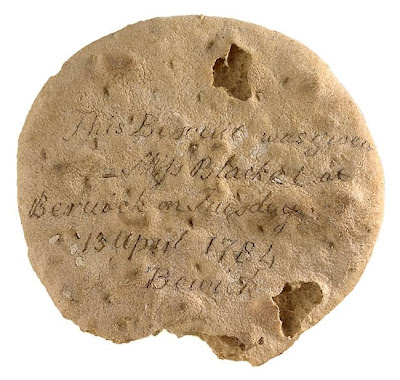 Sweethearts and wives (may they never meet). Naval Toast for Saturday

Patrick O’Brian is dead now. He wrote the book of the film ‘Master and Commander’ which was the first of a series of 20 volumes about Captain Jack Aubrey and his ship’s surgeon Stephen Maturin. O’Brian spent the last 50 years of his life in the South of France. Now you might think stories about seafaring during the time of Bonaparte would be dry, boy’s own type tales but not at all! The relationship between Aubrey and Maturin is touching, the humour bawdy, the technical details of the sails and workings of tall ships fascinating and the ship’s routine, along with the intensely male hierarchy on board, gripping. It has the same appeal as epic tales like Lord of the Rings; you enter a different world, a different era and via them, you travel.

O’ Brian was also a translator, interested in language for it’s own sake. Through the books you would learn the provenance of phrases like ‘in the doldrums’. This is when a sailing ship, which after all depends exclusively on the wind, would get ‘stuck’ in certain parts of the ocean, particularly near the equator, sometimes for months, making no headway. Times like this would be frightening, stores would run low.
Britain is an island and has always been a seafaring nation. Many of our common phrases come from the navy and ships.
I learnt also from these books the difference between navy and marines. Marines are soldiers on ships, navy are sailors who sail the ship.
Running through these novels are descriptions of food, meals and banquets. Aubrey has a grumpy manservant ‘Killick’ who serves him ‘toasted cheese’ and coffee. We sometimes meet the cook and his gleaming copper pans which would be tidied away in preparation for battle. The men would always be given a good meal before battle for it could last for hours and required much physical effort.
The days started early in the navy, men would be scrubbing the decks at first light and the main meal of the day, dinner, took place at noon.
The food had to last for months until the next port. The seamen rarely had fruit or vegetables which is why they got scurvy, from a lack of vitamin C. However by Nelson’s era, the Royal Navy had begun to understand that scurvy could be easily cured by fresh food particularly citrus fruits.
The naval diet consisted of rum rations, salt beef, portable soup and hard tack. At the start of each voyage, the purser would gather the victuals for the journey. Hard tack or ship’s biscuit would be baked four times to render it as hard as possible; as it ages, it softens. It was supposed to last for five years. You’d have to tap it for weevils before eating. This was an era before tinned goods. The ship might also have a butcher for the animals on board. In desperate times, the crew would resort to ‘millers’, a euphemism for rats. During shipwreck, it was known that to drink seawater was fatal.
The captain’s table would have better food. Captain Aubrey adored steamed suet puddings and other hearty English dishes.
My menu for ‘munjy’ Saturday night
Rum grog
A portable soup (an early form of stock cube): Blind Scouse ( a vegetarian Lobscouse)
Ships biscuit
Stargazy pie with herrings (pilchards being out of season)
Pease pudding
Boiled Baby
Maybe some breadfruit, if I can find it.
I don’t need to give guests lime juice (the origins of the word ‘limey’ as British sailors sailing over to the New World ate limes to prevent scurvy) because as land lubbers, I imagine they have had recent access to citrus fruit.
I may add cheese to the menu but I’m having difficulty sourcing the correct type of cheese. Legend has it that the shape of Valencay, a French ash-covered goat’s cheese in the shape of a pyramid, was inspired by Napoleon’s trip to Egypt. Napoleon was rumoured to have liked ‘Epoisses’ on a cracker. Mimolette was another cheese used on ships, for it preserved well. The Royal Navy ate Suffolk or ‘flet’ cheeses, which were skimmed with cream removed, therefore very hard like an old Parmesan, and at times virtually inedible. If you were officer class, you would have access to Cheshire cheese.