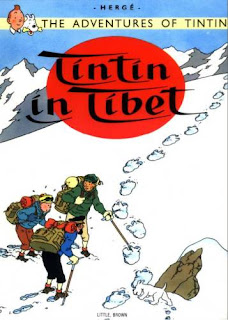 “For christ’s sake: has no one in London got a milkable yak?” MsMarmitelover on Twitter.

Books like Tintin in Tibet and Seven Years in Tibet inspired me to travel there, hitching in the back of Chinese trucks, when the border with Nepal was opened in 1987. Three months later, descending to sea level, blessed suddenly with superhuman strength as a result of my thinned blood, I reflected that it was the most surreal country I had ever visited, like another planet.

Recreating a Tibetan and Mongolian meal in the Highgate Yurt last night was not easy. I spent months researching, emailing, tweeting, asking around for tsampa and yak milk. I wrote to London Zoo asking if they would mind milking their yaks for me. They replied that they didn’t have any yaks. Is it the sea level altitude in London? Is this not a cosmopolitan city? On the tsampa front I was luckier, I came across a website and went to visit Tashi at his home in the East End of London…he comes from the glamorous warrior like ‘Khampa’ tribe, and in my head I nominated him the title of ‘cockney khampa’. 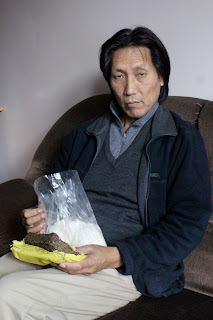 Tashi not only sold me a kilo of freshly roasted tsampa (ground barley) he also prepared it for me Tibetan style and gave me a brick of Tibetan tea and a recipe for momos (Tibetan dumplings). Little vegetation grows in Tibet so the diet is limited. A high proportion of Tibetan males become Buddhist monks who are generally vegan hence they don’t even allow honey. Tashi showed me some recent photos of Llasa, I was shocked. When I was there it was dirt roads and no cars. Now the streets are paved and busy with traffic. Tsampa itself is very good for you, with an earthy smokey aroma. 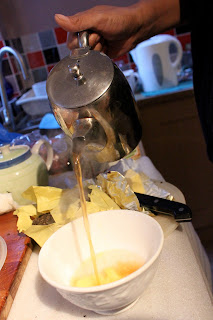 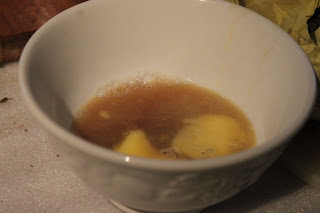 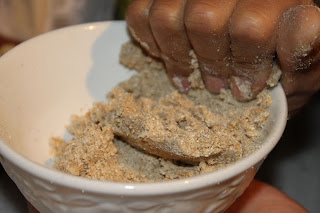 The yurt has an intimate atmosphere and my guests were sat on cushions which again created a feeling of comfort and relaxation. Our waiter was 8 year old Raphy who was delighted at being allowed to stay up late. Eventually yawns got the better of him and he slumbered in a corner of the yurt, which rather added to the nomadic family ambiance. 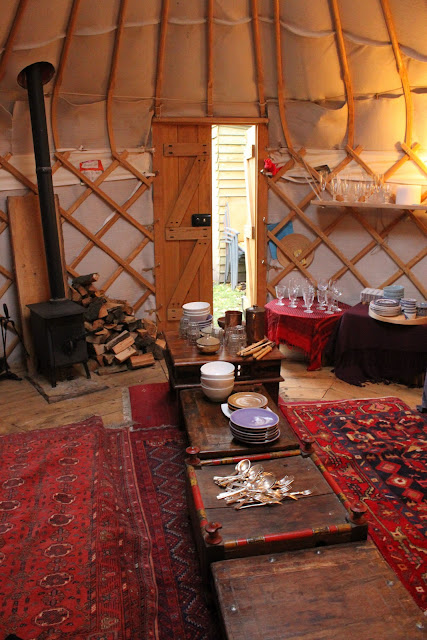 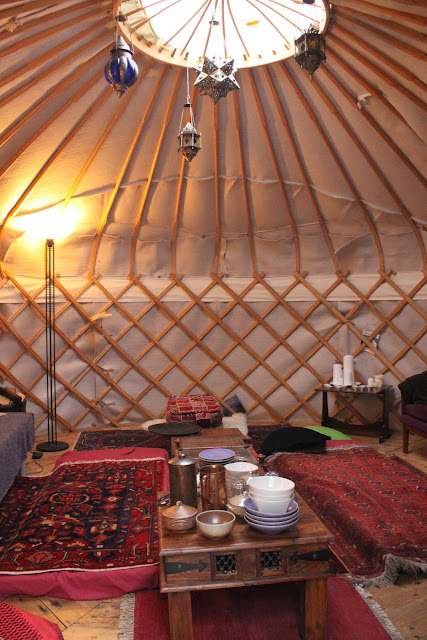 The menu:
Champagne
Vegetable wrapped sushi
Mongolian Peanuts:This recipe, apparently authentic, called for the peanuts to be boiled then simmered in star anise and Sichuan pepper for 12 hours, then roasted and then fried. To me they still tasted like normal peanuts (a Mongolian joke perhaps?) but guests pronounced them the best peanuts they have ever eaten!!

Tsampa bowl: Tashi explained that you melt some butter in hot tea, then mix it with tsampa and grated cheese which you mush together with your fingers. You then pour tea over the top of the tsampa at the bottom of the bowl. A Tibetan delicacy is to wait until the tsampa forms a crust and then lick it off with your tongue. 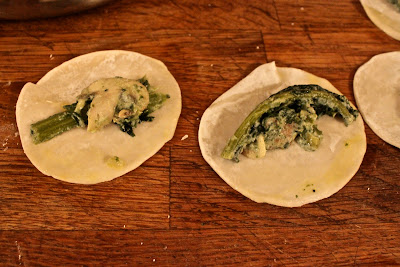 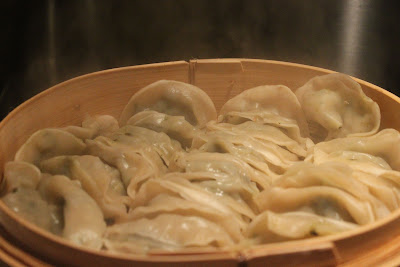 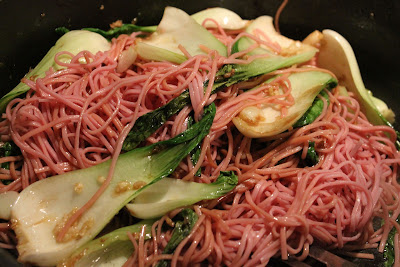 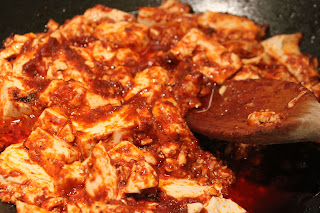 Fried chilli tofu (there was one restaurant in Shigatse that did this dish. It was so delicious I went back every day for lunch, however, it was difficult to enjoy your meal when surrounded by begging children at your table) 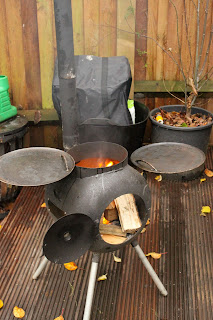 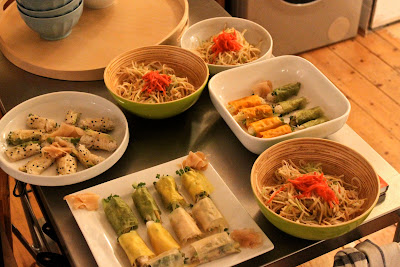 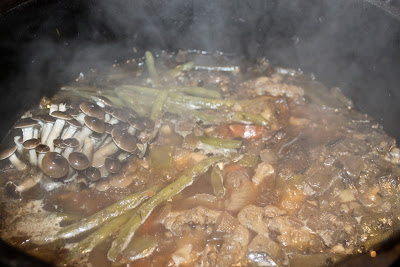 Mongolian hot pot with corn, beans and mushrooms cooked in a Dutch oven, which give unique flavour to food. Often hung on a tripod over a fire or can be placed on top of the fire where the shape of the lid enables the cook to also heap charcoal on top. Dutch ovens were used by American settlers, on the Great Western cattle drives and were passed down from generation. They were incredibly valuable and it was considered a great honour to inherit one. I’ve been reading the Little House in the Prairie books and they carried a Dutch oven on their wagon. An essential bit of kit if you are settling a new continent. 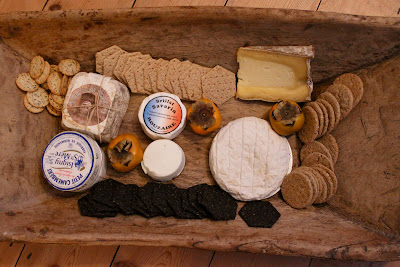 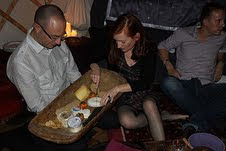 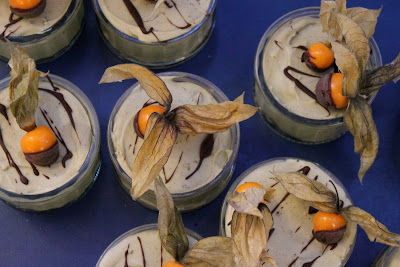 Oolong teas from Jingtea. I’m becoming addicted to their Iron Buddha Oolong. The difference in taste between proper whole leaf tea and the factory floor shavings we get in our teabags is incredible. 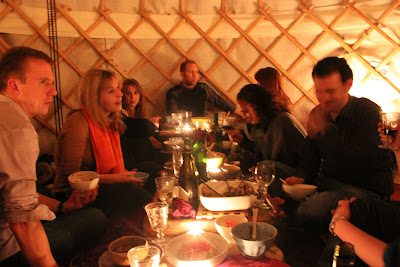 The last guests left at 2 am. 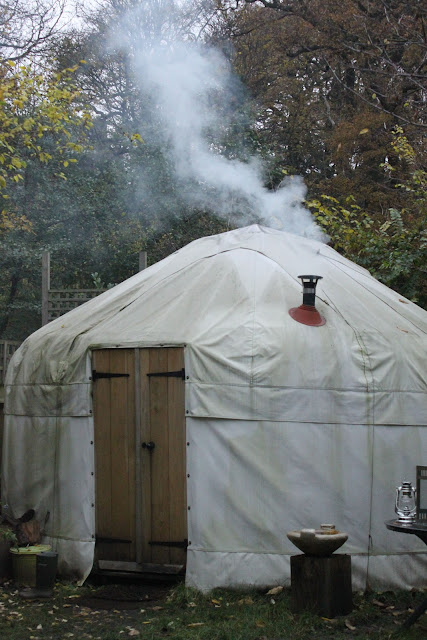