November had come; the crops were in, and barn, buttery, and bin were overflowing with the harvest that rewarded the summer’s hard work. The big kitchen was a jolly place just now, for in the great fireplace roared a cheerful fire; on the walls hung garlands of dried apples, onions, and corn; up aloft from the beams shone crook-necked squashes, juicy hams, and dried venison–for in those days deer still haunted the deep forests, and hunters flourished. Savory smells were in the air; on the crane hung steaming kettles, and down among the red embers copper saucepans simmered, all suggestive of some approaching feast.
Louisa May Alcott ‘An Old Fashioned Thanksgiving’ 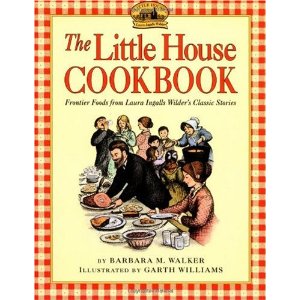 Many of the dishes on this menu have been culled from The Little House cookbook by Barbara M. Walker. It’s one of my favourite cookbooks. Some of the other dishes like the green bean casserole (with a can of mushroom soup and tinned fried onions) and the yams with marshmallows, traditional in Modern America, I’ve just wanted to try.

Menu:
Mulled Apple Cider
Popcorn with chipotle sauce
Cornbread
Yams with marshmallows
Green bean casserole
Fried apples n onions
Tomatoes with cream and sugar
Parched corn if my order from Anson mills arrives
Succotash
Creole salmon steaks w cranberry relish ( a modern twist)
Salad in jello
Pumpkin pie
Pecan pie
Blueberry pie
Coffee by Douwe Egberts, but served American style
Thanksgiving reminds me of Little Women and Laura Ingalls Wilder, the writer of the Little House on the Prairie books. The stories are borne from hard experience as homesteaders occupied a sometimes hostile and deserted America. Far from the slightly saccharine TV series that Michael Landon produced and starred in, the first book tells you how to build a log cabin, how to stave off wolves, how to survive winter with little food where a few crystals of sugar carefully kept in a wrap of paper is a treat. 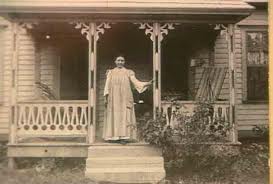 Of course, not being a meat eater, I’m not doing turkey, but how likely was it that the pilgrims at the very first Thanksgiving had turkey to eat?

Previous Post: « News! Lots of it!
Next Post: Little House on the Prairie themed Thanksgiving supper club in pictures »