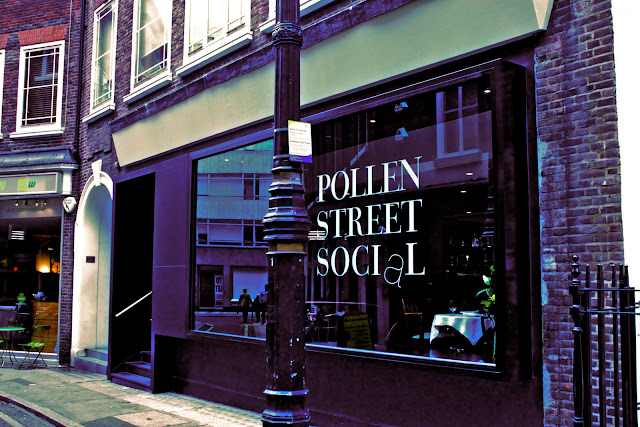 Post Camp Bestival, I felt like I deserved a few nice dinners…and I’d heard great things about Jason Atherton, the chef who runs Pollen Street Social.
I mentioned that I was going on Twitter:

‘Get the cocktails, they are amazing’ I was advised.
I was also recommended the ‘Burrata, heirloom tomato, gazpacho starter’.

The first thing I noticed was the special stool for your handbag… I guess if you’ve spent £600 on a bag you don’t want its expensive bottom on the floor. Mine cost £30 from Hennes but I appreciate the thought. 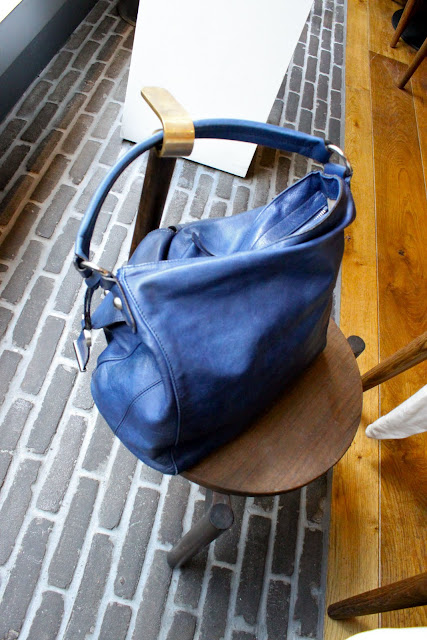 Then we ordered some of the famous cocktails which were spectacular: 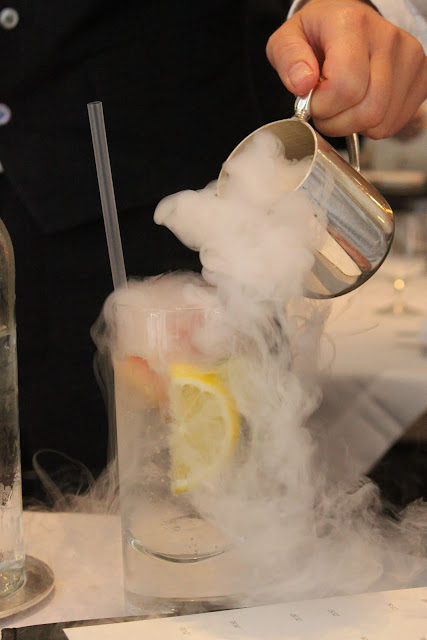 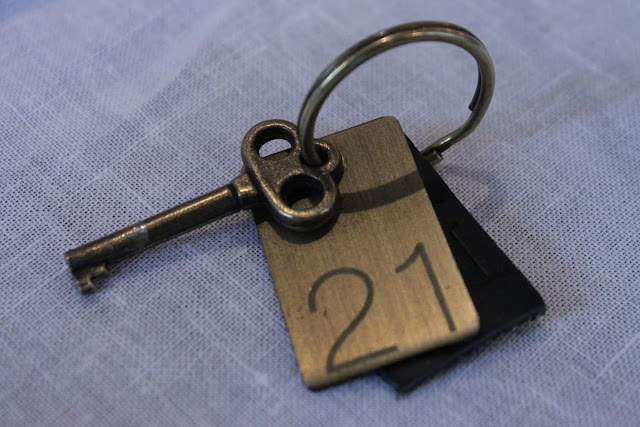 The ladeez were given a key and promised a little present to collect at the end. This turned out to be a canelé cake. 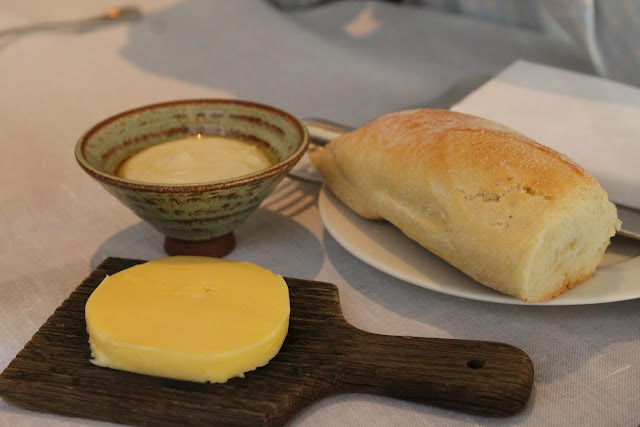 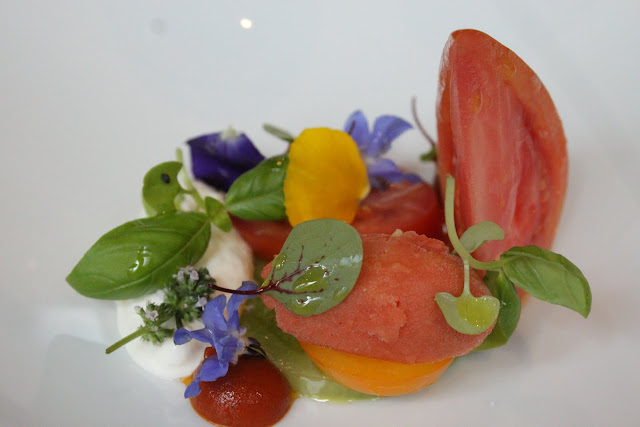 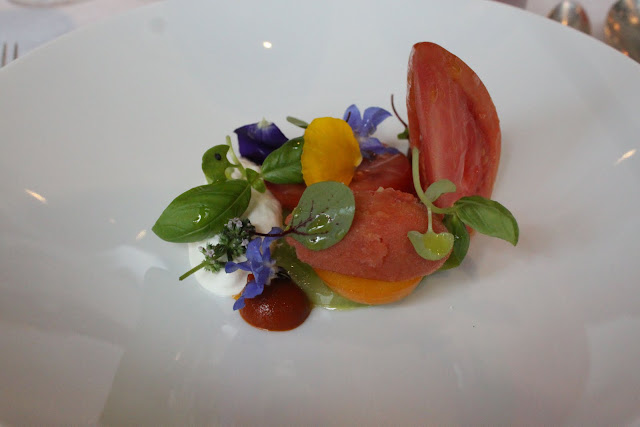 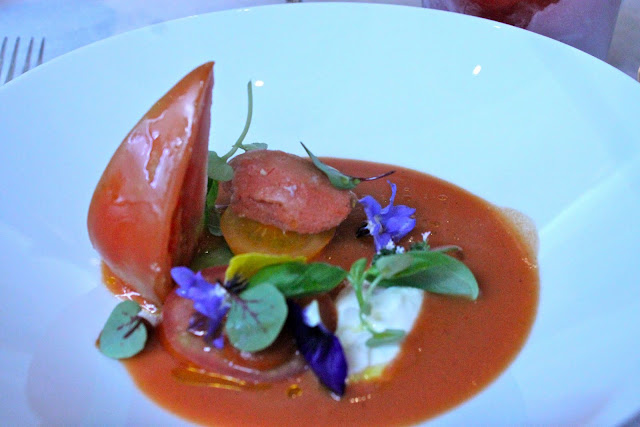 I ordered the famous Burrata, heirloom tomato, gazpacho starter. Ok, how to explain the size of it without actually taking a ruler for scale. The top pic looks…well large doesn’t it? The second pic gives you more of an idea. Three ‘heirloom’ tomato segments in a vast white bowl. A tea spoon, literally, of burrata. A quenelle of tomato sorbet. Then they did that posh poury thing of the gazpacho around the work of art in the middle. I’ve done it meself. The punters love that kinda shit and it’s a great way of making a soup more interesting with some kind of food sculpture in the middle.
But Jase my love, why so fucking mean with the burrata? I LOVE burrata. This was a prick tease of a dish and not in a good way. With burrata you want a bulging testicle of a cheese curd, that you can gobble teabag style (look it up you bunch of vanillas), not a mingy tea spoon. And the heirloom tomatoes…they may have been different colours but they tasted crap: acidic, flavourless, hard, cold. Tomato sorbet…meh. Gazpacho, another thing I totally love when done right, but it was pretty bland, under-salted too, and no discernable sherry. Nicely plated, a few strands of borage, a pansy petal ect, all very current, all very cheffy, but so what ultimately. Where was the flavour and the hospitality, the generosity? Movie executives talk about ‘seeing the money on the screen’. What they mean is, the budget was evident in the movie, it wasn’t wasted. For me, this dish wasn’t worth £9.50p. I felt deprived. The money wasn’t on the plate. 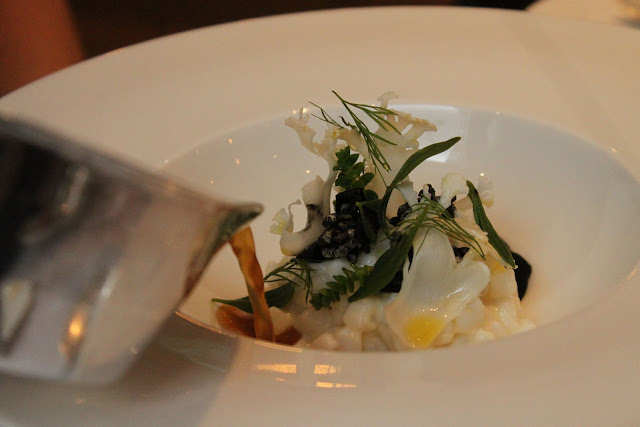 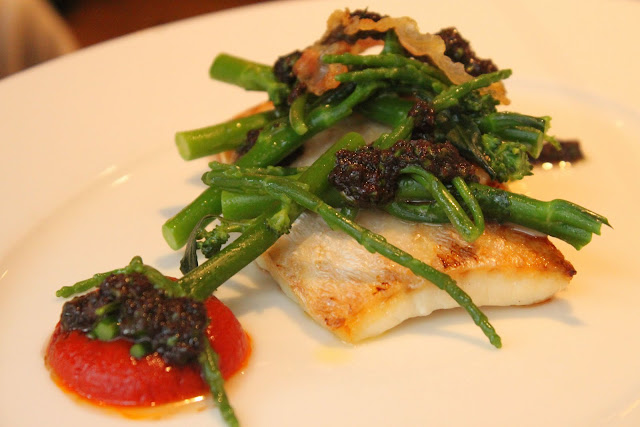 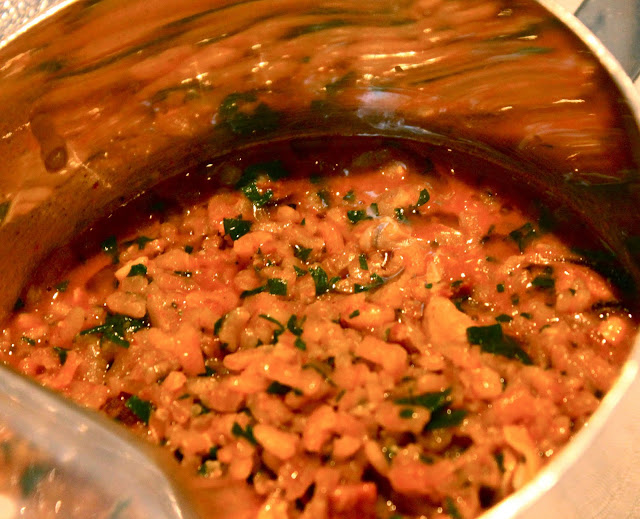 Came with mini copper pan of paella. Tasted it. Good. 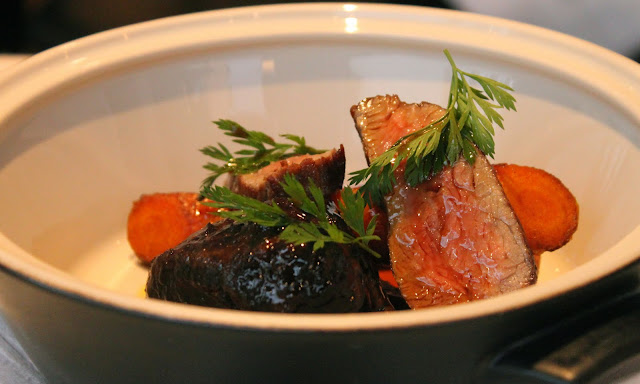 Ox cheeks. My companion liked it. Nobody ever uses the word companion except in a restaurant review. 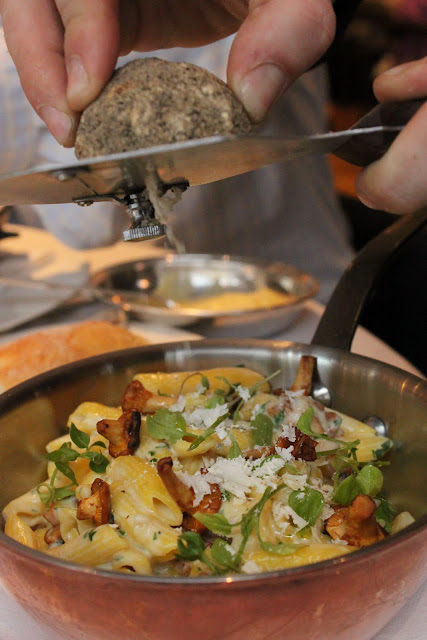 I decided to order from the vegetarian menu for my main. This pasta sounded lovely, girolles with cream, summer truffle I think, or was that the Swiss cheese grated on top? I had to ask the waiter to keep going with the cheese. Meanie. Anyway as I chewed through the gritty girolles and the dull sticky penne, and played hunt the salsify (very small bits), the head waiter asked us if we were enjoying our meal. I shrugged. His jaw dropped. He came closer:

“It’s ok, I’m not sending it back, it’s just not very interesting”.

He straightened his back and sniffed “I’ll let the chef know”.

As he was parting, I called out “Don’t spit in my food”.

This was quite bad behaviour on my part (note to self: no cocktails ever again), especially as it was a business lunch. But my fellow eaters agreed: 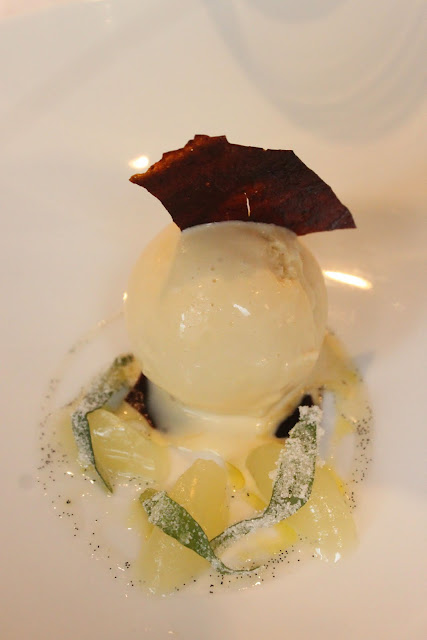 Puddings: we were into stronger territory here. LOVED the candied tarragon and will copy forthwith. Was interested in the hay ice cream as want to do some cooking experiments with hay, but there wasn’t that much of a hay flavour. This pudding was supposed to come with rice pudding, pessimistically I thought maybe it was a couple of grains hidden underneath the garnish but fortunately a little copper pan of vanillary rice pud arrived to accompany it. 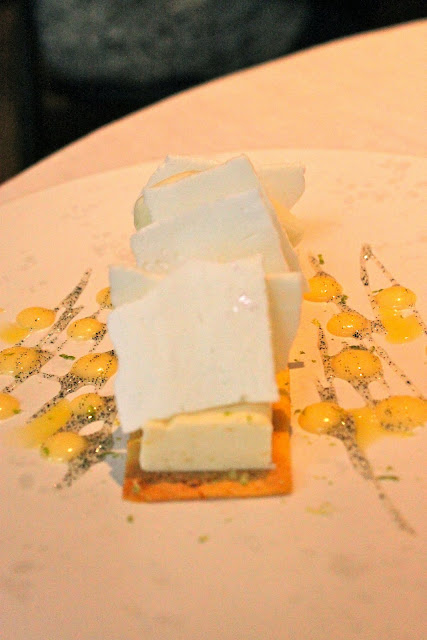 This was good too, with some sort of astronauts air-dried candy on top. (Remember eating something like that in the Washington ‘Space’ museum). 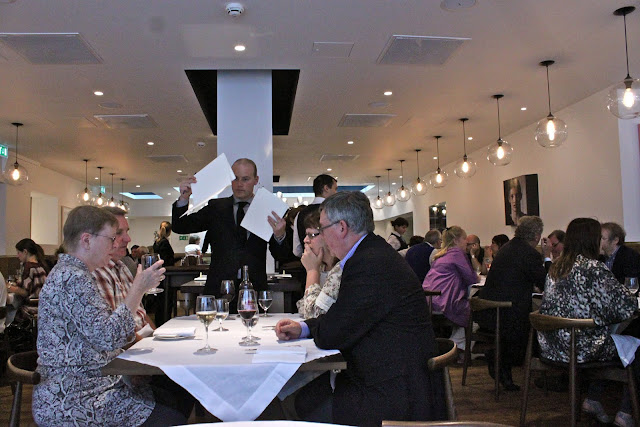 Maybe it’s me though. I just don’t think I get posh restaurants, I’m too much of a peasant. If it’s all form and little content (taste) then I get depressed and fractious. But customers/critics/bloggers seem to like that here. But it leads me to ask: Can the English cook? And do they know how to eat? Why do people want to go to restaurants and pay lots of money for teeny weeny portions?