At Saturday night’s dinner at the Red Currant Supper Club in Belfast, we got to discussing the Reverend Ian Paisley.

“You won’t hear a word against him from his constituents”, said the woman opposite. “If there’s a death in the family, he’ll be there”.“Either side? Catholic or protestant?” I queried.
“Yes”, she nodded “Catholics too. He’s the most extraordinary constituency politician in the world“. She said ‘in the world’ loudly to make sure I knew she meant precisely that.
The journalist next to me recounted how she, along with 3000 others, attended his last sermon on January 27th this year. “He was so frail. They heaved him to his feet. He started weakly but then got his… blood up… the voice got stronger. He’s fire and brimstone, the kind of preacher they don’t make anymore. All the ladies wore hats, like at a wedding, or Ascot, but in black.”

I wanted to go to church on the Sunday. To see the last few ladies in mantillas in the Catholic churches, to see the Iris Robinson Presbyterians writhing on the floor and speaking in tongues.
It’s strange to be in a country where God and his team colours, be they orange or green, matter so very much. You have to watch yourself. The tourist must resist the rude urge of wanting to ask each soul: “Catholic or proddie?”. People from there just know, from the accent (the pronounced ‘h’ or not), the name, the part of town they came from, probably other clues.
I was pulled up for calling everything by the wrong name. Ireland or Eire is ‘The Republic’. ‘Northern Ireland’ is acceptable terminology, although ‘Ulster’ probably isn’t. Saying ‘The Union’ is counter-intuitive because it doesn’t mean union between Northern and Southern Ireland, it means the union of six British counties. Do not say ‘mainland’ either when talking about the larger island looming next door.
Around the table that night I also cupped my ear to the variety of accents from Belfast to Donegal and Cork (which sounded almost German, although some linguists say it is the nearest relic of Elizabeth English). This small island has so many voices. 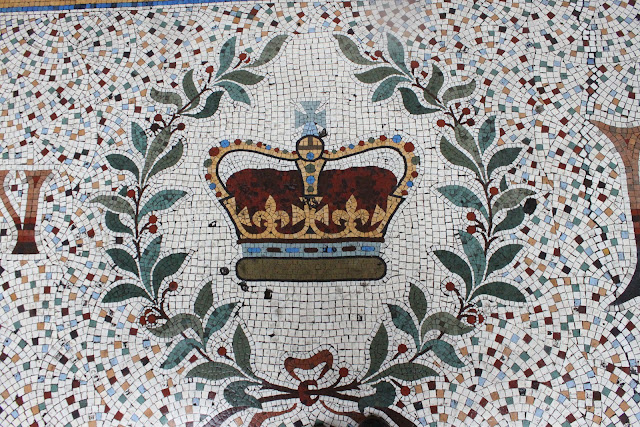 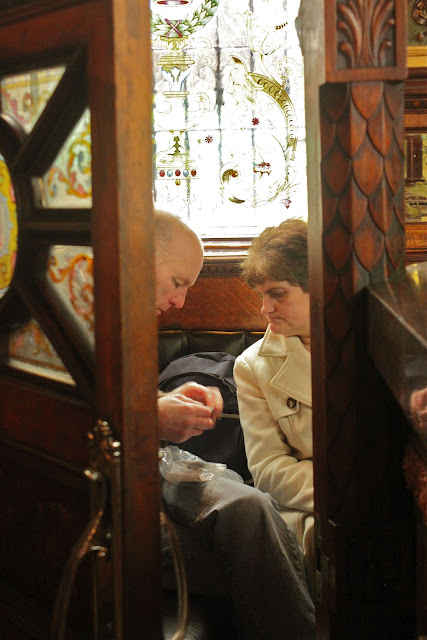 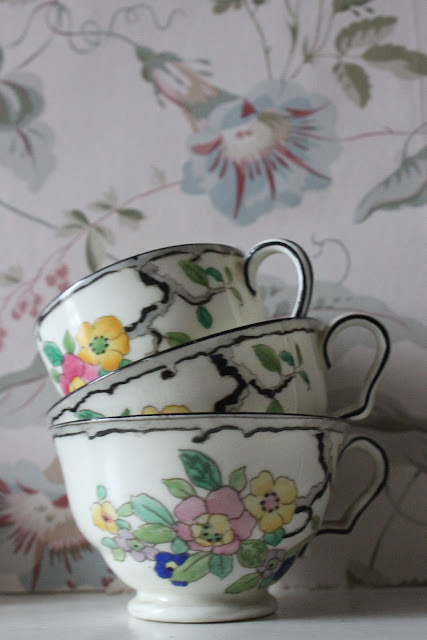 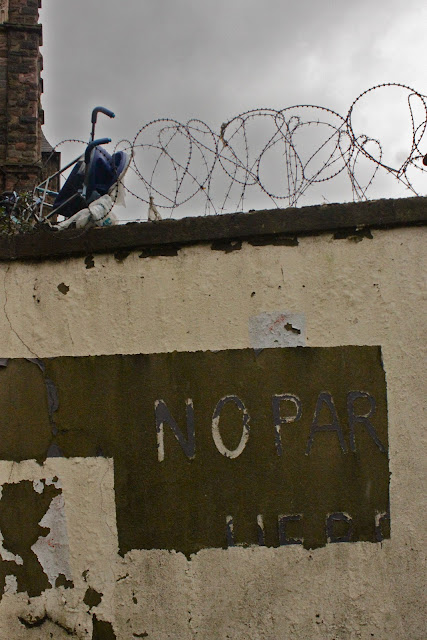 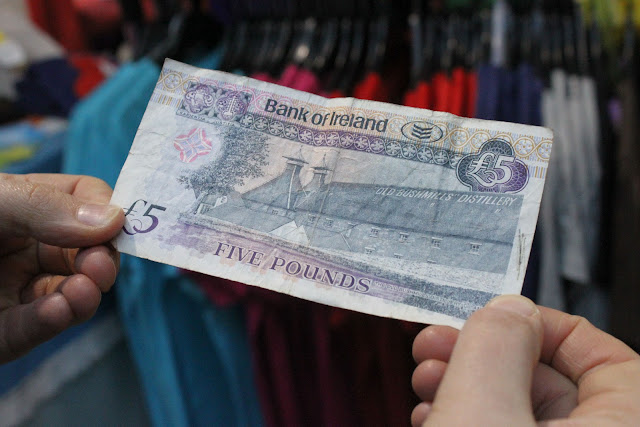 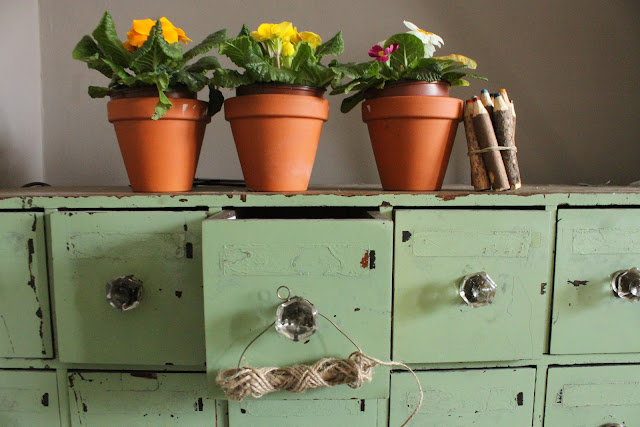 The last time I went to Belfast was during a period known by the winsome euphemism ‘The Troubles’. It was during the marching season; my knees shook as I took photos of satin-sashed men, the bright orange fringes punching through the darkened sky which span with black saucers, bowler hats thrown aloft in protest. The swirling atmosphere was terrifying. A young punk, I was loudly denounced as a police spy by a wild-eyed old lady. Sinn Fein ‘We Ourselves’ arranged white clothed tables bang in the middle of the road; hosting surreal street tea parties, giant teapots, shoulders like pottery urns, stood proud, manned and poured by guitarists strumming songs. The Catholics possess innate PR skills and deft left-handed wit and romance.
Today, at the George Best (Northern Irish, Protestant, did ye know?) Belfast City airport sells green shamrocked ‘Irish’ souvenirs rather than British flags and postcards of ‘No surrender’ murals.
Belfast isn’t, with the best will in the world, pretty. But it is interesting. Conflict and disaster are part of the Belfast brand, you can do taxi tourism of former hot spots and the Titanic was built here. Fifteen years ago, you had to pass army check points to go shopping downtown. People didn’t go out and the habit of staying local hasn’t quite dissipated.
I stayed with my hosts, Clare and Siobahn, in their beautiful home in North Belfast, an ‘interface’ area. While West Belfast is predominantly Catholic and East Belfast is loyalist, North Belfast is mixed: catholic and protestant live cheek by jowl, a patchwork delicately negotiated by knowledgeable inhabitants. I tried to walk up to the Antrim Road, bent against the freezing rain, following Google maps on my iphone. Google maps, however, does not take into account ‘peace walls’; walls of hoardings, a large proportion of which have been put up since the Good Friday peace agreement, designed to cut off one community from the other, one even splitting up a local park. Getting closer and realising the pedestrian gate was locked, I sighed and turned back to the main road.

“How do I get to the Antrim Road?”, I asked a young man. “There’s a peace wall up ahead so I can’t go down that way”.“Aye, it’s to keep the scum out”, he winked. “Best take a taxi”.‘What type of scum would that be?’ I thought, but didn’t dare ask.
On the Antrim road, I dried off in a corner pub. “Are you ok?”, texted Clare. “You aren’t in the UDA pub down the road are you?”

I was in a Catholic pub, it turns out, eating Cheese and Onion Tayto crisps and sipping a snail drawn pint of Guinness to a background of ‘Dirty ole Town’. I was the only woman in there.
Red Currant supper club is run by three good friends; Clare, Siobahn and Justin. Clare bakes her own bread (every two days, “my mummy taught me”), butter comes from a local dairy, vegetables are often from their own plots. Siobahn Craig runs community gardening project Grow, which is how she met Justin Nicholl, a local father who is bringing up three boys while his wife works as a teacher. Despite the prejudices of fundamentalist Christians prevalent in Northern Ireland, who insist that being gay can and should be ‘cured’, there are at present only two supper clubs in Belfast and they are both run by lesbians who love gardening. This is pure coincidence, they don’t even know each other.
Sarah who used to host Plot15 (named after their allotment) with her female partner but they separated and she now runs Studio 37 supper club . Her new partner, Dawn is the sister of James of @cakesbyjames who trained with Bea Vo of Beas of Bloomsbury; they both run the excellent walk up bakery/tea room in the centre of Belfast.

The Northern Irish musician, Van Morrison, is from an Ulster Scots family in Belfast. Coincidentally, he was playing at The Odyssey the weekend I was there. I would have loved to have gone, I was brought up on Van. My dad took me to see him at Knebworth musical festival during my childhood. Justin gave me the Van Morrison tour, through Cypress Avenue, to where Van would walk home the richer girls from school, to his tiny working man’s terraced house, past all the gleaming glass of Van’s early job ‘Cleaning Windows’.

Here is a slideshow of my visit with some songs from Van Morrison. Hope you enjoy it as much as I enjoyed my visit to Belfast.