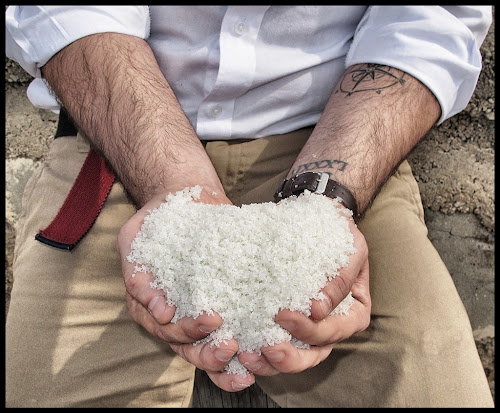 Salt in the Bay of Piran, Slovenia pic: Kerstin Rodgers/msmarmitelover

According to the guide at the Piran salt flats, dry salt all tastes the same. It’s only when it is wet that different flavours emerge. He confirmed what I always thought, when cooking: sea salt, that is ‘sweet salt’, is saltier so you need to use less.

In the Bay of Piran, that tiny shimmering crescent of access to the Adriatic Sea, the traditional method is used to make salt, the last place to use it in Slovenia. Many of the salt farms were abandoned in the 1960s due to an influx of cheap salt from Africa. This salt is grown underwater, using a blue/green algae or cyanobacterial carpet, plus clay and carbonate which creates a Petola crust.
There are seven different types of Piran salt, of different densities: the denser, the better quality, with more minerals and smaller granules.
The best salt from Piran results from 40 consecutive days over 30ºc without rain. This only happens every three to five years. This salt is highly valued, costing 20 euros a kilo in Slovenia but 100 euros for the same amount in Japan.
These are the most northern saline fields in the Mediterranean. Situated one metre below sea level, here, the salters, 35 in all, harvest daily. Each salt pan has a hut where they keep their tools. Salters are men, whose fathers and grandfathers have done the same job. The work is highly physical with long hours.
Starting in April, every day they must cultivate a special mud mat from the sea. They work 4 am till 11 am then 4pm till sundown. In the peak periods, entire families help. Their average salary is approximately 600 euros a month, plus extra for good quality and more production.
Each salter can produce five tons each day, for 100 days. They produced 6,200 tonnes last year and 50 tons of the ‘salt flower‘ fleur de sel’, the highest quality. In the year 2000, there was no salt. It rained too much therefore the salters only got minimum wage.
The average salinity of sea water is 3.5% (which means that if you take a litre of sea water and boil it for a couple of hours, you will be left with 35g of sea salt). Piran salt has eight times that salinity. Like sel gris cooking salt from France (which I always bring back from visits), it’s damp or ‘oily’ in feel.
The Piran salt pans are important for wildlife: rare and endangered birds nest there. The creatures, such as brown shrimp, that live in the extremely salty water are called, rather brilliantly…’extremophiles‘. 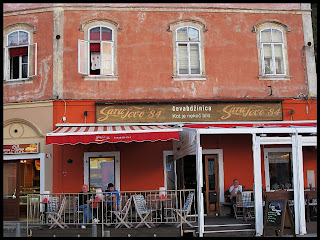 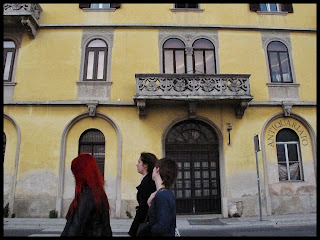 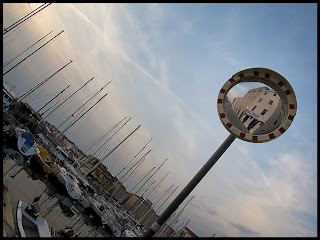 Pictures from Piran in Slovenia.