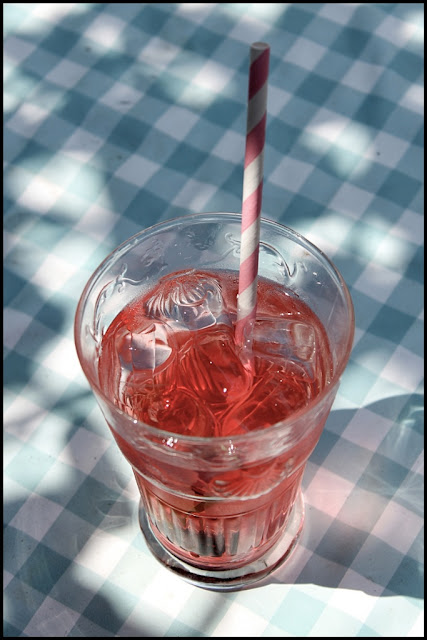 I was sent a Soda Stream machine this week, a 1970s relic which has been re-branded and updated, and boy have I had fun! Plus it couldn’t have come at a better time with the hot weather.
Sodas or ‘fizzy drinks’ as we call them in the UK, were sold in drugstores in the USA because of a belief in the health properties of carbonated water.
Artisanal sodas are bubbling up over in the states: Brooklyn, with its thriving food culture seems to be the epicentre of the home made fizz (www.brooklynsodaworks.com and  www.NonaBrooklyn.com to name but two companies)
Back in 2011, I visited the Brooklyn Farmacy at their stall at Brooklyn flea, now they own an actual drugstore. So cool!
Soda Stream comes with ready-made sachets of flavoured syrups but I thought I’d prefer to make my own artisanal syrups.

Obviously the great thing about making your own syrups is that you can reduce the sugar if you wish, you know it has no nasties in it like aspartame, and you can make unusual flavours.

You fill the bottle that comes with the machine with ordinary water then carbonate it in the Soda Stream. Then you add your syrup. It’s like having your own home soda fountain. Even the teen is impressed. Now all I need to do is pull on a tight sweater and hope to get discovered like Lana Turner. 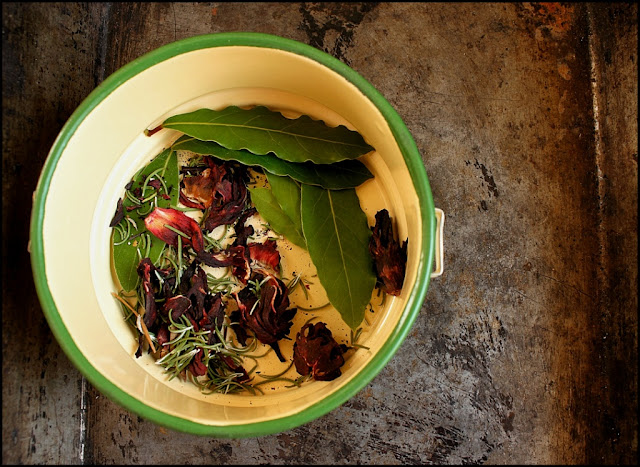 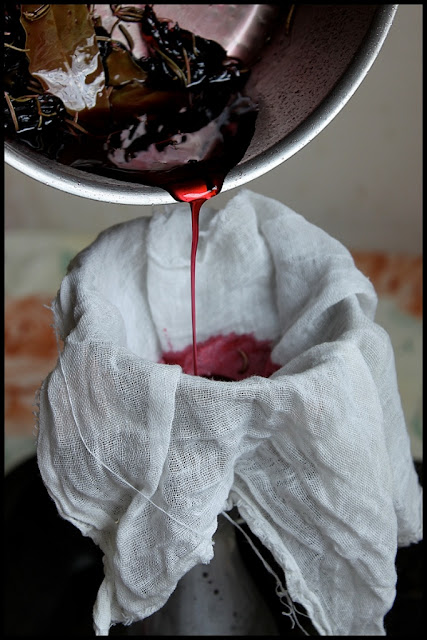 A few sprigs of rosemary

Put the ingredients in a heavy bottomed sauce pan and heat until the sugar is dissolved. Keep on a low heat for 20 minutes. Then strain the syrup (with a cheesecloth and funnel or through a chinois) into a bottle.
Make 1 bottle of soda stream water, using their special bottle then add half the quantity of syrup. Or just add fizzy water. 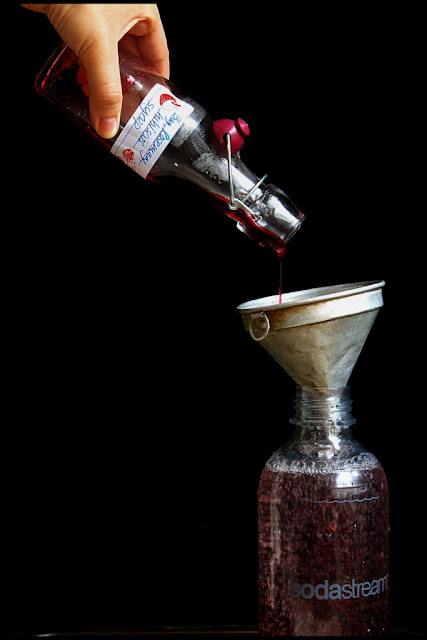 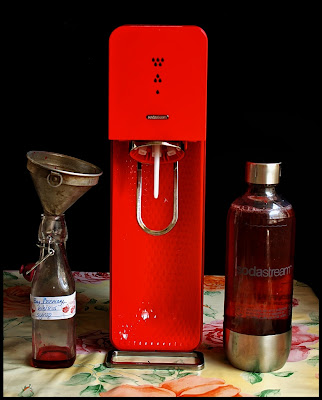 One year ago: Spaghetti in a bag

Three years ago: A revolutionary bouillon and a collapsing ancien regime croquembouche

Previous Post: « Mexico: tropical fruit with chilli and lime in a watermelon bowl
Next Post: On the barbeque: fish in newspaper »