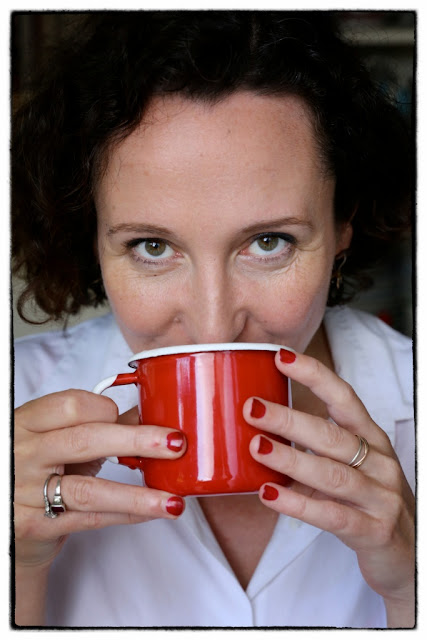 Henrietta Lovell, a kind of sexy Nancy Mitford, came over for a cup of tea last weekend. Ten years ago, she started her business, The Rare Tea company, and has single-handedly revived an interest in tea as a serious drink. Now there are thousands of small tea companies, which can only be a good thing, but hear this: Henrietta was the one that kickstarted this movement.
She talked to me about the history of tea and how we got to be in the state we are in, drinking bags full of factory tea dust rather than whole leaf tea.
All tea is from the same bush, camelia sinensis. Yes, green, white, black, oolong, the lot. The difference lies in how it is processed- white being the least, through to green, oolong, black and finally pu’er. The leaves are picked early in Spring, in the morning, just the tip, and then hand rolled in a wok.
In the 18th century, the Duchess of Bedford started a trend of drinking tea mid-afternoon in her bedroom. She’d invite a few aristo mates.
Tea was stratospherically dear, pricier than champagne, so it was kept in elaborate wooden caddies with lead lining in cupboards under lock and key. The mistress of the house would carry the key on her belt. This tea was mostly green tea, not black tea, which is what we generally drink today. Black tea only became popular about 50 years afterwards.
It wasn’t taken with milk and sugar either. There would be a pot of hot water (a samovar), and it would be poured, just enough for each cup, into the tea pot. Tea was drunk in infusions, just as the Chinese do today. Henrietta told me that the Chinese say:

In China, they spend more on tea than they do on alcohol.

As tea drinking became more popular as a social event, afternoon tea moved from the bedroom to the parlour and servants would prepare it.
Tea filtered down (haha) to the general populace. Everyone drank tea. Up north, workers have tea instead of dinner because when they got in from work, they’d have a big pot of tea with their meal. The housewife would make a pot of tea then strain it into a Brown Betty teapot which they’d have on the table with their food.
Middle class housewives would create their own blends with the aid of their local grocer.
Things carried on like this for ages, until the Second World War, when, horrors, there was threat of a tea shortage. Tea was considered so important for war-time morale (on a par with fuel and food) that the government bought it in bulk and stored the tea in warehouses for the duration of the war. But the government weren’t buying for taste, they were buying for price. The tea wasn’t very good quality. People started to add milk and sugar.
Just after the war, in 1946, George Orwell wrote an essay on tea. Henrietta suggests that his essay was propaganda, on how to make tea with the low quality stuff. This is where the legend of the boiling water came about. Good tea should not be infused with boiling water but tea bags and poor quality tea need it, or there is no flavour.
Tea has also been used to clean: when my mother was six years old and in hospital to have her tonsils out, nurses threw damp used tea leaves onto the floor then swept up the dust. No chemicals were used in those days.
The next tea revolution came about in the late sixties, 1968 to be precise, when the first tea bags, a new-fangled thing from America, started to become popular in the UK. In 1968 only 3% of the population used tea bags. Everyone possessed a tea strainer.
In 2013, only 3% of the population use loose tea. Henrietta has been working for a decade to reverse this. She mostly works with Chinese, Indian and African tea gardens. She recommends Postcard teas for Japanese tea. It’s hard for a woman to do business in Japan. She’s experienced speaking to Japanese growers and businessmen and being ‘blanked’. Very politely of course, it’s Japan after all. It’s as if you haven’t spoken at all. The Chinese, on the other hand, are very meritocratic, it’s all about business and gender prejudice is simply not good business.
Henrietta created RAF tea, which is sold in Waitrose, developed with WW2 veteran Terry Clark. Ten per cent of the profits go to the RAF. She travels all over the world, forging relationships directly with farmers so that they get a fair deal for their hard work, no middle man involved. Recently she travelled to Calabria to procure bergamot (a gorgeous scented citrus fruit) for the oils in Earl Grey.
I think she’d go down a treat in America, with her energy, drive and enthusiasm and her English manners. Americans tend to drink iced tea and Henrietta is trying to convert them to cold infusions made with better quality tea.
Henrietta appeared on The Apprentice last year, which mischaracterized what she does and her product, which was a shame. Still, she’s reached a different audience, so perhaps it was worth it.

This is her advice:

Buy Henrietta’s tea here. I tried the silver tip white tea and the whole leaf green tea, both were so refreshing and delicate. We have to train our palettes to appreciate more than bog standard tea. 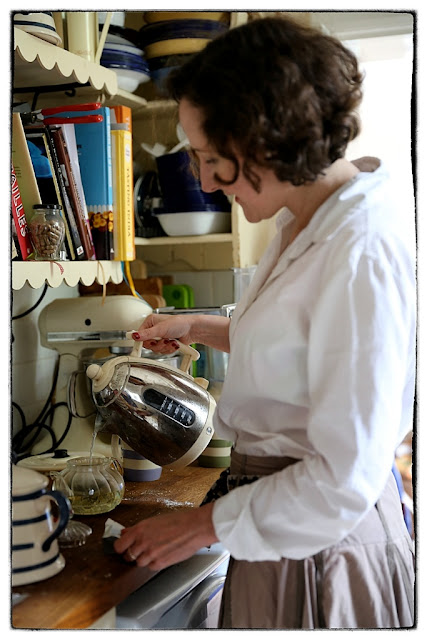 There is a famous Snowdon picture called ‘Einstein thinking’. I feel I’ve captured a similar atmosphere here. Henrietta Lovell putting the kettle on and below Henrietta pouring tea! 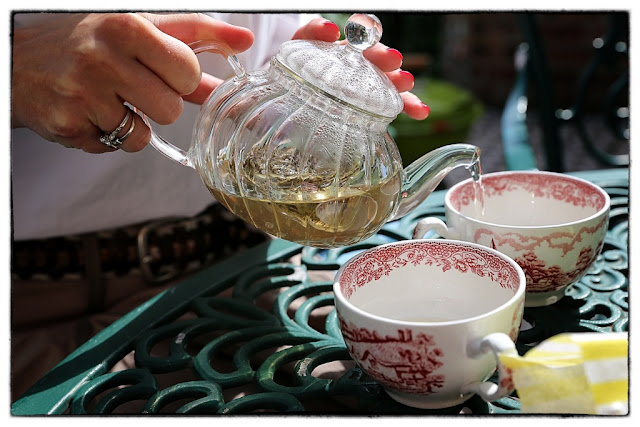 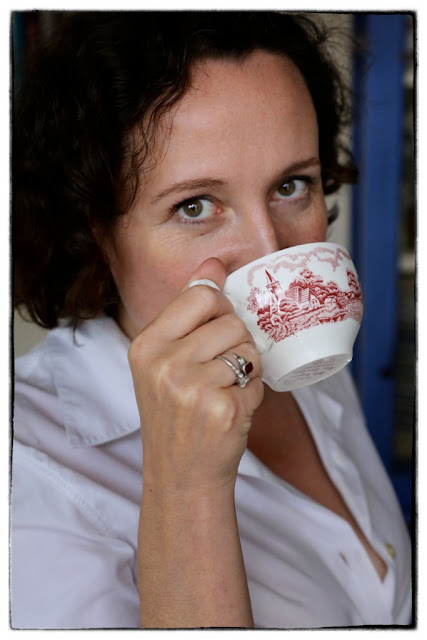