I’ve been busy this month, too much work. But I love it. As Joan Rivers says “What fun is this, to wake up and say, “I don’t have a minute free today?” It’s fabulous.” Cos I’ve been that person who has no work. In the two decades that I’ve been a single parent, I spent approximately one decade of it unemployed (in as much as a single parent can be unemployed), frustrated, silenced, wanting to be a part of the conversation and having no voice. This is why blogging is important, especially for women. To this end, for the last three years I’ve talked at the Britmumslive conference, an annual parent blogging event. In the last talk I got a bit heated because of the emphasis on ‘monetising’ your blog. I think it’s vital that blogging is not entirely taken over by PRs and brands. It’s essential that we make the most of this opportunity to have our voices heard and not just be chasing the freebies. Blogging is revolutionary, access to mass communication. It changes lives. Food writing has always been the preserve of connected upper middle-class women and men. And now it isn’t. 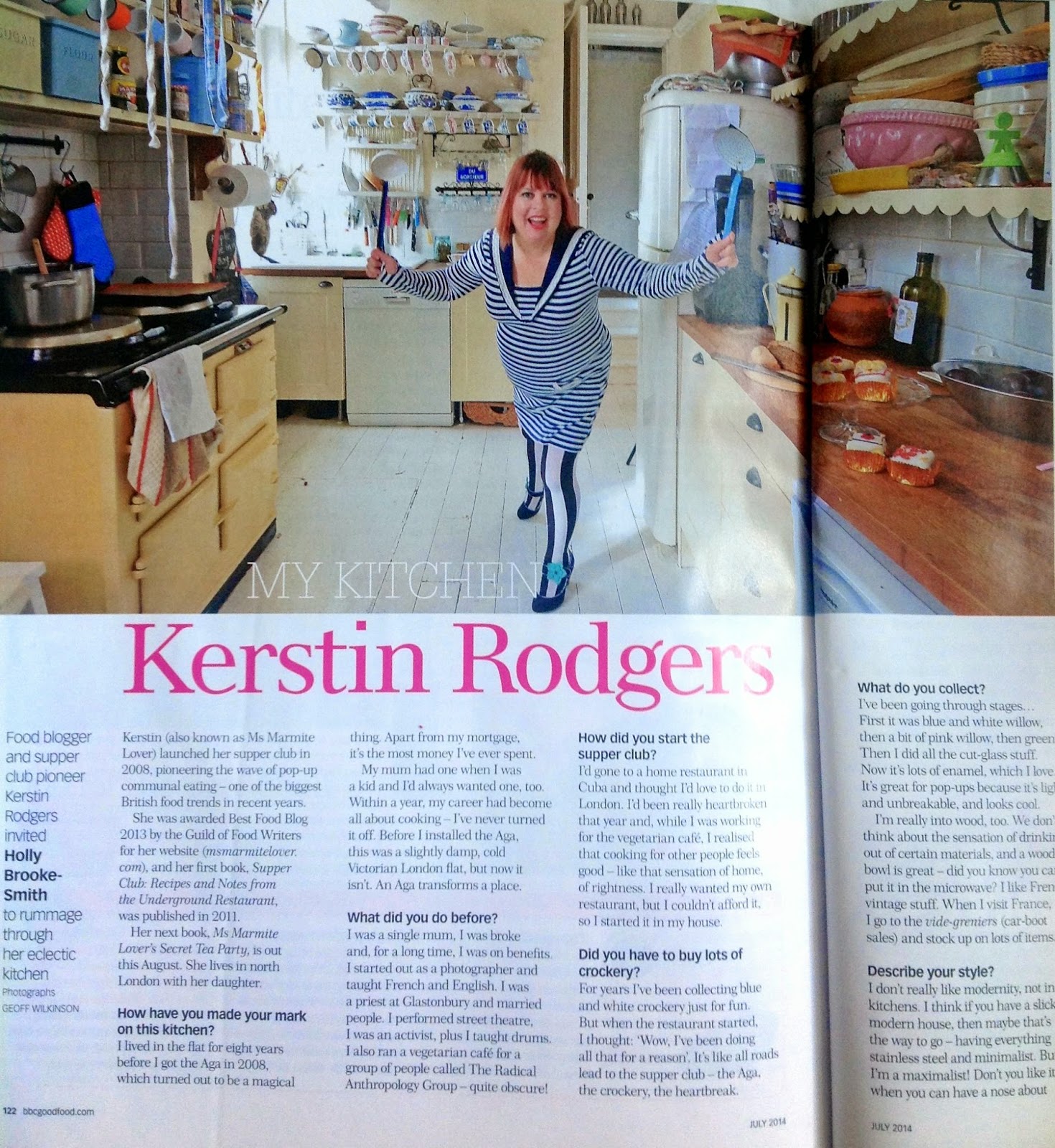 BBC Good Food magazine ran a three page spread on me and my kitchen. I’m obsessed with homeware and crockery, and appreciate any opportunity to talk about it.

I did a camping food video for South Africa fruit. We filmed it at safari park Africa Alive in Norfolk.

I attended the National Restaurant awards at the Hurlingham Club. Notice anything about the pictures above? Virtually everybody has only one ‘X’ chromosome. The women that attend? Mostly front of house, WAGS (wives and girlfriends) or PRs. It was a good event, rubber-necking at famous chefs, however. I had a chat with Robin Gill of the Dairy Clapham. Last year Marina O’Loughlin wrote a very positive review of this restaurant in the Guardian. But it was the comments that provided the most entertainment, specifically the complaint by Angeliqiue(sic) Murphy, which went viral. Robin Gill told me that the restaurant was accused of writing the comment themselves, which, while untrue, is not a bad idea for the creative restaurant PR. 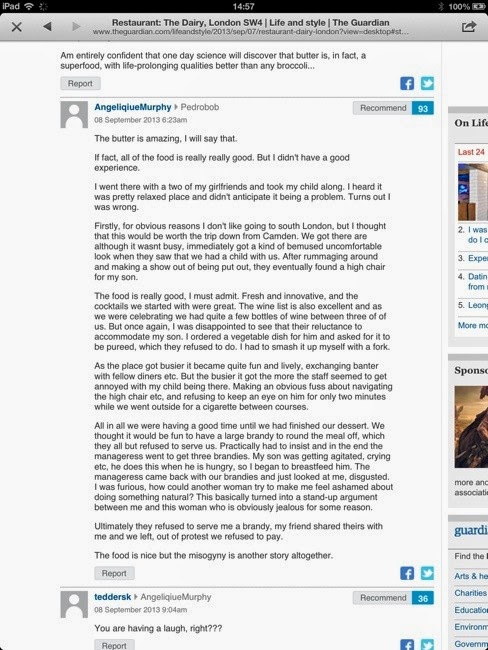 I went to the annual Stoke Newington Literary Festival to attend a talk with Viv Albertine of The Slits who has written an autobiography ‘Clothes, clothes, clothes. Music, music, music. Boys, boys, boys.’ I’m reading it at the moment, it’s almost like reading my own autobiography, except for the part where she joins the groundbreaking female punk band. Being a punk in Muswell Hill, you really felt like the only punk in the village. I remember arriving at Creighton school at break with spiky blue hair and having 2000 kids scream and laugh at me. I remember walking down the street and a red bus would pass by and every head would turn and stare at me, mouths open, in unison. I remember seeing The Slits play at the Vortex and Palmolive thumping the drums and thinking ‘girls can be this too’.