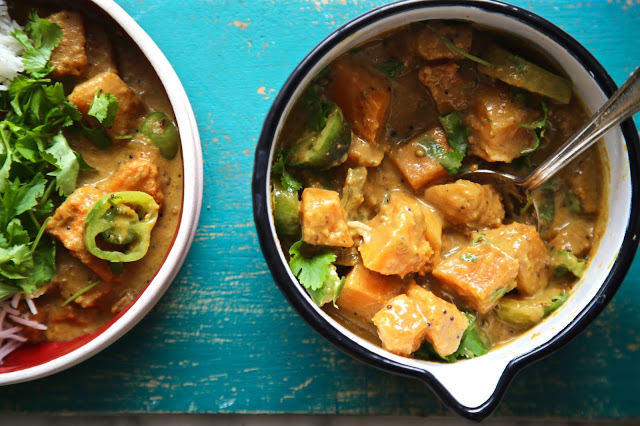 Fresh herbs are often the difference between a dull dish and one zinging with flavour. Coriander is the most frequently used herb the world over, used in several continents comprising both Asian cookery and Latin American food.
For years parsley was the most popular herb in Britain, but it now has a slightly dated and naff reputation. Curly parsley, in particular, is used mostly as a garnish. Flat leaf parsley is preferred by cooks under 50.
Today coriander has taken over. According to lovefreshherbs.co.uk, who supply most British supermarkets, it is number one in the herb parade. The biggest coriander fans are Londoners and cities with high Asian populations such as Bradford and Birmingham. Why? For their curries, of course.
Don’t forget to use every part of coriander: the stems and leaves, but also the pale roots for Thai-style curries.
This is a great way for gardeners to use up the last of their tomatoes, some of which are still green.
In this recipe I’ve also used fresh ginger and turmeric roots. I keep them in the freezer and grate them directly into dishes as and when I need to use them. Kashmiri chillies are also the key to an authentic curry; they provide depth of flavour without too much heat. Order them online. To use dried chillies, soak them in boiling water for half an hour then snip off the stems and deseed. 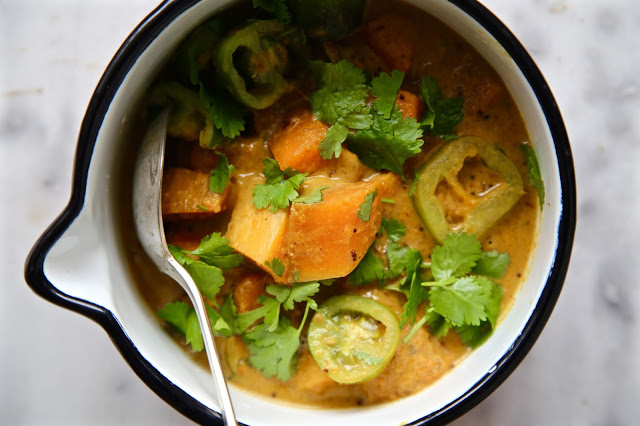 
Go to Metro.co.uk for the rest of the recipe 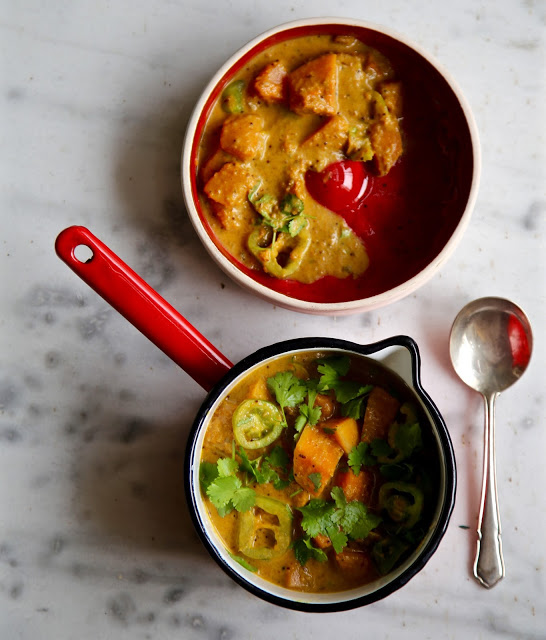