You can also catch up with my writings at Contently. 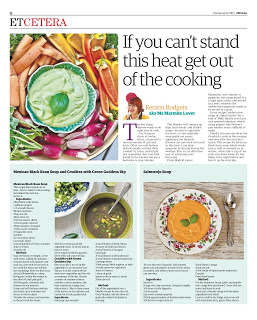 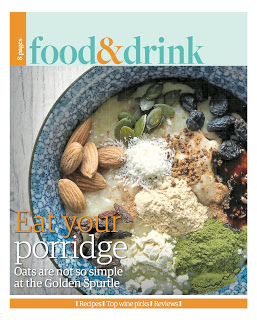 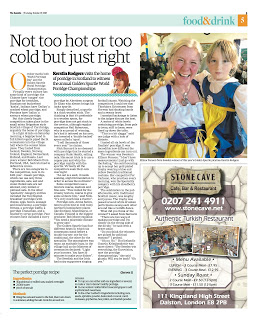 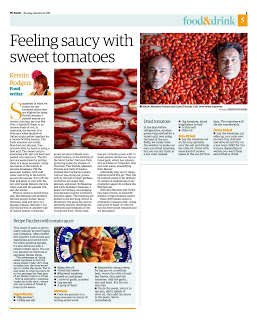 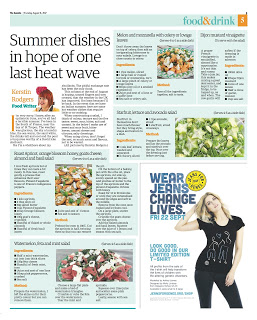 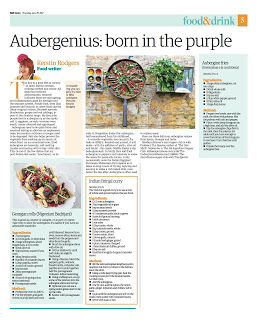 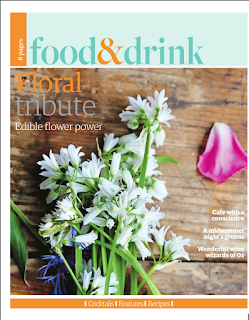 Ham and High: Everything is coming up roses
Justopened.com Area guide to Kilburn 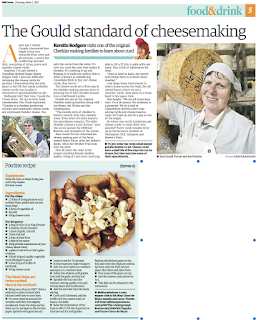 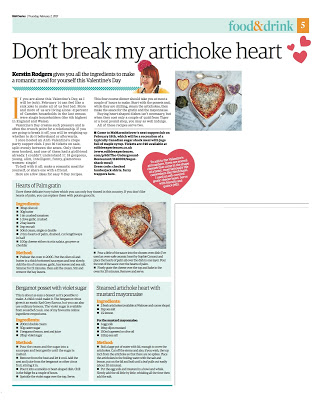 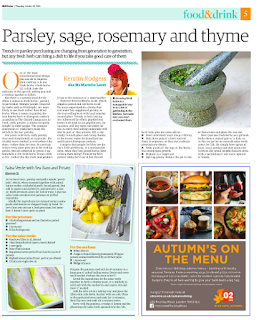 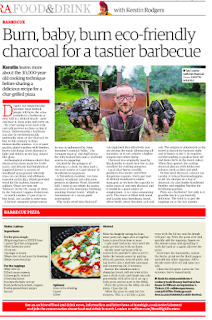 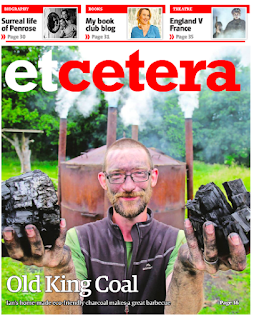 My piece on local charcoal and a recipe for BBQ pizza for the Ham and High.

May 2016:
Ham and High: From Kilburn to Calais, volunteering at the refugee kitchen
Winetrust100.co.uk: Strawberry and ricotta tart recipe with British champagne
April 2016:
Ham & High: Year of the pulses: recipes and tips for cooking the humble bean
Winetrust100.co.uk What to drink with pizza
My crisp recipe tested by Felicity Cloake in the Guardian
Oprah.com Mean, Lean and Green Shake, my recipe

August 2015:
Radio 4 interview with Adrian Chiles
Ham & High: first of my new regular column: seaside spaghetti vongole recipe
Time Out: my recommendations for Afternoon Tea Week.
Red magazine: the avocado cheesecake that everyone is talking about
Trip Advisor: Top 20 food and travel bloggers includes msmarmitelover.com
The Londonist: London’s best vegan shops, article by me.
ALCS: The Great Recipe Rip-Off by me.
Winetrust100.co.uk: German wine: think again
July 2015:
PETA: review of V is for Vegan.
Time Out: Free things to do in London
Appearance on Celebrity Masterchef as a judge
May 2015:
Independent on Sunday: Review of V is for Vegan
Souschef.co.uk: Review of V is for Vegan
Winetrust100.co.uk: Wine labels: do they influence what we buy?

October 2014:
Glamour mag interviews me on common culinary mistakes
The Happy Foodie: Jack Monroe’s favourite food bloggers
Not on the High Street: Choose a life less ordinary by Kerstin Rodgers
Winetrust100.co.uk: What wines should you match with curry? 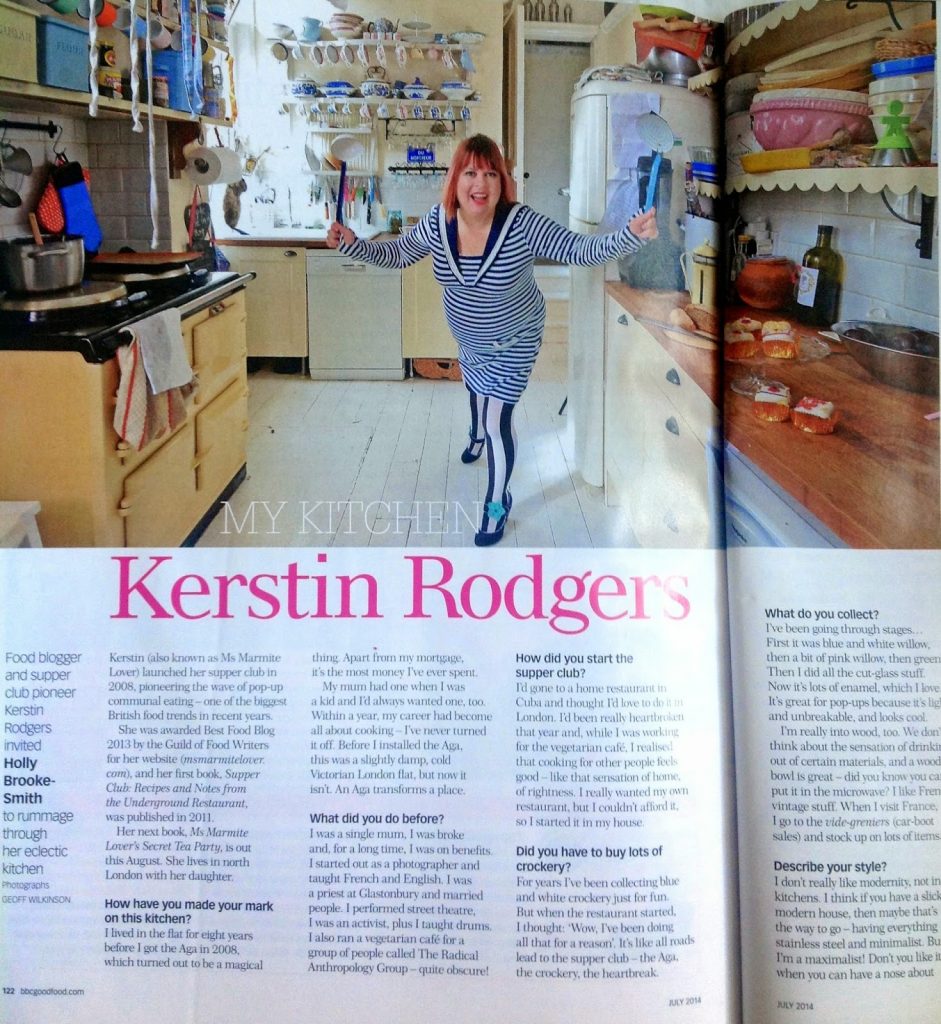 BBC Good Food Magazine interview about my kitchen.
Video of camping recipes for South Africa fruit.
Clippet interview with me
All about you on the UK’s top food bloggers.
Winetrust100.co.uk: Light bodied reds: Pinot Noir, Gamay and a fish stew recipe

Podcast with Canadian food writer/broadcaster Marion Kane on MarionKane.com
Where to eat in London on Dubai blog mycustardpie.com 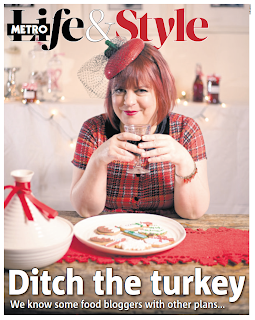 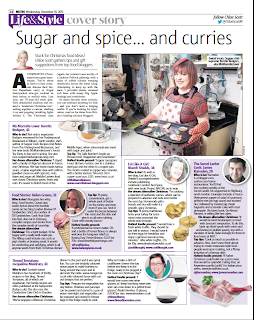 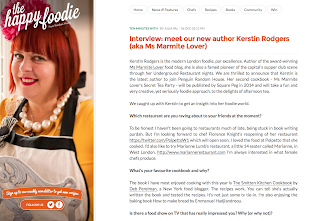 The Happy Foodie: Interview with me 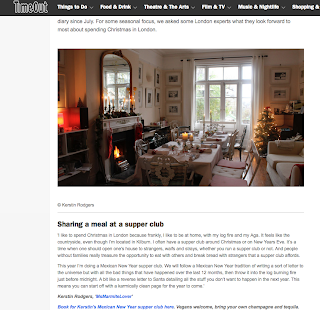 Time Out: Londoners who love christmas

November 2013:
Grazia: How to be a food blogger, talk at the Apple Store, London.
Saboreagourmet.com: secret restaurants (Spanish food blog)

October 2013:
The lost lectures: video ‘The Rise of the supper club’ lecture by myself.
Guardian masterclass ‘How to run a supper club or pop up’ curated by myself.

September 2013:
Dairy meal for The Grocer. Video.
Podcast for Grazia at the Apple Store. 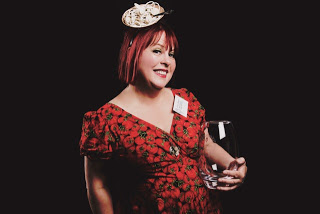 Guild of Food Writers: Winner: Food blog of the year 2013

Best books under a tree, including my book Supper Club, Holland’s Algemeen Dagblad
Channel 4: Kirstie Allsopp’s homemade christmas  I show Kirstie how to make a gingerbread house. But she does it better than me. Cow.
Ham and High: the Hobbit meal
Stylist magazine Lunchtime master classes, readers ask me questions.
Run Riot on my Ocado/Scandinavian meal.
Short listed for Red magazine’s blogger of the year.
Stylist magazine: the new faces of Twitter

November:
In the Evening Standard on Vikings invade the London Restaurant Scene
In Explore West Sweden’s blog on Butter Viking.
In the Guardian, my photo of Butter Viking. 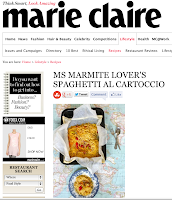 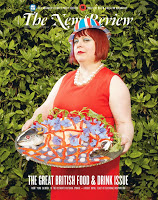 The Independent on Sunday: cover of the magazine. Britain’s Food creatives go alternative for the Jubilee.
The Daily Mail: Urban country bumpkins.


May 2012:
The Independent: Are suppers on their uppers?
The Daily Telegraph: Rose Prince mentions me in ‘The ‘best’ food isn’t from Blumenthals.
Shortlisted for best food blog at the Guild of Food Writers Awards 2012.
Maria Zihammou, Swedish food writer: MsMarmite on blogger’s blind date

April 2012:
My talk at The Lost Lectures.
The Other Woman podcast, held at The Underground Restaurant.
DianaMorgan68 on the Georgian meal at Large Glass Gallery. 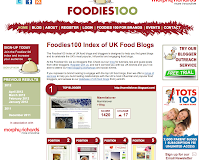 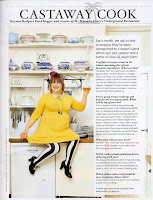 
March 2012:
Stuff.co.NZ: on how to make your own marmite when suffering a national shortage
Telegraph: on the Secret Garden Club 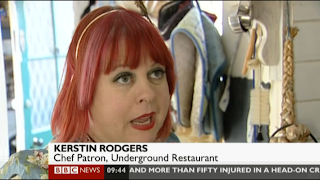 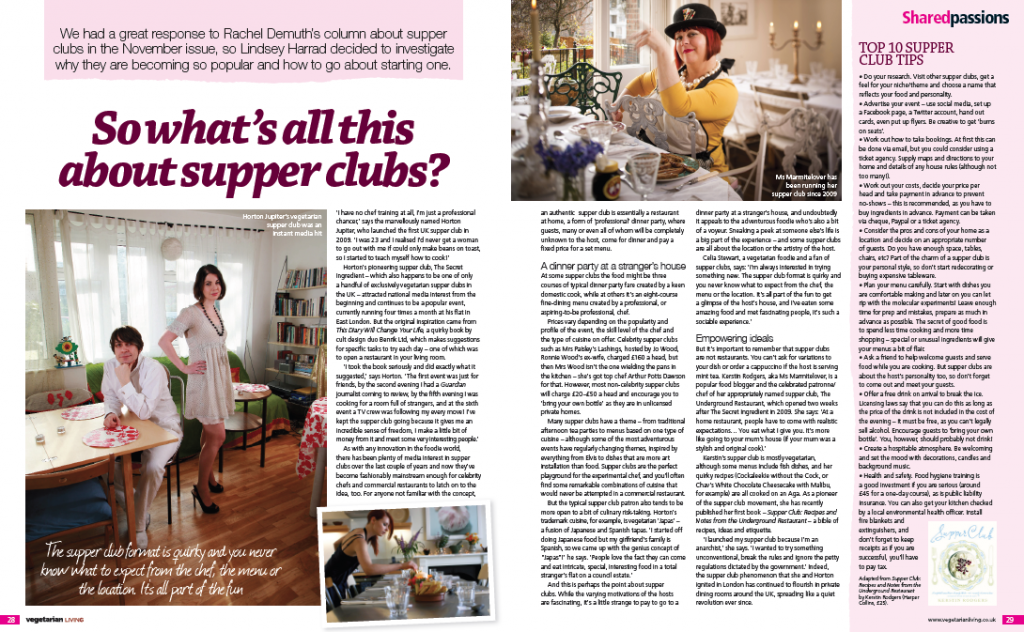 Vegetarian Living: So what’s all this about supper clubs
NME: She-Bop-A-Lula, female artists by female photographer

February 2012
The Underground Restaurant: selected as one of the most unusual restaurants in the world.
BBC News: Scandinavian food: why is it becoming popular in the UK? Interview after my trip to Sweden. 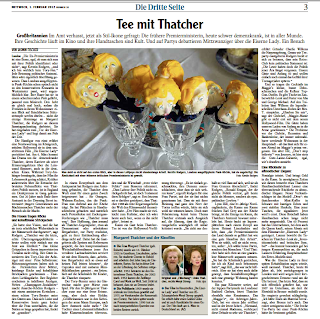 May 2011:
On Woman’s Hour: talking about supper clubs, opportunities for women chefs with Jenni Murray
On the Vanessa Show talking about how difficult it is to cater for so many allergies
The Guardian talks about Summer pop-ups, The Underground Restaurant at Bestival
Red Online talks about the pop up phenomenon and summer dining.
Foodepedia on The Underground Night Market
FineDiningLovers.com: Review of my book Supper Club.
Elizabeth on food: Review of my book.
The London Blog: MsMarmitelover to host supper clubs during the games.
Culture Vulture blog: Q & A and talking about my visit to Leeds.
The List: A guide to the underground restaurant scene in Scotland.
Kenilworth Weekly News: First ever festival food fair with MsMarmitelover
White Plate blog: on my book

April 2011:
Metro on my book here and here.
The Daily Mail: Review of my book by Marcus Berkmann.
The Hub UK on my book: http://www.hub-uk.com/book-reviews/supper-club.htm
India Knight’s Posterous on my book: http://indiaknight.posterous.com/supper-club
Katie Antoniou of Run Riot on my book.
Bakelady of The Secret Tea Room on my book.
What I ate last night on my book.
The Evening Standard on the Jam Jar Revolution and Mauvaise Maman boozy jams.
Irish Times: Review of my book Supper Club.
Delish.com: The underground restaurant.
The Guardian: From bland to brand. mentions my book Supper Club.
Teatimeinwonderland blog: Chocolate meal with Trish Deseine and Review of my book

March 2011:
Appearance on The One Show with Jay Rayner.
The Independent: Interview with MsMarmitelover.
The Women’s room blog: We love MsMarmitelover’s new book Supper Club

February 2011:
How to be a successful food blogger conference in Le Cool.
Cook Sister! on the Eat, Pray, Love cinema night at The Underground Restaurant
My interview with Cathy Erway on Heritage Radio Network, Brooklyn.
Owlfish.livejournal: Review of my lunch at the Fire & Knives conference.
The Guardian: Cookbooks for kids (mentions MsMarmitelover)
Sofeminine.co.uk: Eat, Pray, Love meal at The Underground Restaurant.
Dolcedini: MsMarmitelover’s Mixed Grill at the Fire and Knives conference

January 2011:
Euromonitor: consumer trends (I’m mentioned)
This is Money: Brand identitity (mention for The Underground Restaurant)
The Guardian: article by me on Salt.
Chefs Sandwich: Too old to be a chef?  mentions me.(harrumph)
Squat culture and being a waiter for msmarmitelover in Lecool
MsMarmitelover and Find a Supper Club mentioned in Ryanair’s magazine.

December 2010:
The Telegraph.co.uk: Where are the best supper clubs?
Sergeleconcierge: 5 great things to do in London by MsMarmitelover.
Food and Wine magazine: Blogger’s kitchens.
Foodforthink: The Underground Christmas Market.
CarolineNo: The Underground Restaurant.

April 2010:
The Evening Standard on the first Underground Farmers & Craft Market held at my house (April 2010)
Treehugger.com on the Underground Market
The Women’s Institute N.1 on msmarmitelover’s talk. Link down. My blog post on the night.
Jamie Oliver’s site on The Underground Restaurant
Agreenliving.org: Hold a DIY food and crafts market in your home.

March 2010:
In defence of the Aga: my piece in the Guardian

December 2009:
The Women’s Room on MsMarmitelover’s kitchen.
MsMarmitelover in The Guardian on her Xmas pub
The Curious Cat on her visit to The Underground Restaurant
The Economist mentions my Harry Potter supper club nights.

September 2009:
bbc.co.uk on ‘Bite Club’ and MsMarmitelover
The Times on ‘top 10 secret restaurants’

Channel 4 Food on MsMarmitelover here and here. Link down.
The Spectator, Hardeep Singh Koli on his experience here
Gastrogeek on Japanese night
Bellaphon: The Big Lunch at The Underground Restaurant

The Evening Standard mentions MsMarmitelover
Sunday Times on MsMarmitelover.
RockMother on the Underground Restaurant.
MsMarmitelover on Irish National Radio. link down.
Spin magazine: me talking about my photo of Lux Interior of The Cramps. 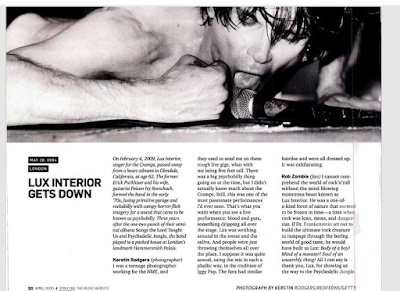