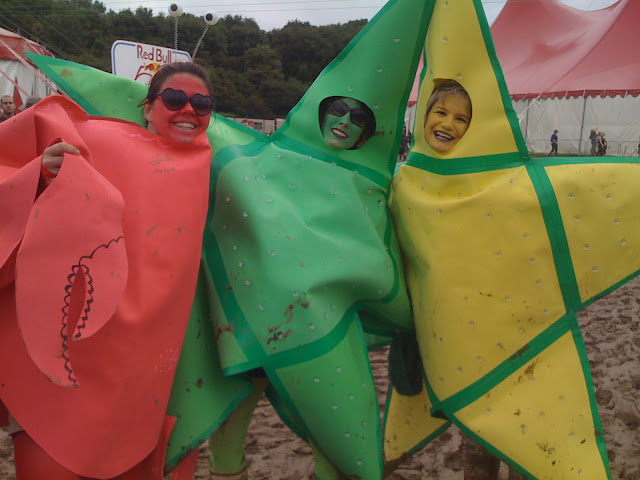 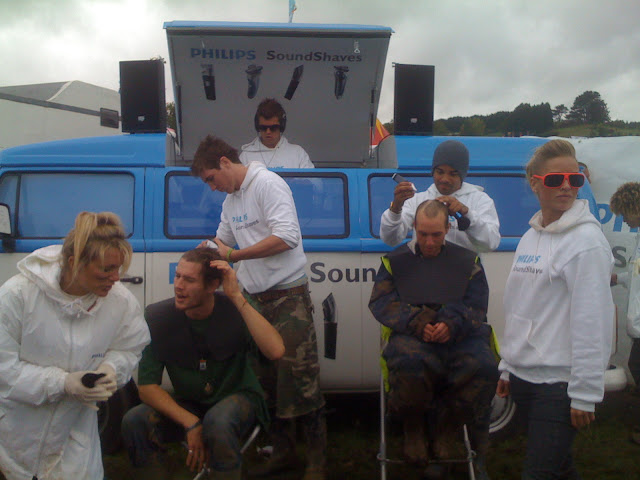 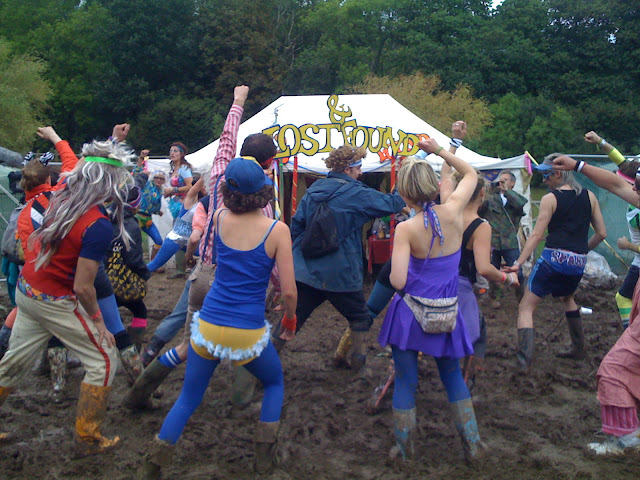 Well there had to be one didn’t there…a total mudfest, Battle of the Somme, more survival course than celebration.
Bestival is a ’boutique’ festival which takes place on the Isle of Wight, scene of 60’s rock festival with Jimi Hendrix. Most famous resident: David Icke but also Alan Titmarsh, the TV gardener (looks similar to Icke but quite different views I expect).
Nightmare to get there…made the mistake of driving to Southampton rather than Portsmouth. Southampton is a chav-infested hole. It has no redeeming features whatsoever. Get to the ferry, which by the way is the most expensive per mile ferry in the world, and the staff don’t seem to be aware that there is a massive festival happening over the water.
Parking? Overnight? Ooh don’t know about that. Says the ferry steward.
Well as it costs £200 return to take my car over I am rather obliged to park really aren’t I? It’s cheaper to go to France. No wait, it’s cheaper to go to Spain even. Where the weather is surely better. The parking, when I find it, is almost as expensive as the ferry ride.
Southampton also had a boat show and a football game going on, plus Saturday afternoon shopping. Traffic at a crawl. I give up on Southampton and try to leave. Impossible. Drive around in circles. They don’t want you to go, they want you to stay stuck in their shitty pedestrianised, one-way system town. Stop car. Start crying. Get out. Plead with local residents (of which there are few, mostly Eastern Europeans there) for way out.
Drive to Portsmouth. Easy. Sign posts even. There is a hovercraft located within a fun fair. Park car next to sea. Huge wave comes and drenches me. Grab stuff including pop-up tent I tatted at Glasto. Which I cannot pop down so I’m carrying this enormous nylon disk. The wind almost blows me into the sea.
Isle of Wight. Lovely. Nice architecture. People friendly and humorous. Stand at shuttle with big circle of nylon. Have another go at folding it down. American man takes pity on me and manages to get it into the little circular bag. American know-how.
Drive through country side. Typically English picture post-card stuff. Sheep. Intensely green fields. Hedgerows. Little pubs.
Am advised to put wellies on before I enter the festival.
Don’t even think about wearing normal footwear, advises a mermaid.
Walk in. No one checks if I have a ticket. Police with sniffer dogs parade up and down looking for drugs. One guy got caught for tiny bit of weed brought by mistake. He’s cautioned and must return to Isle of Wight within a month. Heartless.
Bestival is held in an amusement park. To get to the main bit you have to go, nay, slide, down a long muddy slope.
I’m working at Groovy Movie,a solar powered cinema in a tent. Easy gig. Sit there serving real fresh chai, brandy coffees while watching films. In bad weather, we are very popular. People just want to get out of the rain, sit down, have a hot drink, watch some telly (films). It’s physically exhausting tramping around a festival site knee deep in mud all day.
I’ve joined my friend L, a Mancunian sambista who could flirt for Britain. Later, at the end of the shift, we manage to blag back-stage (a bit of a feat, eight of us using only one Access All Areas pass) to see The Sugarhill Gang.
Now I remember these guys from the first time round. We have a great view. They are all older, fatter and look like suburban dads. They have black plastic bags tied around their feet as they clearly haven’t got wellies. Lol. Puts a dampening effect on their stage costumes. Still they are excellent and the crowd love them. We all go crazy when they do Rappers Delight, the first rap hit in 1979.
They ask “Do you like hip-hop in the U.K.? Can you emcee?”.
A competition to find the best emcee is held on stage. One girl, several white boys. I’m sorry but it’s still funny to see white boys rap, apeing ghetto-style gestures and putting on accents. The girl was booed, shame.
Went for a dance in a gorgeous wooden marquee. The musical theme was 80’s in general. Disco hits and Human League, Gary Numan.
The costume theme this year was appropriately Underwater. Spotted a maidmer, which has the head of a fish and the legs of a man, also foam starfish, lobsters, glittering jelly fish, sailors, pirates of course.
Sunday, had a proper look around site. Lots of sponsorship, Rizla, Philips, Red Bull, Top Shop. Found myself sitting on a deck chair in the Sunday newspaper tent. Too old for all this.
In the evening saw Underworld who were fantastic, the theme tune to the 90’s. My enjoyment was also increased by the fact that it had stopped raining.
On returning to Portsmouth, my van tyres had been let down. Once fixed by the RAC, after navigating through a complex maze of Council Housing Estates, I found the Charles Dickens museum, located in Southsea.
Dickens, generally associated with London, was actually born in Portsmouth, although he did return there to research characters from Nicholas Nickleby. His father worked for the Navy during the wars against the French. I was inspired by the sea air and the historic and evocative names around Portsmouth… Nelson! Trafalgar! I’m a big fan of Patrick O’Brien’s naval novels, set during the Napoleonic wars. 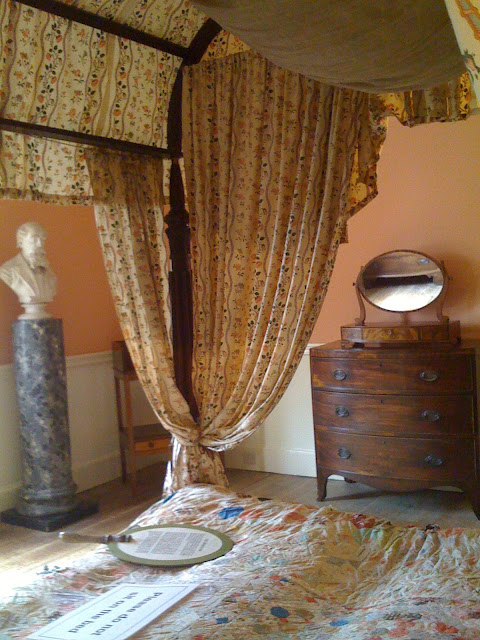 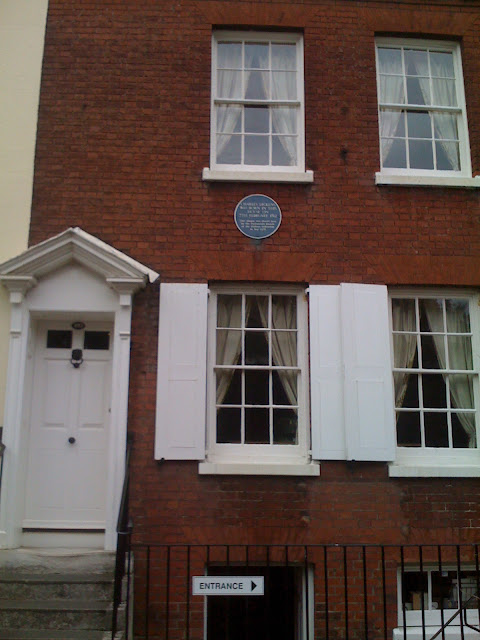