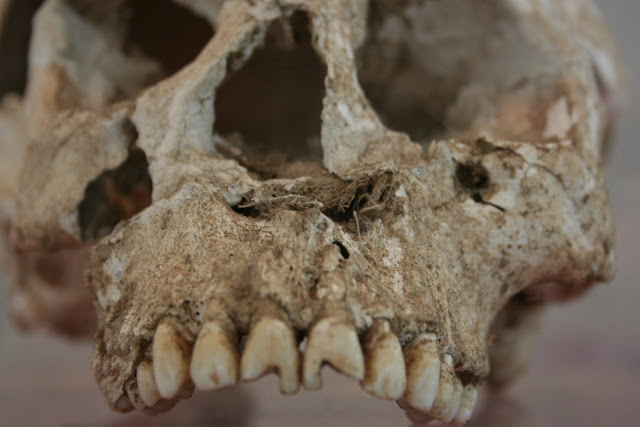 Mayan skull, Jalapa, Mexico
The ‘Secret Chiefs moot’ at the Devereux pub, Strand. The actor/poet John Constable is giving a talk about the Crossbones graveyard in Southwark.This site was ‘discovered’ by Constable through channelling the spirits of ‘Grey Goose’ and ‘John Crow’. This graveyard for ‘single women’ (prostitutes) was in ‘The Mint’ the poorest area of Southwark, where brothels and outlaws congregated. Bodysnatchers sold corpses to nearby Guy’s hospital. It closed in the 1850’s and with the Disused Burial Grounds Act, 1884, buildings were erected upon the site. Naturally they fell down.
In 1992 London Underground, during the construction of the Jubilee line (which runs to my house near Watling Street) broke the ground and unearthed masses of skulls and bones. The Museum of London exhibited one of the skulls, scarred by syphillis. The ‘Bodies’ exhibition in 1998 used some of the skeletons.
Constable recounts how the spirits of John Crow, scribe, and Grey Goose, a wounded spirit “walked in fully formed” on the 23rd of November 1996. With the information he was given, he wrote The Southwark Mysteries. This was an attempt to turn a brutalised ground into a place of love.
Every Halloween and in a smaller ceremony on the 23rd of each month, the names of the buried are read out. “A meditation on emptiness is a great protection against bad spirits.” At 7 p.m they strike the hour and light candles as an act of remembrance to honour the Goose.
This place is a portal; it has rusty iron gates covered with ribbons, totems and names of the dead. Crossbones is London’s heart chakra. Constable says:

“this blessing is performed with generous libations of gin, the crack cocaine of Victorian London, often the only comfort of these women”.

After a song or two, John Constable asks for questions. The top room of this pub is, as always, shaded with chaos magicians and long-haired tricoteuses. I chuckled at the incongruous sight of a little old lady leaning on her walking stick listening to songs about tantric sex.
The point is made that prostitutes are not always victims. They earnt in a couple of nights what a parlour maid would earn in six months. I ask Constable why he felt he was chosen to channel this information.

Was it because “as a man, your word is worth twice that of a woman and you would be listened to?”

“The Goose responds very well to a male energy. Even though I am a man, I have, in my younger days, when I thought I might be homosexual, worked in a brothel. The Goose is not into separatism. When I was 17, after an LSD trip, the Goddess was manifested in me. I underwent transformation.”

I took my daughter to this moot, as it was half-term, thinking that, as a bit of a Goth, she would appreciate it. But they were all ‘losers’ and ‘weirdo’s’, apart from one small Golem- like hunched and hatted pale man called ‘Frogo’ conversing fluently (“thou” and “forsooth”) in Shakespearian English, who was pronounced ‘cool’. My daughter spent the entire evening glaring malevolently in time-honoured teenage style. During the break, an elderly man sat opposite. He kept staring at my daughter. I get used to this. She is very beautiful. He then said to me:

“Who is that lady next to you?”

Non-plussed hearing a young-looking 14 year old described as a lady, I told him that she was my daughter.

“She has a particular presence. Oh definitely. I noticed her from the other side of the room” he started to wax lyrical.

I snapped impatiently “that’s because old men are always interested in the beauty of young girls. If she was fat and ugly you wouldn’t think she had ‘presence’.

“Shocking isn’t it? To hear the truth!” I continued

“You have no manners you, you …” he searched for words and then triumphantly… “Jade Goody type!”

“How very snobbish” I retorted.

He retreated to the other side of the room. Interesting that he invoked Jade(1) Goody for she is a denizen of Southwark, and, like prostitutes of yore, a disturbing force, a reminder of more vulgar feminine energies.

(1)”JADED”
“Jaded,” comes from an Old Norse word, “jalda,” meaning “mare.” Imported into English as “jade” in the 14th century, the word originally meant just “mare,” but then came to mean “old, broken-down mare.” As a metaphor, “jade” then was used to mean “worthless person,” or, more specifically, “prostitute.” This noun form of “jade” is now obsolete, but the sense lives on in our word “jaded,” applied to someone who has, as they say, been there, seen that, and done it all.” 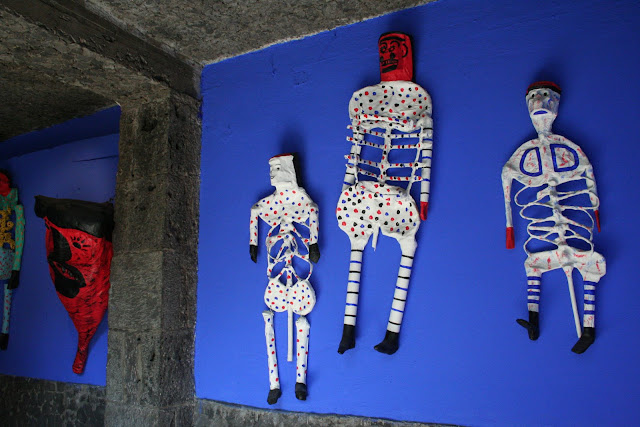