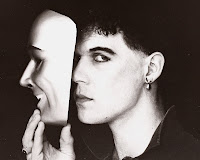 Double bill of South American cinema at the Rio, Dalston.

XXY is an Argentinian film I have wanted to see for some time. It’s a serious look at the story of an intersex child whose parents have to make a decision whether s/he should have surgery to “normalize” him/her. S/he is now 15, the age when you become interested in sex. S/he has made the decision to stop taking feminising hormones. It’s a crux point. There is a distressing scene in which several young men hurl the youngster to the ground and forcibly rip off his/her pants to “have a look”. The humiliation is heart-breaking to watch. The parents visit an adult man who was brought up as a girl, who is now happily married with adopted children. They decide to accept their child for what s/he is: “perfect”.
I had a friend who was a true hermaphrodite. He had a man’s name, clothes, voice and body except for breasts and a feminine walk. Unlike all those porn sites you see with pre-op transsexuals claiming to be hermaphrodites, he had a tiny penis not much larger than a clitoris. He spent most Saturday’s at Berketex in Oxford Circus trying on bridesmaid’s dresses.
Once he visited my house. Showing him around, he peeked into my daughter’s bedroom, which at that time, was pure Barbie/princess pink, complete with Sleeping beauty style dressing table and muslin draped bed. His big Irish builder’s face crumpled.

My daughter and I looked on open-mouthed. His parents were devout Catholics from a tiny Gaelic speaking village in Eire. It’s not unreasonable that they would have struggled to deal with the situation.

El bano del papa is a Uruguayan film about the visit of Pope Jean Paul II to a small town. The inhabitants are incredibly poor, not even having enough to eat. They are excited about the visit which they hope will provide an opportunity to make money from selling food and other services. The press ‘big up’ the Pope’s visit suggesting that hundreds of thousands of pilgrims will turn up. The villagers get themselves into debt. This film is an indictment of the press, the corruption of Uruguayan officialdom and finally the sheer insensitivity of the Pope to true poverty.
It is like a visit from the Queen; walls are repainted and new carpet is laid. One wag suggested that the Queen must think everywhere smells like new paint.