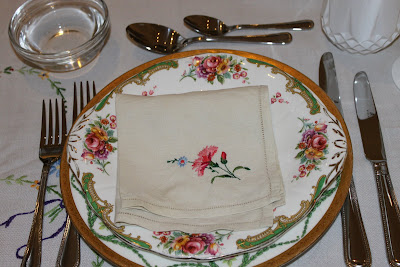 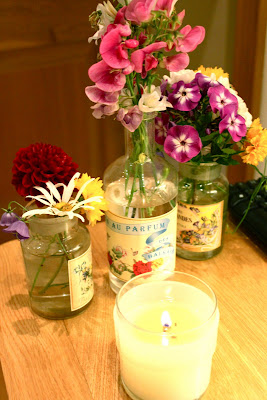 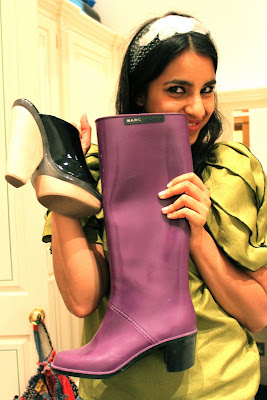 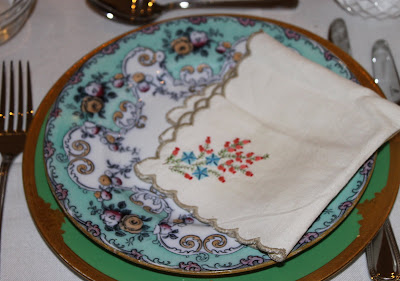 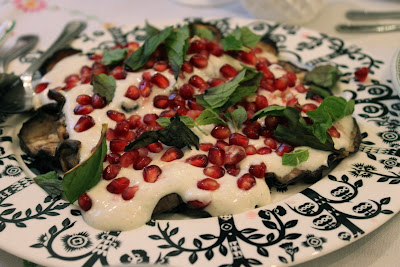 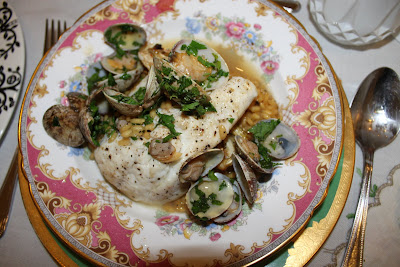 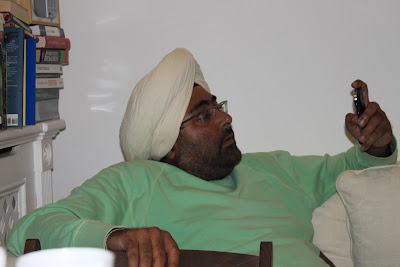 Hardeep on his crackberry 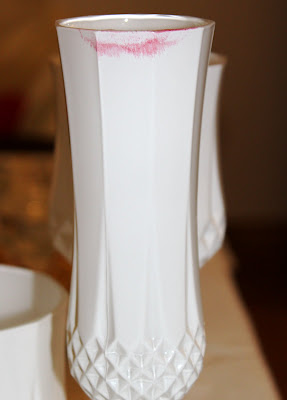 MsMarmitelover’s lipstick on the white glasses 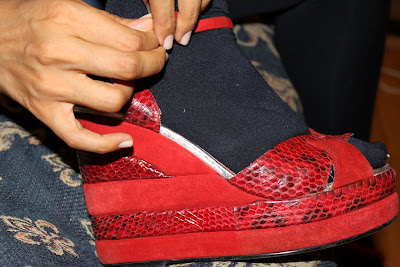 Terry de Havilland wedges…I used to have a pair too… 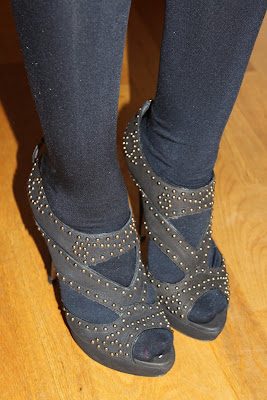 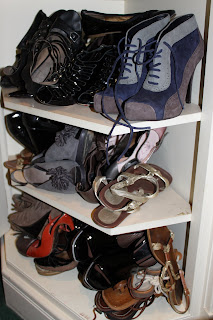 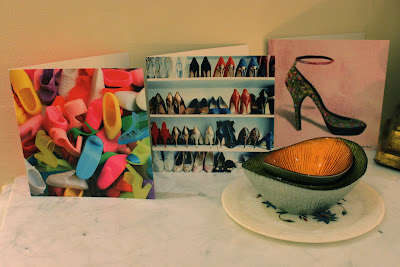 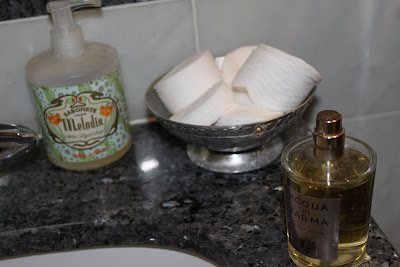 Even her bathroom was stylishly ornate and feminine 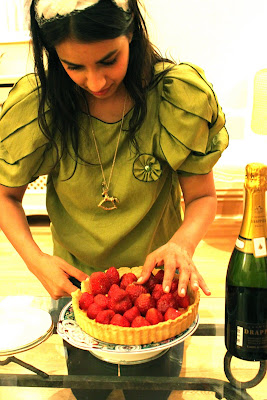 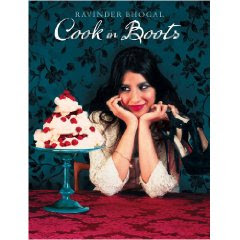 Fashion and food seem to be mutually exclusive; a liking for the latter might preclude looking good in the former. One notable exception to this is Ravinder Bhogal, otherwise known as @cookinboots, the name of her new cookbook ‘Cook in Boots’. She’s a former fashion and beauty journalist who found fame on Gordon Ramsay’s programme ‘The F Word’, crowned as a very modern British Fanny Craddock. An Asian babe, Ravinder’s cookbook wittily and stylishly combines her predilection for towering heels with fabulous recipes.

I love the book and was therefore delighted to be invited to dinner at her house. How cool is that? Getting to taste the food you have just read about, salivated over, cooked by the actual author?
Cook in Boots lives somewhere past Blackheath. For this North Londoner it felt like I was halfway to Dover! It really didn’t look like London anymore. The building, formerly the hospital where Florence Nightingale nursed, is an architectural gem; high ceilings, arched windows, grey stone.
My fellow guest was Hardeep Singh Koli, like Ravinder, from a Sikh background. Ravinder came from Kenya to England at an early age. Part of the appeal of her book is that young women in their 20s, can relate to her style and glamour…as if the girls in ‘Sex And The City’ were foodies rather than existing purely on carb free cocktails.
After a glass of champagne we settled down to eat. Ravinder’s table settings in themselves were a feast for the eyes; vintage china, napkins, beautiful glasses.
Starters were a veritable banquet:
Potatoes and Paprika
Ras al Hanout Lamb Cutlets
Griddled Aubergine with Chaat Yoghurt, Mint and Pomegranate,
Griddled Courgette and Buffalo Mozzarella Panzanella,
Griddled Halloumi and Roasted Tomato Bruschetta
Olives
The stand out one for me was the griddled aubergines with chaat masala flavoured yoghurt and pomegranate seeds. In the end I just put the platter next to my plate, hogged it basically.
At this point Hardeep, who’d eaten several lamb chops said in a shocked voice…

“that was just starters?”

He patted his stomach, clearly weighing up if he was up to the task of eating more.

Main course was a beautifully cooked Sea Bass on a bed of Clams and Roasted Fennel.
Suddenly Hardeep stood up, holding his crackberry. His mains was untouched.

He looked uncomfortable before almost bolting for the door.

Attempting to ignore this, Ravinder, her friend and I continued to chat through pudding, English Strawberry Tart with Creme Anglaise.
We also tasted a smooth gin ‘Sacred Gin’ from a Highgate micro-distillery . (I love that the American trend towards artisanally brewed liquor is spreading to the UK, see my post on Sipsmith).
I did ask Ravinder, I just had to, if I could look at her shoe collection. Straps are a definite theme as are teeteringly glamourous booties!
The next day I saw on the news that Hardeep had been suspended from The One Show for behaving sexually inappropriately with a female member of crew. No wonder he looked so perturbed.
Hardeep is a very nice man, kind, approachable, not at all snotty for a sleb…it’s no picnic when you are going through a divorce. Even the most stable person can be knocked sideways. Hardeep has been married forever… since the age of 19, separating from his wife 18 months ago.
At one point during the meal, he mentioned that he hated being single…and that he still loves his wife. Ravinder and I both went ‘aaaah’ in unison. The grief you experience with divorce is heart breaking, partly because they are still alive, can have other relationships, can love someone else ffs! It’s intensely painful. So he’s been a bit cheeky…a bit unwise…we are all human…no?