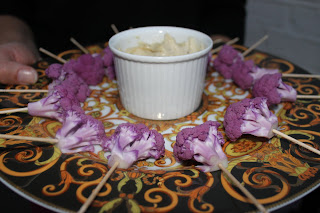 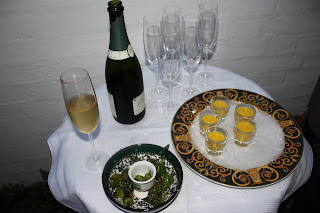 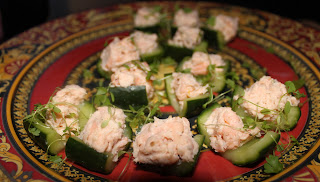 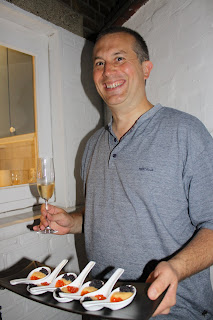 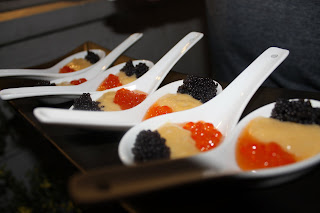 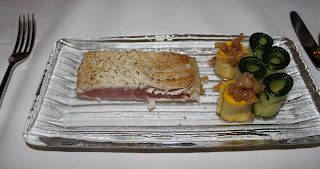 Seared tuna, again cooked ‘a point’ just so. An energy boost that only clean tasting fish can deliver. 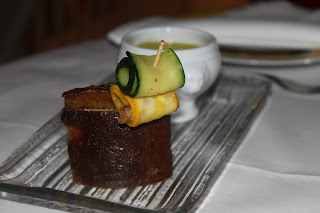 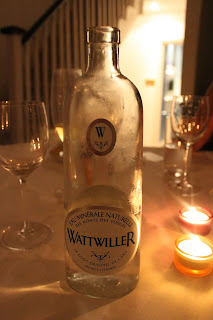 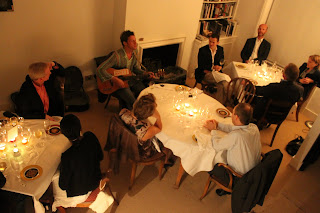 The softly lit room with a perfect 12 and Jont singing 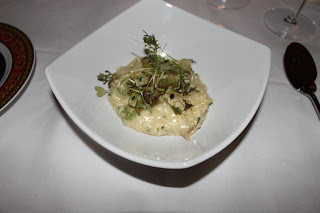 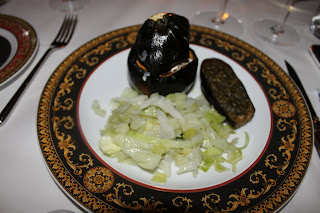 Aubergine with delicious and unusual nutmeg icecream with pointy cabbage 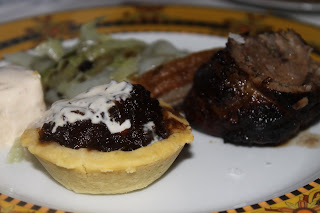 Sanglier slow-roast with pointy cabbage, onion tart and nutmeg ice-cream. Obviously I didn’t taste the meat, but everybody was oohing and aahing and conversation ground to a halt so… 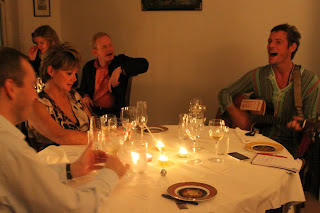 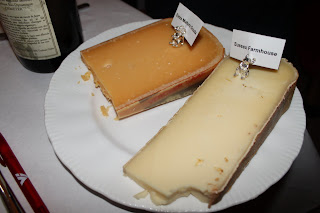 There were three plates of cheese, passed from table to table 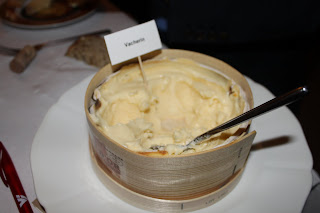 Vacherin with a spoon, one of the season’s earliest… 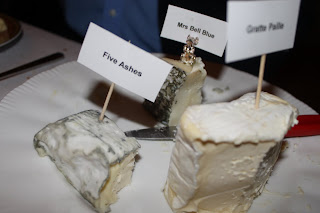 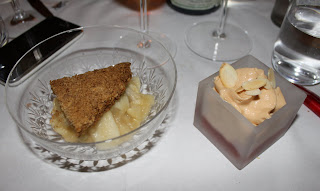 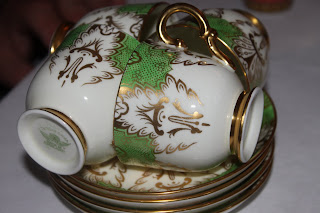 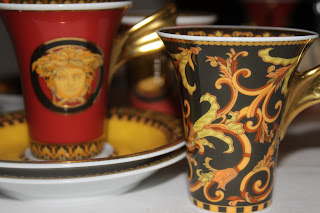 A decade before Horton and I started our home restaurants, sparking the new wave of supperclubs in London, David Clasen was doing the same thing every first Saturday of the month in South Kensington.

Until recently he never charged, and in the early stages, all the guests were friends, contacts or friends or friends. “A gentle marketing” he calls this. But things have changed, he’s given up his job in the city, and he’s now asking for donations of around £50. The standard of his food and the wine is very high.
The night I went, arriving just a little late, as instructed (1), ARTE, the Franco-German channel were filming. Cameramen were positioned on roof tops over David’s small back yard. Looking up while drinking champagne, one felt, somewhat thrillingly, that we were about to be shot at by snipers…
David only ever cooks for 12 diners, for him the perfect number(2) for a successful dinner, and besides he only has 12 plates, glasses and chairs. Like many home restaurants, decisions are made due to site specific limitations, he can only lay out 12 plates at a time in his rather small kitchen. He also cites as inspiration, the New York restaurant Momofuko which only has 12 covers, set dining times and an egalitarian pre-paid booking system.
Normally he is helped by his son Leo who, until recently, in a bizarre coincidence, also went to the Lycee in London, just like my daughter. On this occasion his French wife Caroline did front of house honours.
We are seated, after a selection of amuse-bouches, in traditional style, alternately man then woman. Halfway through the meal, the ladies stood up and swapped tables, a great way of getting to talk to everybody.
The guests, interesting conversationalists, are older and better off than my crowd. The exception, along with me, being a young man Jont, playing ‘inter-course’ songs, strumming on heartfelt guitar, who specialises in house concerts.
There were excellent matched wines (I loved the Bourgogne Chardonnay 2005 Jean Grivot)with every course, water from Les Vosges, an area of France that is mostly unknown to British tourists…
David calls this ‘a slow burn’. He’s gradually perfecting his skills to start his own restaurant which will be part-time. (Contact him if you know of any A3 premises available in central London). He has worked as a commis chef for various restaurants, but he didn’t want to be a full-time cook. Like me, he’s never done catering college. He describes his food as ‘aggressively seasonal”. Every menu is different. His other passion is singing.
We talked about what night to hold suppers, how that changes the dynamic…Thursday nights are good for people with second homes or families in the countryside, Friday lunchtime to evening is urban, people coming straight from work, still in work mode. Saturday night is a dress up, going out, special occasion night. Sunday is relaxed.. a roast and BBQ vibe.
The cheese board, including one of the first Vacherin cheeses of the season, was stunning, a real treat. We finished with Tomtom coffee and sweetmeats…the owner of Tomtom coffee was sat next to me. He also owns a cigar shop, one of the few public places you are allowed to smoke indoors, and regaled us with funny stories of ‘working ladies’ in his area.
The warm atmosphere, careful management of the evening, skillful cooking and well chosen wines make First Weekend a must visit. Contact David at www.firstweekend.co.uk
(1) So difficult when people arrive early for dinner parties for it’s the moment when you get that final chance to stick on a bit of mascara and lippy. You feel you have to entertain them. But with transport problems at present, this is happening more frequently, and you can hardly make them wait on the doorstep in the cold. The perfect guest arrives 10 minutes late.
(2) Twelve is an important number to Abrahamic religions, astrology, the Chinese Zodiac, the modern Western calender, and of course time. According to wikipedia “Twelve is a sublime number, a number that has a perfect number of divisors, and the sum of its divisors is also a perfect number” and relevantly “The duodenum (from Latin duodecim, “twelve”) is the first part of the small intestine, that is about twelve inches long.”