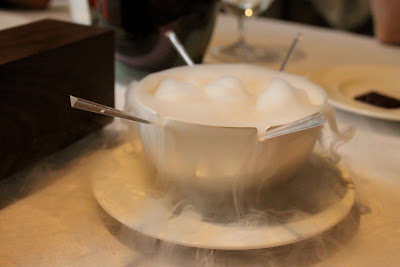 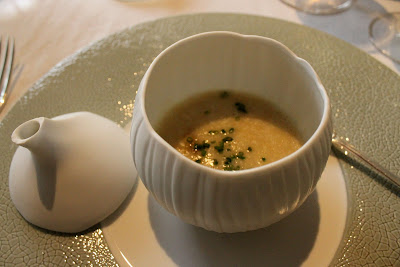 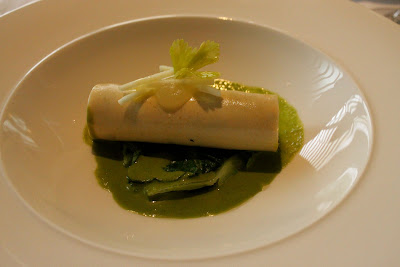 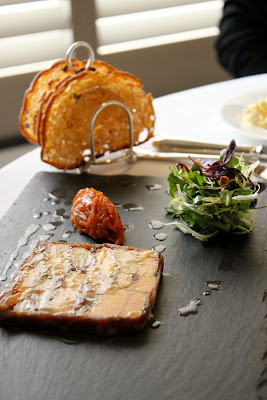 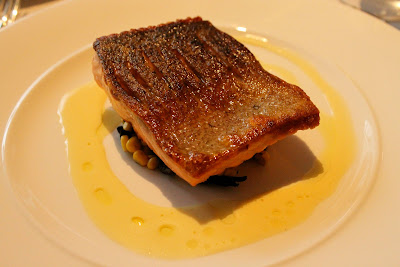 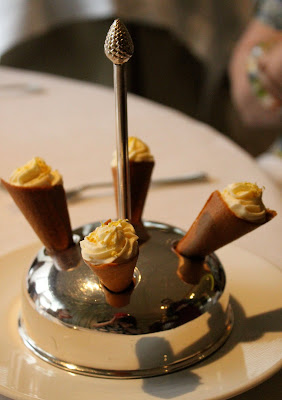 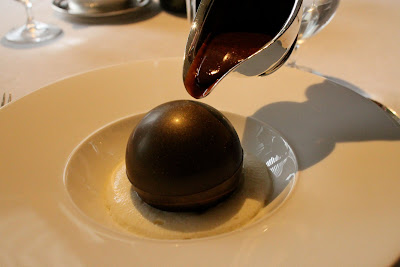 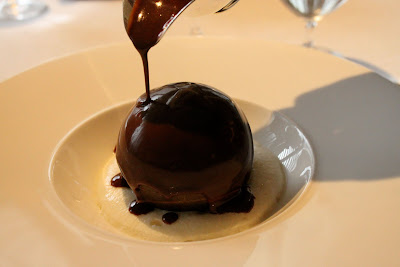 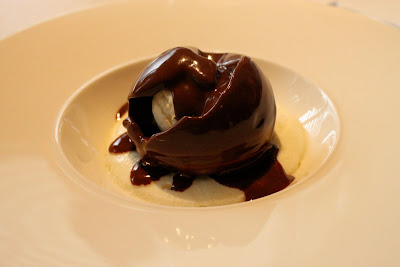 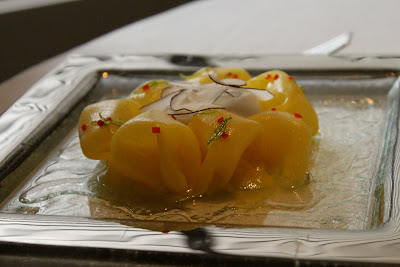 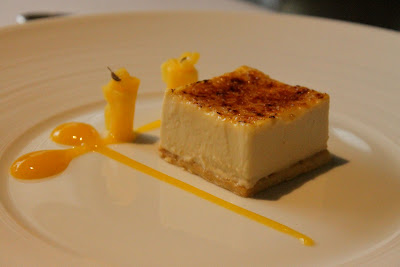 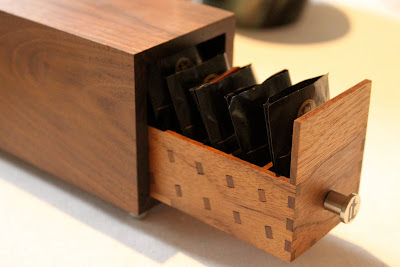 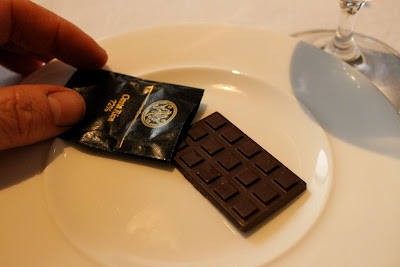 This is the first time I’ve eaten a properly Michelin star type meal. Another reviewer was bored by it but I wasn’t. It may be old hat, perfectly cooked modern Franco-British food, gorgeous amuse-bouches, accomplished and smooth service, neither too obsequious, nor too cocky… if so, that’s a hat I’m happy to continue wearing.
In our little rival set up to #poshlunchclub, Patrick Carpenter, astrologer Bethea Jenner and my former sous-chef Angie Ma, just in from Hong Kong for a couple of days, met up for a midday lunch, à la francaise. We were going for the set menu: £25 for 3 courses.
We sat on a banquette, waiting to be seated, I had a glass of prosecco at £9.50. The waitress poured, half way, and then stopped. I looked at her. She was unperturbed. That was it. I got chatting to the Maitre d’ Jean Phillipe Susilovic about our last set meal at River Café and summoned up the courage to ask:

“Why only half a glass?”

Unoffended he demonstrated that it was in fact exactly 125ml but the glasses were large.

“No problem at all” he replied “you want to know, you ask, that’s fine. I like directness”.

He offered to hang up my charity shop cardigan…

“You can see I’m not used to posh restaurants can’t you?” I laughed.

We had two little cornets of popcorn, one flavoured with paprika, the other with lemon and butter. I love savoury popcorn so that got my vote.
Sitting down, we were first served an amuse-bouche of onion velouté in the most delicate white bone china. Delicious. Brown sourdough and warm white bread were brought, fanned out on a plate. A roundel of butter at room temperature was placed stealthily on the table.
We started to relax. This was going to be the equivalent of a holiday, a weekend away, a proper treat. Even when I asked for the sommelier…

“A glass of your cheapest white please”

He didn’t bat an eyelid. Patrick looked askance at me.

“Why did you ask for the sommelier?”

“I didn’t know who to ask for the wine. Have I committed a faux pas?” I know Patrick is dead posh about wine, being a bit of an expert. “We are doing the cheap deal and I want to see what their £5.50 house white is like”.

It was fine, light and fruity.

Next up was my choice of crab and salmon cannelloni, fresh and vital.
My main course was the trout, crispy skin skyward, with wild mushrooms and sweet corn nestling underneath. This was accompanied by small silver dishes of broccoli with lemon zest and potato slices with rosemary sprigs. Everything was good. Nothing was mediocre.
The servers danced around us, whisking off lids, flashing silver and white, unfolding napkins with a theatrical flourish, clothed in starched precise suits. A variety of little jugs appeared in clean masculine hands, offset by glinting cufflinks, pouring sauces around whatever we had ordered: a clear consommé, a fresh green herb sauce, a lemon butter slick. Stoic footmen stood back in the shadows, holding trays, as if we were being protected by the Queen’s Guard. You felt like you were royal. You felt so cossetted, so cared for, that if say, I’d asked for a bit of a neck massage, they probably would have obliged.
Our excitement and pleasure must have been audible; the table next to us cooed over…

The maitre d’, hearing this, came over with the bottle. It was empty, somebody ordered it last Friday.

Imagine getting the 25 quid set lunch and ordering a fifty grand bottle of wine with it!
Desserts on the set menu were à la carte: just before dessert, we were given a silver dish with four doll size icecream cones, filled with mascarpone and lemon.
I ordered the chocolate sphere with honeycomb. When it arrived it looked rather forbidding.
Again appeared another little jug, Jean-Phillipe coughed slightly to gain attention, and eyebrow raised, poured chocolate sauce onto the sphere and…it melted showing the icecream and honeycomb underneath. It was magical! We were all gasping.
Even as we thought we had finished…chocolates appeared. A hand carved wooden box with tiny sections for mini chocolate bars, a dish of powdery chocolate almonds, and another spectacular effect, were we on a film set? a silver dish flowing with dry ice revealed four white chocolate cold lollies on a stick.
At the end we were taken down to meet the chefs, one of them unfeasibly young. Now I know why Gordon Ramsay and his restaurants are feted.
Petrus £25 set lunch
1 Kinnerton Street SW1X 8EA
Tel: 020 7592 1609
Tube: Knightsbridge 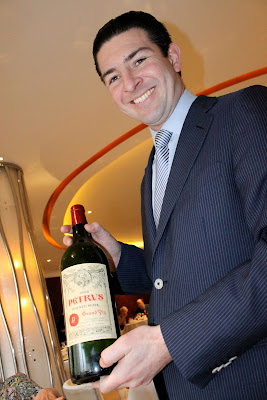