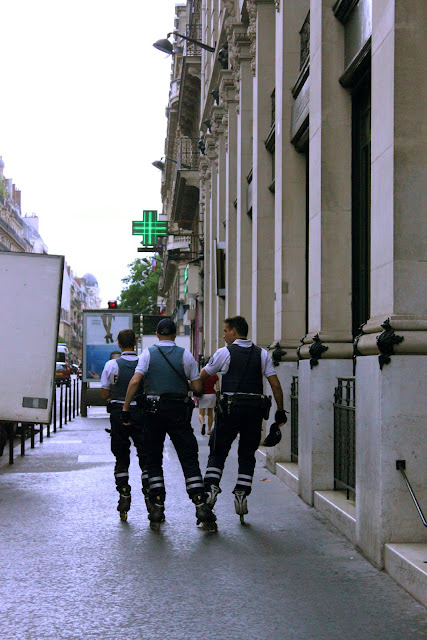 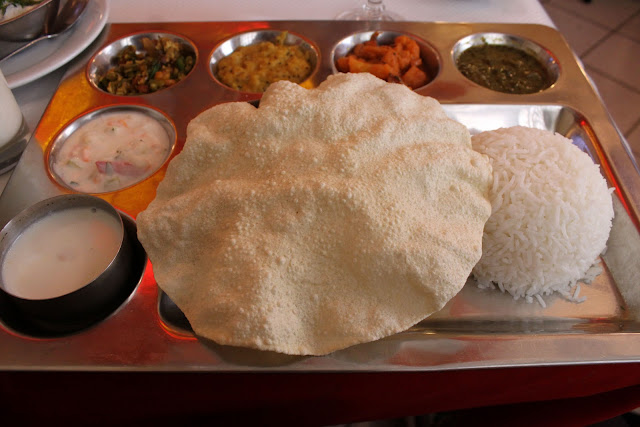 8 euro vegetarian thali at one of the Indian restaurants ‘Madras café’ along the Rue du Faubourg St Denis next to the Gare du Nord.
Thursday I got an unexpected trip to Paris courtesy of the teen (blog post here and here). Arriving in the afternoon starving, we had a cheap quick Indian late lunch near the Gare du Nord. Exhausted, we went to the cinema. When I lived in Paris I spent all my time either eating, cooking or going to the flicks. Unfortunately, the quirky cinéphile taste of ‘cahiers du cinema’-educated Parisians, sometimes leads to a mistake. We saw the execrable The Girl Hunters 1963 starring Mickey Spillane, a rare case of a writer playing his own central character.
Chocolatier Trish Deseine, an Irish woman who has performed the miraculous feat of impressing the French with her recipe books and cooking, invited us to stay the night at her place. She made me the best polenta I’ve ever had; gooey and generous topped with Parmesan and home-made pesto. We sank a couple of bottles of rosé, talked of cookbooks. Around 2 am Trish produced two tightly wrapped packets of tin foil “The dark stuff is Ghanaian” she whispered opening them carefully. Once opened, I saw it was not in fact soft drugs but teensy dolls house bars of chocolate, her own product. We inhaled it, discussing texture and flavour. Trish talks about chocolate like a wine or coffee connoisseur. She should do a workshop. 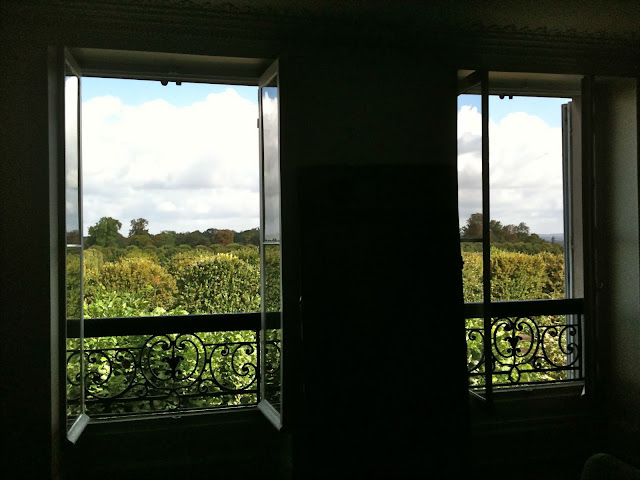 Trish Deseine’s flat overlooking the rustling trees of the park. 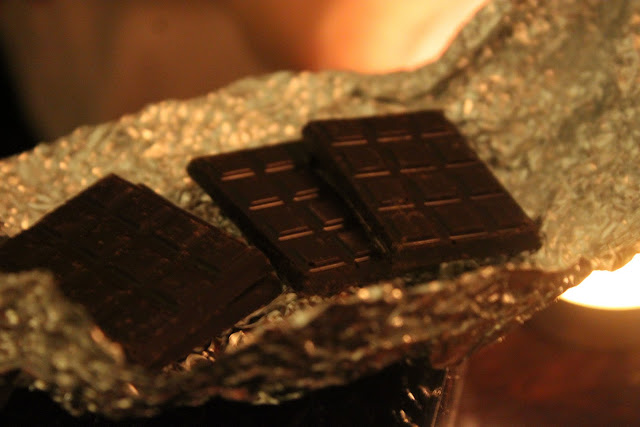 Trish gets out the hard stuff at the end of the meal: “Now this is 74% Tanzanian”. Trish is launching her own range of chocolate at Selfridges this autumn which will roll out all over the UK. 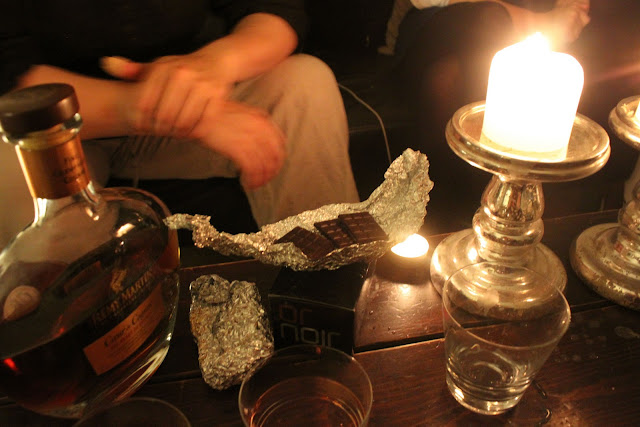 Crack cacao
The next day we went to a fashionable bistro La Regalade near the Louvre (there’s another in the 14th arrondissement) where ‘le tout Paris’ goes. The men had perfectly coiffed hair, tans and manbags, the women were after-dinner-mint thin and there was one exquisite child in a pressed cotton frock on best restaurant behaviour. The fixed menu was 33 euros and I got a bottle of Gewurztraminer at 25 euros. 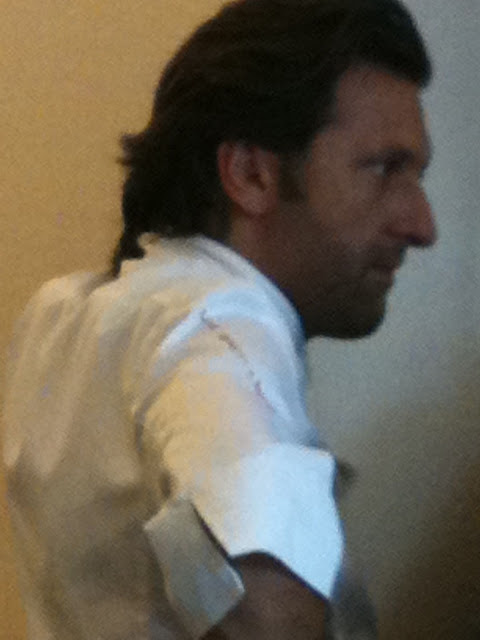 I ‘papped’ the chef Bruno Doucet. French men are effortlessly sexy aren’t they? All utter bastards though. 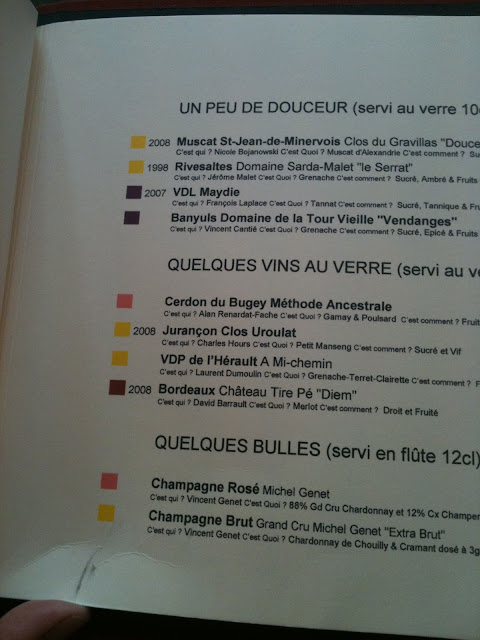 A simple and creatively presented wine menu with colour codes. 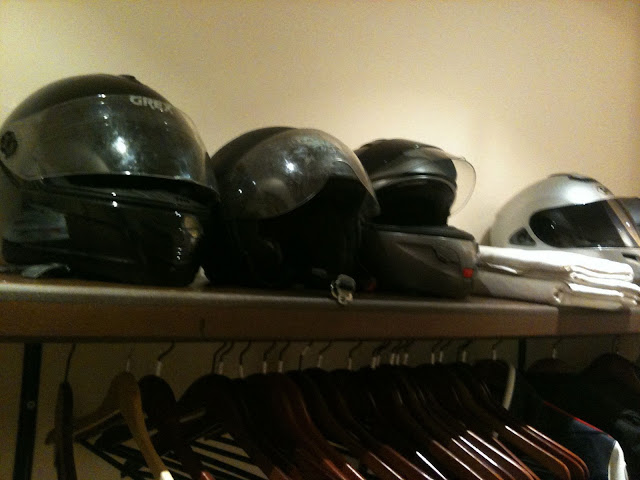 Helmets lining the cloakroom. Even businessmen are on scooters. 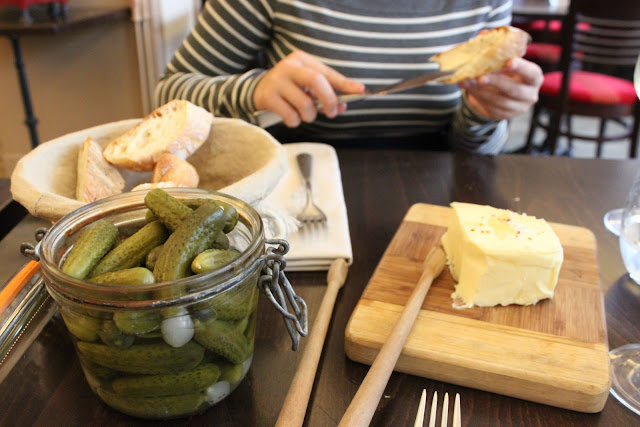 A lovely funky amuse-bouche: cornichons and onion pickles. Not home-made however. Carnivores get a big terrine of paté, we got some bread and butter. 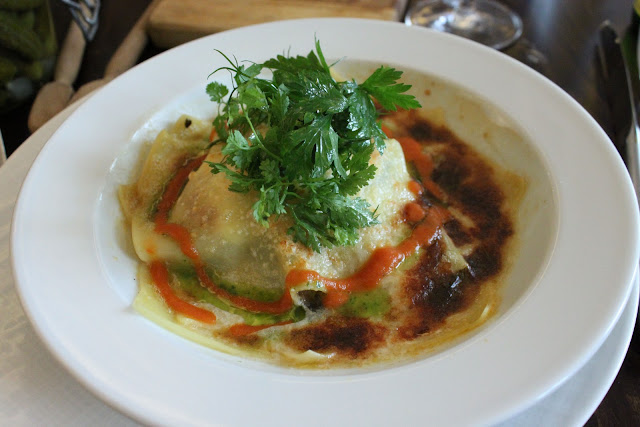 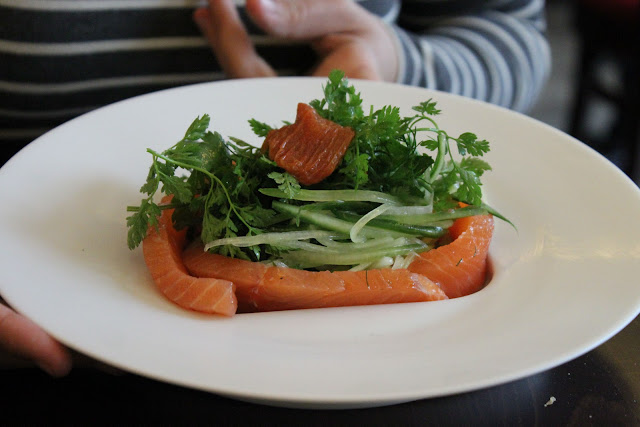 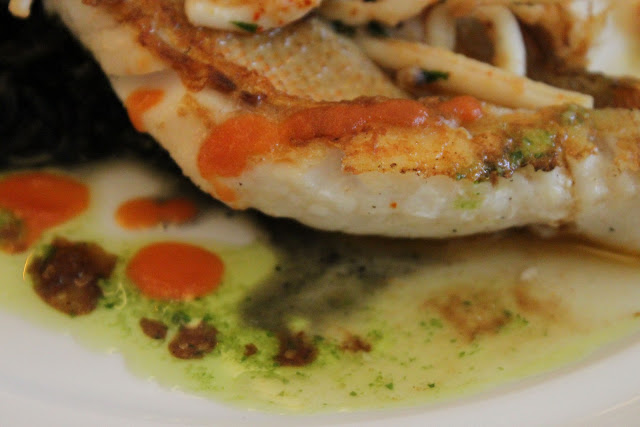 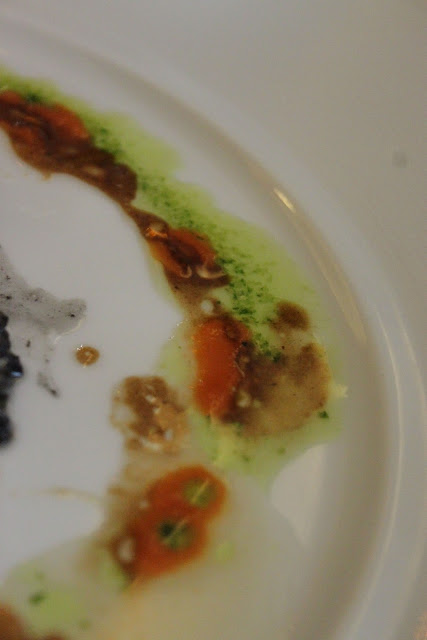 The colours of the sauce with the rascasse are so pretty, worthy of Monet ‘Les nymphéas’. 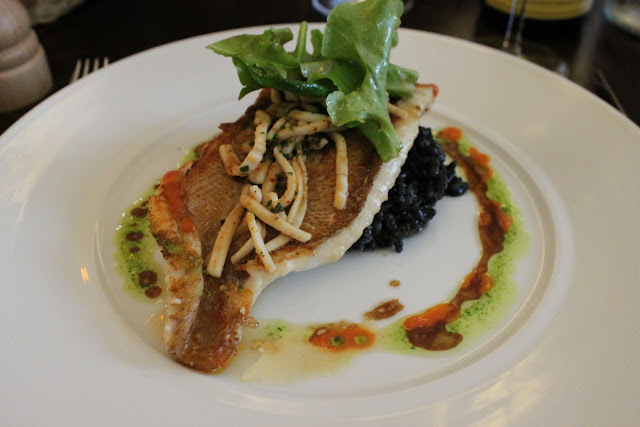 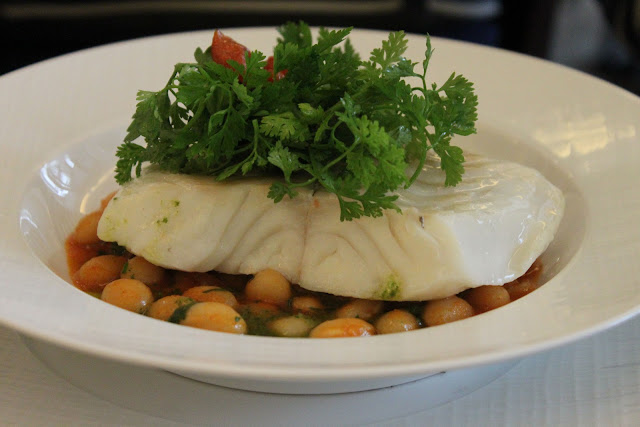 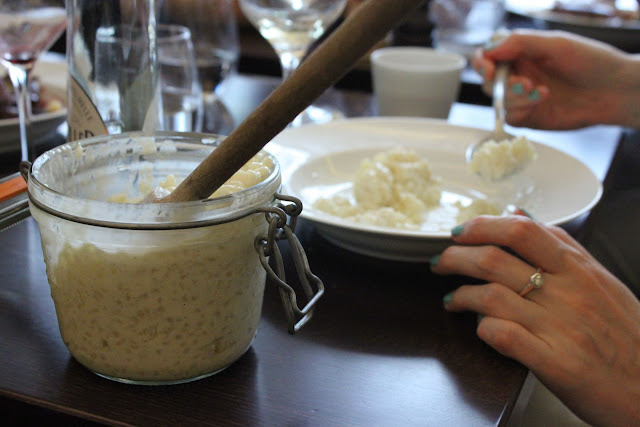 Next door’s rice pudding. Which I tried. You see I simply can’t behave like a normal diner in conventional restaurants anymore, I always end up talking to the tables next to me and inevitably, get to try their food. Love the presentation of this and the generous flecks of vanilla but not sure about it being cold. Bruno, my love, some like it hot! 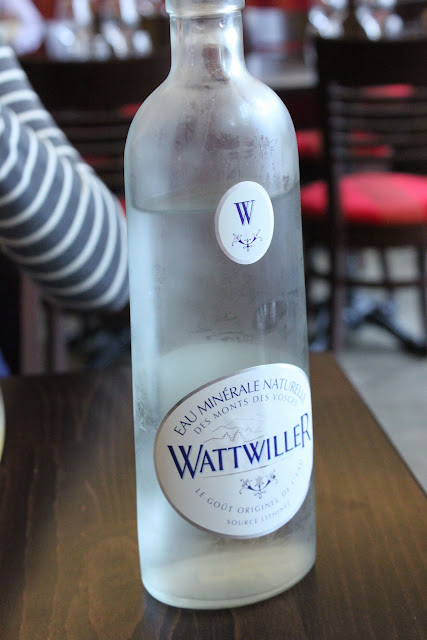 This water seems to be all the rage in the best restaurants. 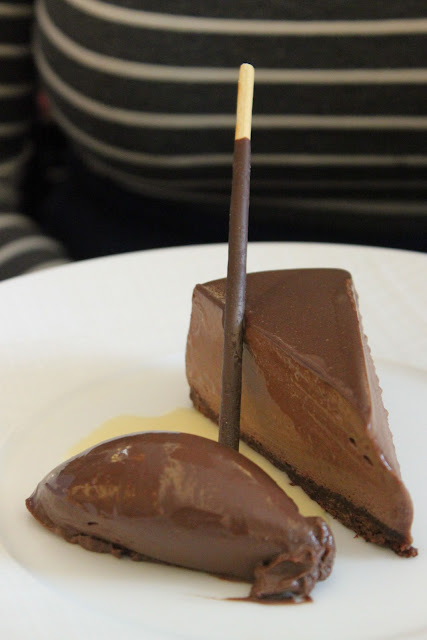 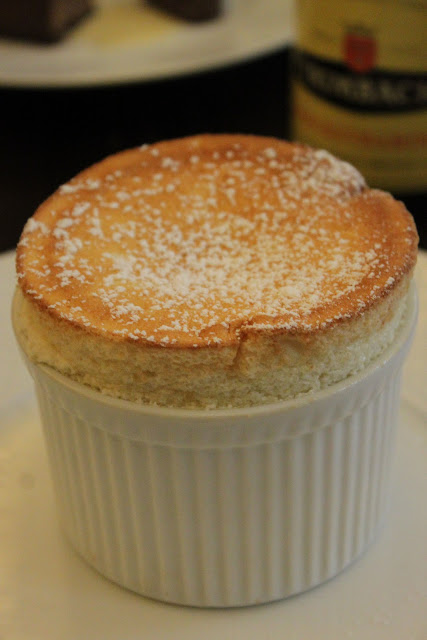 Grand Marnier soufflé. Believe it or not, I waited ten minutes (too busy chatting) before photographing it, so this is a slightly deflated version. 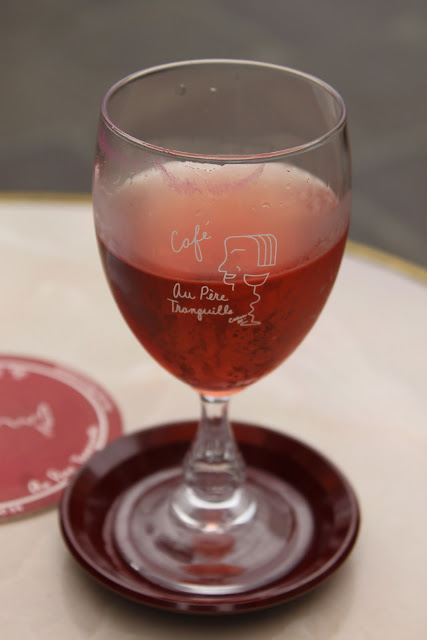