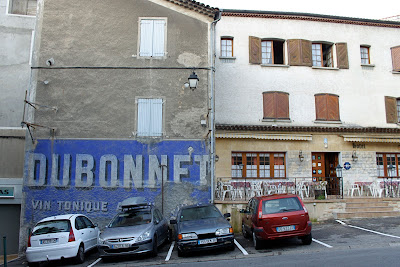 Sisteron, the first night.
I’m sure you all think my life is one long glamorous shimmering trail of good food, media interviews, visiting fantastic restaurants and artfully decorating my shabby chic residence. In reality I’ve been living on peanuts for years. Most of my furniture has been found on the street, all of the lovely retro French bits and pieces on my tables and shelves have been sourced at car boot sales, I have few clothes or toiletries and my Citroen C15 van was bought for £350 after the previous white van was totalled on the way to a disastrous blind date. Probably food is my biggest extravagance: I’ve always spent as much as I could afford and for The Underground Restaurant I frequently spend more than the recommended third on ingredients.

Monday to Thursday last week I drove back from the south of France via route nationale: no autoroutes (motorways with tolls) at all. It was slow but interesting, avoiding the deadening sameness of the motorway. My teen and I slept in the back of the van on a piece of hardboard and foam layered over my ‘buys’. The van was perfumed with bushes of fresh bay leaves and rain water grown rosemary, a gift from my mother, and, later in the journey, with pungent cheeses, a fresh cows milk made by monks in the Bourgogne, and Maroilles from the country of the ch’tis, the northern French.
The radio stopped working so the teen read me stories as I drove from a short volume of the work of Philip K Dick; it was surreal, lulled by the scenery into his claustrophobic schizophrenic world view, so obviously a product of the cold war. The stories are laugh out loud funny, often accurate predictions of the future with the odd lapse such as “he put a new carbon paper in his typewriter”.
On the way to Arras, I stopped at a relais routier restaurant. I wedged the door open with difficulty to be confronted by a grumpy old lady with black hairy chin moles and a cotton pinafore. The tables were set with red tablecloths, white paper napkins and duralex glasses.

“What do you want?” the lady growled.

“How many are you?” she barked.

Her eyes narrowed. “Alright” she consented.

She opened a large sticky plastic backed tome at the bar. Inside were two pieces of paper containing shaky painstaking old person’s handwriting. The menu was pure country French: rognons (kidneys) in red wine being one example. I knew the teen wouldn’t go for the selection so I left. I wish I had eaten there though. In ten years or less I doubt places like that will exist anymore. It occurred to me that the demise of French cooking coincided with the rise of the autoroute. All those small roads with tiny restaurants, where the chefs are often mothers and grandmothers, are now neglected. On the autoroute the view is bland and so is the food. The authenticity and character has been ripped out of travelling for the sake of those great modern destroyers: convenience and speed. 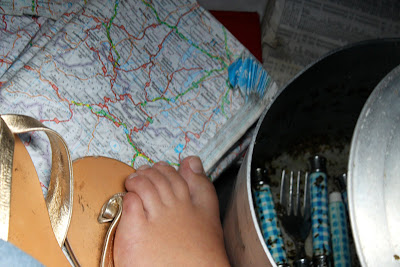 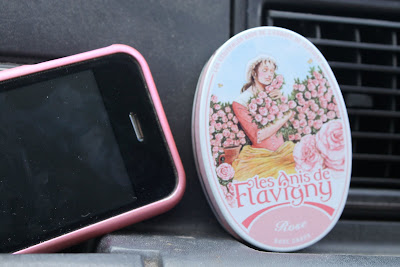 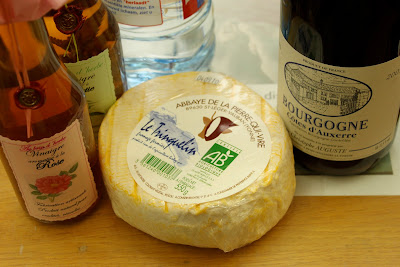 Shopping bought in the parc de Morvan, another little known area for British tourists. In a small Spa supermarket I bought local fresh cheese, a bottle of rose vinegar, a bottle of stinging nettle vinegar, some local Auxerre burgundy. 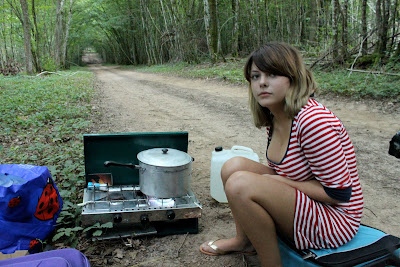 We decided to camp wild in the Morvan forest. We made dinner. As it grew dark there were cracking sounds in the woods, coming closer. We knew there were wild pigs and deer. “Something is definitely watching us” said the teen. We quickly packed and moved to a proper campsite. 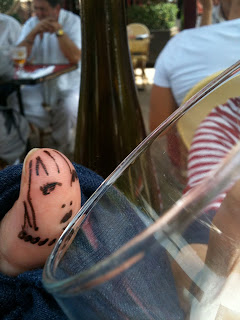 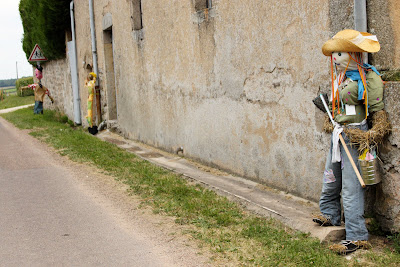 We passed through one village where all the local kids had made scarecrows from different materials, lining the route nationale. pic: siennamarla 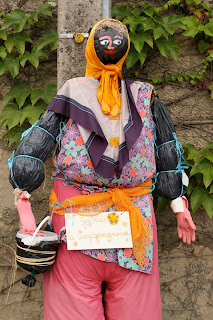 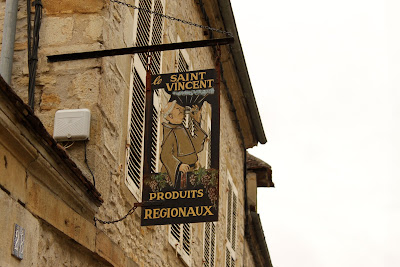 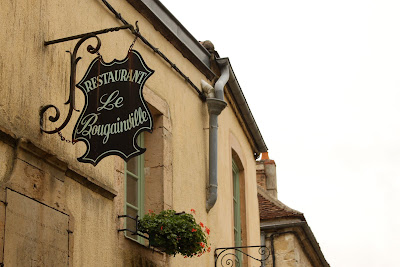 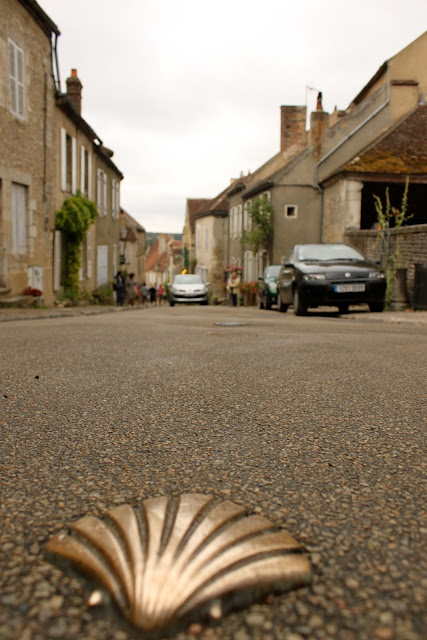 Vezelay is on the pilgrim’s route to Santiago hence the shells. 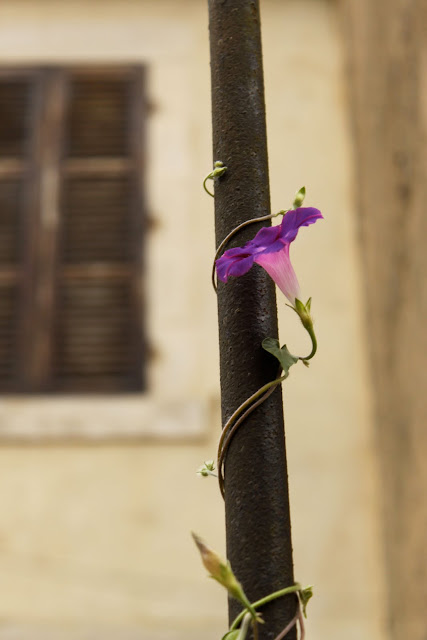 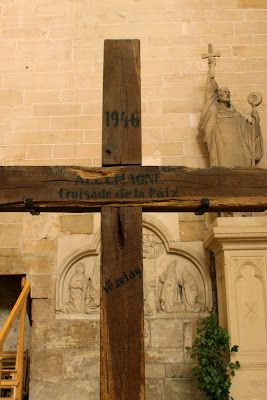 A cross of peace carried by German ex soldiers interned near Vezelay after the second world war. In 1946 there was an international pilgrimage to Vezelay to celebrate 800 years since St. Bernard iniatiated the second crusade from Vezelay. 14 crosses from the UK, Luxemburg, Switzerland, Italy, Belgium were carried to Vezelay and the German soldiers insisted on joining. A fifteenth cross was hastily made for them to carry, becoming a powerful symbol of peace and reconciliation. 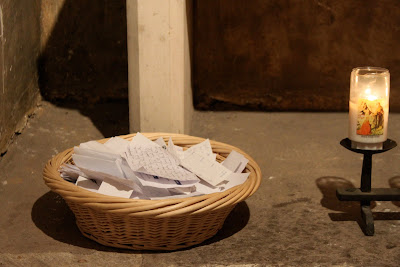 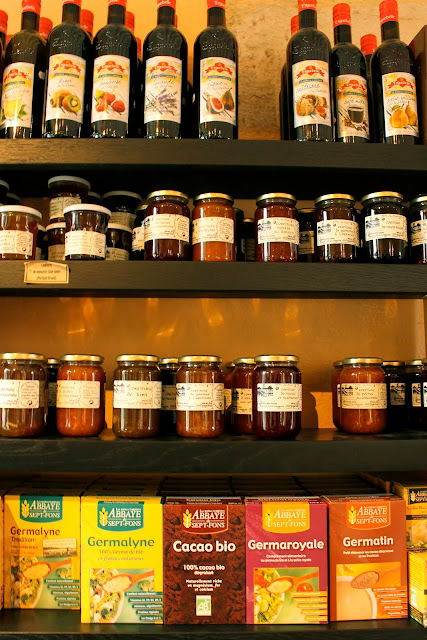 A local shop, run by nuns, sells food, drinks and products made by religious christian orders. 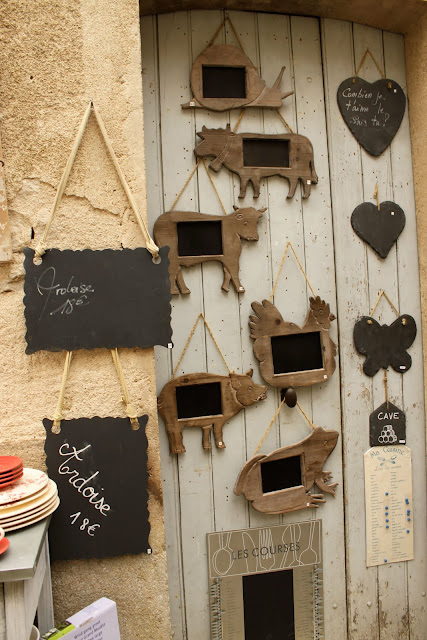 Another shop sells beautiful blackboards (above) and crockery (below) pic: siennamarla 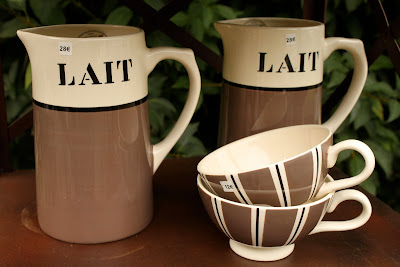 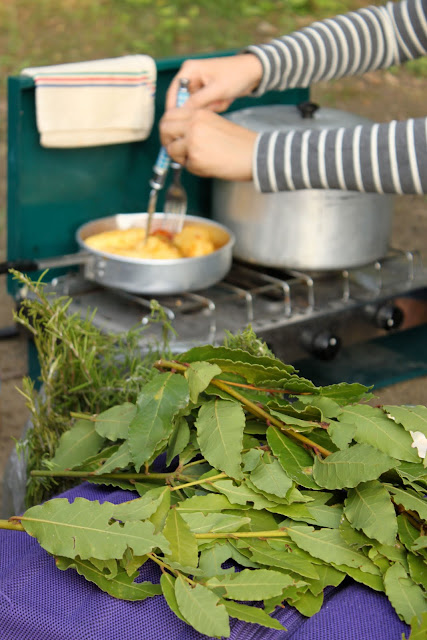 The 3rd night we camped near Laon, I fried up quenelles with a jar of northern african spicy aubergine salad. 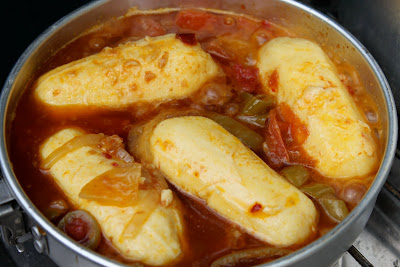 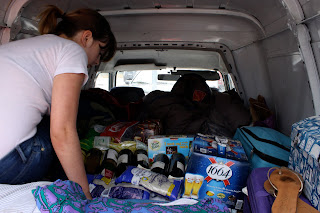 The back of the van filling up throughout the journey. 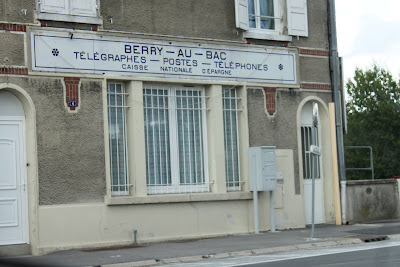