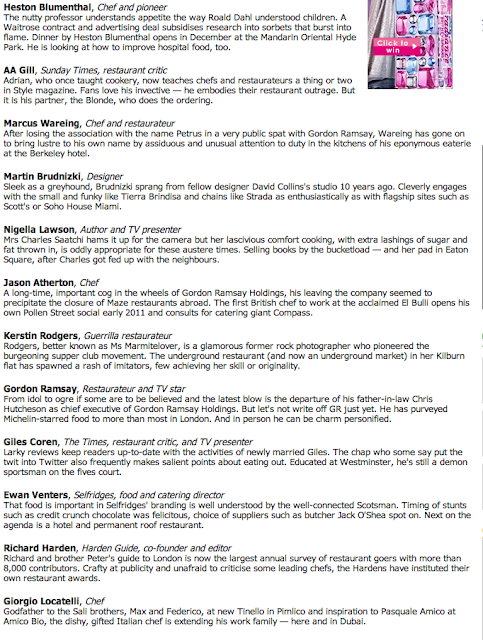 Last week was very exciting: I was thrilled to be named as one of London’s 1000 most influential people by the Evening Standard. I got the thickest stiffest invitation I’d ever received, with my name in beautiful italic script, inviting me to the party at Millbank.

Just before leaving I realised that my pink tights* had multiple holes, I quickly darned them, hoping the sewing lines would not be noticed in the dark. I felt like a character in Little Women attempting to cover her shabby clothing at the ball.
Outside there was a short section of red carpet (they have to keep it short as Westminster won’t allow it on their pavement).  I could see some photographers. I strode proudly into the middle of the carpet and waited. Quickly chastened by the complete absence of flash bulbs, I crept into the building where a door lady attempted to confiscate my invitation. After a few tugs which I resisted, I said “Please can I keep it? It’s the poshest one I’ve ever got”
Upstairs, we were led into a glossy floor by British Airways ladies. I stood there, knowing nobody. In the corner I spotted Andrew Lloyd Weber, by the window Jeffrey Archer chatted to some suits. Gulping back two glasses of champagne rather quickly, I gathered my courage and thought ‘Right I’m going to network’. I bounded up to Sir Philip Green and his daughter Chloe. I asked ‘Are you Philip Greene?’ in my nervousness leaving off his title.
“No” he retorted.
I blathered on for a bit “I thought I’d say hello because we are all here to network aren’t we?” to which he looked dubious, then even more inanely I spluttered “Is this your daughter, I’ve got a daughter” finally forcing my card upon him. I tried to shake his hand but it was kept firmly behind his back. Eventually I managed to grab hold of it and shake his hand.
Morris from the Evening Standard, a beautifully dressed man who does the fashion, and therefore invited all the thin people to the event, declared just afterwards “I enjoyed watching that!”.
I met the lovely Gizzie Erskine in the flesh: she’s very tall with huge wings tattooed upon her shoulders. We had our picture taken, I quipped that she was ‘cook yourself thin’ and I was ‘cook yourself fat’. She was off to the Boy George photography photography vernissage. She showed me his photo of her styled like Siouxie Sioux, it was brilliant.
Towards the end Boris Johnson and his sister Rachel turned up. The flashbulbs were pinging away especially when Karren Brady of The Apprentice joined them. I managed to hand my card to Boris and got my picture taken with him…wish I had a copy. I don’t know who the photographer was.
Next: a cool new foodie site lovefood.com (wit, humour, recipes, interviews, food) named me blog of the week which was very gratifying. 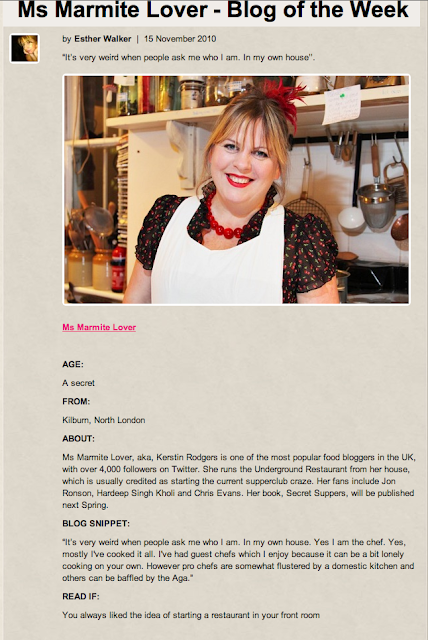 Then, Thursday evening, I get yet another letter from Transport for London lawyers asking me to shut down because they have patented the word ‘underground’. However they said I could use the name ‘Kilburn Underground’. Surely that would lead to confusion? I’d get people turning up with their Oyster cards and expecting to be transported somewhere. Plus I’m open at weekends and as we all know, the Jubilee line has been shut most weekends for the last two years and it’s expected to carry on for another six months. Good God, I seem to be jail bait for lawyers, after Warner Brothers warned me about putting on a Harry Potter night last year.
The Evening Standard have covered this latest story: 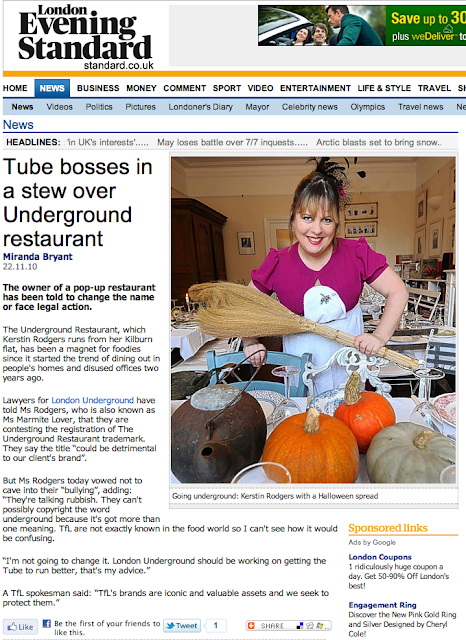 My book  Supper Club: recipes and notes from The Underground Restaurant is now available for preorder on Amazon.co.uk. It will be out at the end of March 2011.
The cover is really beautiful: 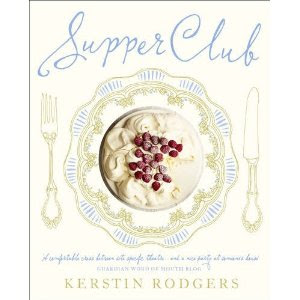 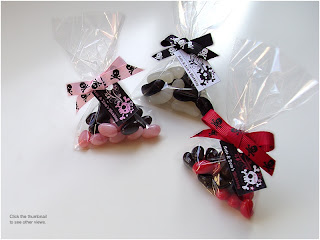 Favours from French Made

Salad dressings from Mrs Monks
And finally, currently working on my Little House on the Prairie Thanksgiving meal which I shall blog about in detail later in the week.
*One of my few pairs that stay up. Really, the person that invents tights that don’t roll down your tummy will be a millionaire.