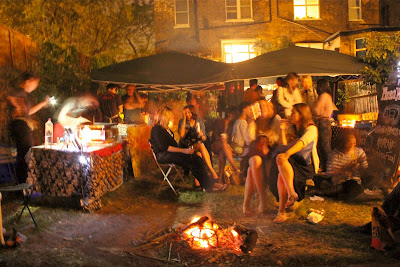 Talk about a success! Tuesday I’d sold about 70 tickets. Will anyone come? I thought. The pressure weighed heavily on me: 35 stallholders and few ticket sales. I checked my iphone weather app: rain Friday evening. Oh bugger.
Fast forward to 6pm Friday evening: the sun shone and the first of 600 subsequent people came to the door. Most stallholders had arrived at around 4pm and a small team of helpers were telling them where they could park. There were the usual minor stall holder territorial skirmishes… (I’m still recovering from joss stick wars between two rival ‘healers’ in the shed last time).  Stall holders have this urge to bring everything they’ve ever made and put it on display. A ‘one table pitch’ inevitably ends up as three tables, baskets, wooden crates, gas rings, deep fryers. Sometimes the tables aren’t terribly sturdy; more than one smashed bottle occurred in the lead up to opening time as displays wobbled.
Of course I reverted to my usual role of bad cop. “Move that!” “That’s dangerous!” “Oi, where do you think you are going?” “NO, NOT THERE!” “Why is my telly now on the other side of the room where the soap stall should have gone?” “You are blocking the stairway. Hundreds of people need to access the garden and you have put your stall at the exit point” “Where is that fucking beer?” “Please DON’T use my best glasses” “Where are my car keys/credit cards/knickers/hair brush?”
If you want to be popular don’t arrange a big event. I spent most of Friday night snarling at people. But… it was a brilliant success. Rammed and jam-packed. Speaking of jams: I had my Mauvaise Maman boozy jams and salsas for sale. There were food discoveries in every corner: raves for Korean kimchi sliders, Mauritian street food, Jon the poacher‘s nettle soup on the bonfire, Anna Mae‘s smokehouse pulled pork, Squis!to‘s home made sausages, La Cremerie and The Deli Station‘s cheeses. Being a Friday night, hot food did best, as did alcohol. Every market is different. I succeeded in my objective of bringing good food to a different audience… Visitors were younger than usual, the after work crowd.
The Dragon’s Den panel consisted of a range of people who work in food from retailers to journalists: Sheila Dillon of Radio 4’s The Food Programme; Tim Hayward, editor of Fire & Knives and up for ‘best journalist of the year’ award, Joanna Anastasiou-Milne of The Deli Station and Mary of Mount St.Deli. I got told off by Joanna for not introducing her and Mary properly whilst ‘MCing’ the Dragon’s Den. So here goes: Joanna is currently sitting on £100,000 worth of stock from Slow Food Producers in Italy, France and the UK. This is quite stressful as much of this stock has a limited shelf life. People like Joanna and her partner Ben are the unsung middle men of the food chain. People sympathise with farmers and producers. They enjoy the shops, restaurants and deli’s the produce is sold in. But no one talks about fine food distributors such as The Deli Station who source and discover product, invest money, yes hard bleedin’ cash, by buying it, storing it (properly) by renting a warehouse (expensive), deliver it and sell it. They are the risk-laden un-media friendly missing link between the picturesque farmer in his/her field and what’s on your plate.
I’ve spent time at their warehouse in Enfield, tasted their fantastic cheeses, flavoured oils, truffle honey, exquisite biscuits. They often hold wine tastings. Check ’em out. At the Christmas market Dragon’s Den they took on Hiromi Stone‘s product, ‘Kinomi’ Japanese flavoured nuts and are launching it soon to Harvey Nichols, Harrods, the Caprice group, Frosts and others. 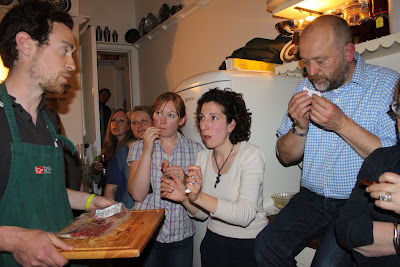 Treflach Farm gave a passionate speech beginning with how he gave up his former job and  took over his dad’s farm when he became ill. He also gifted me with a stack load of duck eggs. What shall I do with them? Suggestions below please… 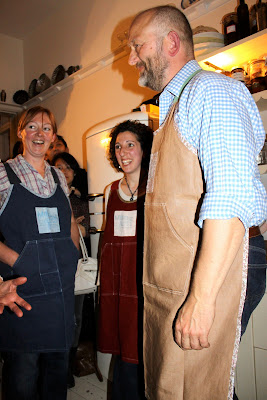 Aprons from Milla and Arti, the panel were very impressed with their innovative design and quality. 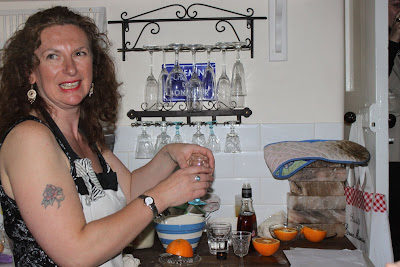 Denise, a finalist in Britain’s Best Dish on TV, and a Welsh supper club hostess, demonstrating her classic British trifle. 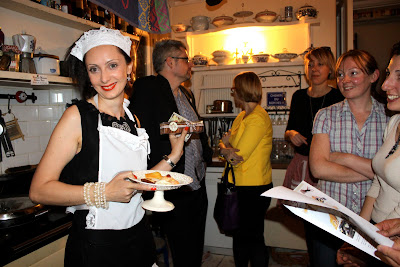 Laurence of French Made presenting her macarons to the panel. 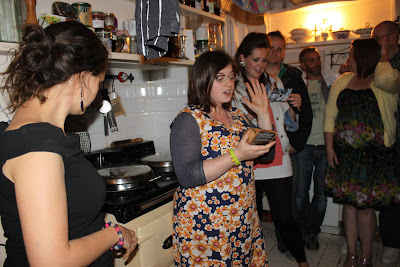 Jaz and Juls presented their quality hot chocolate mixes to the panel, but made the classic mistake of no samples, thereby reducing their impact. Talk to the stomach not the brain! The panel advised that they got in touch with baristas and took their product to high end coffee shops. 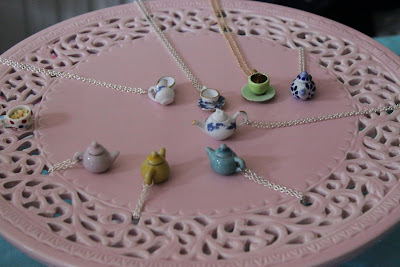 There were also some beautiful craft stalls such as Galavant’s jewellery, I forgot to buy a little blue and white tea cup necklace. 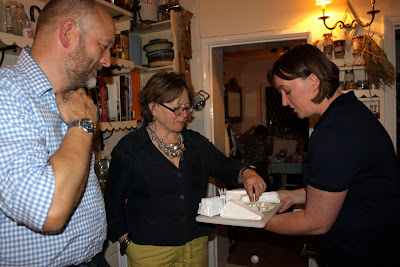 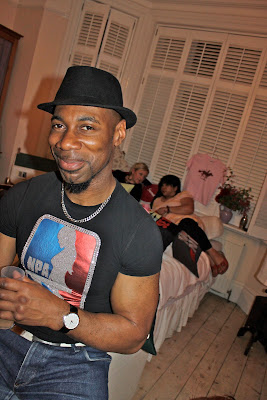 People were partying in the bedroom. 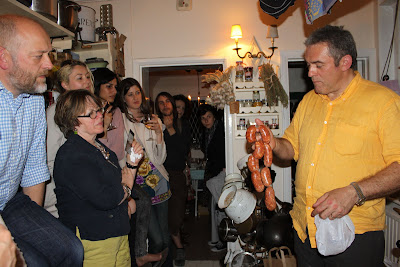 Squis!to artisanal deli and supper club from Warwickshire, presenting his sausages. You can club together with your mates and buy a pig to eat. D. J in the bedroom, me old china’s hubbie!
There was a bar in the bathtub, cocktails on the ironing board, fantastic music from Shekoyokh despite the kids next door throwing a rock at them (I called the police and two gorgeous policemen turned up, leaving all the female stall holders fawning) and accordionist Tom Baker. Probably the most popular yet, the market with the best atmosphere. I need a bigger venue!
I didn’t get many pictures, too busy but please add a link to your blog post if you’ve blogged about The Underground Night Market. Here is a link to the forum I’ve set up, in which people can discuss this event.
More blog posts and photos: