This Friday night I’m cooking a dinner from foraged foods with Nick Weston who wrote The Treehouse Diaries (he’ll be bringing signed copies to sell) about his year living in a treehouse surviving on only wild foods and what he could kill/poach/fish. There will also be a ‘natural’ wine tasting with ‘That Crazy French Woman’ Isabelle Legeron to coincide with the Natural Wine Fair which is taking place at Borough Market this weekend.
Nick and I have come up with an interesting menu but it does depend slightly on what he forages from the countryside.
Possible menu:
Amuse bouche: nettle pesto on flat breads…
Starter: Soup with horseradish cream quenelles
Main: perch
Salad: foraged leaves
Damper bread on sticks
Home-made cheese
Knotweed crumble
I attended a natural wine tasting a couple of weeks ago with Isabelle. Natural wines aren’t filtered and adulturated in any way (even organic wines can have additives). They take a bit of getting used to, but are a far cry from the generic tastes of supermarket or mass market industrialised wines. Natural wines come in tiny batches and consistency of taste, one year like the next, is not an aim, rather they celebrate the fluctuations of nature. You can always tell a ‘natural’ vinyard, they are unweeded, yields are not forced therefore few grapes per plant. The winemakers themselves are often renegades and rebels, ‘baba cool’ homesteaders who avoid the big business marketing of the large chateaux. At the tasting, even though I drank more than usual, I didn’t suffer from a hangover, thanks to the lack of chemicals and sulphur. However some of the wines didn’t even taste like wine, one was like cider or fermented apple juice. Isabelle is also bringing along a rare ‘orange’ wine: wine made from white grapes with the skins left on, popular in Eastern Europe.
A handful of tickets for this extra special meal are still available: book here. 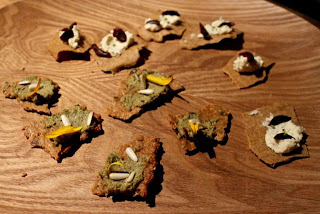 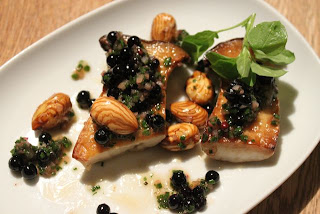 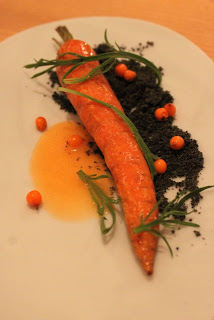 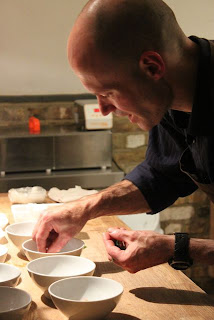 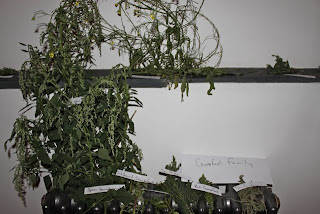 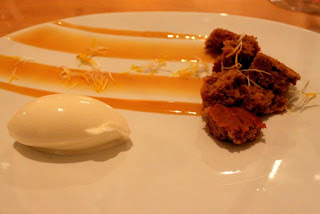 Last September I attended a foraged meal at The Loft Project with Miles Irving who wrote The Forager Handbook. He’s a bit of a prickly character, Miles, much like the plants he forages. He spread wild herbs around the room, sorting them into families such as rose (containing mostly fruit such as strawberries, applies, pears and stone fruit), dock (knotweed, rhubarb, buckwheat and black bindweed), mint (basil, sage, marjoram), bittercress and goosefoot. Most of these families are safe except for the carrot families which contains some toxic even deadly plants. Wild carrots are too fibrous to eat, the seeds are an old wives birth control method. A bitter plant is not always bad however, some are only bitter until cooked such are parsley of Alexandria. Miles supplies chefs at all the top restaurants: Sat Bains, Hix, Hibiscus, The Ivy, Richard Corrigan. Some of the chefs compete with each other to get the most unusual ingredients.
The chef, softly spoken American Rob Martin, influenced by his training at Noma, made some interesting and accomplished dishes: home made seeded rye crackers with pickled wild damsons, raw sunflower spread and wild fennel (camphor) seeds; a dish mixing chickweed, elderberries, cobnuts and mushrooms, a meat dish of duck, blueberries, yarrow and corn on the cob. He also served raw prawns which the chef sat next to me adored, being macho about food; I thought I was going to throw up as I tried to swallow these grey soft bodies.
Wild plants have more nutrients: bright colour is often a sign of nutrition. Most wild plants being rediscovered, to the point that foraging now needs to be controlled, have been ignored for hundreds of years although commonly used in Greece and Turkey.