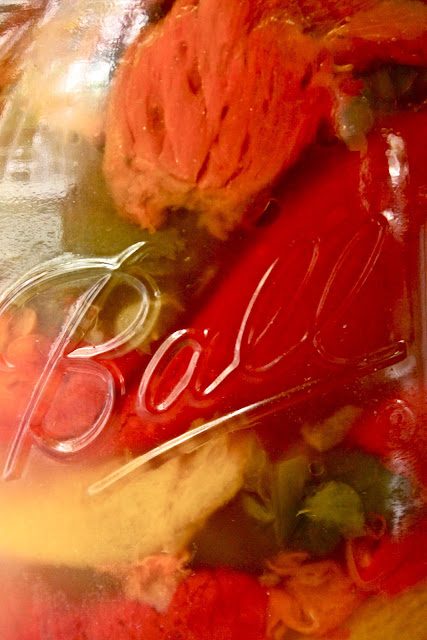 Sirens scream outside on Watling Street, closer, more hysterical, each minute. As the waxing moon (the people) meets revolutionary Uranus in the England chart, deprived Kilburn with it’s transient population of immigrants and flat dwellers remains a surprising haven of calm during the London Riots. But tonight, who knows?
Today I decide to preserve peppers, one of my favourite vegetables. I have a box of peppers, red, green and yellow leftover from Camp Bestival.

Roast the whole peppers in an oiled tray in the oven until the skin is bursting, approximately 40 minutes.
Remove and let cool enough to handle.
Strip off the shiny skin and remove the seeds and stem. Do not rinse under cold water. You want to keep the flavour and the juice. 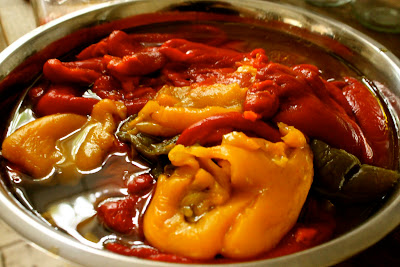 Dip each pepper in a bowl of good (Maille) red wine vinegar.
Layer in another bowl. Sprinkle with sea salt on each layer.
Rinse jars and lids in hot soapy water. Rinse well. 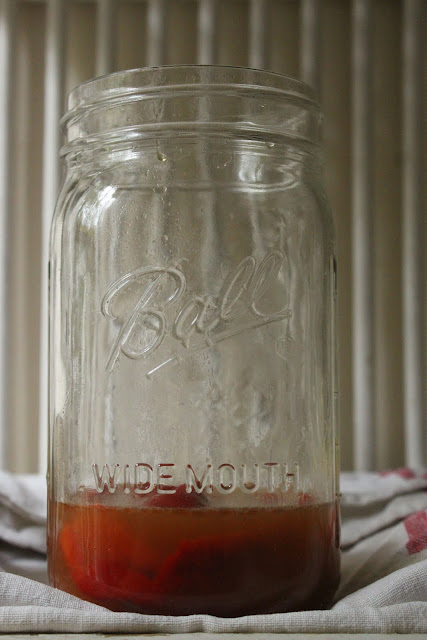 Pour some of the vinegar into the bottom of the jar.
Layer the peppers, removing any stray seeds, until you have a half inch gap from the top of the jar. 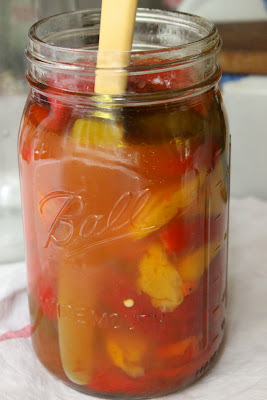 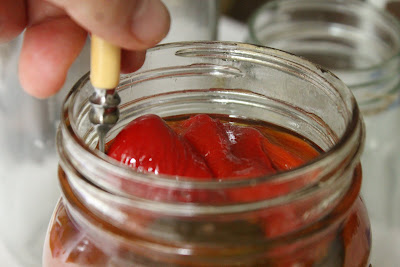 Run a butter knife around the inside of the jar, removing as many bubbles as possible. The liquid level may drop.
Then top up the jar with olive oil, leaving a small gap before you screw on the lid. 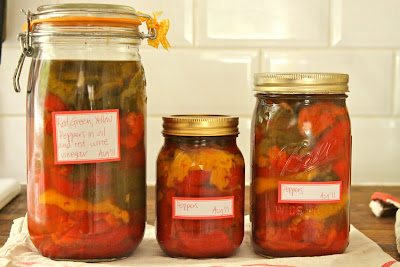