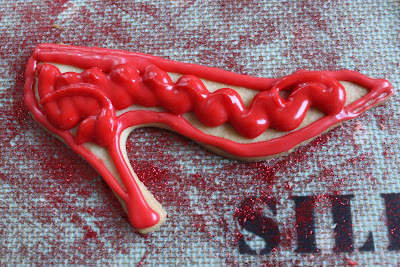 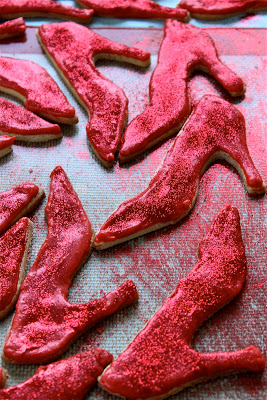 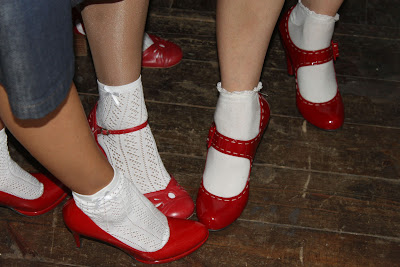 When I planned this dinner, the first of my ‘Diva’ series, I imagined an autumnal menu, a slight chill in the air, closed doors, maybe even a lit fire. Instead, I spent yesterday toiling through the heat, dripping limply through my prep in an airless kitchen where the oven is an Aga that you can’t turn off. At about three pm I was so overcome with tiredness, I laid briefly on my bed in the only cool room of the house, to relieve my heat swollen ankles. An hour later I was awoken by the sound of my own snoring.
Indian summers are no fun when you are in the kitchen. The limitations of a home restaurant becomes evident, not enough fridges, the icing on the biscuits dried too quickly then melted, and everything in general wilted including me.

Red or white prosecco served in babycham glasses, palmiers, olives
Heritage tomatoes, oak smoked tomatoes, goat’s cheese curds and guacamole salad
Spaghetti vongole in a silver bag (recipe in my book, one guest told me it was the best she’d ever had and she works with top chefs!)
Cheese and Biscuits
Rosemary chocolate fondant with Ruby shoe biscuits 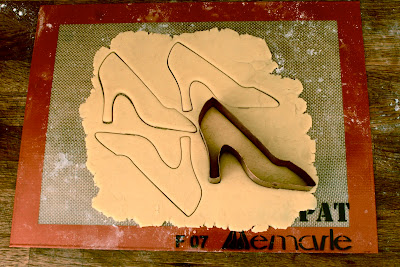 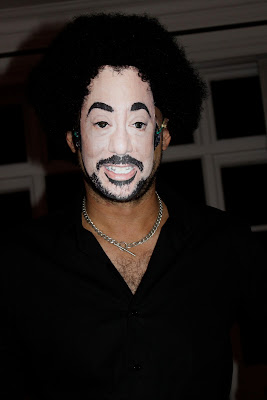 David Gest made an appearance. 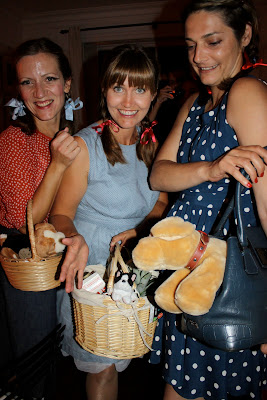 A trio of Dorothys. 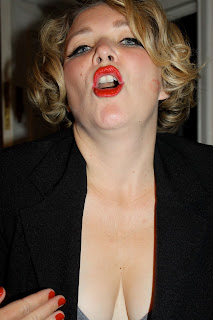 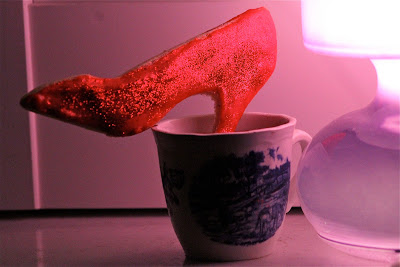 How to make ruby shoe biscuits
100g of unsalted butter
100g caster sugar
1 egg, lightly beaten
275g plain flour
1 tsp vanilla extract
Icing:
400g icing sugar
3-4 tbsp of water
As much red food colouring as you need to give a deep colour.
A pot of red edible glitter.
Line a baking tray with a silpat.
Cream the butter and sugar together.
Beat in the egg and vanilla.
Stir in the flour until it comes together as a dough.
Roll out the dough on a floured surface to a thickness of 1cm.
Using your shoe shaped cutter, cut out as many as you can.
Save the scraps to make into a ball and repeat.
Bake the viscuits for 8-10 minutes.
Leave to harden for 5 minutes, then cool on a rack.
Sift the icing sugar into a bowl and gradually add the water.
Add the food colouring.
Put some of the icing in one piping bag, enough for doing the lines around the edges. This icing should be slightly firmer in texture.
Having snipped off a teeny bit of the end of the piping bag, use the stiffer icing to pipe precisely around the edges of your shoe shape, within a millimeter of the edge.
Have another icing bag with slightly more water for the filling in or flooding of the shoe. You need to cut a little more off the end for a bigger hole in the piping bag.
Fill in, wriggling the icing down the middle of the shoe.
Using a butter knife dipped in water (not too much) spread the icing until it covers the inside of the shoe.
Add the glitter while the icing is still wet by dipping a dry pastry brush into the pot and flicking the brush over the shoe with your finger. You want an even layer of glitter.
Let the biscuits dry for 24 hours in a cool place.