“I wasn’t taught manners. My family never had meals together. We never had conversations. I would eat over a pot” Barbra Streisand.

I used to rent a flat in West Hollywood. One mid week afternoon, during a period of unemployment, I decided to cheer myself up by playing one of my Barbra Streisand records. No one else was home,  I was singing my heart out in the middle of the sun drenched living room. The record bumped along until one of my favourite tracks ‘Don’t rain on my parade’ so I turned the volume up.  During a quieter passage of the song, I realised the banging was not part of the orchestration, it was the front door. Tentatively opening the door I was immediately pushed back by three rifle/machine gun toting policemen. Barbra continued to wail in the background.
“What’s going on?” I gulped, a gun pointing at my head.
The eyes of the lead cop darted back and forth, as if he were capturing a dangerous criminal and was about to get ambushed.
“We’ve had a report of a disturbance” he eventually growled.
Barbra’s voice built up to a crescendo for the final impossibly held note.
“Your neighbour has complained about the noise Ma’am, please turn down the music”. Trembling I switched off the hifi. This must be the neighbour whose wild dog barked all night. He called armed police on me for playing a two and a half minute Barbra song too loudly.

The evening started beautifully with Michelle’s husband Victor reading prayers, handing around the kiddush wine and chollah bread while candles flickered. It really was a sublime moment, guests standing respectfully and declaiming ‘Amen’ in the right places. Maybe one of my best supper club experiences ever. As I said to my guests, I don’t believe in God but I do believe in prayer.

The dinner was long in the making: it seemed like every dish had to be soaked, pickled, smoked, baked, twisted, simmered for 12 to 24 hours. I cooked the traditional Shabbat cholent (with beans bought from a fascinating Kosher shop ‘Yarden’ in Golders Green, which stocks Graham Crackers, good for the New York cheesecakes) for well over 24 hours. Two Israeli guests said that it was pretty authentic.
Menu:
Kiddush wine, chollah
Blessings 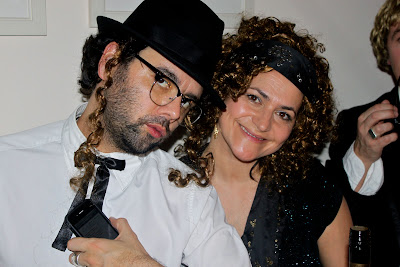 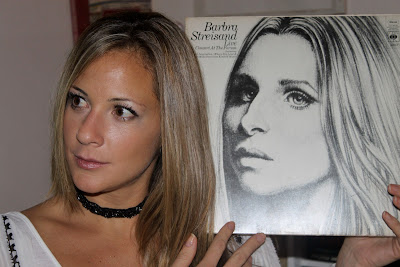 Barbra during her ‘What’s up Doc’ period. 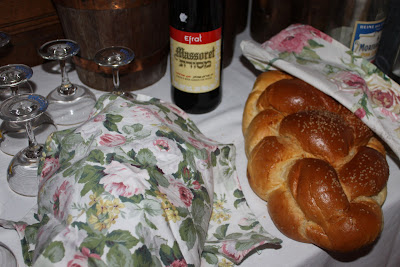 Traditionally you have 2 loaves of chollah covered with attractive cloths and kiddush (boiled blessed wine) which is shared and also must be in a beautiful vessel. I used a babycham glass. 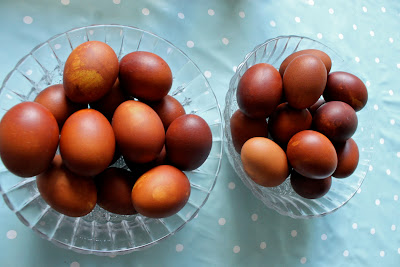 Hamine eggs “Great favourites of ancient origin” according to Claudia Roden. These are boiled on a very low heat with onion skins and coffee grounds for 6 to 8 hours. 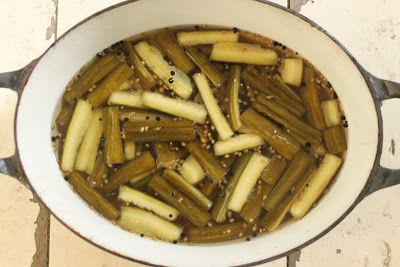 One of the three types of pickled cucumbers that I served. I’m still perfecting a recipe and will post it when I’m really happy with it. 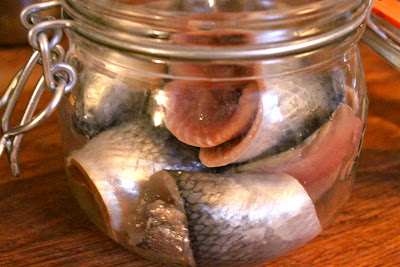