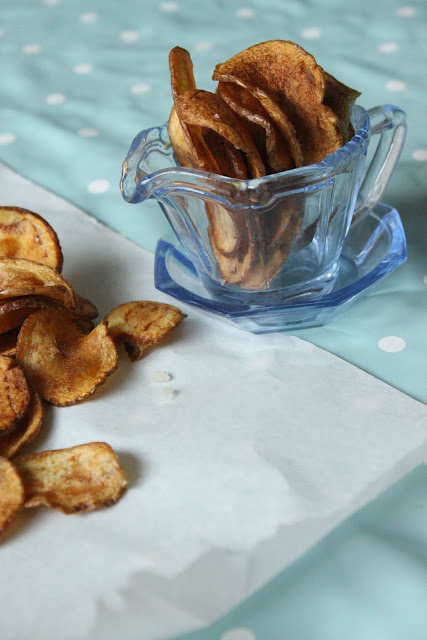 The British Isles love crisps (and in this I am speaking geographically and including the Irish). American author Greg Gutfeld in ‘Lessons from the land of pork scratchings’ writes about our socialist approach to eating crisps in pubs:

“When a bag is purchased, it doesn’t matter who buys them, they are for everyone. And this is underlined by the method in which the bag is opened. (One) tears the bag down the seam on the rear of the bag, splaying it out flat so that the crisps are available from all sides by anyone at a table… Generally Yanks open them from the top, and pull from the inside. Only the purchaser can get at them.”

I’m a recent fan of Irish fried offerings… Tayto’s and Chipsticks, the latter wincingly vinegary. I’m still upset about Walker’s reversing the traditional colours for Salt and Vinegar (green!) and Cheese and Onion (blue!). The extant Smiths crisps (they still trade in Australia) with their characteristic blue paper teardrop shaped twist of salt were invented near me in a garage in Cricklewood.
The best crisps I ever ate were cooked on a street stall in Madrid outside the Prado museum: I emerged from peering at gloomy Goya oils to scoffing hot fried disks of thinly sliced potato, scooped from a metal basket into brown paper bags. To eat them was to experience a delirious orgy of bubbles of olive oil breaking like mini dams on your tongue, the crunch and the salt… the sublime mouth feel, soft then sharp, pain then pleasure.
The continentals favour paprika on their snacks, we, on the other hand, famed for our street fashion vulgarity, discard minimalism and embrace Prawn Cocktail, Worcester Sauce, Roast Chicken, Steak & Onion, Smoky Bacon, Lamb & Mint, Ham & Mustard, Barbecue, BBQ rib, Tomato Ketchup, Sausage & Ketchup, Pickled Onion, Curry, Branston Pickle and even Marmite.
I don’t like posh pub crisps, all that home-spun ‘Kettle’ fried nonsense, costing £1.50p a bag, so thick that they cut your gums to shreds.
But I would recommend making them at home… especially easy if you have an electric deep fat fryer.

1 kilo of good frying potatoes such as King Edward, Russets, Maris Piper or Sante, scrubbed (you can peel or not peel, up to you)
1 litre of good oil
Sea Salt

Slice the potatoes as thinly as possible, using a mandolin.
Soak the potatoes in cold water for a couple of hours.
Then dry the potato slices thoroughly with kitchen towel or tea towels.
Prepare a counter with kitchen towel laid upon it to soak up oil.
In your fryer bring the oil up to 90 degrees.
Place a layer of the dried potato slices in the fryer. Not too many. Yes this is time consuming but you want crispy crisps don’t you?
Fry until golden and transparent.
Leave in single layers on the counter prepared with kitchen towel.
Sprinkle good sea salt on them.
Keep going, layer after layer.
If they have been carefully fried and drained the crisps should keep a month in an air tight container. 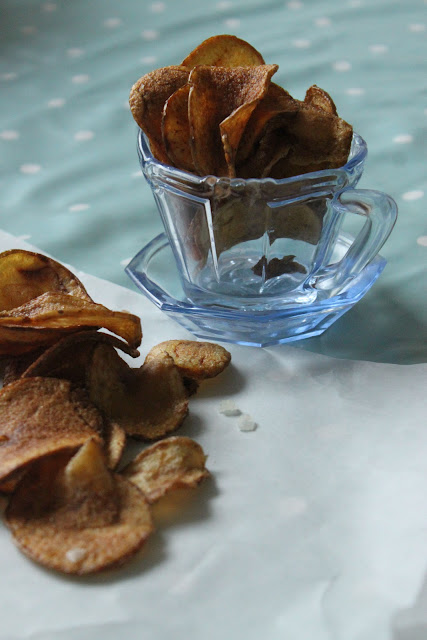