Ah the life of a blogger…it’s one long breeze. Bet ya jelus. Even I’m jealous of me sometimes.
Generally I can go on bloggers trips at the beginning of the week, after my supper club weekends. Mostly I don’t go. But I’d heard good things about The Pig and frankly, not having had a holiday in two years made me desperate to get out of London, even if only for the day. The Pig is a hotel and restaurant in the New Forest, sort of near Southampton.
The train from Waterlo with fellow bloggers and journalists, was, dear readers, was one long bitch fest. I work alone a great deal and this is like therapy. Did I ever mention that I’m the world’s worst gossip? Not because I’m being malicious (ok maybe sometimes) but because, firstly, often I forget that it’s supposed to be a secret and secondly, I just love a good story. I can’t help it. I love true-ish gossip. I believe it helps World Peace. It’s spying without the overcoats. It’s all about communication really. One study even says it’s good for your health.
But I have now been supplanted on that train journey as chief gossip and whiner by a certain Alex Larman who started the Quintessially site. He knows about everyone; from Prince Harry (NOT Charles’ son he authoritatively informed me) to how to get into Oxford (be one of the top 10% or one of the bottom 10%, the 80% of swots in the middle are fighting it out) to who is gay (he got that wrong sometimes, I informed him that toff blogger James Ramsden isn’t actually gay) and who’s screwing who (now that would be telling) and who’s broken up with who (a certain New Year’s tweet: “Douglas Blyde: 0/10”).
Eventually fair satiated with rumour, we arrived at The Pig which is like the country house you’ve always wanted.
China and glass ware is discreetly unmatched. The styling of the hotel and dining room is detailed, careful, tasteful, quirky and characterful. Everywhere you smell burning wood. I love a man who smells of log fires. (I also like men who wear big jumpers, have thick necks, blue eyes and slightly hunched backs). It’s comfortable and homely but with style and a staff.
At lunch I was sat next to the poshest man I’ve ever met, David Elton, who owns The Pig. A dyed-in-the-wool old style Tory, he had a twinkle in his eye and charm to spare. We couldn’t have been more opposite.
I asked: “Was it a struggle to get your business going?”
“Oh yes” he replied.
“What did your wife think?”
“She thought it was awful that we had to get a mortgage.”
“Next you’ll be complaining you had to buy your own furniture” I teased.
He got the joke. “I once had to explain to an old aristocratic lady what a mortgage was.’It’s when families don’t have enough hices* to go round’.”
Food was delicious. I wasn’t sure at first why I was invited as it’s a restaurant called The Pig. The menu boasts ‘Piggy bits’. I don’t eat meat. Foraging and local food, bang on trend, are utilised in the 25 mile menu. (It gets closer to home during the summer months; a ten mile menu, a five mile menu).
I started with home smoked salmon. I can’t emphasise enough how different artisanally smoked salmon is from shop-bought.
Then, buttery clams in linguine. I mopped up every last smear of the sauce with the daily baked bread.
Pudding, a mint mousse, original and refreshing whilst faintly reminiscent of Wrigleys chewing gum, placed next to a earthy brown mound of chocolate ice cream.
A look around the bedrooms, the gardens (neat long barrows of wintering globe artichokes), the smokehouse, made my heart ache with envy.
“Do we have to go home?” I pleaded. But they made me.
http://www.thepighotel.co.uk/ 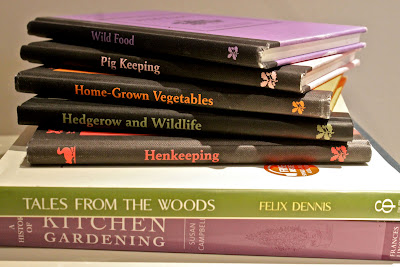 Country Books in the bedrooms 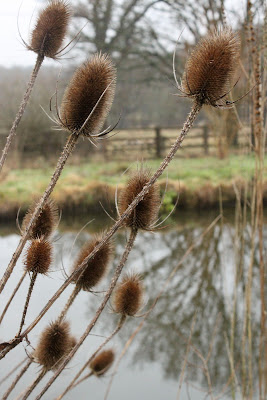 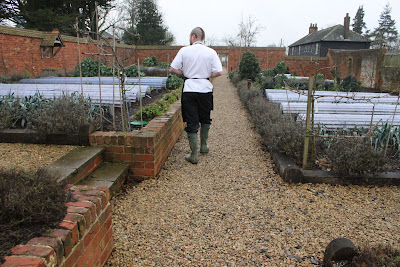 Chef in the garden 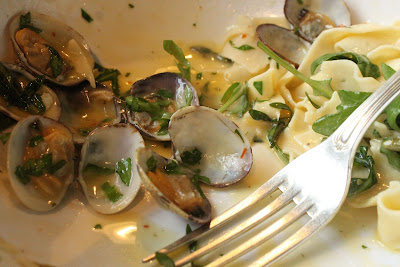 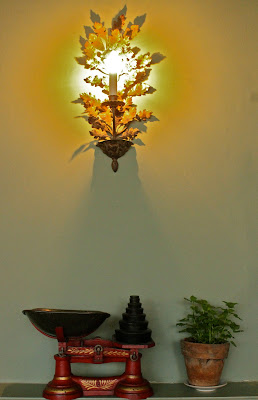 Detail of the dining room 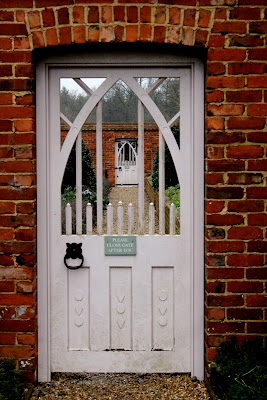 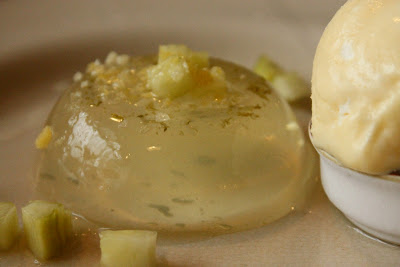 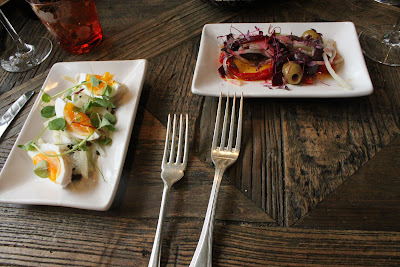 Eggs from their chickens… 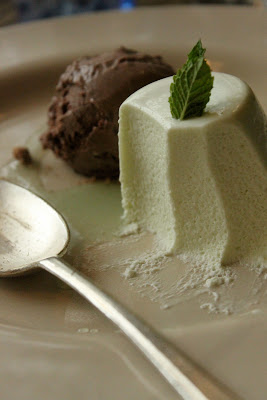 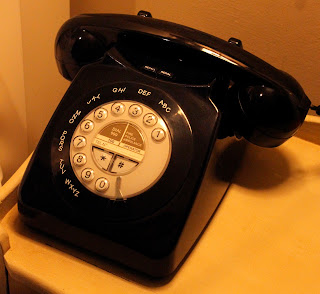 Room details such as vintage phones (my daughter once asked me “How do you dial? You can’t press the buttons” I had to explain that you put your finger inside and moved it around) 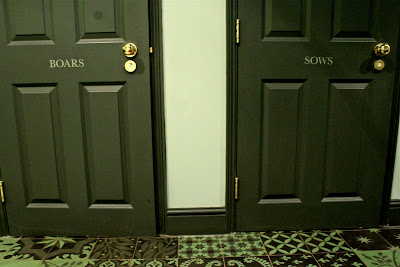 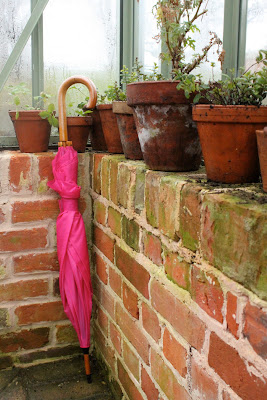 Pink umbrella in a Greenhouse 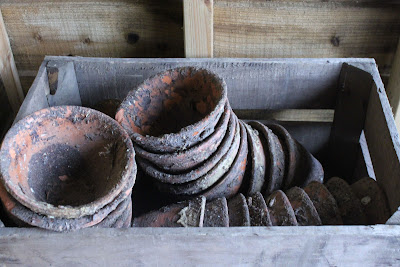 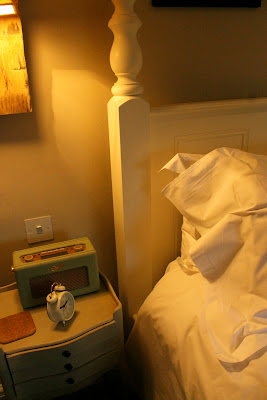 Classic Roberts radios in every room 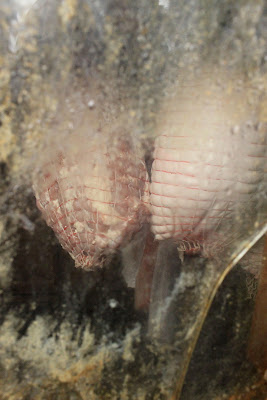 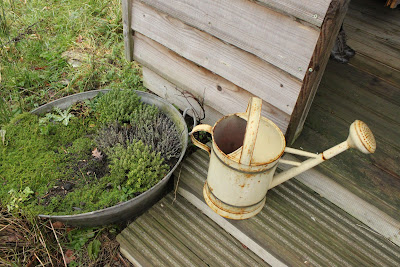 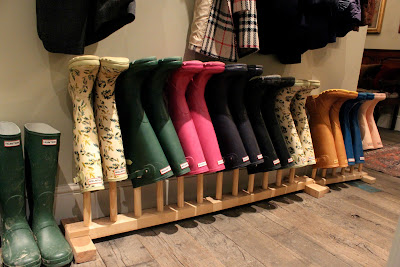 Wellies lined up for guests to borrow… 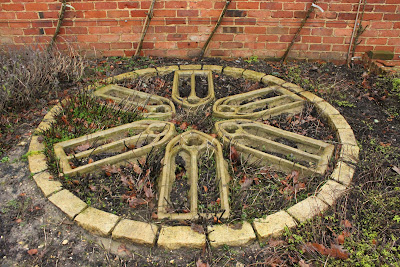 Love this idea…a herb garden in an old stone window 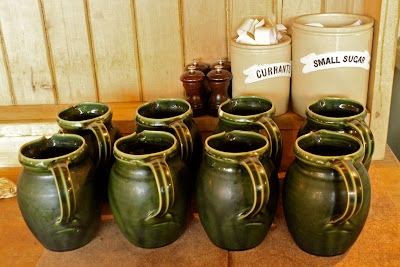