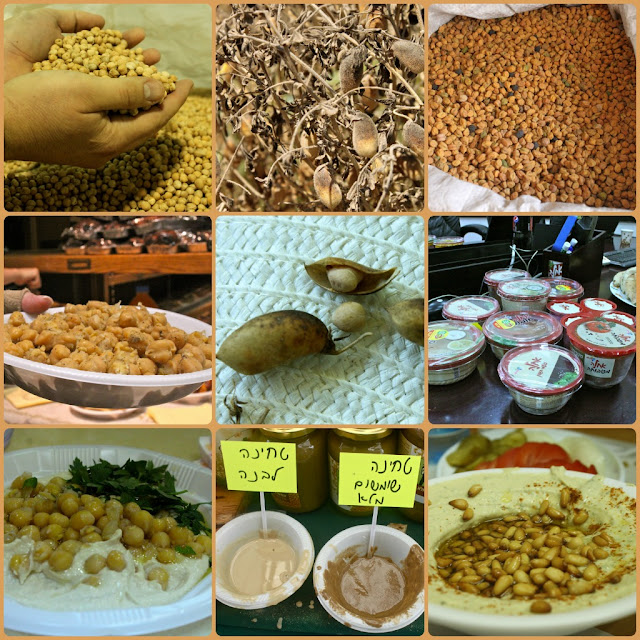 “When you are unemployed, you don’t want to eat dull wholesome food. You want to eat something a little tasty. There is always some cheap pleasant thing to tempt you” George Orwell. The Road to Wigan Pier. 1937

How many times a day can you eat hummus? In Israel, approximately four times a day. Definitely with every meal.
Hummus means chickpea in Arabic. Hummus can be spelt hummous, humus, humous, hommous, housmous, housemouse. Ok I made the last one up.
I remember when UK supermarkets first started selling hummus. It was beige, quite textural and not actually that nice. It used to be hippie food, earnest stuff that you bought in ’70s vegetarian restaurants like Cranks. It was also the brown puddle next to the pink puddle in Greek restaurants.
Since then, it’s improved, to the point that we sell tons of it. Go to your average British supermarket and there are shelves dedicated to hummus; plain hummus, organic hummus, lemon and coriander hummus, jalapeno hummus, red pepper hummus, avocado hummus. Is there anything that hummus doesn’t go with?
This dip has become the healthy food for kids’ lunch boxes, the go-to snack for tired chefs, a vegan staple and loved by Arabs, Israelis, activists, and Prime Ministers.
While hummus is so ancient that it is mentioned in the bible, according to some disciples of the brown stuff, there is controversy over cultural appropriation of hummus, for they are accused of marketing it as an Israeli product (along with falafel). But lets face it, almost every recipe on the planet is nicked. The story of recipes throughout the world and throughout history boils down to: I like the taste of that, show me how to make it. Then the ‘thief’ gives the dish some tweaks.
Where do you start and where do you end with this sort of thing?

In Israel I visited Strauss, who make ‘Sabras* hummus’, mostly exported to the United States where sales of hummus have gone up 35% in the last two years.

“It’s all about the garnish” said Ofra Strauss, the president, “in the UK you don’t really do garnishes. Also your hummus is not cooked, it’s quite rough. In the states they prefer smooth cooked hummus, which is pasteurised, whipped and heavy with garnish. Artichokes are one of the most popular toppings.”

They eat hummus in every part of the US, but the highest concentration is in Boston, where it is scoffed in industrial quantities by students.

We visited the Strauss hummus and baba ghanoush factory. Dashing around, we learnt that their hummus is made from small Indian chickpeas ‘Kabuli’. (Actually I recall that the best ever quick hummus I made was from tinned chickpeas bought from an Indian shop.) The chickpeas are soaked overnight and then cooked with baking soda. Bulgarian chickpeas, smoother and sweeter, are used as a garnish.
There are two types of tahini: the darker full seed and the lighter hulled tahini, the sesame grown in Ethiopia; this factory gets through 3000 tons of tahini a year.
One of the food developers at the Strauss factory, when I asked about the differences between Israeli Arab hummus, said that Israel (and Lebanon) hummus has a higher percentage of tahini (25%), less lemon, less spice and less seasoning. This is a general rule with food, he said, there is less spice and seasoning when the country of origin is wealthy while food is spicier and more flavoured in poorer more southern countries, with a higher PH (acidity/lemon). Personally I prefer less tahini and more spice. I’m a peasant when it comes to food.
Hummus however is one of those rare foods that is both cheap, healthy, quick to make and a great background to strong flavours.

1 tin of Indian chickpeas, drained
2tbsp of tahini
Juice of half a lemon (in the factory they used citric acid, it doesn’t ferment, keeps longer)
1tbsp of ground cumin
1 clove garlic, crushed with the salt below.
1tbsp, at least, of good sea salt.
1tsp of ground coriander.
A generous glug of good olive oil
Top with some whole chickpeas, or pine nuts
And a sprinkling of paprika.
Also, why not, some flat leaf parsley.

Crush the tinned chickpeas, tahini, lemon, cumin, ground coriander, olive oil, together in a food mixer. Crush the garlic clove with salt and add. Taste. Muck about with seasonings, and adjust to your own palate.
Scoop into a nice bowl and top with garnishes.
Eat with hot flat bread. (Even nicer if you’ve made it yourself, see my pitta bread recipe in my book).

*Sabra means ‘prickly pear’ which is also a term for being born in Israel: I found that once you get past the prickles, the Israelis are a bunch of sweet softies inside. Jews who emigrate to Israel are said to make ‘aliyah’ meaning ‘to rise’. You ascend to Israel. If you leave Israel you ‘go down’, ‘yeridah’.

Only 523 British Jews emigrated to Israel in 2010. There are very few Jews in Britain, only around a quarter of a million.