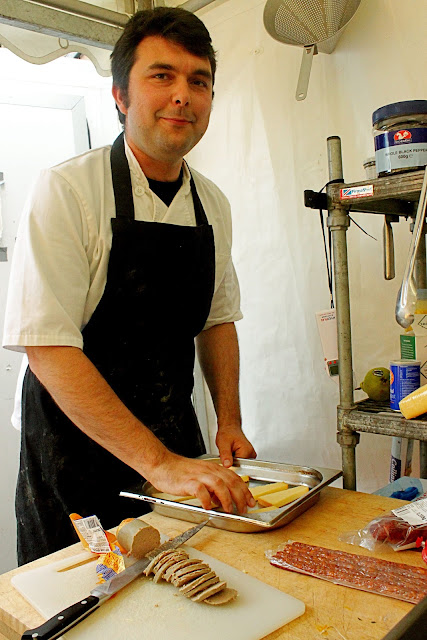 Frank Fforde runs Rodborough supper club, from an eponymous village in Gloucestershire. His grandmother is half Polish so he is our guest chef for the Global Feast East European night. Since Eastern Europe joined the European Union and many came to live and work in Britain, we’ve seen the rise of the Polish shop. One of my favourite shops in Kilburn is called Where2sav (don’t you just love shops with numbers in their names?), a Polish mini-mart with an intriguing dairy section full of strange sounding sour creams, shelves heaving with giant glass jars of pickles, and exotic but brutally named biscuits.

A cocktail of Krupnik (honey-spiced vodka)

By the way, Frank’s mum is the celebrated ‘chick-lit’ novelist Katie Fforde, you have probably seen her novels in all the major supermarkets. Turns out Frank has never read one!

I have to say Frank’s home made pickles were so moreish, there is nothing like a freshly pickled cauliflower floret, crunchy and acidic, so different from those in jars.
We are now onto the second week of Global Feast. I feel like I’m reporting from Scott’s expedition to Antartica…provisions of energy are low, people are starting to snap at each other. I’m so tired I gave an order to my fruit and veg supplier and feel asleep in the middle of the phone message.
Logistically running an event in the middle of the Olympics is not easy: deliveries can only be made between midnight and 6 am. Orders have to made by 4pm the previous day which is hard when you don’t know how many people are coming to eat. (People seem to book very last minute). Also provisioning for such varied menus each day is a full-time job and I’m already doing so many other jobs at Global Feast.
We have a core kitchen crew made of professionals and there is a culture clash between them and the supper club chefs. We don’t know the lingo, we don’t have the knife skills, we are not prepping machines but we are passionate and committed and creative, like tonight’s supper club hostess, Selina of the Kuhama supper club, representing Tanzania and Ethiopia, who spent hours making handmade scrolled menus and individual canape trays from African cloth. Pros don’t do that sort of thing, they bash it out, bish bash bosh. It’s a macho environment still, the pro kitchen, and the often female gender of supper club chefs can struggle to be heard. Col, the old time battle hardened chef I brought in to support the supper clubs, and I are having to negotiate from our distant lands. He can go ‘long and hard’ as he says. So can I.
The important thing is that the guests are loving it.
Do come, if only to see if I’m still alive.
Book here for the Global Feast. 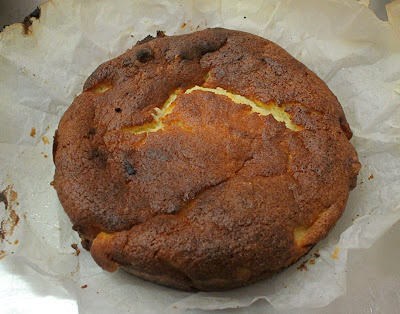 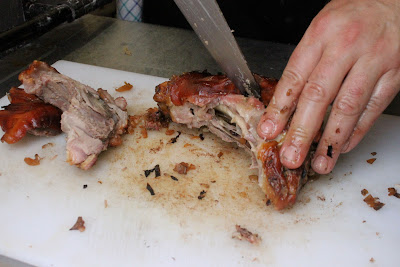