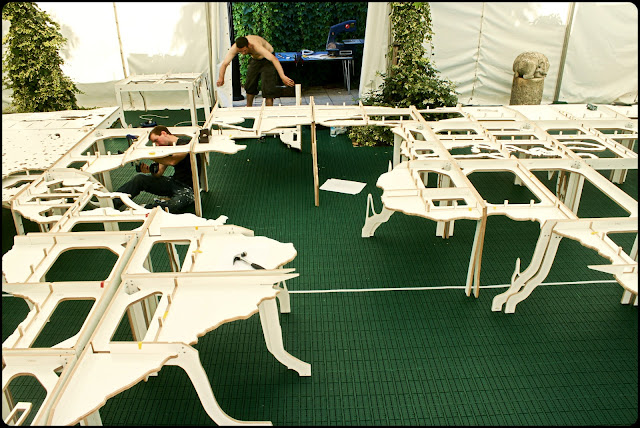 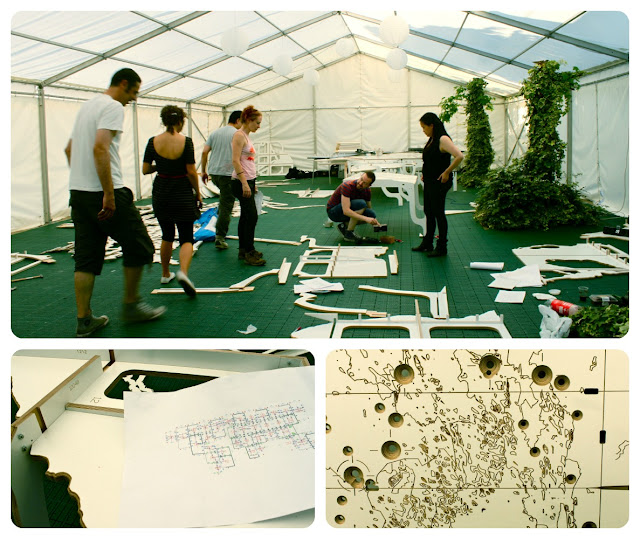 Yesterday, after a month of rain, the sun shone. Suddenly, Stratford looks just fine. The kitchen has come down from Lincolnshire, with Col Rich, who worked for me at Bestival last year, and has been installed.
There were glitches: the walk-in cold room (cheaper and more efficient than say, getting 3 fridges) wouldn’t fit at the back of the kitchen and is now jutting out at the front. Although the gap was measured, they reckoned without an iron post on one side and a step on the other. 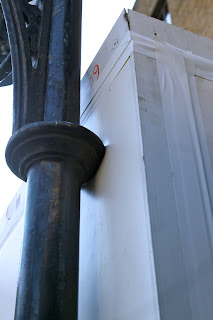 The build or, as those in the event biz call it, the ‘get in’, is always satisfying. Suddenly that project you’ve been working on for months or weeks looks almost feasible.
In a parallel world, I wonder how it must feel to be Danny Boyle right now. He’s the designer and choreographer of the Olympic opening ceremony. Whatever my worries and frustrations, his must be on a mammoth scale. Things are never quite as you expect them to be.
At the entrance to Global Feast, there is an Olympic information booth, with the London Olympic colours, a bright fluo pink. Around it are a pink telephone box (in the classic GPO style) and other pink painted furniture. It had to be sent back yesterday, it was all the slightly wrong shade of pink. Three thousand of these pink telephone boxes have been sent around London and they all have to be collected and repainted, in time for the opening ceremony.
The table: is being built. Imagine the most complex Ikea kit ever. The diagrams are mind-boggling. Fortunately numbers have been intricately scored into the table, which makes it easier to put together. One of the build volunteers, a lovely Spanish guy called Hannibal, is so excited: “I LOVE this!” he said “This project is so fantastic! I am so happy to be doing this”. He’s an architect himself, and he is in seventh heaven.
Global Feast is a marriage of design and food. When I was casting around for guest chefs, concentrating on supper clubs from around the world, one of the first people to say yes was Yuki Gomi of the Japanese supper club Yuki’s kitchen. Her husband is an architect. “He said I must say yes” said Yuki. “It is very interesting”.

Later today we will have our press launch. Twenty supper clubs and chefs will be bringing canapes from around the world. I’ve been sourcing maps and cutting them out with scalloped craft scissors, I will try to plate the appropriate canape on the appropriate map. Trouble was, it’s easier to find road maps of Slough than it is of say, Tanzania, where one supper club hostess, Selina Rajan of Kuhama supper club hails from. Some of the exotic canapés may be nestling upon some very pedestrian road maps. 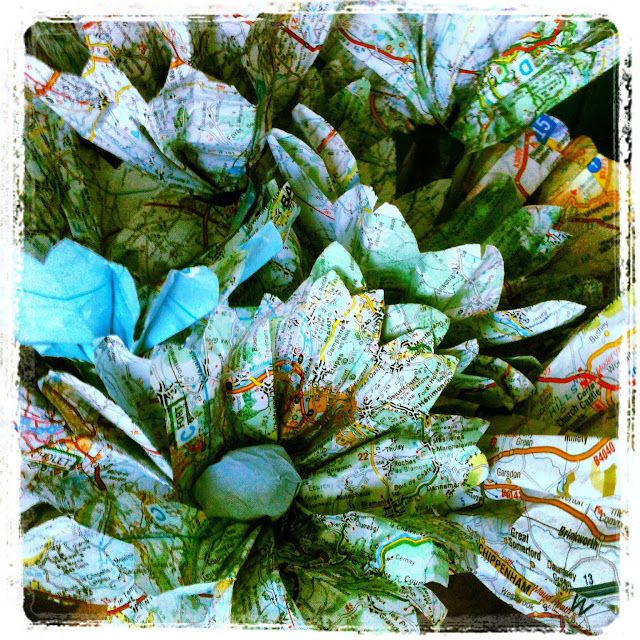 I love fresh flowers but they cost, so for table decorations I called upon talented crafters to make paper flowers from maps. Clare of my favourite local flower shop Achillea Flowers made some blousy poppies from a large scale A to Z. Dionne Leonard, a contact from Twitter, is sending some map roses.
The teen spent Sunday making global cake pops. Last night we decorated them, painstakingly trying to render them as geographically accurate as possible. There is nothing like staring at a globe for hours, trying to paint the continents in green chocolate on a blue ball of cake, to make you truly absorb the shape of our world. Hawaii! It’s so far away, so isolated. Bang in the middle of the Pacific, in the big blue stretch of sea that separates a third of the globe, from the Americas to Europe. Australia, we decided, looked like a peanut shape. This led onto a discussion about global maps. I remember when I travelled through Tibet, seeing an unrecognisable world map, where China was central. Australia, on the other hand, up-ends the globe, refusing to be down under. “Who’s to say what North is?”
“Er, the compass?” I retort.
But it is true that the familiar worldscape is Northern and Eurocentric. Britain is almost as large as Spain. 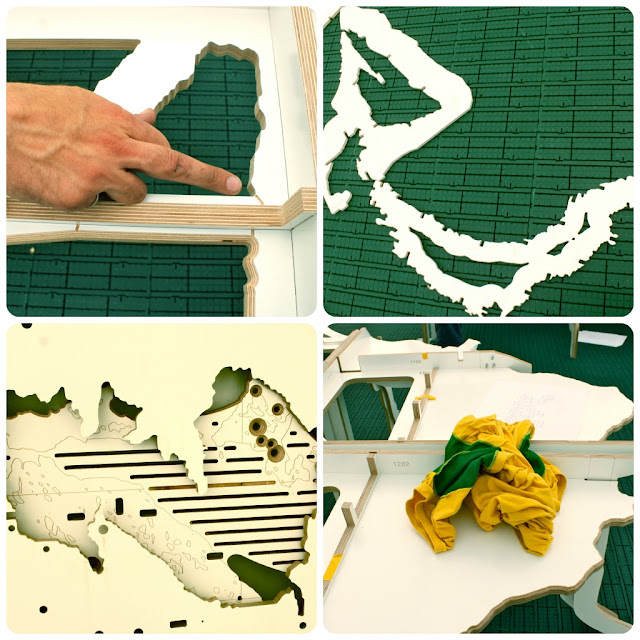 Clockwise L to R: Hannibal points to his home town in Spain; coast; a Brazil shirt dumped on Brazil; layers

Previous Post: « Week One: Global Feast 2012
Next Post: Dig this – potatoes and garlic fresh from the soil »