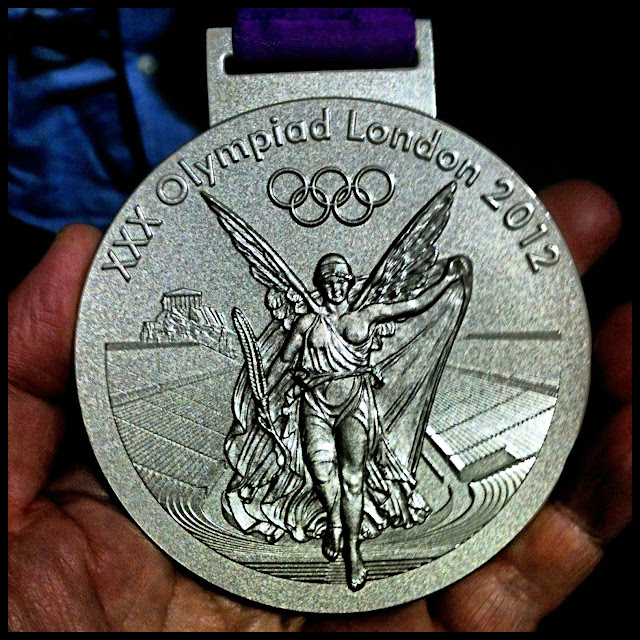 Yuki, in common with our other Asian nights, arrived well prepared, prep list in hand, ingredients ordered and delivered. She runs a Japanese supper club in Crystal Palace in London called Yuki’s Kitchen, she also gives Japanese cookery classes and has a book coming out with Penguin next spring. As soon as I asked her to guest chef at our Japanese night she didn’t hesitate, for her British husband is an architect. He took one look at Alex Haw’s amazing table and told Yuki that she must say yes.

The fish, it must be admitted was a courageous dish to serve. It’s made with a specially imported ingredient from Japan, malted sake. It’s almost like a Japanese marmite: using the top fermentation of sake rice wine. I loved it, but some guests thought it made the fish too strange, too pungent, almost ‘off’.
We also had Japanese dancers leading a karaoke dance… side, side, forward, clap, knees, knees, L-shape, L-shape, sleeeve, sleeeve, clap, wave your hands to the side, then the other side, dip and bend. The whole table entered into the spirit of it! (Especially, bien sur, the food bloggin’ posse comprised of the gayest man on Twitter Mr Hugh Wright and his latest protegé, fashion illustrator Joseph Larkowsky, Hollow Legs, Food Stories.)
The Worldscape table is almost finished and needs a home after August 13th. Contact Alex Haw on +44(0)7815 040 619 if you have a gallery or space that can house it. 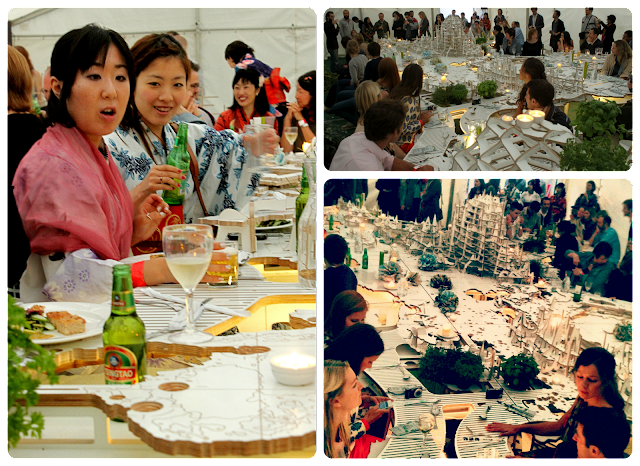 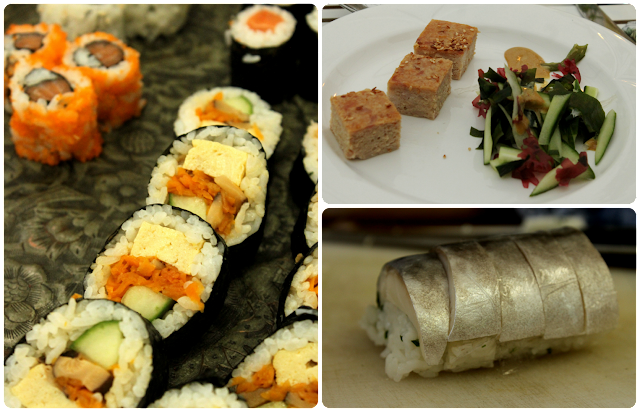 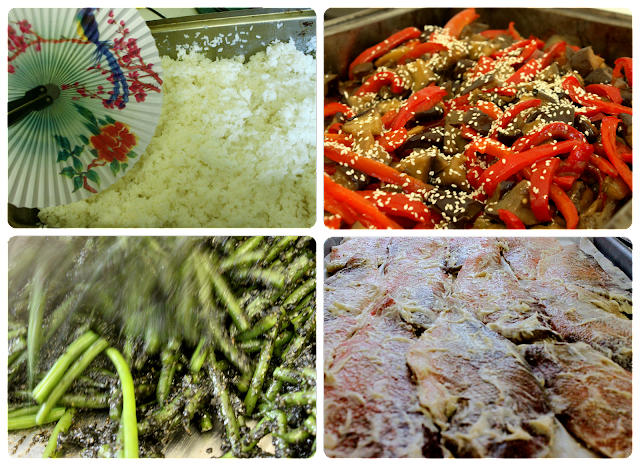 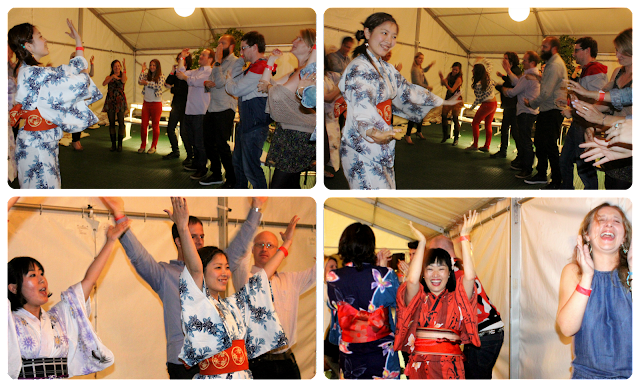 Here is Yuki’s stunning recipe for Green beans with black sesame sauce.
200g of green beans, trimmed and cut in half
100g Black sesame seeds, ground with a pestle and mortar
20g of brown sugar
40g of brown miso
30ml of Mirin,
20ml of soy sauce

Boil the beans for 5 minutes maximum, they must stay crunchy.
Grind the black sesame seeds into a paste, add the other ingredients.
Mix with the green beans.
Serve warm or cold.

Another highlight of the evening for me, was that I got to handle an actual Olympic medal. Athletes are coming into the bar after the meal, this time a Canadian lady rower who had won silver. The medal is massive and rather heavy. “Now I know why I got up at 5am every day to practice rowing” she said, her face shiny with happiness. Her boyfriend, an Olympic swimmer, was also there, she met him at the Beijing Olympics. She confirmed that the Olympic village is a hot-bed of virile healthy super-humanly fit people, pumped up with adrenalin, fucking like rabbits.
During the day I emerged for the first time from the thick-walled (no phone signal) turret of Stratford Old Town and walked to Stratford station and Westfield shopping centre. There are thousands of folk, all good-humoured, from all nations of the earth. Groups of people are shouting the benefits of, variously, Islam, The Bible and Veganism. Stratford has, for a couple of weeks, evolved into a thronging market place for all humanity. Yes, the specially commissioned leaf sculptures look like fish and are even called ‘shoal’ but Stratford, on the meridian, zero degrees longitude, is where it’s at right now.
Come down for the last few nights of Global Feast: spaces left for North American night and Caribbean night. Don’t miss out, we’ll be closed after Monday. Book here. 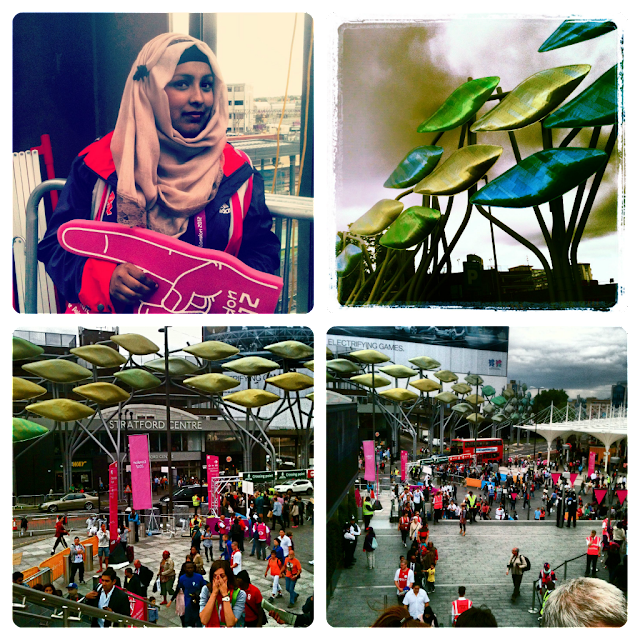