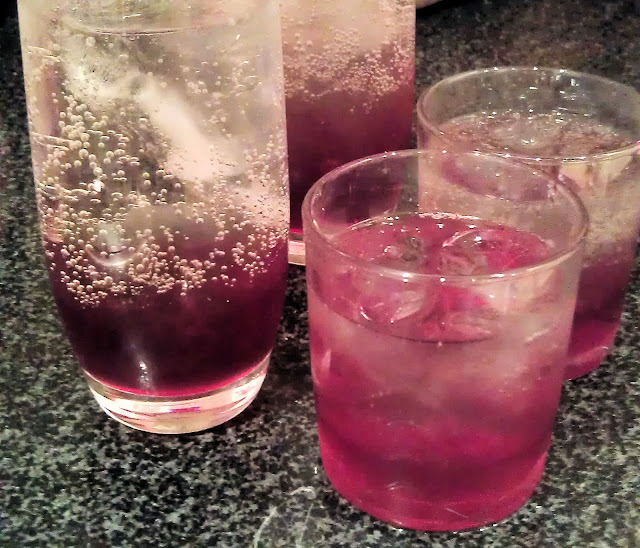 We sampled a range of homemade drinks at this month’s Secret Garden Club meeting, using flavours easily harvested or foraged at this time of year.

Shrub is a traditional English drink which became popular in Colonial times, especially in the Southern states of the US. Shrub can be either alcoholic or non-alcoholic and it’s typically a berry-flavoured drink made with an acidifier to give the sweetness a sharp tang. It’s known to be very refreshing in hot weather.

Recipe from Jams, Preserves & Edible Gifts, published by the National Trust
Our raspberry shrub is a simple non-alcoholic version. We used homemade raspberry vinegar to give it both its very flavour and the acidifier. You can choose whether to have sparkling water with it, or the more traditional still water, or in American fashion just served over plenty of cracked ice.
600ml raspberry vinegar
350g sugar
Heat the vinegar and sugar together gently until the sugar dissolves then bring to the boil. Boil for 10 minutes. Pour into sterilised bottles, cover and leave to cool. Dilute to taste with still or sparkling water. (Or sparkling wine.)

To make raspberry vinegar, steep 600g raspberries in 600ml white vinegar for 3-4 days, then boil up with sugar to taste for 10 minutes or so. Strain and pour into a sterilised bottle. 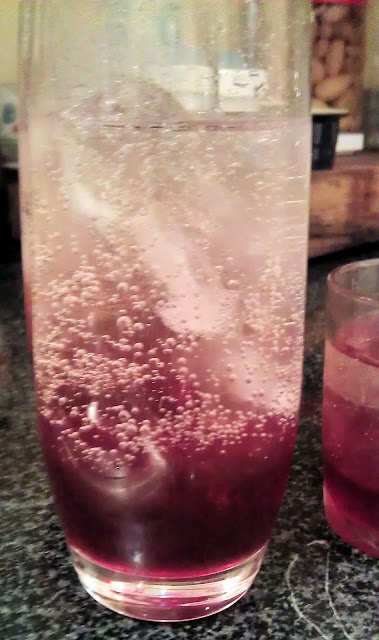 Blackberry syrup, for mixing with Prosecco, Cava or any other sparkling wine

1kg blackberries
75ml water
Put the blackberries and water in a pan and bring to the boil. Simmer for 20 minutes, pressing on the fruit with a potato masher every now and again to make sure the berries release as much juice as possible.
Strain the mixture through a nylon sieve or jelly bag. Warm a clean jar, or sterilise a jar if you want to keep the syrup for longer than a week.
Measure the resulting juice. (We got 500ml but much depends on the juiciness of your blackberries.) Pour the juice in a clean pan and for every 500ml of juice, add 250g sugar. Or more to taste. Heat slowly at first to dissolve the sugar, then bring to the boil.  Boil for 5-10 minutes, until the juice starts to reduce and become slightly syrupy. Skim off any scum, then pour the syrup into the clean, warm or sterilised jar. Seal. 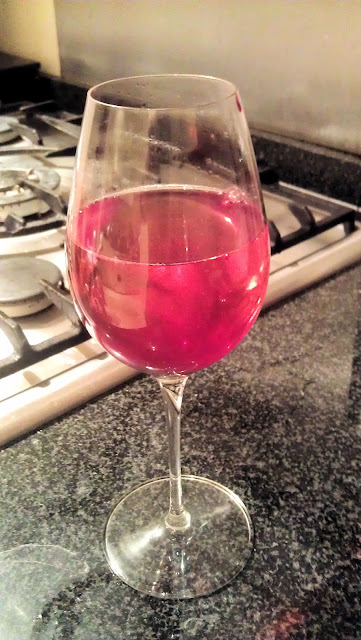 Making ginger beer usually requires yeast and fermentation and can take several days. In his book Happy Days With The Naked Chef, Jamie Oliver gives a recipe for Easy-Peasy Ginger Beer, which takes about half an hour to put together and has all the sweetness and fire of traditionally made ginger beer.
The recipe is available on Jamie Oliver’s website here.

500g damsons, freshly picked
125g sugar
750ml gin
You don’t have to stone the damsons, but do nick each one with the point of a knife. Put the damsons in a large clean jar with the sugar and gin. Stir well, seal the jar and leave to infuse in a dark place for 3 months. You need to shake the jar every other day, so put it in a cupboard that you open fairly regularly so you don’t forget about it.
After 3 months, strain through muslin until the liquor is clear. The damsons left behind make the base of a wickedly alcoholic trifle.
We pick the damsons in September and start drinking the damson gin at Christmas – the timings seem to work perfectly for this. 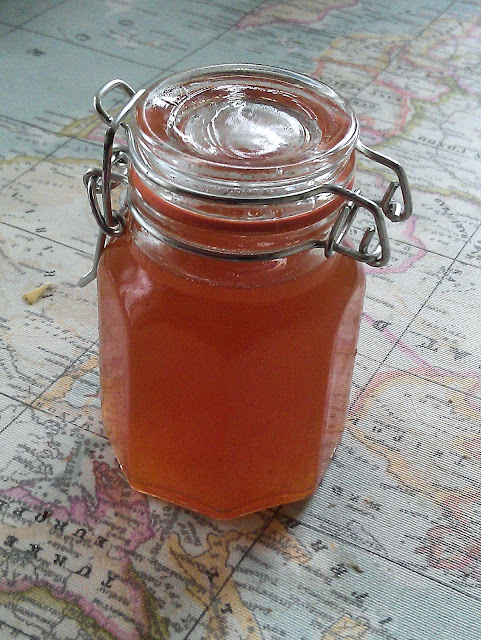 Remove stalks and as much of the hairy bits from the rosehips as you can easily manage. Give them a quick rinse and dry and blitz in a food processor for a few seconds until pulverised. Scrape the chopped fruit into a pan with the water and bring to the boil. Simmer for five minutes, then leave to stand with the pan covered for around 20-30 minutes.
Strain through a fine sieve or muslin and measure the resulting liquor – it will come to somewhere between a litre and 1.5l. For each 600ml of juice, add 300g sugar. Stir to mix and heat slowly until the sugar has dissolved.
Pour into a bottle and use within a week. Or freeze the syrup. To drink, dilute to taste with water.