It’s a little late now but hurry if you can. Go to a forest, a wood or a heath, a couple of days after it has rained. Get up early, arrive just before dawn, take a wide flat basket, a walking stick, boots, a flask of hot tea and a little guide book to mushrooms. This is the season to go on a mushroom hunt.
The first time I would recommend going with a guide, picking mushrooms isn’t something you want to get wrong. In London I recommend fungitobewith, who is a ranger at Kenwood and knows Hampstead Heath, Epping Forest and Wimbledon common well.
If you venture outside London, you will thrill to the variety and quantity of mushrooms. Last weekend I spent in Suffolk with @foodsafariUK, the brainchild of Polly Robinson. She organises regular food related forays: tours of local producers (smokehouses, breweries, bakeries), pop up dinners, cookery day courses and mushroom picking. She also works closely with the nearby Aldeburgh (pronounced Aldebrugh) food festival.

As I drove to the meeting point near the wonderfully named village of Snape, a fuzzy brown shadow was moving on the left hand side, next I knew, an enormous stag dashed in front of my van and galloped to the other side of the road, disappearing into the bronze and green woodland. I gasped with shock.
Suffolk’s autumn colours vibrate with coppery intensity, it’s worth going just to see the leaves. The mushroom walk lasted a couple of hours but I could have spent all day there, after my encounter with the stag I felt there was something enchanted, reminiscent of the forest scenes in ET. I discovered later that this is near to Rendlesham Forest, where there was a curious UFO incident in 1980, where Margaret Thatcher was said to have acknowledged that it happened but said “we can’t let the people know”.

As part of the day, we had a cooking demonstration and lunch by chef Tim Wood. He gave us some tips on how to cook mushrooms:

I stayed as a guest of The Crown at Woodbridge, run by chef-patron Steven David, who transformed the pub into a stylish boutique hotel and restaurant four years ago. It was recently named as one of Britains best gastropubs in The Independent and the rooms are large and well designed. The food served by the restaurant regularly has local foragers bringing in produce, they only use the freshest ingredients. Woodbridge itself is an ancient village with a well-stocked cookware shop. I got there just as it was closing and spent £35 in as many seconds.

Food Safari mushroom day: £160 per person
Room at The Crown at Woodbridge: £125
Food is available from stylish bar snacks to dinner with an interesting Kiwi wine list (3 course set menu plus wine approximately £70 for two) 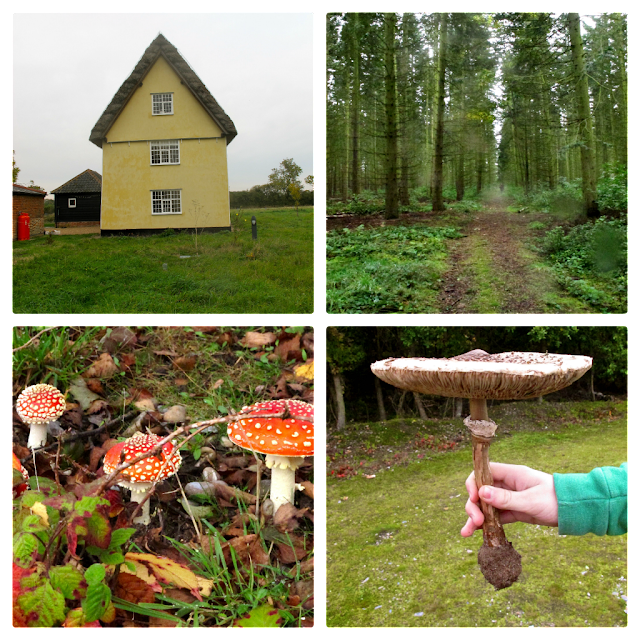