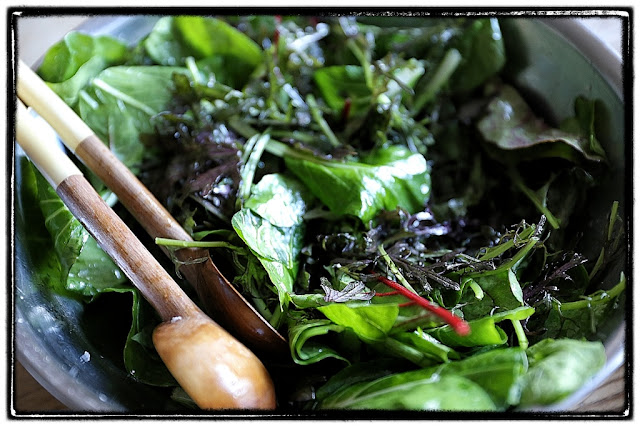 So The Teen has a boyfriend. From the North. She brought him down to London and I invited my entire family to inspect him over dinner.
This visit is negotiated, after many fights and accusations of being a ‘Victorian mum’ for I won’t let him sleep in The Teen’s bedroom. I’m making the boyfriend sleep in the shed. (That’s not as bad as it sounds, I have a nice shed, with a bed and a wood fire.) I feel he has to earn the right, to show me he’s respectful, long-term, towards my daughter, for me to have them, officially, in the same bed. I explained this to my friend Fat Les who has a teenage daughter too. He was surprised: ‘You are like a Chinese Tiger mum, that’s how they think. I didn’t realise Western mums do that too’.
Maybe they don’t. This is my first time, welcoming a sort of ‘in-law’ and I don’t know how to behave. The teen wants me to be ‘normal’. I’m going to try very hard to be normal but my basic bohemian-ness, of which I’m scarcely aware, keeps leaking out. This used to happen at parent-teacher meetings too.
This morning I baked him tea cakes for breakfast from scratch. I made him Yorkshire tea, leaving the bag in for ages until it resembled a thick caramel. I frequently have to ask him to repeat sentences as he’s from Bradford and they don’t make the ‘th’ sound there.
‘Did you sleep well?’ I asked.
‘No. There was a white spectre above me in the morning’ he said, unsmiling.
‘Wow, really? There’s a ghost in the shed?’
‘I was joking’
He’s a science student who thinks he made an obvious joke because no one believes in ghosts. But I not only believe in ghosts, I’m scared of them. This is a problem. I can’t tell when he’s being funny.
I found myself, this morning, whilst buttering the tea cakes, asking if he was circumcised. It was the natural lead-on from where we were at, conversationally. I immediately realised, fractionally too late, I  failed on the ‘normal’ mother test at that point. Then The Teen, being raised by me, mentioned Louis CK’s routine about cleaning out tiny vaginas. None of this is normal. We can’t do normal. We just can’t. 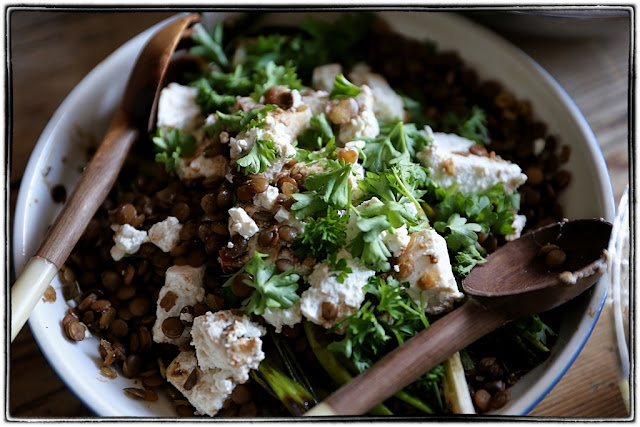 The evening meal: my sister, who is louder than me, funnier than me and has much bigger breasts (believe it or not, I’m the quiet one in my family) threatened to arrive in a bikini. My mum said she’d be coming wearing elbow-length white gloves and a sprigged crinoline. My whole family are really enjoying this. The best revenge for parents is becoming a grandparent.

This is what I cooked:

Fava bean hummus using British dried beans by Hodmedod
Mixed leaf salad with hay-smoked rapeseed oil dressing
Grilled aubergines with basil, preserved lemon, breadcrumb gremolata
Aga roasted potatoes in olive oil with artichoke hearts.
Green lentil salad with pomegranate molasses, griddled spring onions and cubed feta
Gooseberry pies and cream
While helping out with prep, I found out the boyfriend didn’t know what a spring onion was. He held it up asking which bit he should keep. He had never eaten pesto before he met my daughter. He’s never tasted sushi either which is understandable, but I’m sure they have spring onions in the North. They are just young onions aren’t they? The teenage daughters to old brown wrinkly onions, surely?

The Teen is only 19 and they aren’t getting married. But it is a precurser, no doubt, to some kind of eventual marriage with some eventual person, with all the difficulties of joining up with a stranger from another family with different habits and a different upbringing.
For instance, whatever their faults, my family are talkers. We talk about everything, nothing is off-limits. Much of that is probably down to me, the relentlessly over-sharing oldest daughter. I cringe as I remember that I used to tell my mum about every single sexual encounter. I don’t want my daughter to talk to me about sex. I don’t want to know. So now I feel very sorry for my mum. What an ordeal!  No wonder she used to flinch when I approached her for a chat.
And this Northern boys’ family use coasters and place mats. I actually think coasters and table mats are dangerous. They make things tip over. For god’s sake, buy a table where scorches and stains don’t matter! I made a decision when I started my own teeny fractured post-modern family that we were not going to use coasters and table mats. Now here we have the intrusion of the progeny of a coaster/table mat family. All my efforts were for nothing.
His family probably aren’t talkers in the same way. They’ll talk about cereal and the weather and what they are going to do today.
For him this family visit was like Meet the Fockers with me as the Barbra Streisand sexologist, over-intimate, domineering and a bit freaky.
This whole episode has tipped me into a whirlpool of single-parent tinged fear of old age and death. I know I’m going to end up like my nan, living in Rayleigh at the end of a series of roundabouts, with no public transport and me, desperate for the odd visit from my daughter who comes dutifully and reluctantly.
I know I’m going to die alone. Just like my nan. Papery skinned, yellowing like old parchment, hollowed out and toothless in a Southend nursing home. 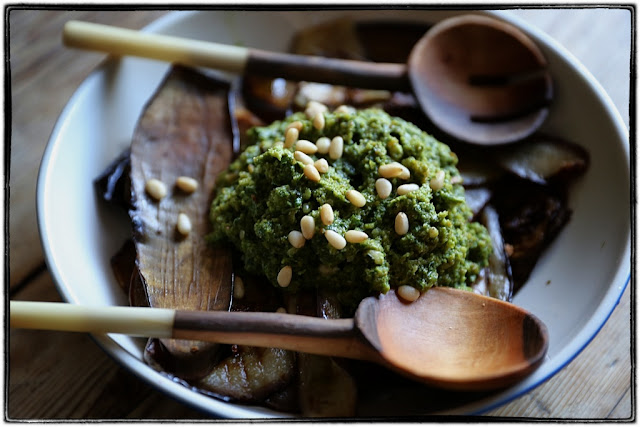 Recipe for the gremolata.

This is so good. Like really exciting pesto. Very good on grilled vegetables.

a handful of fresh basil leaves, use as much as you’ve got
One half preserved lemon
Zest of 1 fresh lemon
1 thick slice of stale sourdough or brown bread
handful of pine nuts
1 small clove of garlic
50-100ml of good olive oil

Whizz all of this in a blender. Scoop it onto vegetables or fish or salad or whatever.

Do you let your teenage daughter sleep with her boyfriend in your home? How did you cope with the first serious boyfriend/girlfriend? What did you cook? Are you nice and normal? Are you a Victorian mum or a Tiger mum? Do you use coasters? Please comment below…. 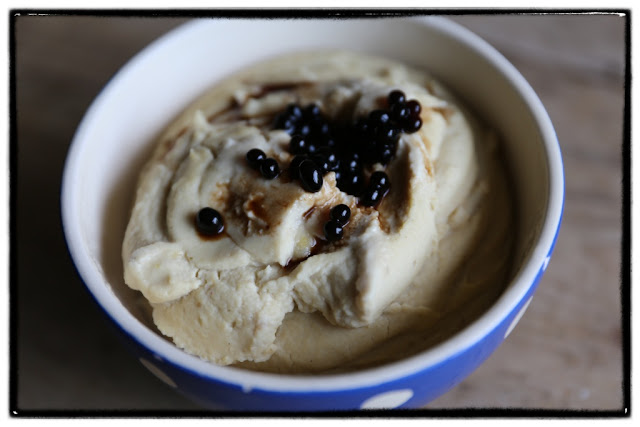