Here are my annual christmas picks. Click on the title for a link to buy online. May I also draw your attention to my summer list of food books that I recommend? 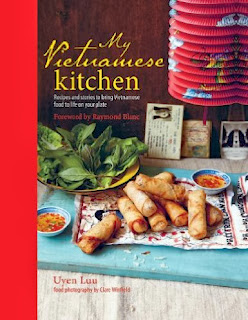 Books for fans of Vietnamese cooking:
My Vietnamese Kitchen by Uyen Luu (Ryland, Peters)
This is possibly the prettiest book of the year. Uyen Luu, a supper club hostess of Vietnamese origin, came here as a boat refugee and settled in Hackney where her supper club is located. Interesting, detailed recipes and a vivid insight into Vietnamese culture and family. She styled the photos in this book so she is multi-talented. Props also to photographer Clare Winfield. RRP: £16.99
Things I’d like to cook:
Mustard greens and tofu broth
Fresh rolls with mackerel ceviche


The Vietnamese market cookbook by Van Tran and Anh Vu (Square Peg)
This book is quite good, but doesn’t have the soul and depth of Uyen’s book. In contrast to Uyen’s hard-scrabble upbringing, the girls that wrote this are clearly extremely privileged, studying in New York and at Oxford University before dabbling in food. To give them credit though, they did kick off the Bahn Mi sarnie trend from their street food stall in Hackney, London. The look: not a great cover, and quite sparse, boring photos by Yuki Suguira, having a bit of an off-day. RRP: £20
Things I’d like to cook:
Watercress, clam and ginger soup
Temple tofu 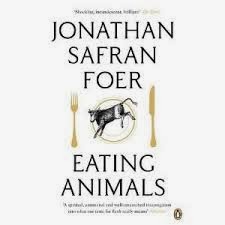 Books for thinkers:
Eating Animals by Jonathan Safran Foer (Penguin)
Not a new book, but a must-read for everyone that actually gives a toss about what they eat. Shocking. Disgusting. Funny. Well-written and pacey. Enough to make you sob and take stock, even if you aren’t a rabid animal lover. Factory farming of livestock is just plain fucking immoral. Shame on us. RRP: £9.99
Things I’m already trying:
Eating more ethically
Veganism

Cooked by Michael Pollan (Allen Lane)
Great read. Back to your roots approach to food and cooking and why you should do this too. RRP: £20
Things I’ve already cooked:
My own sourdough
Smoking my own food 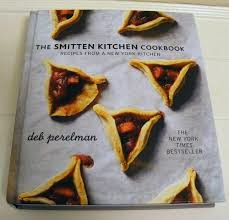 Book I’ve used the most to cook from:
Smitten Kitchen by Debs Perelman (Random House)
Someone said to me recently that this book was derivative. Well I don’t care. Every single recipe works a treat, having been tested numerous times by Debs. Lovely writing style, clear photos, great food.
Things I’ve already cooked:
Her gnocci
Other stuff, can’t remember, but it all worked. 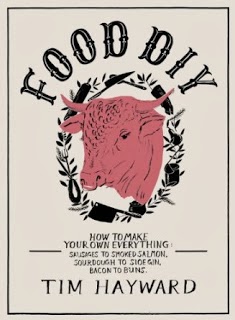 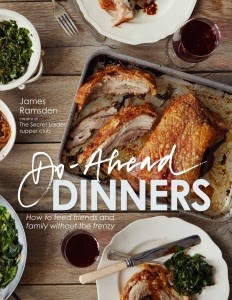 Book for boys:
Food DIY by Tim Hayward (Penguin)
This is for manly men who smell of wood smoke, have hairy chests and reek of testosterone. They may never make anything in it, but you will be appealing to their reptile brain, their hunter-but-not-gatherer side. Something to keep on their shed bookshelf. Witty knowledgeable passionate writing, brilliant photos, well designed layout. Love the photography by Chris Terry.
Things I’ve already cooked:
Smoking my own salmon (encouraged by Tim)
Pickles

Do ahead dinners by James Ramsden (Pavilion Books)
How to prepare ahead for a dinner party. Yeah cos men host dinner parties ALL the time. Perhaps they will now? Well presented and beautifully photographed (Yuki Sugiura again) book. RRP: £20.00
Things I’d like to cook:
Salted caramel chocolate 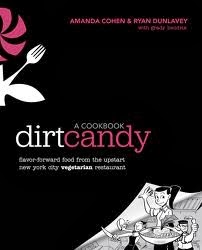 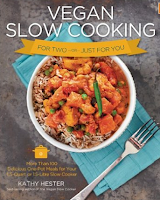 Vegan slow cooking for two or just for you by Kathy Hester (Fair Winds Press)
Apparently slow cookers are not very environmentally friendly. Myself, I have the ultimate slow cooker, an Aga. But I’m interested in vegan cooking at the moment so this is a good addition to the repertoire. The portions are ideal for the increasing amount of people living on their own (now 38% of people in the UK, up from 7%). A cheap looking book at the price however RRP: £14.99p
Things I’d like to make:
White bean delicata soup


The Great British Vegetable cookbook by Sybil Kapoor (National Trust Books)
A large tome, not entirely vegetarian but centred-upon-vegetables recipes. The photo on the cover doesn’t do it any favours, the colour balance is wrong. Something grand about this book, a bit remote in tone but efficient. RRP: £25
Things I’d like to make:
Cliveden spinach and summer herb roulade
Orange cooked endives 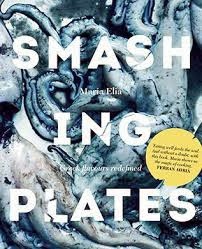 Books for cooks:
The Ethicurean (Ebury Press)
Beautiful book, lovely cover, laid out well. Great photos, for some reason uncredited. The authors are uncredited also, but I imagine the recipes are by the chefs, Matthew and Iain Pennington and forager Jack Adair-Bevan. This book ticks all the boxes that intelligent modern chefs are working on: seasonality, foraging, growing your own, pretty plating, interesting use of vegetables rather than just relying on meat and fish. I like the fact that they have included drinks and liqueurs, something I’m very keen on making myself. RRP: £25
Things I’d like to make:
Salt baked celeriac, portobello mushroom and apple soup.
Ewe’s curd stuffed courgette flowers with fennel sherbet.

Smashing Plates by Maria Elia (Kyle Cathie)
I’d heard good things about her book on vegetarian food, ‘Modern vegetarian’. ‘Smashing Plates’ (smashing title!) is my kind of food; a little bit cheffy but basically rustic; recipes you actually cook rather than just look at the pictures admiringly. It’s also an overdue fresh look at Greek food. Nice styling and photographs by Jenny Zarins although the quality of the paper and printing by Kyle books appears cheaper than the book merits. There are recipes I will definitely be trying. I love the fact that she has a recipe for kebab-shop-style chips, made from Cypriot potatoes, red-soiled little muthas, which I’ve worked with and were absolutely superb. RRP: £19.99
Things I’d like to make:
Ouzo and lemon cured salmon
Fig leafed wrapped feta
Peachy Greek panzanella 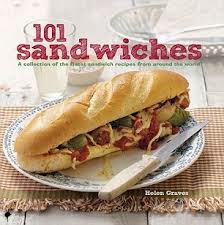 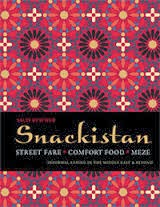 Books for grazers:
Snackistan by Sally Butcher (Pavilion)
I’ve got all her books and I love them. She’s actually married to an Iranian, speaks Iranian, deals with Iranian in-laws, run a Persian food shop. So she knows her stuff, she’s not some sleb chef who has been on a two week vacation there. Great recipes, which she says ‘pour out of her’. Great cover and photos by Yuki Sugiura who is clearly le photographe du jour. RRP: £20
Things I’d like to make:
Fried watermelon with halloumi
Sweet tabouleh

101 Sandwiches by Helen Graves (Cico)
One of the top food bloggers in this country, Helen Graves is a talented writer and cook. She’s created classic sandwiches from all over the world as well as unusual ones. I reckon this makes a good present for men too. Somehow, making a sandwich, even though many of them are quite gourmet, seems less poncey than cooking. I love the anti-snobbery of the subject matter. Most people eat a sandwich everyday, it’s literally one of the most common foods. Photography: sandwiches are really hard to photograph well so I reckon the photographer Stephen Conroy did a good job.  RRP: £12.99
Things I’d like to make:
Vada Pav
Trini double 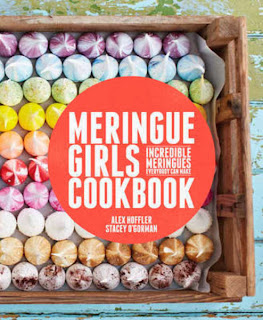 Book for bakers:
Meringue Girls by Alex Hoffler and Stacey O’Gorman (Square Peg)
As a meringue addict and as someone who considers the giant pavlova as one of my signature dishes, I’ve enjoyed the candy-striped meringue kisses in many flavours that I have tasted at various launches and trendy parties this year. These Hackney based girls are definitely ‘with it’ as my nan would say, being young, beautiful and talented. I like their book, full of brightly coloured meringue recipes, telling you how to achieve weep-free bakes, containing many original ideas within their chosen theme. Fun. Great pix by David Loftus as per usual. And it’s got a ribbon. LOVE ribbons in books. They are pretty and der, it acts as a book mark. RRP: £15.00p
Things I’d like to make:
Meringue rainbow cake

The Little book of Scones by Liam D’arcy and Grace Hall (Square Peg)
More graduates of the Hackney street food scene, this is a charming gift book, specialising in scones. The recipes are cleverly laid out, and the book has quirky surreal line drawings. RRP: £9.99p
Things I’ve already made:
Scones!

How to make bread by Emmanuel Hadjiandreou (Ryland, Peters & Small)
Brilliantly illustrated with photography by Steve Painter, this book won the GFW’s award for best first book the same year (2012) that my book Supper Club was entered, so it’s not a new book. (I narrowly missed the shortlist, the judges preferring a ghost-written book in 3rd place, after being assured by the fibbing publisher that it was all the chefs’ own work. What crap, I even know the ghost writer. Bitter, moi? Only a little.) This was a worthy winner however, I took a class with Emmanuel earlier this year and it was fantastic. Kid knows his shit. £19.99
Things I’ve already made:
Sourdough loaves
Crispbread 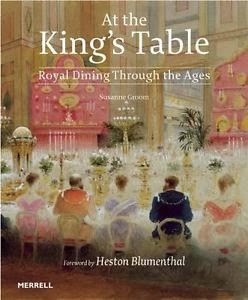 Book for history nuts:
At the King’s Table by Susanne Groom (Merrell Publishers)
Glossy but slightly old-fashioned looking book but a very accessible and interesting read about royal dining and historical food, which I’ve always been into. Heston does the foreword. This is a great buy for history geeks and food geeks. For example: a meal at the Brighton Pavilion for the Prince Regent and the Grand Duke Nicholas of Russia contained 8 soups, 8 removes of fish, 40 entrées served around the fish, 15 platters after the fish, 8 pièce montées of meat, 8 pièces montées of patisserie, 8 roasts, 32 desserts and savoury entremets, 12 ‘great round’ including 4 fondues. I will be dipping in regularly for supper club inspiration. RRP: £24.95
Things I’d like to cook that are even more over the top:
More extravagant meals with more outrageous pièce montées. 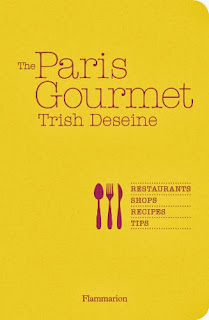 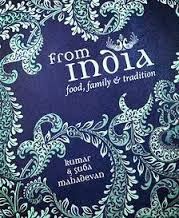 Books for travellers:
The Paris Gourmet by Trish Deseine and Christian Sarramon (Flammarion)
I know Trish, she’s lived in Paris for decades, is bang in the centre of the food scene, and like Sally Butcher, has been married to a native, had kids there, dealt with the bureaucracy there and flourished, becoming one of the best known names in French food. Which is no mean feat. I lived in Paris for 6 years and that place is tough. This ‘carnet’ guide to Paris is therefore coming from someone who knows their way around. Fantastic recommendations, some of which I used in my blog post about Paris bread. If you are planning a trip there, or know someone who is, or need a jolt to get you there, buy this book for Christmas. RRP: £22.50p
From India, food, family, tradition by Kumar and Suba Mahadevan (Murdoch Books)
Beautiful plush fabric cover, design and photos, like so many of Murdochs books. (You may dislike the man, but the publishers do some fab books). It is interestingly divided into tastes, salt, sweet, bitter, sour and spice. (When you divise a cookbook, how to structure it? Usually it’s by course, or by season. Great to see something original). RRP: £25
Things I’d like to cook:
Tomato, pepper and tamarind soup
Bitter melon curry

Previous Post: « Gastronauts at the Royal Court Theatre
Next Post: Homemade Christmas recipes which can be given as gifts »