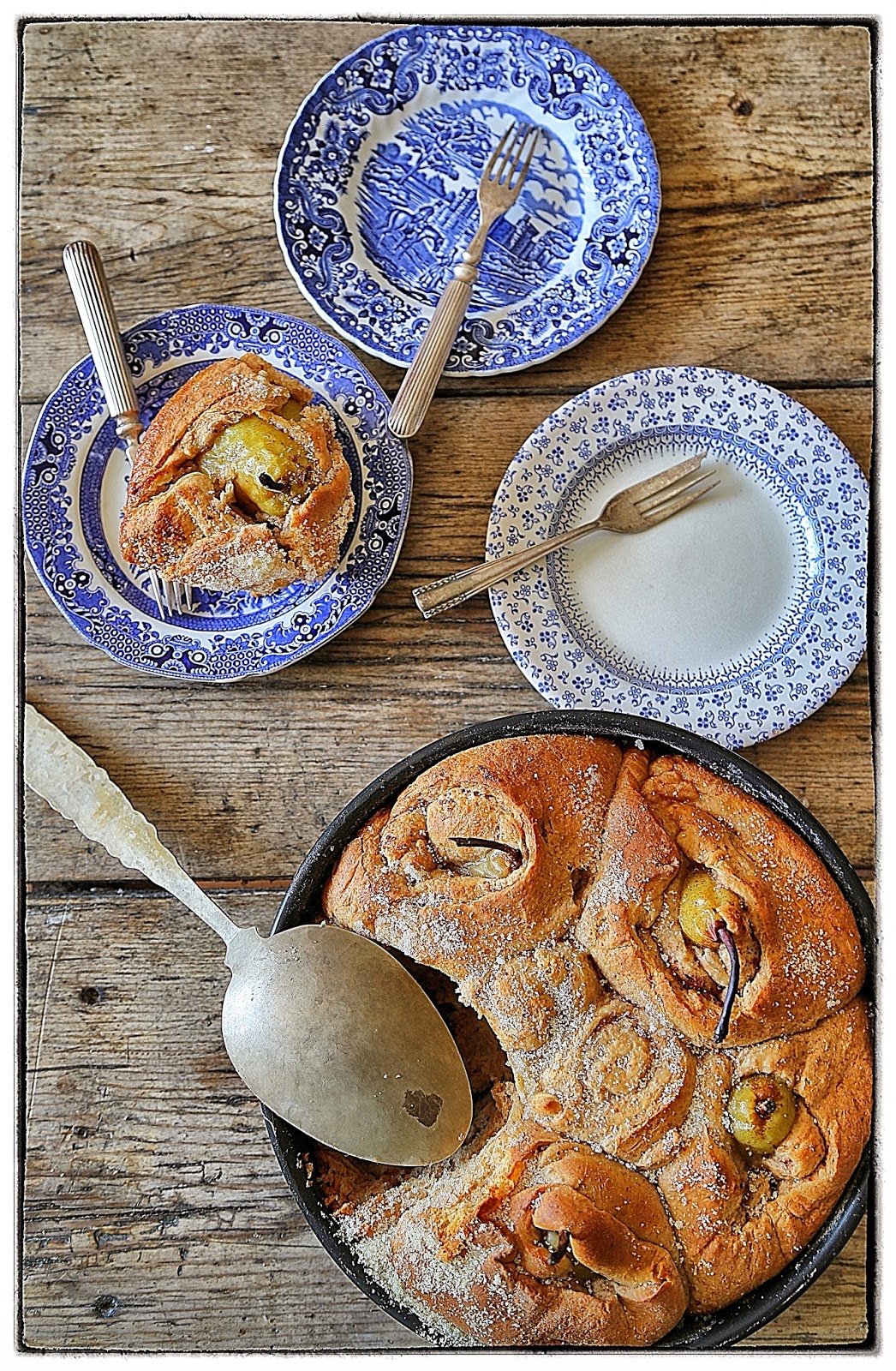 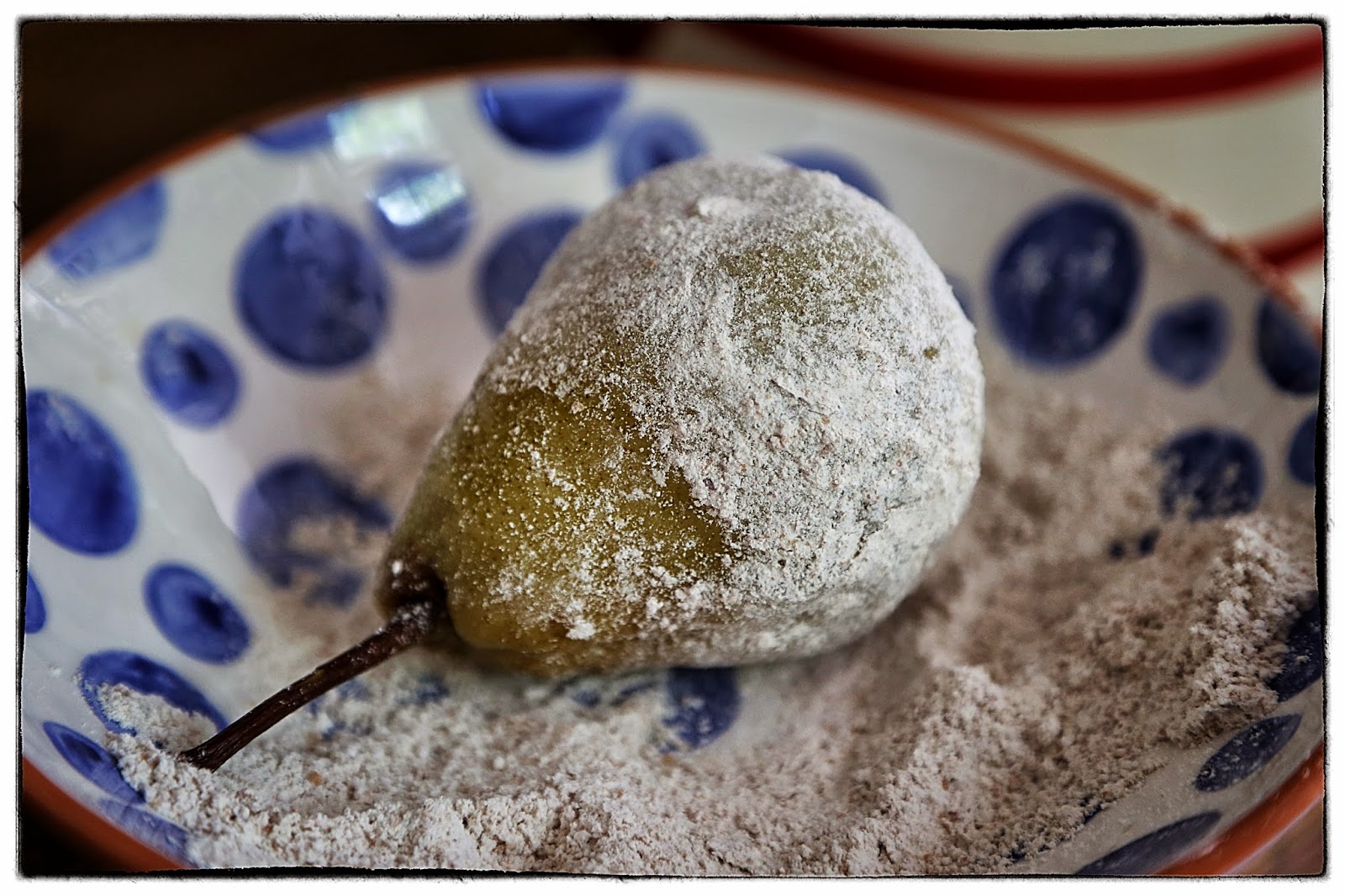 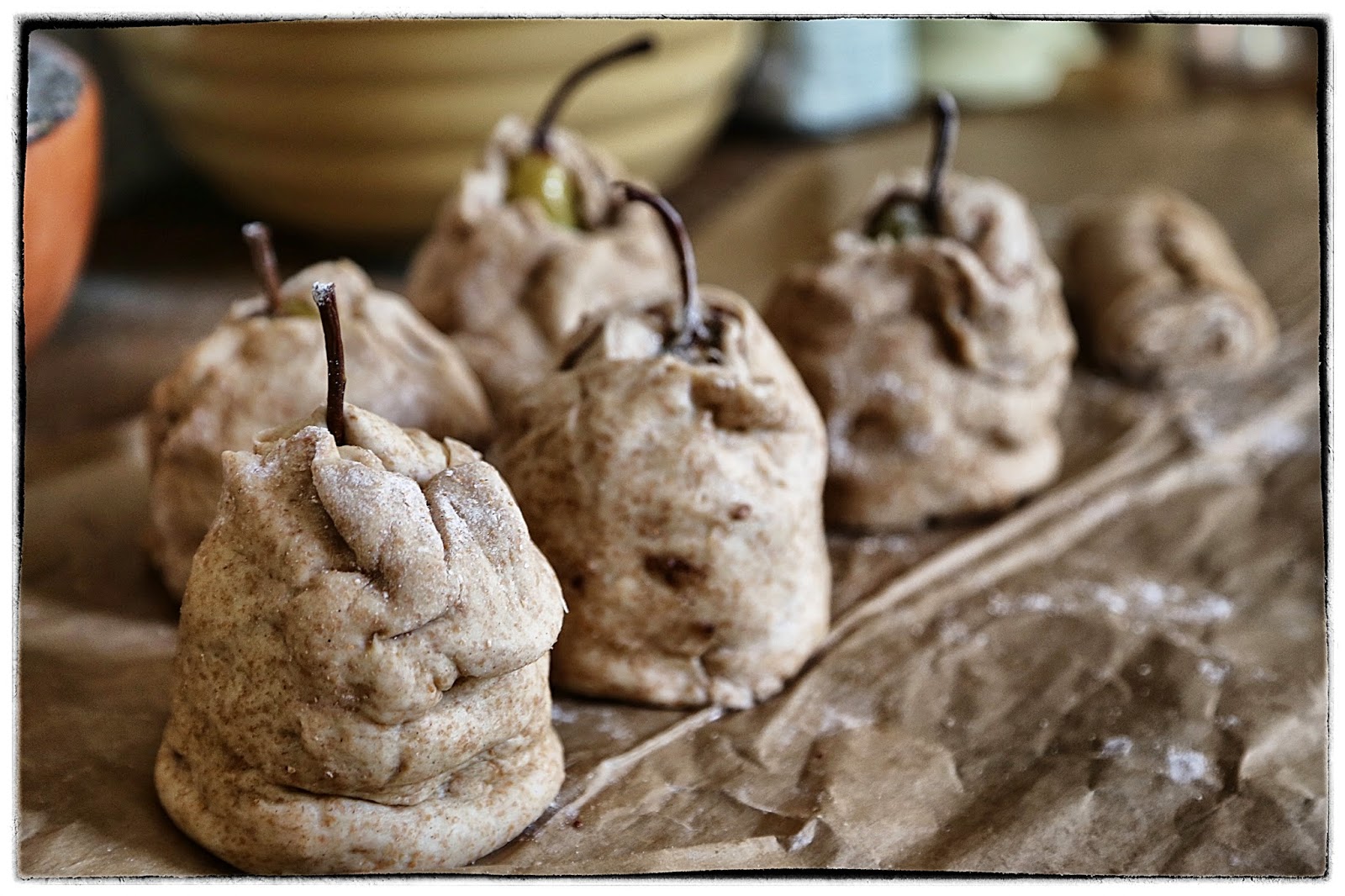 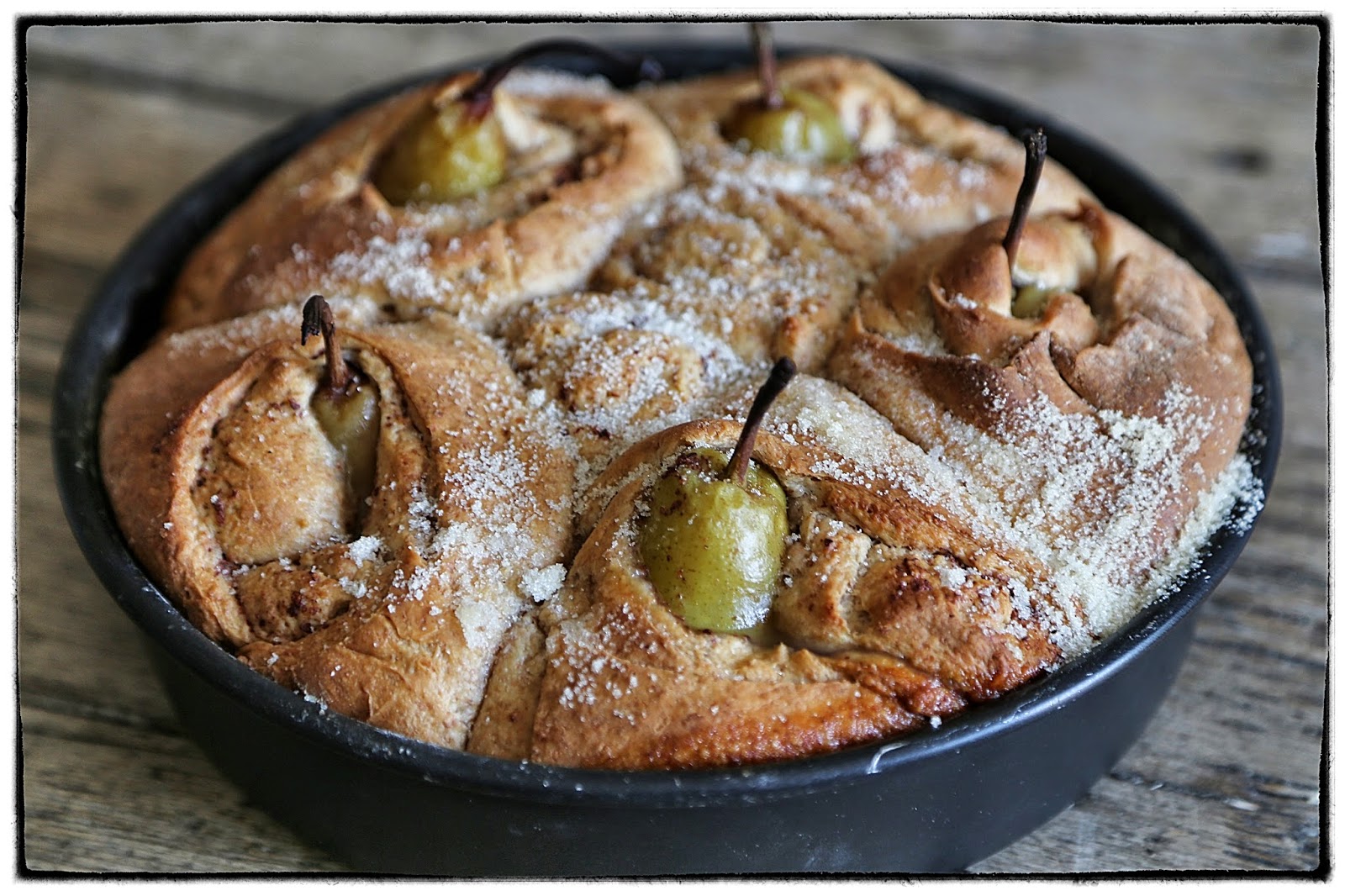 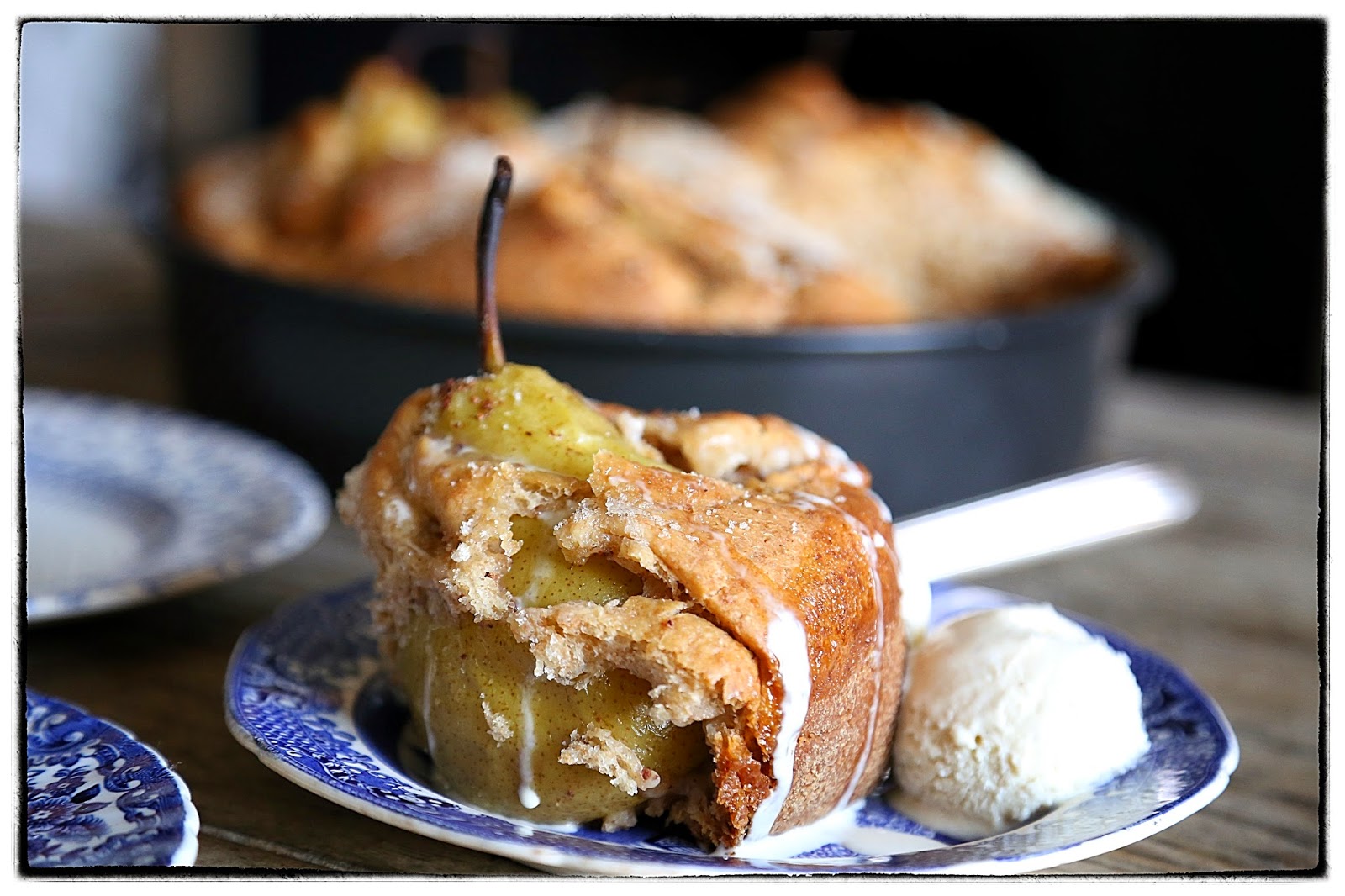 For this recipe I used the round squat Packham Pears from South Africa. I didn’t peel off the skin when poaching the pears, but do remove the skin if you want. Pears are famous for their ripening volatility, for poaching I’d use pears that are not ripe but not too hard either.
Serves 6
250g plain flour
175g spelt flour
25g of fresh yeast or 10g of rapid dried yeast
80g golden caster sugar
250ml whole milk
1 tbsp cinnamon, ground
4g salt
90g butter, diced
6 almost ripe small pears
1 bottle white wine
200g granulated sugar
1 stick cinnamon
Water to cover
Filling
100g butter at room temperature
50g golden caster sugar
1 tbsp cinnamon, ground
1/2 tbsp water
To finish
Steinbergs vanilla sugar or light brown sugar
Egg wash or milk
Serve with: custard, cream or vanilla icecream
Prepare the dough: put the flour, yeast, sugar, salt, cinnamon and milk in a bowl, add the butter in pieces and mix the dough for five minutes.
Let it rest for 20 minutes then put it on a floured surface.
Shape the dough as a loaf and rest in the fridge for one hour.
Poach the pears: take a saucepan just big enough to fit all the pears upright and pour in the wine, sugar and cinnamon stick, then top up with enough water to cover the pears. Poach on a low heat until the sugar is dissolved and the pears are just tender. This will probably take 45 minutes. Then, remove from the heat and leave to cool. You could reduce the cinnamon wine mixture to make a syrup.
Preheat the oven to 200c.
Prepare the filling: mix butter, sugar, cinnamon and water to make a paste.
Take out the rested dough and, on a well floured surface, roll it out to a rectangle of approximately 20 x 30 cms and 3mm thick.
Spread the filling gently evenly with a palette knife or dough scraper all over the rectangle.
Take each of your cool pears and dip them in a bowl of flour, this will enable the dough to stick to the pear. Then cut the rectangle of dough into 6 cross sections. Lay the pear on the dough at the end of the strip and roll the dough around it. Then squash the doughy pears into a large greased and floured cake tin, so that the stems of the pears are facing upwards. Cover and let them to rise somewhere warm until doubled in size.
Then brush the dough with the milk or a lightly beaten egg, and sprinkle on some vanilla or light brown sugar. Bake them at 200 degrees centigrade, covered with foil for around 30 minutes or until golden brown. For the last five minutes remove the foil.
Serve with plenty of custard, cream or icecream. 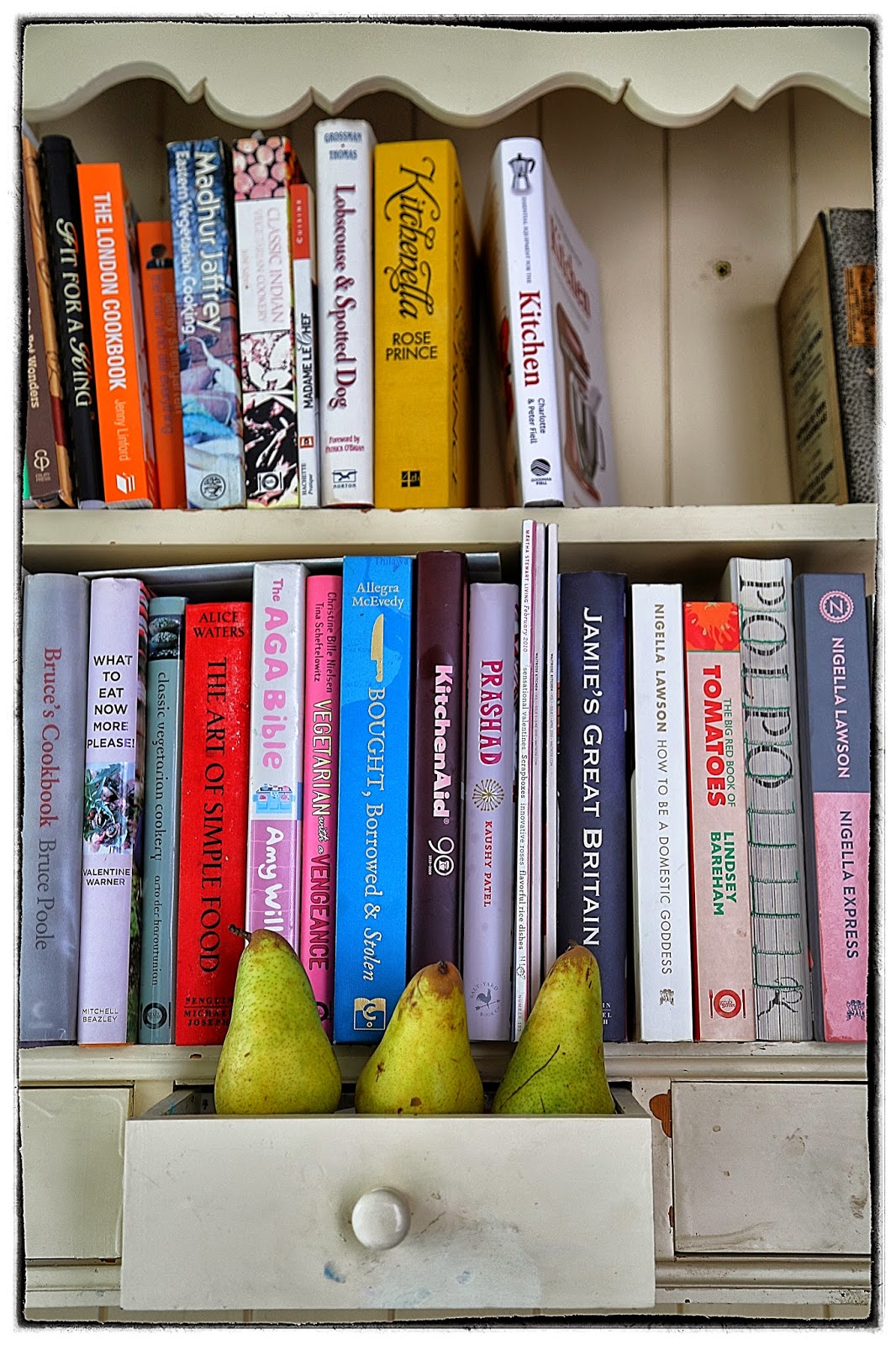