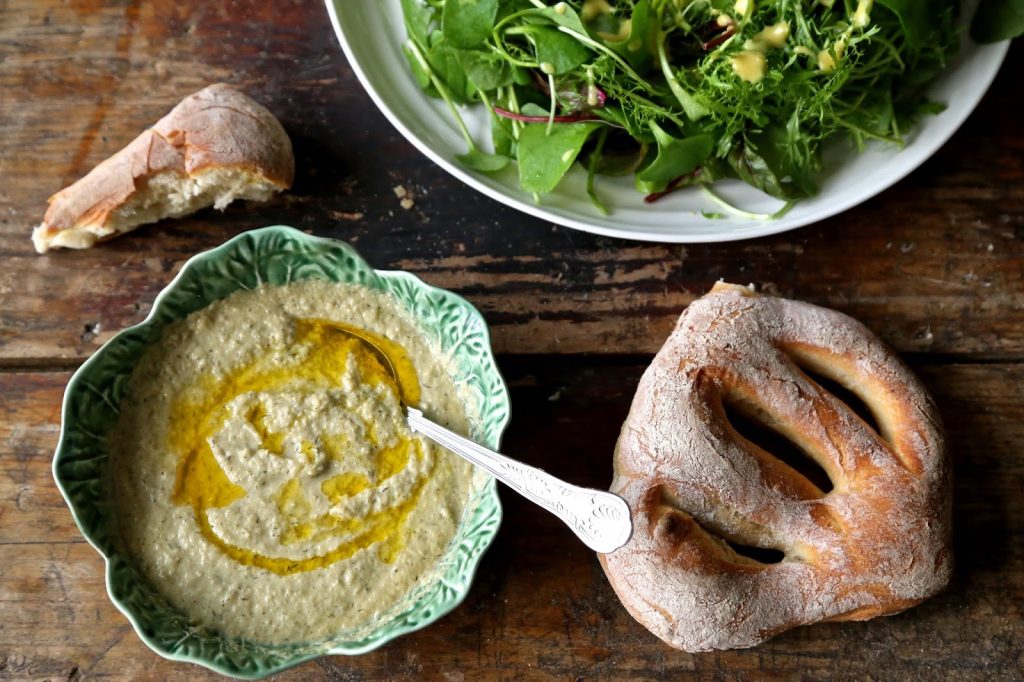 Aniseed is a flavour you either love or can’t stand. For those that can abide it, aniseed flavours such as  one finds in fennel, dill and alcoholic drinks including Pastis, Sambucca, Absinthe or Raki matches beautifully with lemon. I came up with this rich soup recipe and a use for the Meyer lemons I’d recently ordered from California.
A few weeks ago, I attended a Raki dinner at Dabbous where Chef Ollie Dabbous had a whole menu based around this Turkish drink; artichokes were a memorable pairing. Serve with a green salad with a few artichoke hearts in oil perhaps to make a complete meal.

Preheat the oven to 190Cº. Toss the fennel slices in the olive oil, sprinkle with salt, then spread onto a baking tin and roast for 15 minutes until lightly golden.
Remove from the oven and put into a large saucepan on a medium heat. Add a little more olive oil to the pan, add the shallots, fennel and garlic. Stir until softened, about ten minutes. Then add the stock cubes and boiling water. Simmer on medium low for another ten minutes. Then add the cream and a swig of Raki.
I found this soup deepened in flavour over the next day or so, as soups so often do.
Dust with grains of paradise, a spice similar to cardamom, which was popular during the middle ages and has mostly fallen into disuse, or fennel pollen also known as ‘spice of angels’. This will add a heavenly aroma to your soup. 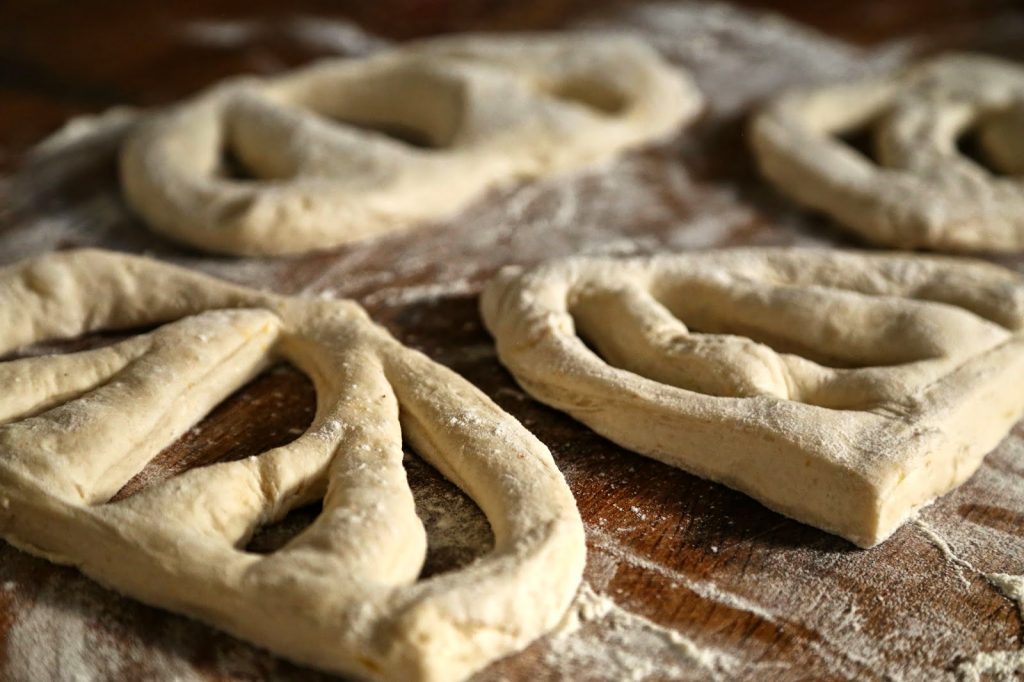 I’ve never gotten around to making fougasse before. It’s quite easy, made, according to Richard Bertinet, from a standard white dough but using a dough cutter to make the ‘holes’. This recipe is adapted from Bertinet’s ‘Dough’ book.

Mix the flour, salt, water, yeast and lemon zest together in a stand mixer, mixing for ten minutes until the dough is soft and stretchy. Or knead by hand. Leave in a lightly oiled bowl covered with cling film for one hour or, if you are a night baker such as myself, leave it in the fridge overnight.
In the morning, tip the dough out carefully onto a well floured surface. Preheat your oven to 200cº.
Cut into four quarters and with your hands, spread those pieces into slightly triangular rectangles. Using the straight side of a dough cutter cut three or four slits into the pieces as shown in the photograph.
I have a peel so I sprinkled a little semolina onto the peel and shoved two fougasses into the back of the hottest oven of my Aga, straight onto the floor. Then I put the next two fougasses into the front part of the oven. I left them to bake for about 15 minutes. The semolina acts as ‘ball bearings’, making it easier to slide the bread off the peel.
If using a normal oven, you could keep a baking tray in the oven while you are preheating it then place the fougasses, spread out so that they aren’t touching each other, onto the hot baking tray. Spray the inside of the oven with a mist of water to get a nice crust on the bread. Bake for 15 minutes or until golden.
Serve warm with the soup.