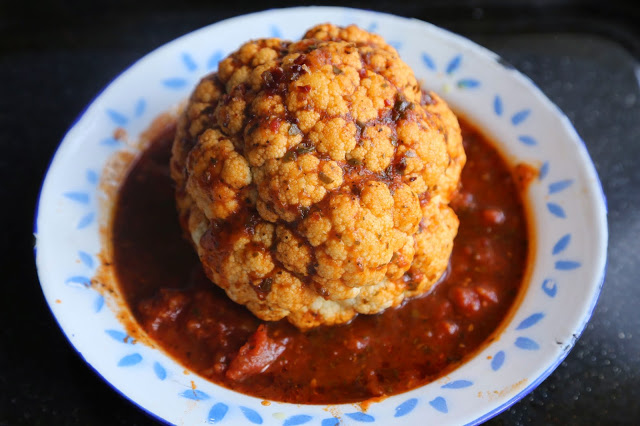 It’s election day here in the UK. My constituency, Hampstead and Kilburn, has possibly the tightest race in the UK. Glenda Jackson won by a mere 42 votes in the 2010 election. It’s an interesting borough comprising of great wealth, the large houses teetering on the hills of Hampstead and grimy poverty lining the old Roman road, the A5 through Kilburn. London has rich and poor living cheek by jowl: a two million pound house (for that is the price of a quite modest home here) next to a council flat.

Since 2010, things have changed dramatically in British politics. We had a coalition government for the first time in years, Nigel Farage’s anti-European UK Independence Party started to gain traction and last year the Scottish National Party revitalised interest in politics during the Scottish independence referendum. It’s an exciting time in politics. Nick Clegg of the Lib Dems was outmanoeuvred by Cameron and Osborne (they may be slimy but they know how to politic) when it came to changing our system from First Past The Post, which favoured only the two main parties, to proportional representation. Clegg, having sold students out by raising tuition fees, a policy that directly affected my daughter, lost that referendum, but even under the old system, party loyalties have fractured nonetheless.
I went to a hustings, a meeting where all the candidates speak, in my borough. The only candidates that turned up were Tulip Siddiq for Labour; Rebecca Johnson for the Greens and Maajid Nawaz for the Lib Dems. I was impressed with all three of those candidates: Tulip, unlike her predecessor Glenda Jackson (who was a great actress but an absolutely terrible constituency MP), lives locally and has served on the local council. She’s also small and female. This sways my vote: small bossy women for the win!
Rebecca was exactly how you think a Green candidate would look: even though it was a chilly night she wore open-toed sandals and wore head to toe green velvet. She’s a feminist peace activist who was at Greenham. I visited Greenham Common, one of the most inspiring direct actions by women. We need more of this and perhaps the new Women’s Equality Party will recalibrate politics to include us.
Maajid Nawaz was the smoothest, almost James Bond-like, a sharp grey suit, slicked back hair and tons of charisma. He has an interesting back story: from a Muslim background, he was attracted by extremist Islam and ended up jailed in Egypt for several years. On his release he decided to depart from the path of extremism. He differentiates between Islamism, a political creed spreading 7th century mores (but a product of 21st century events) and Islam, the faith. Maajid Nawaz began the Quilliam foundation, an anti-extremist organisation.

I’ve been disappointed how the issues around food are never debated. Labour might talk about food banks a bit, but that’s it. At the hustings, the meeting was divided into different policy subjects: transport, housing, education, health and food. No one was interested in the food meeting and those of us sitting waiting for that discussion, had to join another debate. Food touches upon all of these subjects: access and transport to good fresh food, education about food as in how to cook, health problems triggered by food. Nor has the Transatlantic Trade and Investment Partnership (TTIP) been discussed. This is a trade agreement between Europe and the US: it is feared that the stricter European rules on GM, pesticides, growth hormones in food will be swept away by pressure from US ‘Big Food’ farmers.

The Conservative and UKIP candidates didn’t turn up to the hustings so there was no opportunity to debate with them.  Others include the U(niversal) party candidate Robin Ellison who aims to reform the pension system but has some quite interesting policies, for instance it seeks peaceful recovery of our former French possessions under Henry II, which sounds reasonable enough.
A Labour activist canvassed our street last week and knocked on my door. (I’ve had several of these visits, mostly due to the fact that my daughter is a Labour party member. She’s studying politics at York university and hopes to work for the Labour party.)
In the midst of our discussion about whether I should vote Labour, she said:

“Well at least our candidate is alive.”

” What do you mean? Is there someone standing who is dead?”

She replied mysteriously : “I can’t say any more”.

I googled it. One candidate ‘The Eurovisionary Carroll’ Ronnie Carroll died last month, too late to be taken off the ballot paper. I guess that’s why he wasn’t at the hustings either. 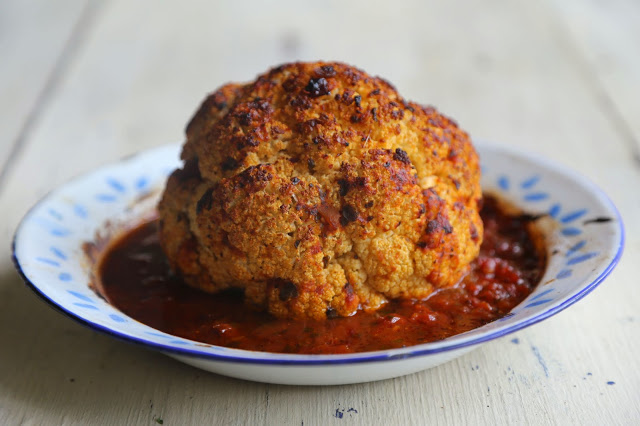 Choose a baking dish that is just slightly larger in width than the cauliflower, I used an enamel plate which is fine to put in the oven. Preheat the oven to 180cº
In a medium saucepan on a medium heat, add a little olive oil. When it’s warm, add the tomatoes, the garlic, the oregano, the vinegar, the chipotle paste and simmer on a low to medium heat for ten minutes. Taste and season with salt to taste.
Drizzle the rest of the olive oil over the cauliflower, rubbing it in. Then add the sea salt, rubbing it into the cauliflower head also. I then took the cut half of garlic and rubbed it into the cabbage all over.
Place the head of cauliflower in your chosen baking dish and pour the tomato/chipotle sauce over the cauliflower. Cover the dish with tin foil and bake for 45 minutes or until a metal skewer enters the heart of the cauliflower easily. Remove the foil for the last ten minutes so the the cauliflower can brown a little on top.
Serve hot. If you have some left over, you can use the florets and sauce over pasta or rice.

Note: I edited this post which called a cauliflower, a cabbage. I had “Brain fade” as Green Party leader Natalie Bennett calls it.