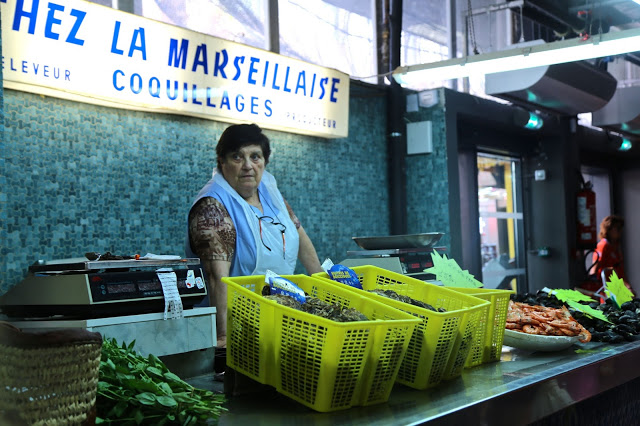 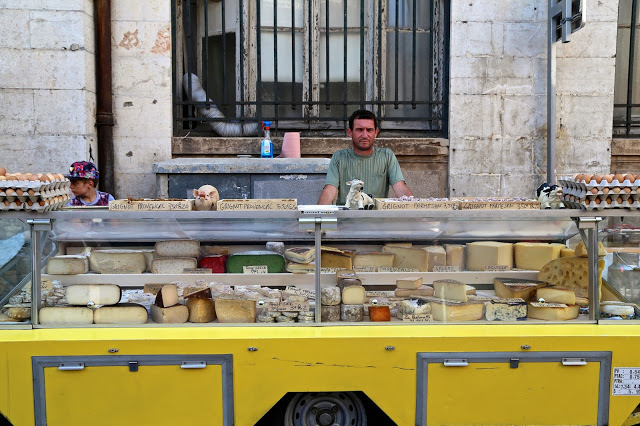 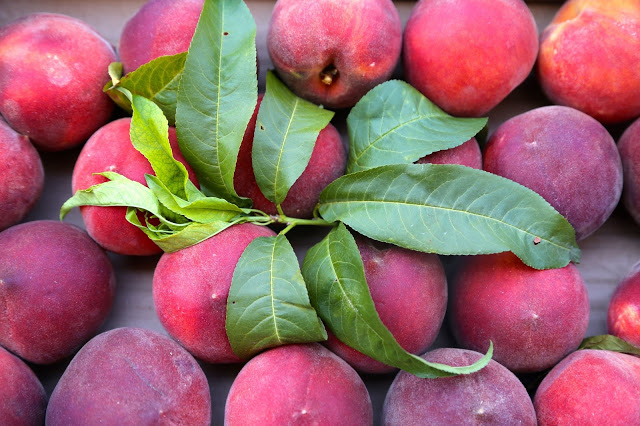 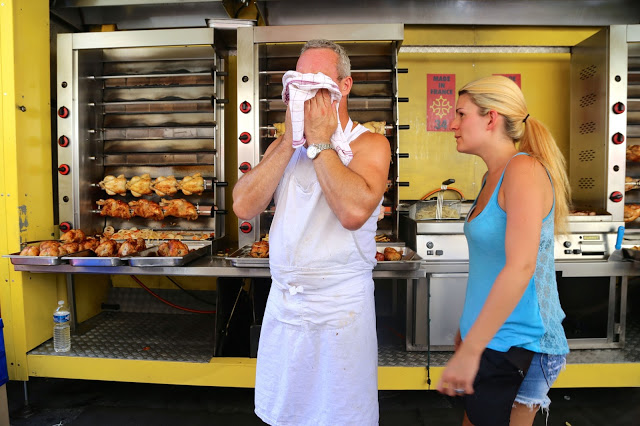 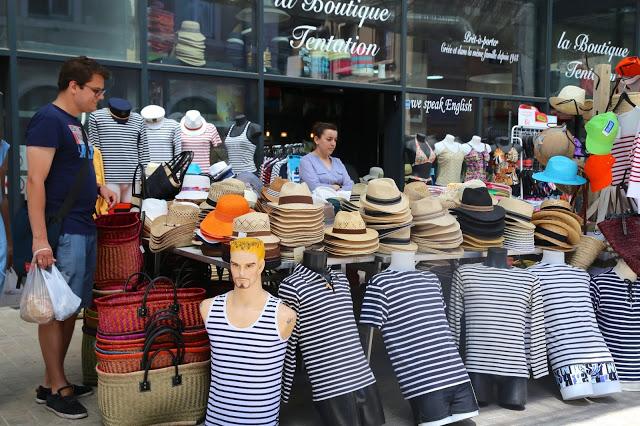 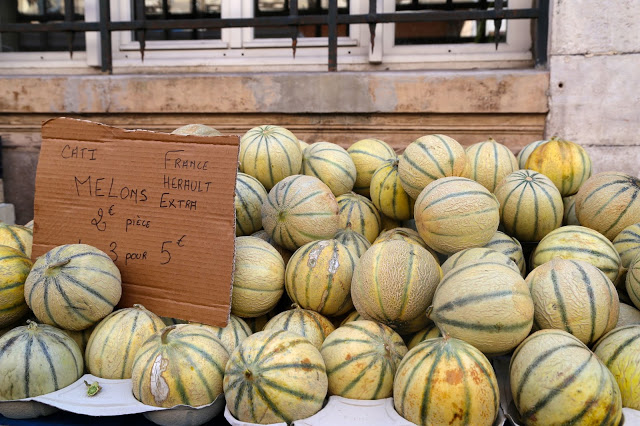 One of my worst lapses as a mother was in Sète, a clammy but atmospheric port in the Languedoc of France. My three year old was playing next to the shore and, excuses, excuses, having been driving all day in an un-air-conditioned car, having slept badly, in a campsite which was so crowded in August that we were only allowed to stay one night, I fell asleep. I awoke to the disapproving hisses of French parents around me. Fortunately, my daughter was wearing one of those padded swimming costumes that allow you to float, so it was unlikely, but not impossible, that she would drown, but you never know. Every time I think about the errors I made, I feel a hot flush of shame. Mothering is a series of near misses.
Sète is nestled into a little crook in the Mediterranean coast line. Every summer it has water jousts, on canals. People wear boaters and blue and white stripes. Sète has a unique cuisine, heavily based on seafood and spice, influenced by Spain, Italy and Northern Africa. Some of France’s most iconic poets come from there: the anarchist song writer George Brassens (whose wordplay and simple while complex, repetitious songs are not appreciated by Anglo-Saxons) and Paul Valéry, the Symbolist writer.

The market, Halles de Sète, is well worth a morning and lunch too, there are some excellent restaurants within. Recommended by Trish Deseine, who has a house nearby, we ate at L’entonnoir which offers fresh Mediterranean food with an Asian twist, cooked by a talented female chef (pictures below).

It looks like half of Sète goes there to drink, socialise and eat after shopping. This is a market that you dress up for, that you do your makeup for. It’s a market where you will be seen. People-watching yields good material. 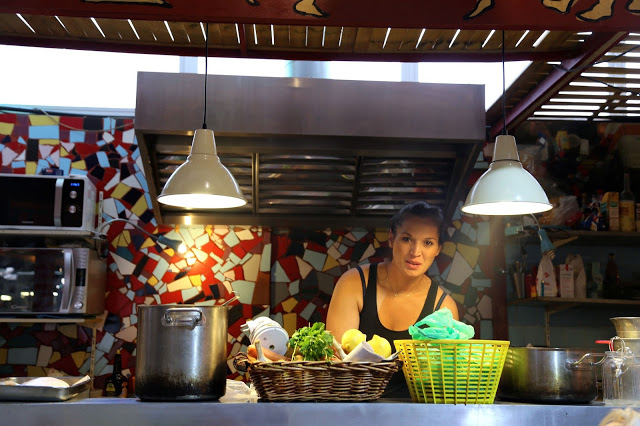 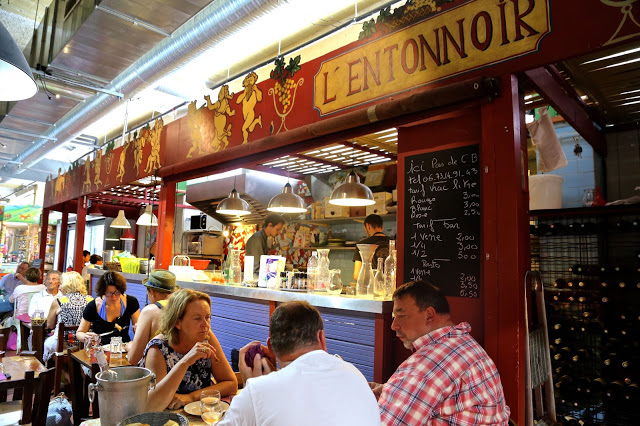 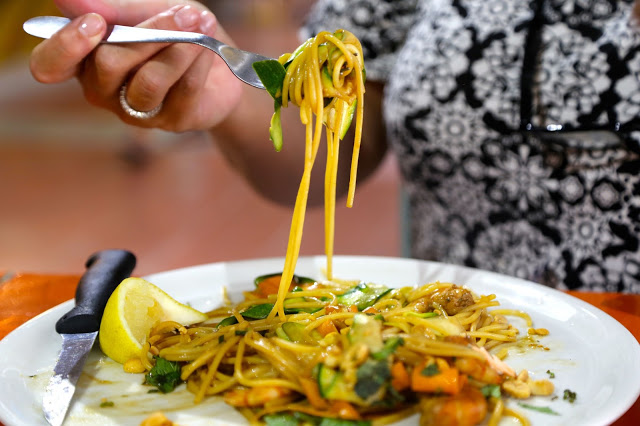 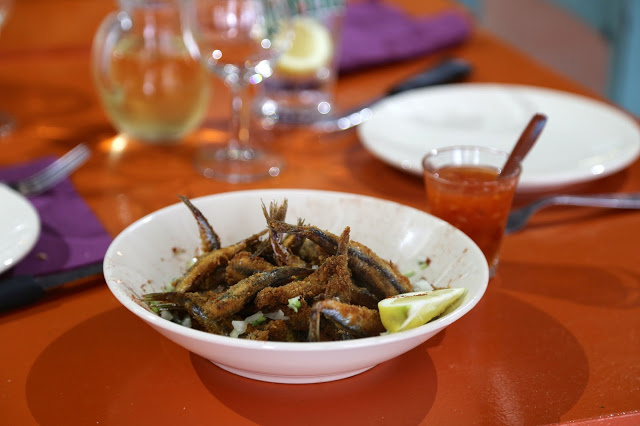 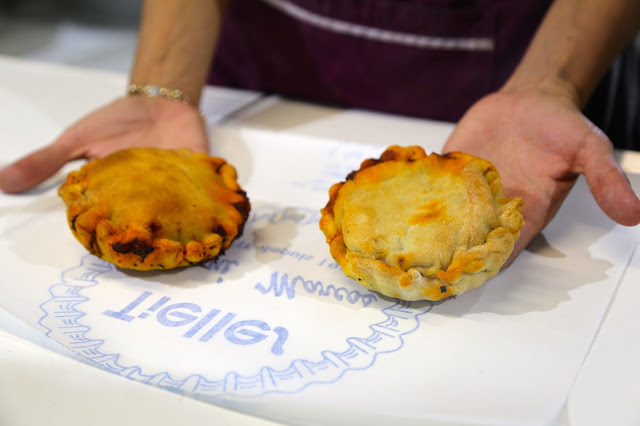 Tièlles are seafood pies or empanadas. La maison Tianni Marcos, a stall in the market, has queues waiting for these spicy little pasties. Italian immigrants brought these to Sète at the end of the 19th century, the Italian influence can be seen in the olive oil pastry. Inside you have a thick octopus stew cooked in tomato, fennel and spices.

Soupe de poisson à la Sètoise and Bourride à la Sètoise: further east along the coast Marseilles has a famous fish soup, with croutons and a red sauce ‘rouille’ and this soup or thick stew (bourride) is quite similar. 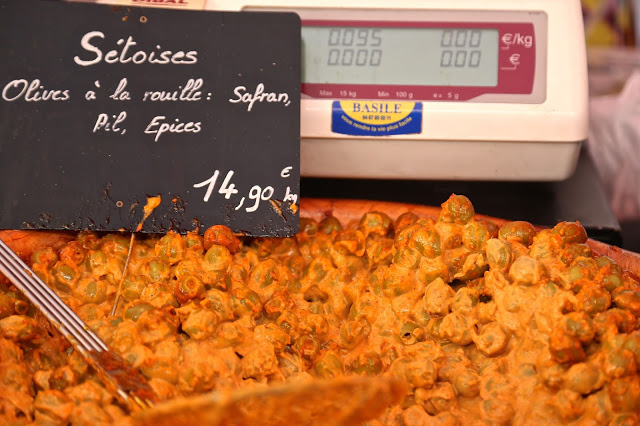 Olives Setoises: I bought these green olives which were marinated in a creamy tomato and white wine sauce. Absolutely delicious. ‘A la Sètoise’ appears generally to mean cooked in tomato, saffron, provencale herbs, garlic and wine. 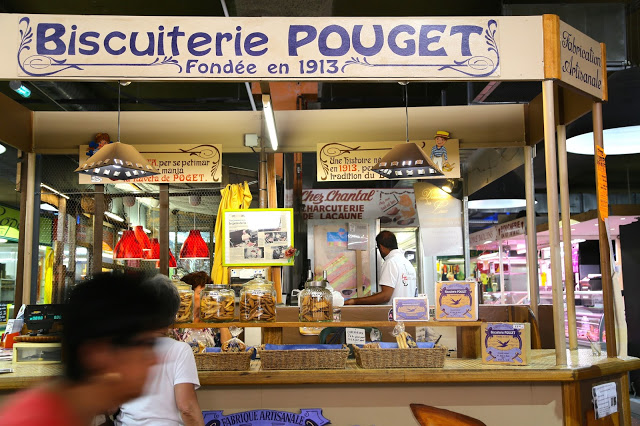 Here are some pictures I took in the market. I love the one of the guy who has travelled from his little vineyard that morning, selling home-grown wine from big plastic flagons. You bring along your plastic coke bottle and he will fill it with Vin de Pays.

Some of the stallholders still had their ‘Je suis Charlie’ posters on the wall. One guy, holding the cherries below, had a large portrait of Georges Brassens behind him.

I think it’s almost impossible to make a bad or even mediocre meal when you have this kind of produce at your doorstep. 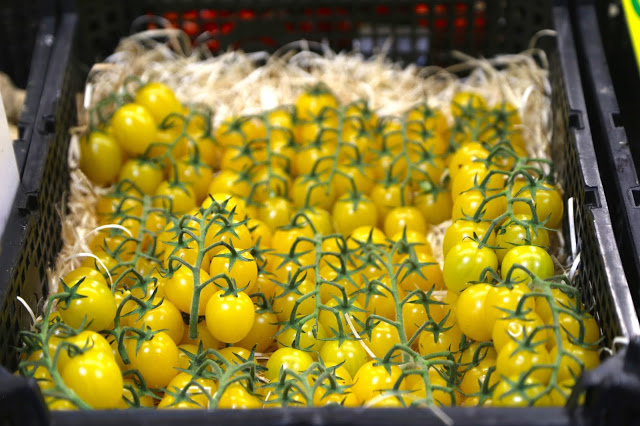 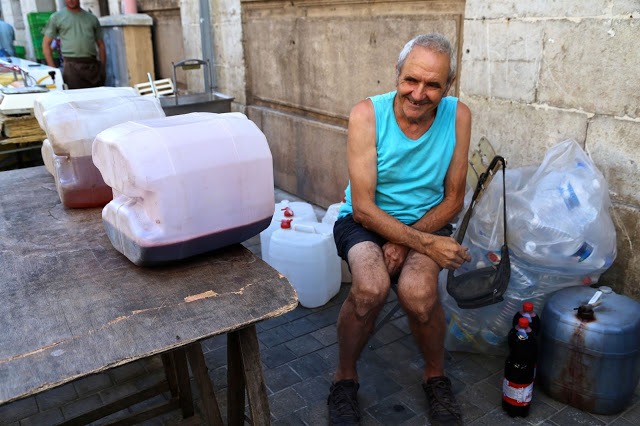 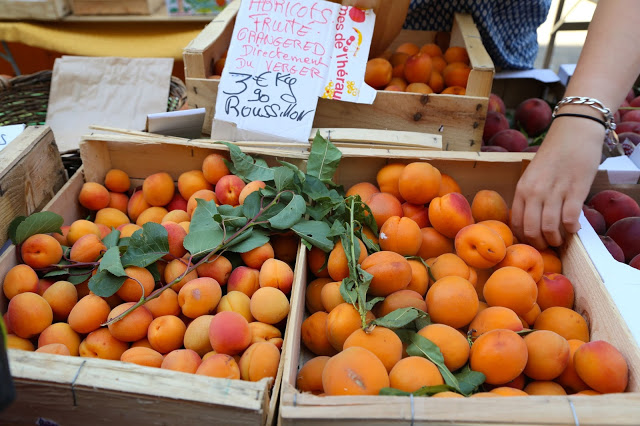 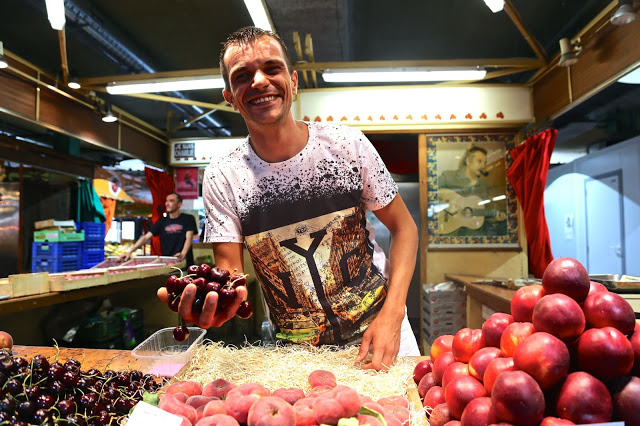 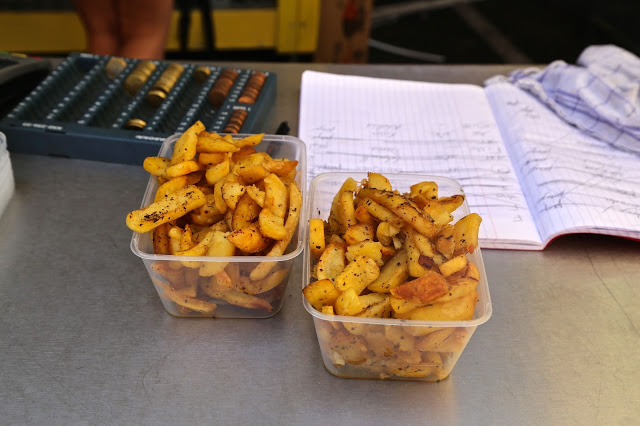 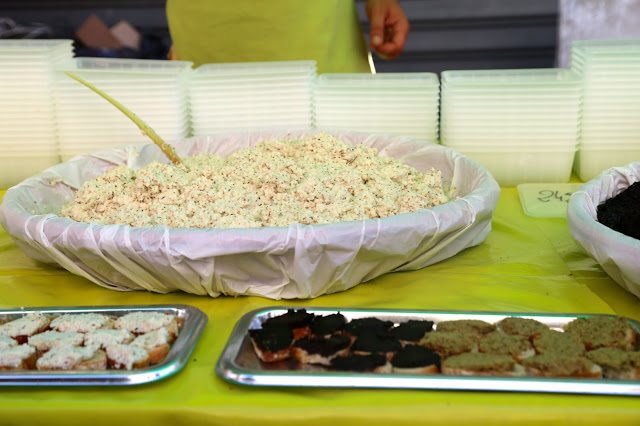 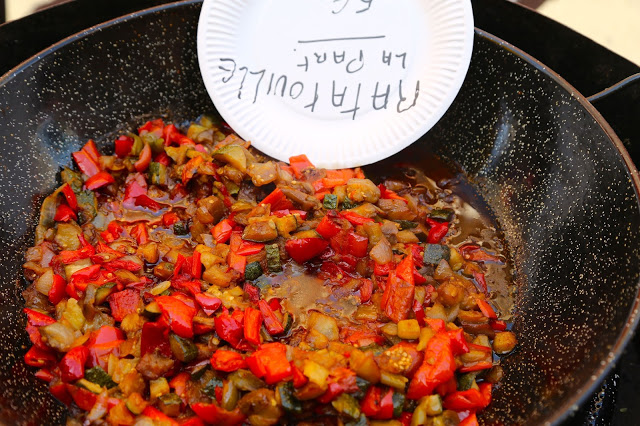 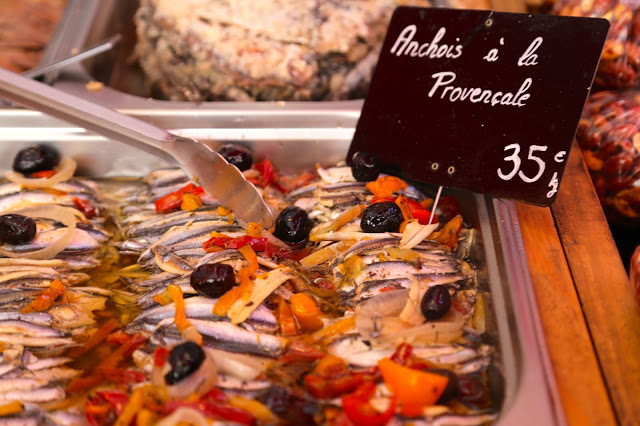 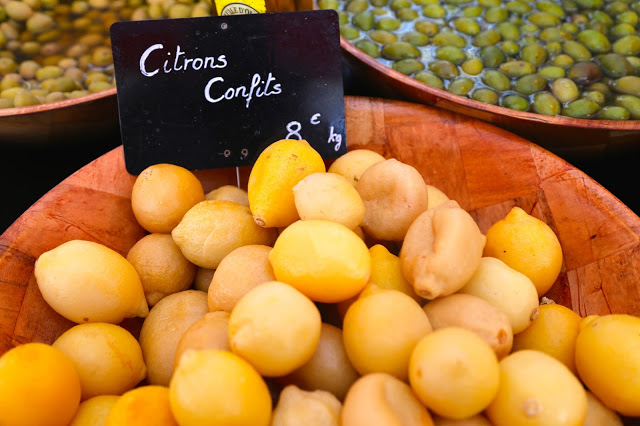 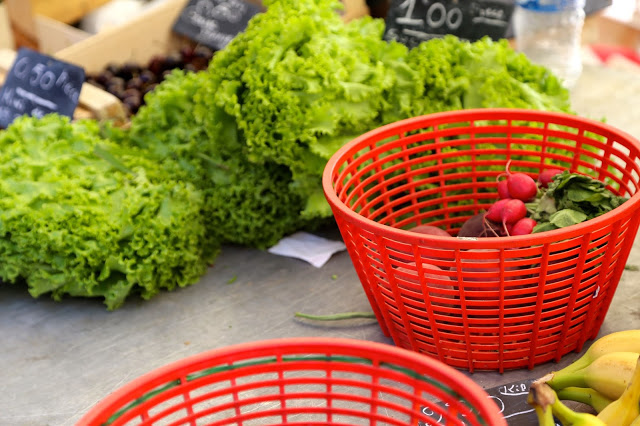 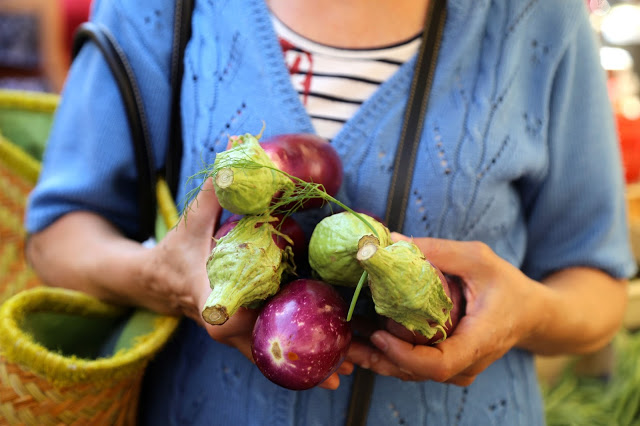 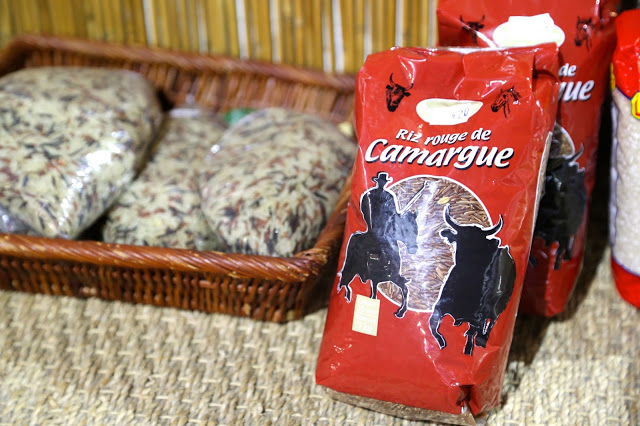 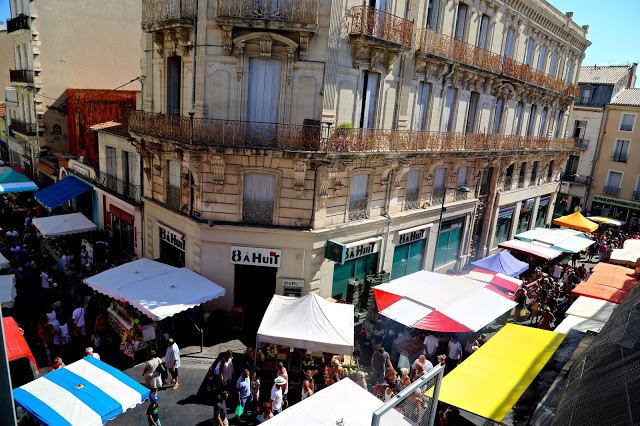