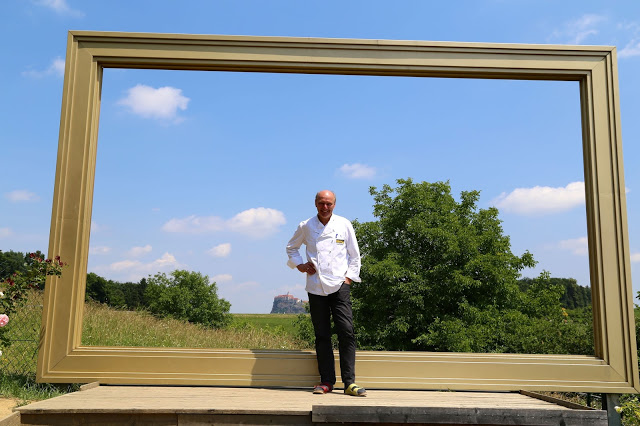 Joseph Zotter at the back of his chocolate factory in Styria, Austria.

All eyes were fixed upon the gates.
‘There he is’, someone shouted. ‘That’s him!’ And so it was.
Mr Zotter was standing all alone just inside the open gates of the factory.
And what an extraordinary tall man he was!
He had a bald head.
He wore a white lab coat, made of a beautiful snow coloured cotton.
His trousers were charcoal black.
His shoes were mis-matched bright leather sandals.
And his eyes – his eyes were most marvellously bright. They seemed to be sparkling and twinkling at you all the time. The whole face, in fact, was alight with fun and laughter.

The whole experience was as if it was written by Roald Dahl when I went to visit Mr Zotter’s chocolate factory in Styria. I felt like Charlie, standing at the entrance of a magical playful world that enjoys chocolate without guilt, without shame, with all the zest and enthusiasm of a child.
Joseph Zotter is today’s Willy Wonka, a smiling giant presence who, when he came out to greet us, was leapt upon by the children visiting the factory, all demanding selfies and group photographs. 260,000 people visit every year. Children adore Mr Zotter.
I’ve never met an adult who attacked a subject with such eagerness – any subject from Airstream caravans to vintage cars to Bolivian farmers, ecology, organics, fair trade and of course chocolate, in all its forms, from bean to bar.

As we tour the factory, we are given ceramic ‘kissing spoons’, which we can use to taste or scoop up chocolate as we go along. “You can taste as much as you want in the factory”, it says in our ‘nibble notes’ booklet, “but do not take anything away”.

“The best cocoa beans come from South America”, said Zotter. “Everything here is organic. We use different sugars and milk powders in our chocolates. For the milk chocolate we don’t need high end cocoa beans, though.” Waving his hand around the room, he said: “If you see bags of beans, you know the chocolate is of high quality. There is a UN initiative for farmers to grow cocoa rather than cocaine. We buy our beans raw not roasted – this way we retain the anti-oxidants – and we roast the beans at 55º. They have been slowly fermented in the sun from between five to fifteen days. The beans must not be violet inside but brown.”

We crunch on the raw beans from the Caribbean, South America, Africa, Asia. “The taste is in the farm”, continues Zotter. “Ecuador is best. Panama is strong. Peru is best also, they have old trees. Belize is good too.” I’m surprised at how different the raw beans taste, depending on the country. Some are smoky, some are bitter, others are dark and coffee-like, some are softer, lighter and sweeter.

We tour around 16 tasting stations: a series of chocolate fountains, white, brown, raw, dark; a conching time machine with dark chocolates with an increasing cocao content, the higher the cocoa content the longer the conching time; a chocolate cracking corridor lined with dozens of machines that snap off a piece of varying fruit chocolates; a lollypop stairway; a tiny mid-air cablecar carrying chocolate bars around a room, which you can grab and submerge into a glass of warm milk; a room of spinning turntables with chocolate discs; a room of copper kettles filled with chocolates; the ‘chocolate shocker’ room where unusual flavours – worms! – are used. I tasted chocolate with salmon. You can barely ascertain the fish flavour, a mild saltiness perhaps, for the power of chocolate overwhelms everything.
I was impressed too with the range of vegan chocolates flavoured variously with coconut milk, nut milk, soy milk.
At the end strangely I didn’t feel that I’d eaten too much chocolate. (In my teens I’d heard that if you eat just one food – any food – you lose weight. So I went on a chocolate diet. After half a day I felt so ill I had to resort to real food).
The factory continues outside. Zotter is determined to teach children where our food comes from: there is an edible zoo, the animals we eat and a fantastic organic restaurant ‘Essbar’ with beautifully plated food.  In the open plan restaurant they have a noodle workshop, a farm bakery, grain mill, a home-made sausage stand, an ice lolly section, as well as a delicious vegetarian and vegan selection. 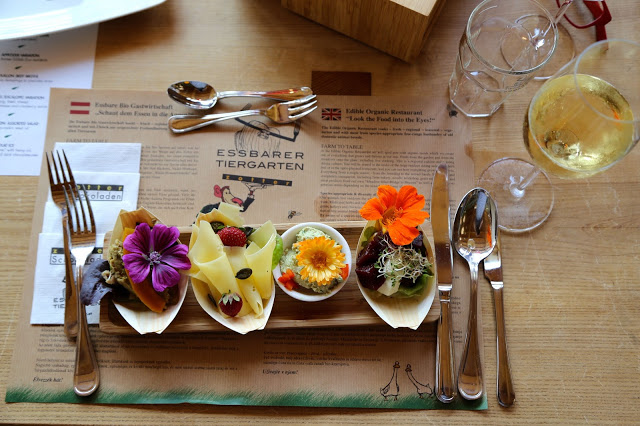 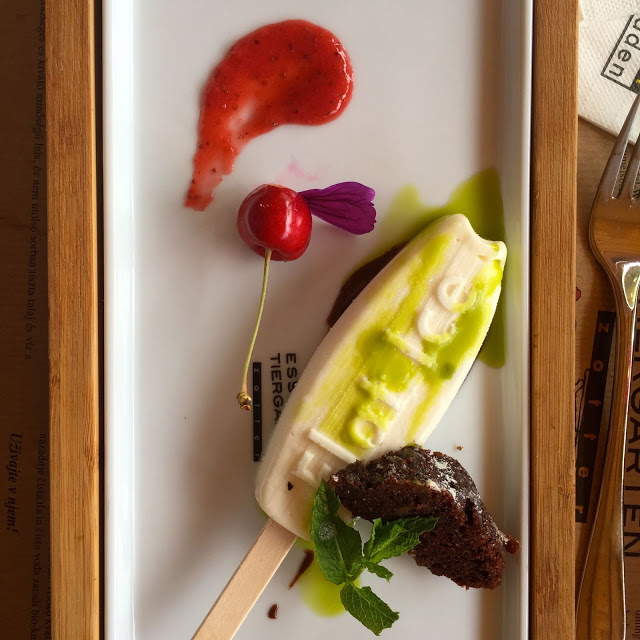 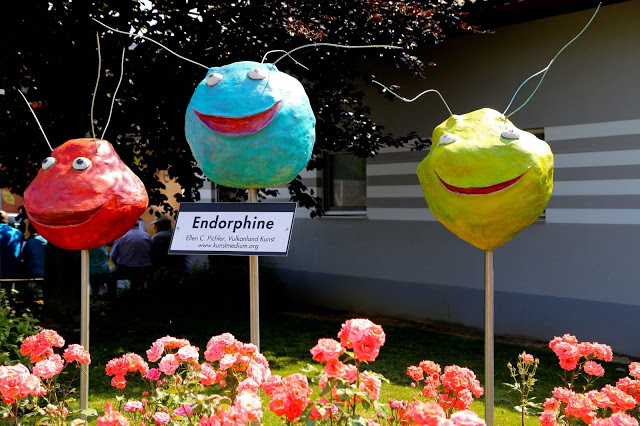 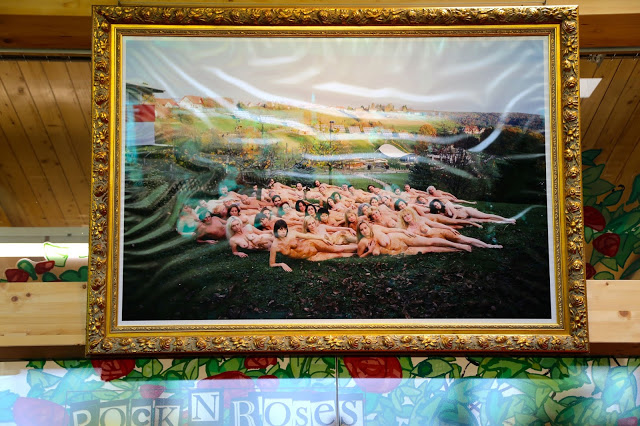 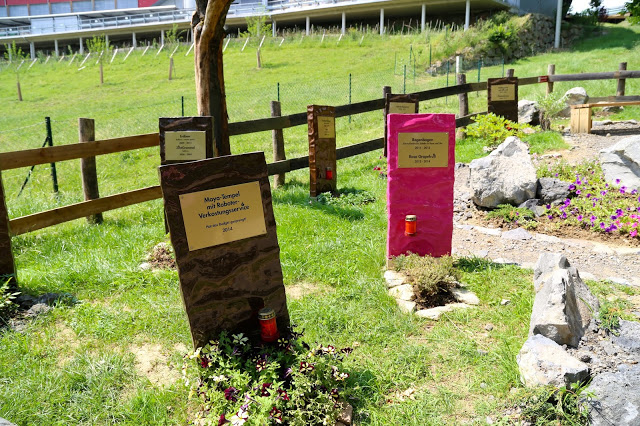 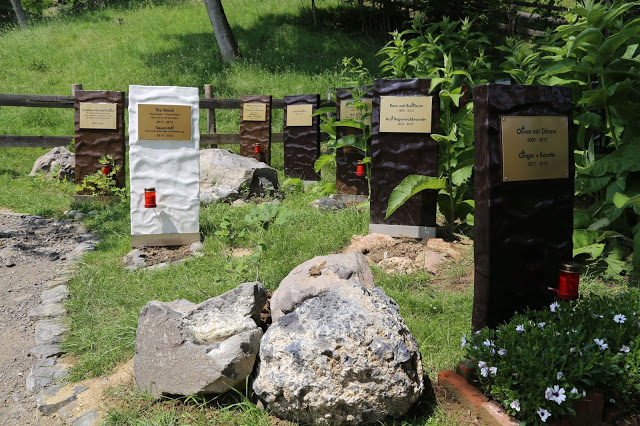 The cemetary of bad ideas: chocolate bars that weren’t popular 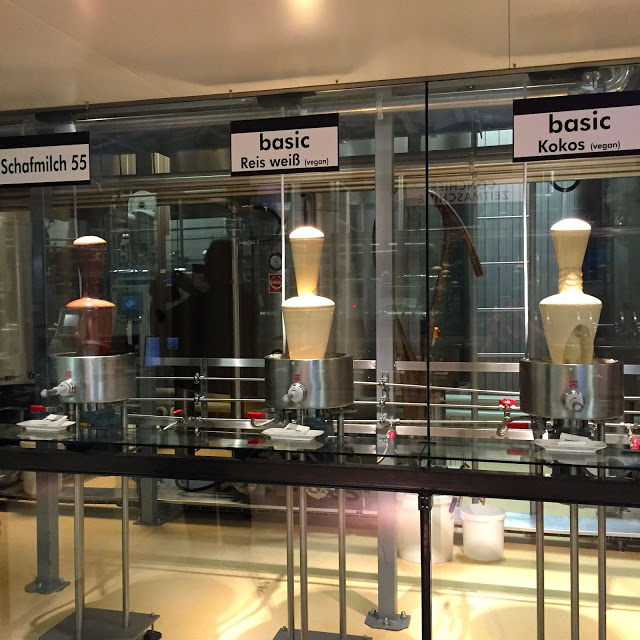 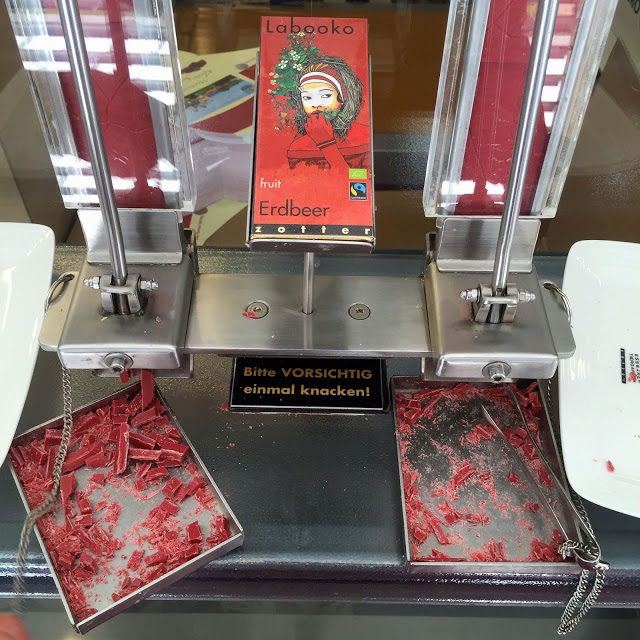 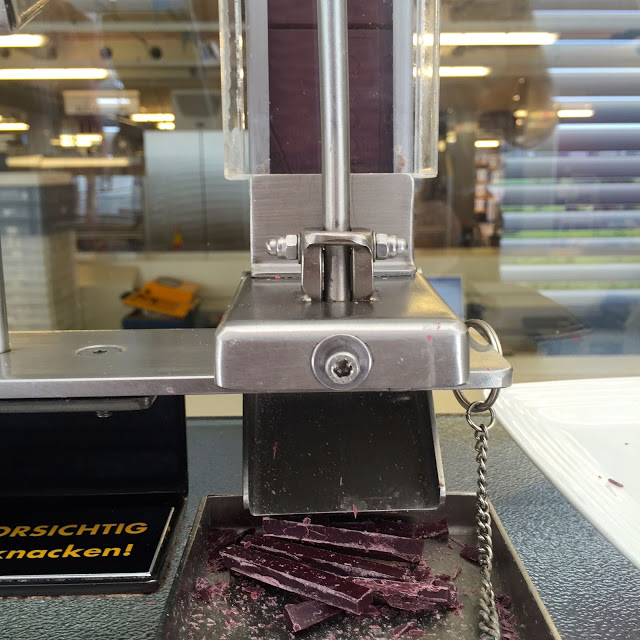 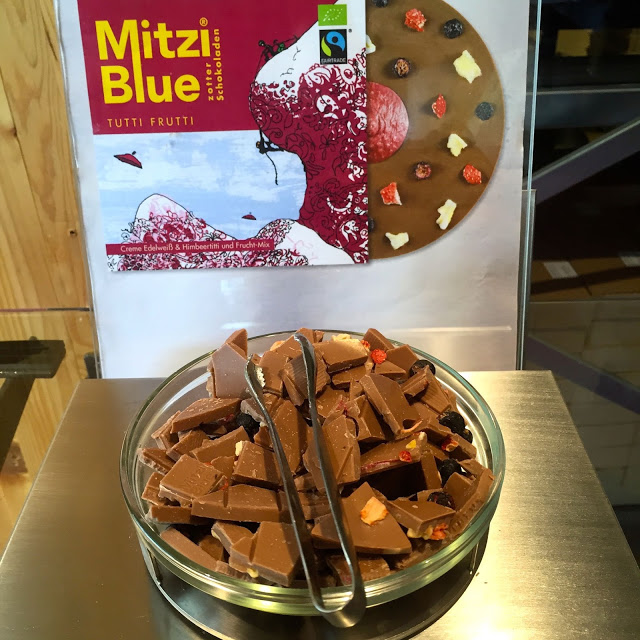 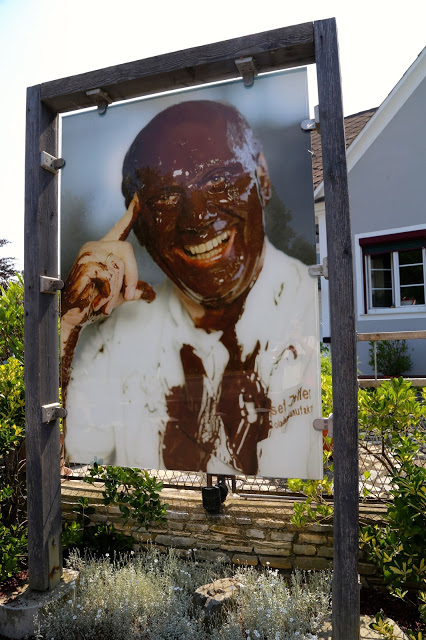 Mr Zotter welcomes you to the chocolate factory…

Previous Post: « Where to buy vegan products in London
Next Post: How to make sure you are getting your due and protecting your rights as a writer and photographer »