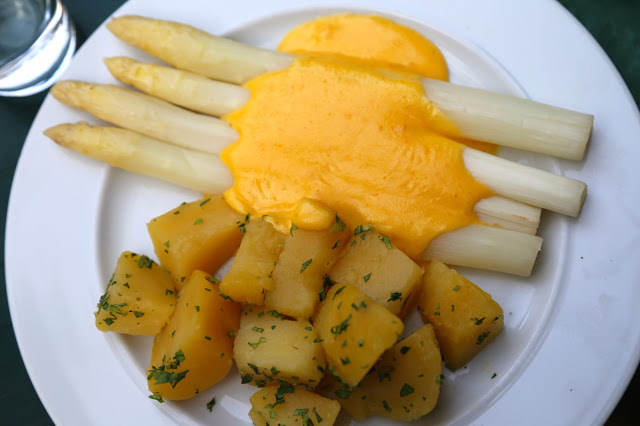 German and Austrian wines have a slightly dodgy reputation – sweet white sickly wines like Blue Nun and Liebfraumilch – but this is a dated attitude. Although this article still hates German wines. During my visit to Berlin and Vienna, I drank German and Austrian wines with most meals and I was impressed.
The most famous German grape is Riesling, mostly grown near the Rhine river, but also further south, in the Alsace and in parts of Austria. Riesling has a strong character, with petrol notes, which can be a bit controversial. The vines, being so northerly, are picked very late, much later than other wines, starting at the end of September and even onto January, unlike wines in more southern regions of the world, where picking begins in August. For this reason German wines are labelled in terms of how late they are picked, a system called Prädikatswein, with different levels of lateness/ripeness starting with kabinett, Spatlese then Auslese, beerenauslese, eiswein, and finally Trockenbeerenauslese.  When wines are picked later in the season, they generally have a higher sugar content; the higher the sugar content, the more ageing a wine can stand. Good Rieslings can be aged for between ten and thirty years.
Most Rieslings are fairly sweet, but there are also dry ones. Look for the words trocken (dry), halbtrocken (half-dry, quite sweet), feinherb (a bit sweeter) and lieblich (sweet, usually of lower quality). I find as I grow older, I enjoy sweeter wine such as dessert wines: beerenauslese, eiswein, and Trockenbeerenauslese are delicious as end of meal wines especially with a cheese board.
Riesling is one of the few wines that can be drunk with sushi and Asian food in general – anything from a strong oily spicy Indian curry, a citrus coriander light Vietnamese pho, a zingy Thai hot and sour soup or a Chinese stir fry. 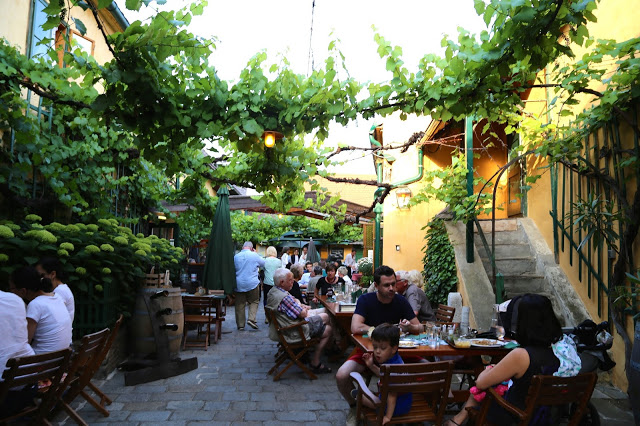 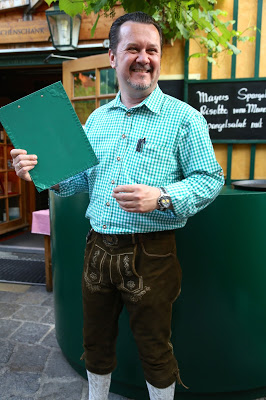 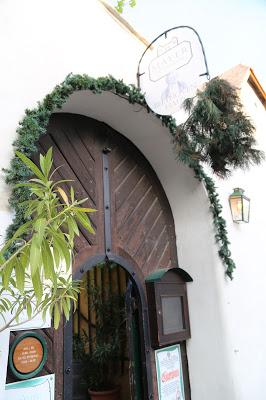 The most famous Austrian grape is Gruner Veltliner or ‘gru-ve’, much flintier than Riesling. In various tastings Gruner Veltliner has consistently beaten top French whites.  In Vienna I visited a ‘heuriger’, something similar to a beer garden, but for wines. Vienna is fairly unique in having vineyards actually within the city. When the wine garden is open, a garland of pine cones is hung over the door (as can be seen in the picture above). Traditionally, heurige only serve the wine that they make, generally a young wine. In fact ‘heurige’ means ‘this years wine’. I sat in the garden and ate plates of cheeses, pickles, or liptauer (a cheesy pimento dip) while listening to accordion music. Although the weather was sweltering, it was a pleasant evening under the vine-covered trellis in the shade, with lederhosen-clad jolly hosts slapping one on the back. Definitely a sight not to be missed if you visit Austria.
Read the rest of the article on Winetrust100.com where you can try out some great German or Austrian wines. 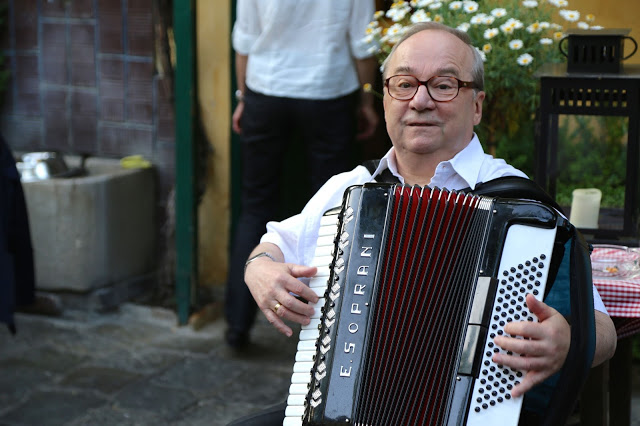 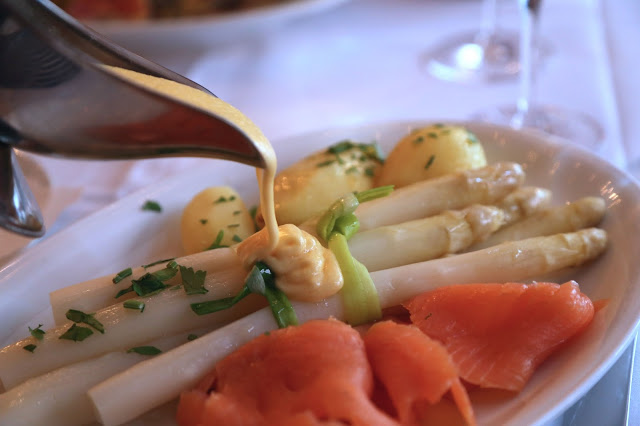 Don’t forget to come and see myself and Winetrust’s Master of Wines, Nick Adams, at the Bury St Edmunds theatre on September 8th. This is an original Regency theatre and all proceeds go to help support this theatre. It is an evening of conversation where I will be talking about my books (you can also buy signed copies) and discussing wine matches with Nick. There will be wine tasting for the audience too.
Book tickets here: http://www.theatreroyal.org/shows/msmarmitelover-and-winetrust/