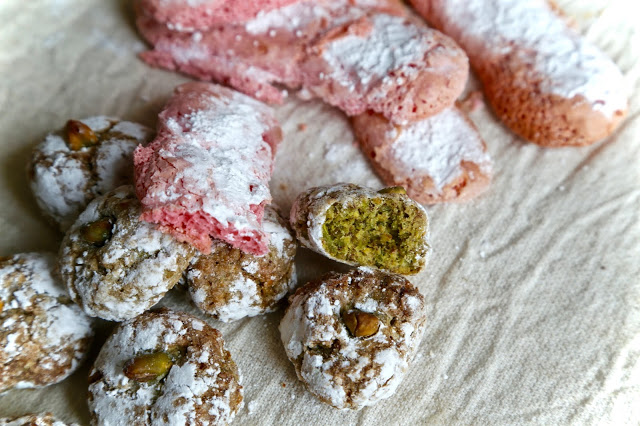 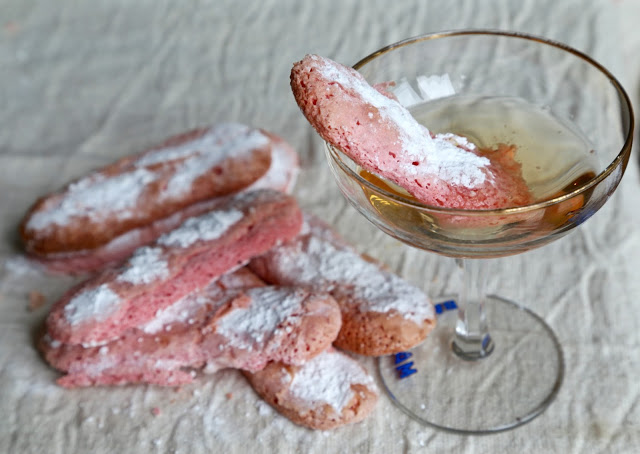 Long ago bakers discovered that if you bake something twice….bi (two) cuit (cooked) it becomes crunchy and lasts longer hence the name biscuits.
One of the earliest biscuits is the Ships Biscuit or hard tack as it’s often known. It required baking four times to a rock hard consistency,  in order to withstand the dampness of being at sea for long voyages. This was served at every meal. I’ve made hard tack for a historical supper club based on the books of Patrick O’Brian author of Master and Commander. I baked them twice rather than four times, but still had to warn guests that I would not be responsible for their dental bills.

The British are biscuit lovers; unlike the French we eat cheese with biscuits rather than with bread as the French do.
We also love to dunk them in tea. In France they will often dunk buttered (unsalted) bread into their coffee (making an early ‘bullet proof’ coffee) but when they dunk biscuits on the continent, they prefer to dunk into alcohol.
In my Patrick O Brian supper club I made ratafias, a little like macaroons, which they would drink but not dunk in a glass of Madeira wine.
You could try this gorgeous amber Madeira wine from Portugal, Henriques & Henriques Malvasia 10 Years at £18 a bottle.
In Italy they dunk Biscotti into Vin Santo (Holy wine) but the original Vin Santo comes from Greece, which winetrust stocks, Santorini Vinsanto, Argyros Estate at £26. This fortified wine  is comprised of three native grapes (80% Assrytiko, 10% Athrini, 10% Aidani) from Santorini, a hot, dry volcanic island that grows vines in a low lying basket shape to avoid destruction by the winds.
Another sweet Italian dry biscuit is Cantucci, sometimes called Cantuccini. What is the difference between Biscotti and Cantucci? According to one source it’s that Biscotti are larger and contain fat. I’d try these with a low alcohol (only 5.5%) white refreshing Italian Vajra Moscato d’Asti at £12.95.
In Puglia they dip Taralli, a dry crunchy plain biscuit which is either sweet or savoury tied into a knot, into wine. Taralli are one of the oldest food stuffs, the recipe originally hails from Greece. I’d recommend a Sicilian wine Zibbibo, Gibelè, at £11.75 for dipping purposes.
In Spain anise and olive oil thin Tortas de Aceite, a kind of thin flaky sweet and salty crispbread, are popular eaten with cheese, coffee and sherry. There are different flavours, some with orange or lemon.
Dip these into a dry fino sherry ‘Innocente’, from Valdespino, Jerez at £8.95 or a Castano dulce at £15, the latter particularly good with a cheese board.
In France, in the champagne region, there is a celebrated speciality ‘biscuits roses de reims’, a sugary pink boudoir style biscuit that I have tried to recreate. Actually I think mine are tastier because I’ve added rose water. The recipe is below. Dip these into champagne or sparkling wines such as a pretty pink Moscato, Innocent Bystander at only £5.75 for a half bottle or going more upmarket in terms of pink fizz, an English ‘champagne’ style Nyetimber Rosé Brut at £35.00 or classic champagne such as Gremillet Rosé d’Assemblage Brut at a bargainous £25!
Here are a couple of recipes for you to try at home, the perfect end for a dinner party. 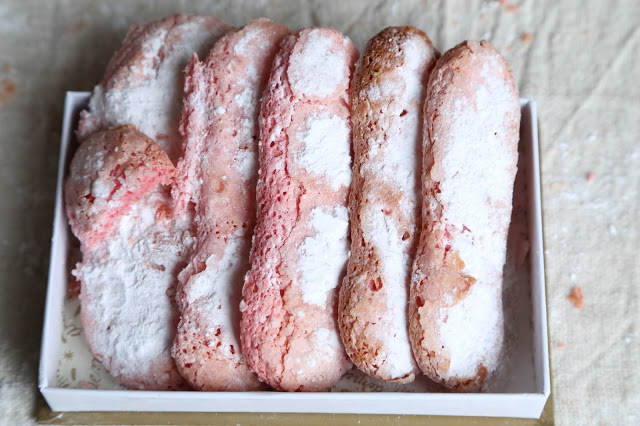 The original recipe is a secret so I spent several days testing and this is the closest I could get to it. I added rosewater which isn’t in the original recipe, and actually I think this is a bit nicer. If you don’t like rosewater you could leave it out.
I’d get out a few bowls for this to weigh your ingredients into, otherwise it’s easy to make a mistake with the order of ingredients.
These will be piped by hand so they won’t look exactly like the Biscuits Roses de Reims but they will look like funky sponge fingers.
Go here to winetrust100.co.uk for the biscuits roses de Reims recipe and also for a delicious
Pistachio cantuccini recipe 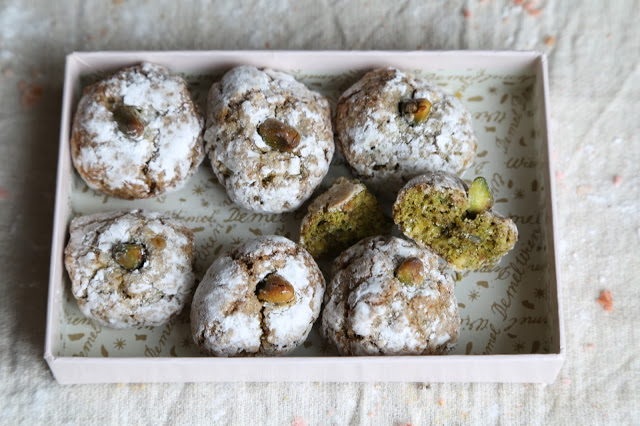 Do you have any biscuit and booze combinations that you like? Do let us know in the comments. 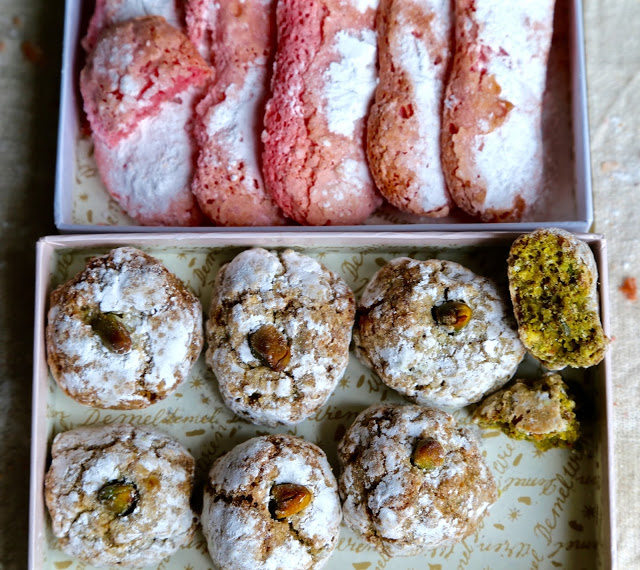