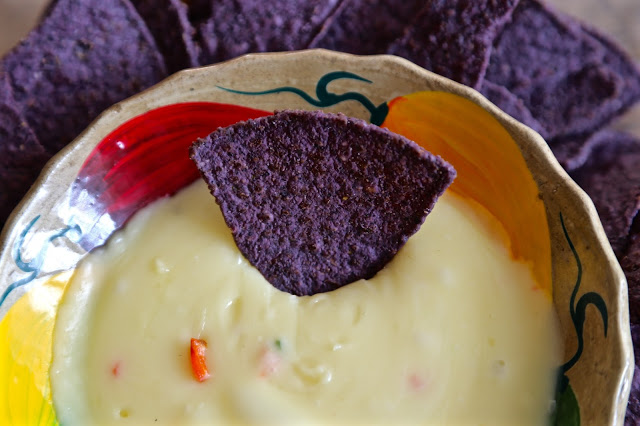 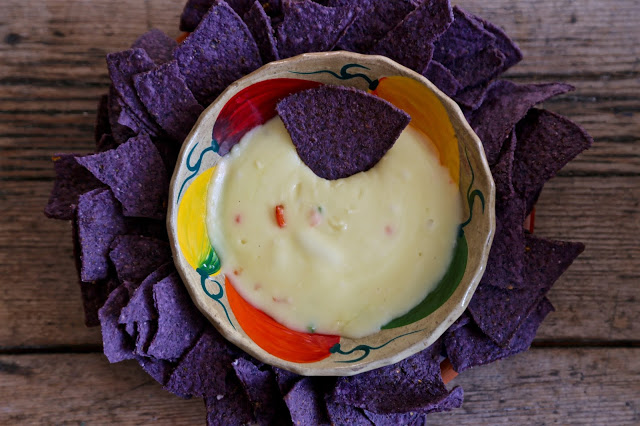 My ongoing love for all things Mexican never abates. While I love authentic Mexican food, equally I adore the trashy American Tex-Mex version of it. Watching ‘Boyhood’ last year, there was a scene at the end where the boy in question and his girlfriend go for midnight ‘queso’ in Austin, Texas which is apparently an exam revision ritual. Queso is Spanish for cheese but in this case it’s not real cheese, but processed and homogenised and a bunch of other stuff is done to it. The dip is probably entirely unhealthy but also bloody delicious.
This is the ultimate TV dinner. Me and my daughter eat it in bed with a big bowl wedged between ourselves and the laptop while we watch X Factor or First Dates or some other trash TV. This is such a regular occurrence that we now have a kind of altar for the laptop called ‘The Viewing Cushion’, which is at the perfect height for us both to watch. Trouble is, it’s kind of hard to find decent queso in the UK although Tesco is selling it. So here is a homemade British version that is more nutritional but fear not, it doesn’t taste at all healthy.
Now ideally it is made with Monterey Jack cheese – sort of the American equivalent of cheddar and gouda, but a bad processed super mild cheddar. I rather like it. The only place you can buy it is Wholefoods and it costs an arm and a leg. I’ve also seen it sold in slices in Waitrose online.
I grow my own jalapeños but those jarred pickled jalapenos work fine too.

Grate the cheddar and gouda and toss them in the cornflour. Put them in a pan on a low heat and add the milk gradually. Keep stirring and do not walk away. (It’s best to make it more liquid at the start as it will start to solidify like a cheese fondue as it cools.)
Finally, add the mozzarella and the chillies. Then, if you want it a little naughtier, add some alcohol like tequila.
Serve warm with tortilla chips.

WARNING: this substance is highly addictive. 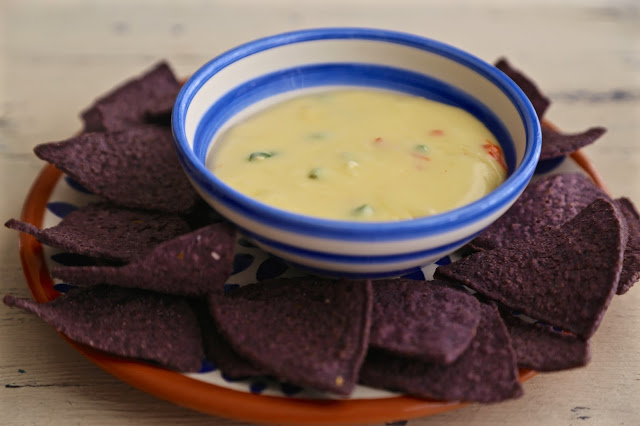 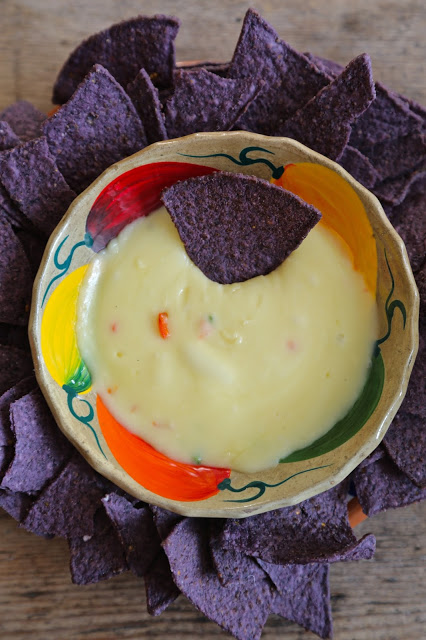 Previous Post: « 10 things to eat and drink in Cretan cuisine
Next Post: Discovering the chewing gum tree in Greece »