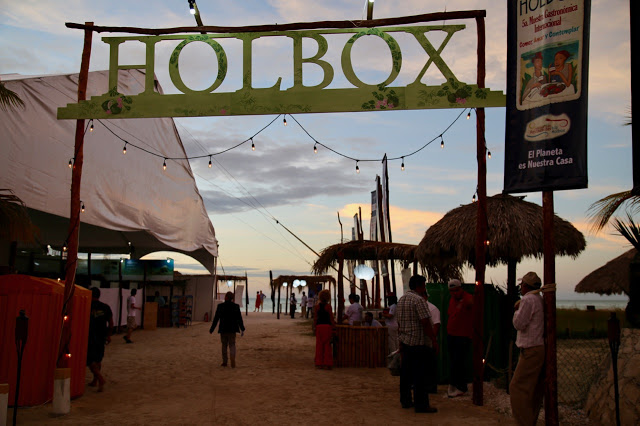 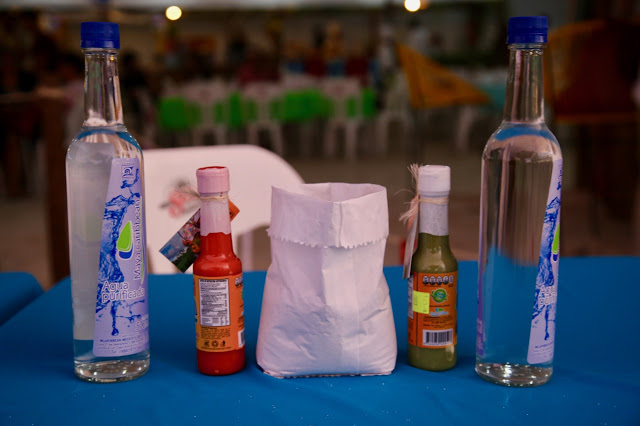 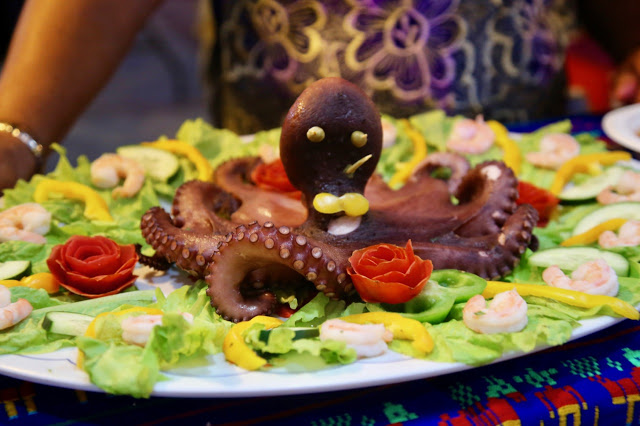 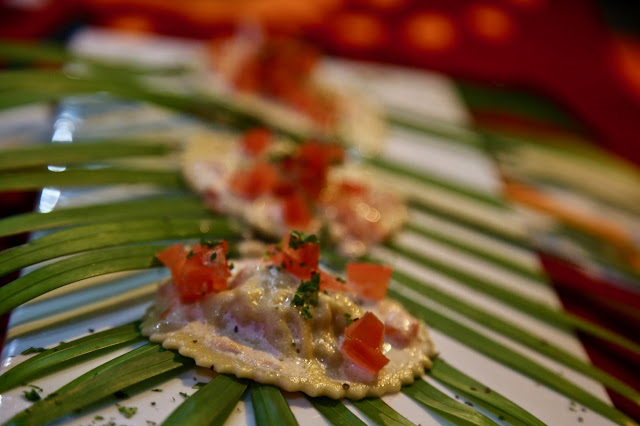 The next series of articles is angled around my trip to Mexico in November. I’m a big fan of Mexican food, which is infinitely more interesting and regional than its heavy, beany, cheesy cousin Tex Mex that Europeans are routinely served in chain restaurants. This is my fourth trip to Mexico, this time centering on the Yucatan area…


I travelled to Holbox, a small island off Cancun, during the supermoon, which hovered over the proceedings like a big ball of backlit concrete. The journey on Air France was horrific: 11 hours in a windowless window seat, cramped, the vegetarian meal ordered non-existent, having to climb over two others to get to the toilet. I actually think flights this bad, open provocations to air rage, should be illegal. We all arrived in a foul mood, and exhausted journalists snarling at one another is not a pretty sight. 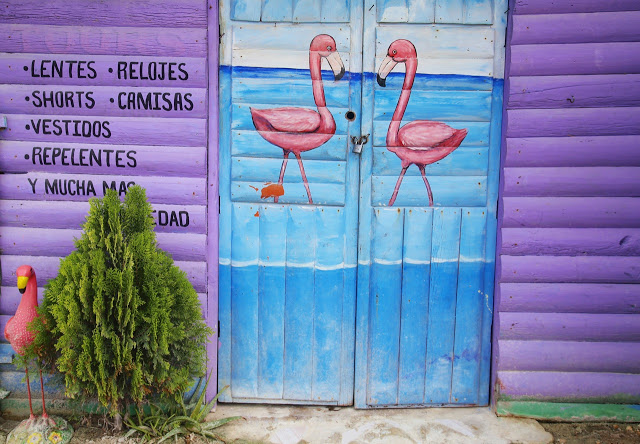 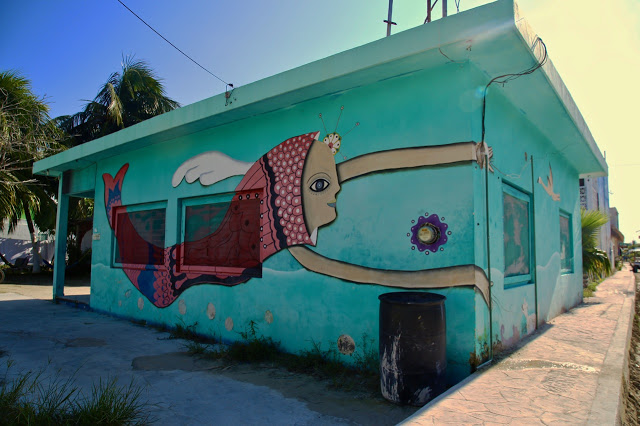 But after a two-hour ride along a dirt road to the northern tip of Yucatan and a refreshing boat trip from Chiquila port, bouncing over dark frothing sea, the island itself is postcard perfect: turquoise seas, bright hammocks, houses with painted murals in orange, aqua, coral and pink, doors with corn husk crucifixes to ward off ‘brujas’, witches. Holbox is, as yet, fairly unspoilt by big business tourism. Much of the island remains wild. You get around via beach buggy or bicycle. 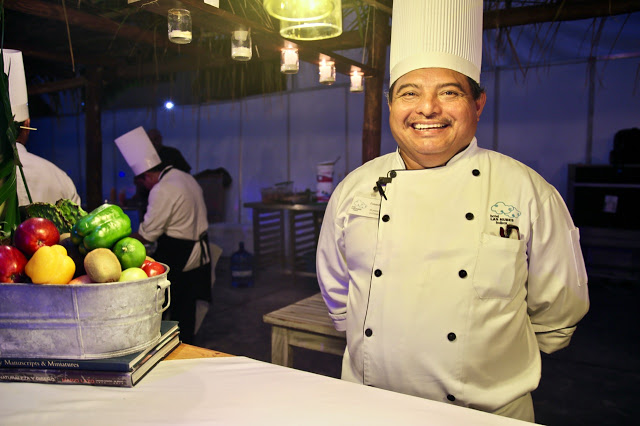 November, the low season before the December rush, feted the fifth consecutive year of the Holbox Gastronomic food festival, which takes place on the beach. Tables and chairs, adorned with multi-coloured chilli sauces lined up like fiery soldiers, stud the centre of a large marquee. The organiser, Denise de Kalafe, is a former musician and there is a large stage: plenty of money had been spent on the music. 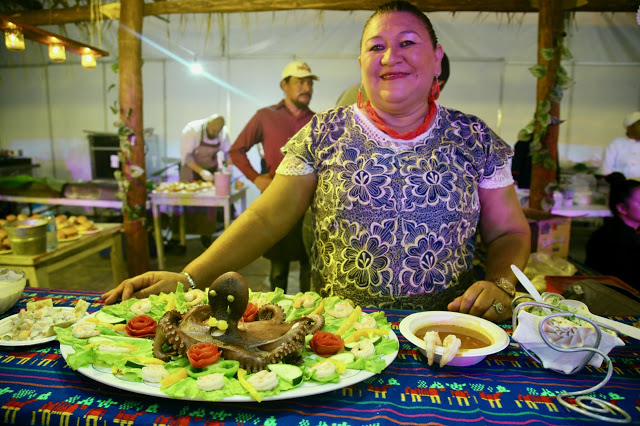 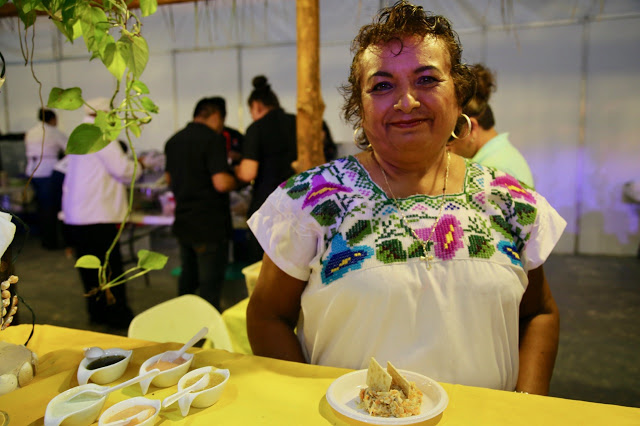 Around the edges are stalls set up by local restaurateurs. The festival takes place every night for three nights. It’s best to attend after the mosquito madness of dusk. Each evening has a theme, whereby the chefs devise intricate dishes featuring the following ingredients: octopus, prawns or lobster. Demonstrating each chef’s craft, stalls are laden with carved melons, breads in the shape of fishes, sculpted pineapples, brightly coloured peppers hewn into star shapes, anthropomorphic octopus cheerfully squatting on platters.

The system, rather like Taste of London, is that you buy vouchers to ‘spend’ at the stalls. 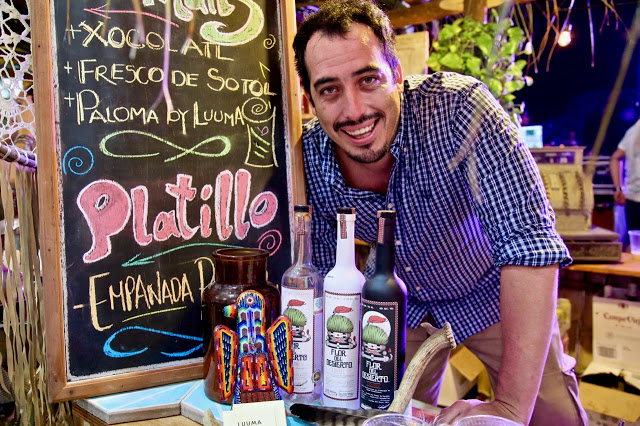 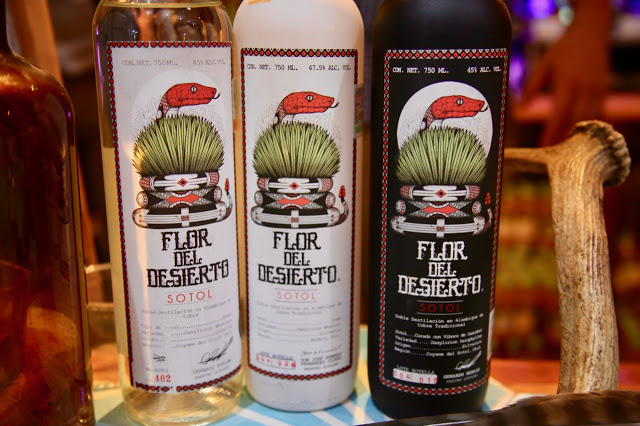 Like Taste of London, the restaurant owners spend a great deal of money bringing the staff, setting up the equipment and ordering the ingredients. They rarely break even. I felt sorry for the accomplished French chef Benjamin Ferra y Castell who had come from Du Mexique restaurant in Cancun. The weeping owner Sonya Grimond, a mournfully beautiful dark-eyed woman with long curly eyelashes and a glossy black film of dramatic hair, explained to me after the festival that this was her first event without her husband, a French chef from Lyon, Alain Grimond, who had died a year previously. She and the new chef hired a hotel kitchen to prepare 2,000 portions of foie gras, as they were given to believe that they should have 400 to sell each night. They sold 39. The rest was chucked. It wouldn’t keep in the heat. Her offering was too haute for this audience. 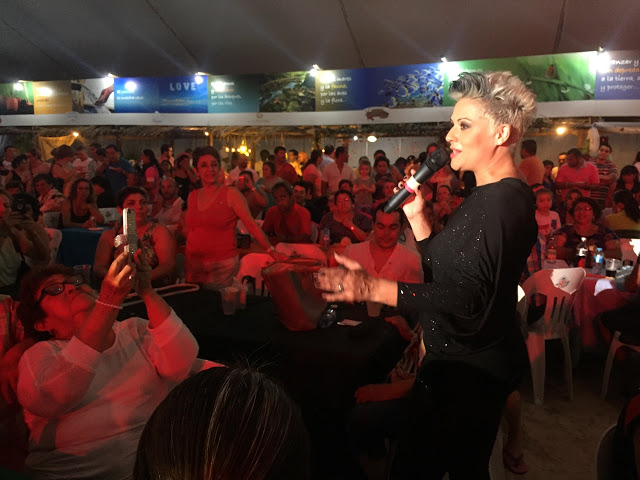 A singer, Noelia, who was ‘big’ 20 years ago, dispensed with the expensive stage and belted (no auto-tune) her old hits while drifting from table to table. Fans clasped her and took selfies and she managed to sing without so much as a bum note, trailed by a silvery spotlight. A complete pro.

This food festival is a great opportunity to get chatting to the people of Holbox, it has the feel of a French ‘fete du village’. Locals, entire Mayan families, dressed up in their finery and sat receptively at tables. The food at the festival tended to be Mexican and European fusion, some stalls featured for instance Italian ingredients which would be more of interest to local people than tourists. Each year however, a different region in Mexico is invited as a guest cuisine, this year it was the prosperous state of Colima who shared drinks and dishes from the Pacific coast. They were also one of the few stalls to have a meat free option of tacos.

I visited the Holbox Gastronomic Festival as a guest of the Mexican Tourist Board. It takes place in October/November every year. Fly direct to Cancun then travel on to Holbox. More info here. I stayed at Casa Iguana hotel and the luxury Las Nubes hotel. There are also cheaper options, such as hostels. Take cash, a hat, sun screen and insect repellent.