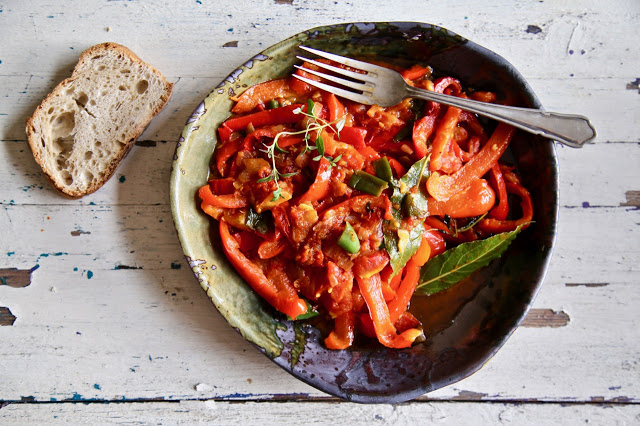 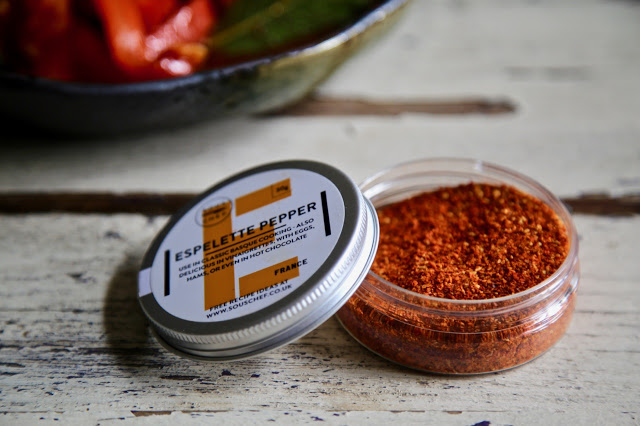 Since my visits to Bordeaux last year, I’ve been regularly using ‘piment d’espelette’, an orange pepper grown in the Basque region of France and Spain. One of the most popular dishes that uses this uniquely European pepper is Piperade.

I haven’t been posting much in March, because of legal problems with my house (again). For years I was a frustrated and unhappy leaseholder dealing with freeholders who charged huge bills and never repaired anything. Now I’m a broke and despairing freeholder. I love my flat – I think this is a special building filled with creative hospitable energy, the perfect location for a supper club. I love to open it up to others, to share my beautiful flat and garden. I’m an Aquarian; I think communally.

But the rest of the leaseholders here are buy-to-let landlords. One of them owes myself and the other joint freeholder £50k in back service charges and legal costs. It’s a nightmare. She’s been making money out of her flat for years but won’t pay towards communal electricity, buildings insurance, quite basic stuff.

I understand why buy-to-let became so popular. It seemed a good replacement for the disappearing pension system (my dad lost a great deal of his pension with Equitable Life, which was touted as a sure bet). But it’s a menace for those of us who use our properties as that old fashioned concept – an actual home. I’m that rare thing, a Londoner from London who lives in London. I love my city. I’m invested in my community. It’s not just a profitable safety deposit box to me.

All last week I had no water in my bathroom because one of the leaseholders who owes us money did some dodgy plumbing in her flat. She doesn’t live here, so she doesn’t care if she affects her neighbours.

It’s really difficult to summon up the energy and joy to write and cook when your safe space, your home, is a battleground. Greedy landlords who want to make money but not pay their way. As a freelancer without a regular salary, holiday or sickness pay, times like this are very tough. But I’m not giving in. I never give up; I’m constitutionally unable to give in. I will keep fighting.

Anyway make this. It’s good. You can replace the green pepper with green chillis if you like a bit of heat. 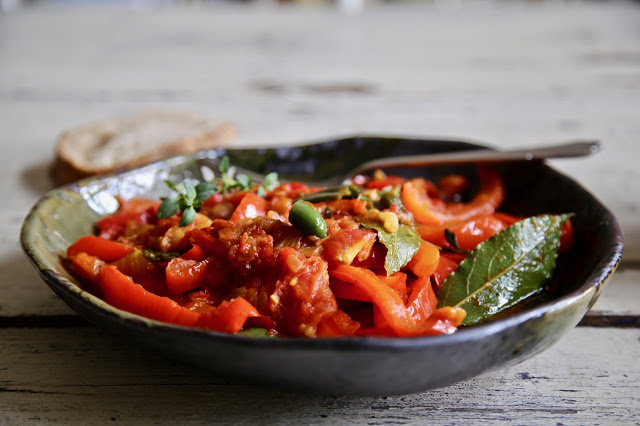 Heat the oil and soften the onions until golden.
Add the peppers.
Add the tomatoes, garlic, thyme and bay.
Add the salt and pepper.
Cook on low for 30 minutes.
Serve as a side or with eggs, rice or pasta.