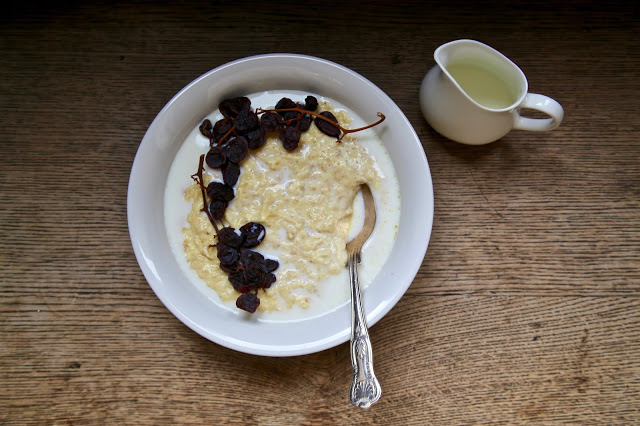 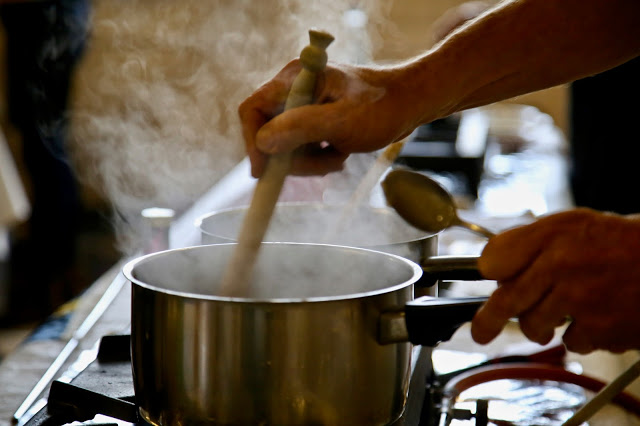 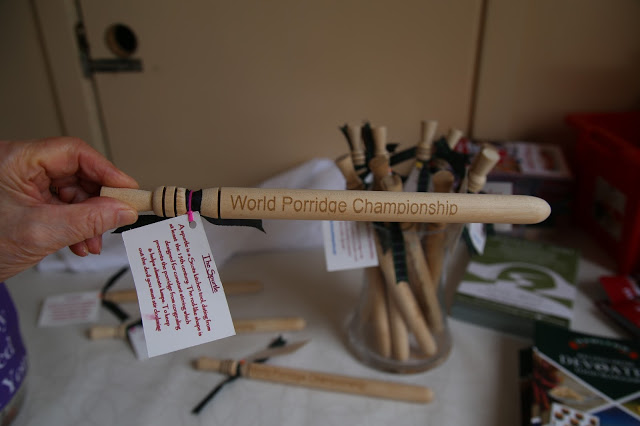 October marks both ‘World Porridge Day’ and the Golden Spurtle World Porridge Championships, the latter in its 24th year. Virtually every culture has some kind of porridge: the Chinese have ‘congee’ rice porridge for breakfast, Russians eat buckwheat ‘kasha’ every day,  Indians have ‘Daliya’ a cracked wheat porridge, Persians have ‘halim’ a savoury wheat porridge. But this closely fought competition takes place in the small misty Brigadoon style village of Carrbridge, in Scotland, arguably the home of porridge. 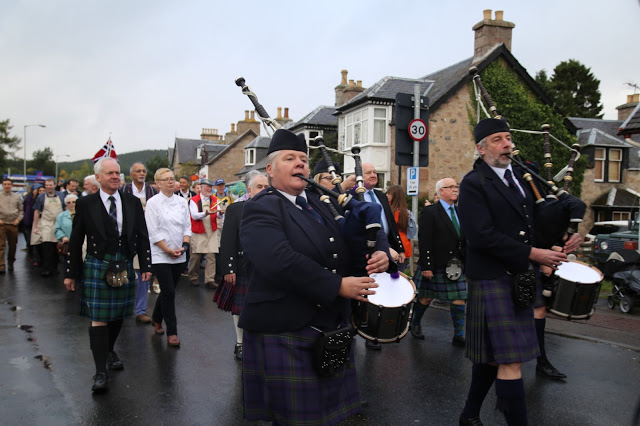 On Saturday morning, during a light drizzle, a bagpipe band in full kilted regalia, piped the 24 contestants into the village hall where the contest would take place. They hailed from all over the world: Iceland, Sweden, Norway, Ireland, England, Switzerland, Holland, and Russia. Last years winner Bob Moore of Bob’s Red Mill, from Portland, USA, had returned to defend his crown. 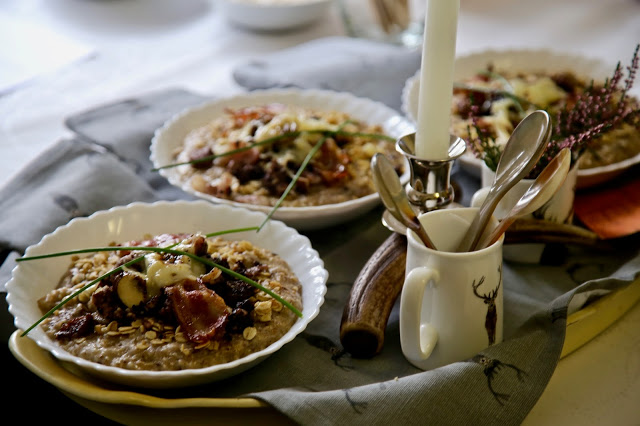 There are two categories to the competition:  classic porridge, which could use only three ingredients, oats, salt and water. Rolled oats are not allowed, only milled or pinhead oats.
In the other ‘speciality’ category, entries included the ‘full English breakfast’ (with cheese, eggs, bacon, sausage and mushrooms) porridge, a porridge frittata, a porridge waffle, a porridge Cranachan, and a blueberry syrup porridge. In the past winners have included a curry porridge by Aberdeen surgeon Dr Khan who always brings his lucky spurtle. 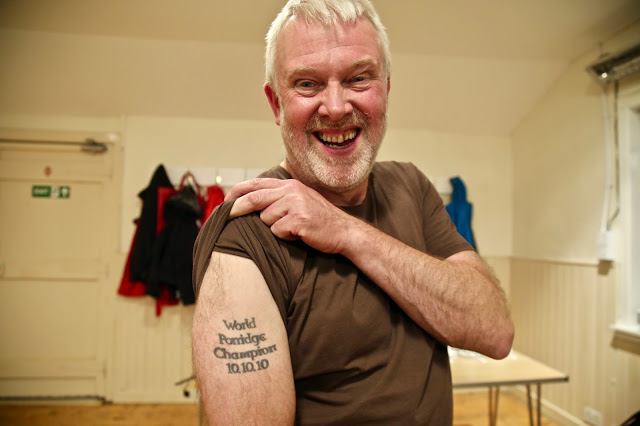 What is a spurtle? Simply described, it’s a thick wooden stick. The thinking is that a spurtle is preferable to a wooden spoon, for porridge does not get stuck in the crevice, although one regular competitor Neil Robertson, who is so proud of winning that he’s had it tattooed on his arm, has invented a ‘double backed’ spoon called a ‘spon’.

“I sell thousands of these every year” he claims. 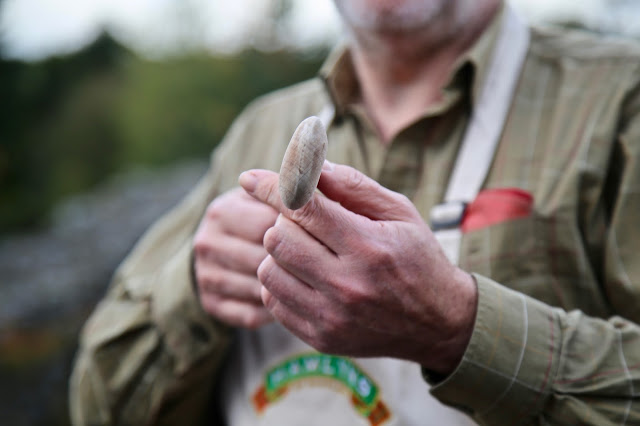 Nick Barnard is so obsessed with porridge that he started a company Rude Health, selling oats. His secret trick is to use a copper pan and whip the porridge rapidly with the spurtle. Virtually all the competitors soak the oats overnight:

‘An oat is a seed, it needs soaking, slight fermentation in order to access the nutrients’.

Some competitors use a mixture of oats, coarse, medium and fine.

‘Fine milled for the creamy texture, coarse to give some al dente bite’ said Nick ‘it’s very much like a risotto’.

‘You need a miserable climate to grow oats’.

The Golden Spurtle has four different heats in which six contestants stand before a double burner: one for the traditional, the other for the speciality.
The atmosphere was tense, an excitable buzz, in the village hall as the Mistress of ceremonies declared:

‘Light your burners’ then

‘You now have 30 minutes to make your dishes’.

The Swedish and the Irish had noisy supporters singing football chants. Watching the competitors I could see that Thorbjorn Kristensen from Norway had shaking hands and a sweaty brow. 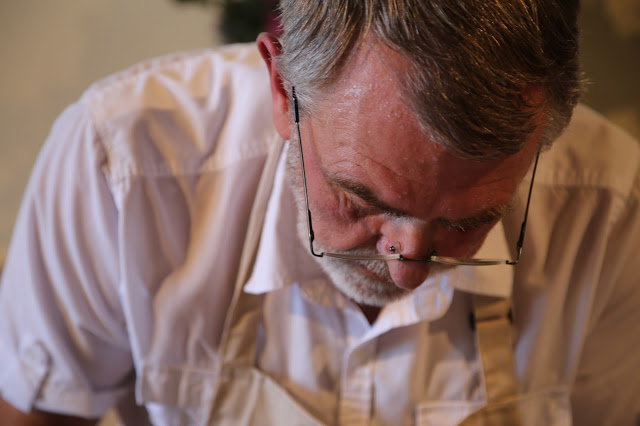 I sneaked backstage to listen in on the judges discussion of the first heat entries.
A series of white bowls containing porridge, from pale to ivory, from stiff to loose, were lined up down the table.

‘This is a bit claggy.’ said one judge with a look of distaste.

I tasted all six bowls of porridge of the finals. It was incredible how different the same ingredients can turn out. 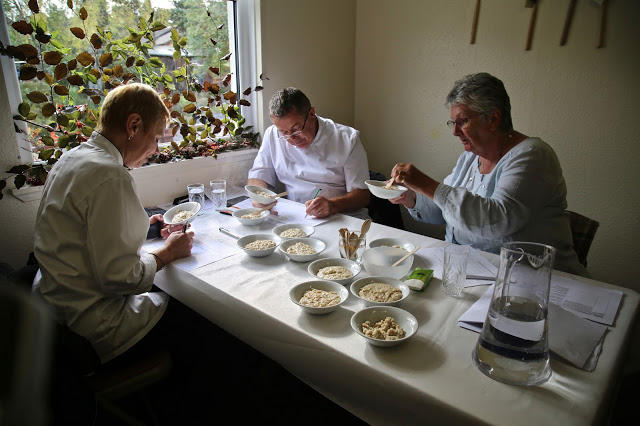 ‘I don’t have measurements I just go with the feeling’

She bounced up to accept her gold plated trophy while wearing a blue and yellow Swedish traditional costume (mini skirt version). Her compatriot Per Carlsson, who practises every morning, won the Speciality category with his cloudberry porridge. 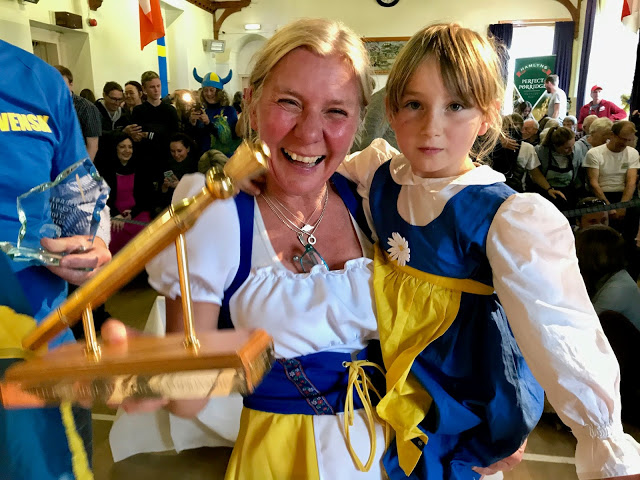 The celebration in the pub afterwards, with traditional Scottish music, was lengthy and joyous. The trophy was passed around while drunken participants swung each other around in a version of a Ceilidh dance.

What did you think of the winner? I asked Nick Barnard.

‘There are two ways of making porridge and I’m clearly on the wrong side of the divide’ said Nick with a brave smile.

‘Do you think the winners are picked for political reasons?’ I probed.

‘The Swedes win everything – the Eurovision and now the porridge championships’ she said glumly.

Will you be back? 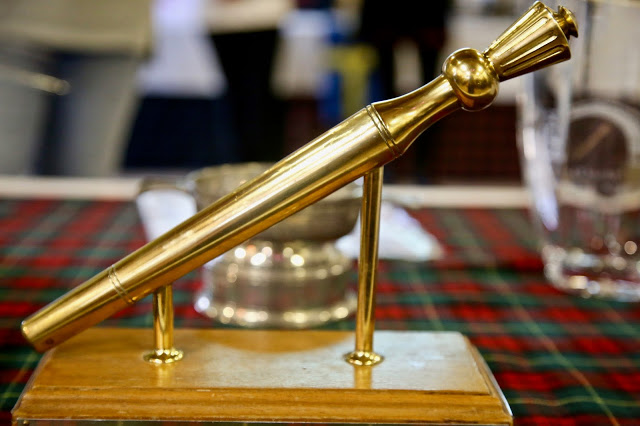 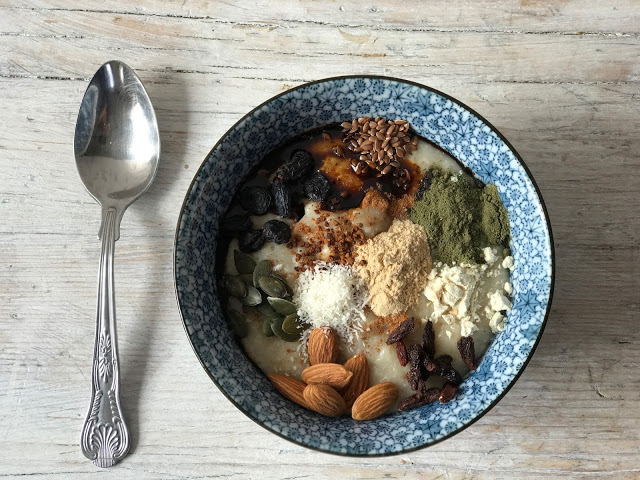 Serves 1
40g pinhead or milled oats, soaked overnight
250ml water
pinch of sea salt
Bring the oats and water to the boil, then turn down to a simmer, adding the salt. Cook for around ten minutes.
To top you can either add one ingredient or several, to make a ‘micro biome’ healthy porridge.
In the version at the top of this post I added dried moscatel grapes to add sophisticated sweetness.
In this version I added 14 ingredients including nuts, seeds, spirulina powder,  desiccated coconut, carob molasses, goji berries, bee pollen, baobab powder. 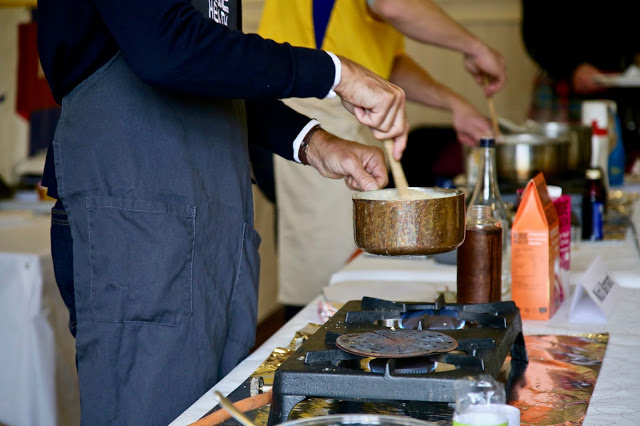 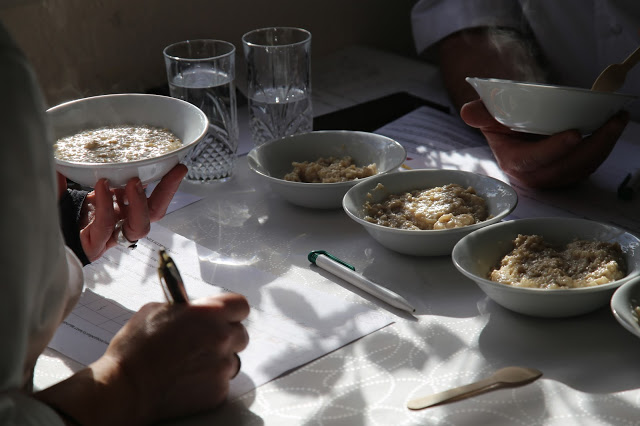 I stayed at Squirrel apartment self catering in Carrbridge, a comfortable warm cottage near the porridge championships.