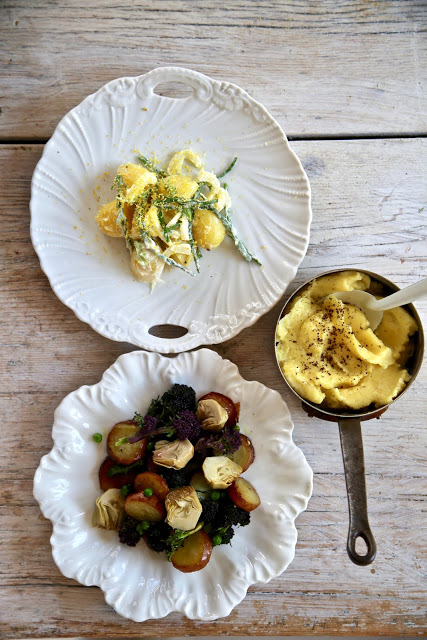 Throughout April, I’ve been yearning for Jersey Royal new potatoes. In usual conditions, the season starts at the end of March but the ‘Beast from the East’ has delayed them by a month. I visited the island of Jersey a few years ago where I met dedicated farmers who would get up, in the middle of the night, to wrap their precious potatoes in fleece, if there was a chill. This year, fields remained covered till late spring.

I was struck by the amount of work that goes into growing Jersey Royals. Each and every one of these tiny spuds is chitted, sorted, graded, planted, ploughed, by hand, on steep slopes or ‘cotils’, where it is impossible to use machinery. Each cotil is intimately known by the farmers; which ones suffer from frost, where the soil is dry or wet, sandy or loamy. The yield is often very low which is why they are known as the champagne of the potato world.

The flavour is in the skins, a slight coppery flavour, evoking newness and freshness. Their distinctive taste comes from the fact that they are mulched with seaweed or ‘vraic’.

It’s an important crop for Jersey: fifty percent of the export market is comprised of royals. They command a premium price, but the UK is pretty much the only market, although the French are being worked upon. (The skins might be a stumbling block to gaining popularity in France; I once cooked new potatoes, leaving on the skins, for Parisian friends who were horrified by this practice.) 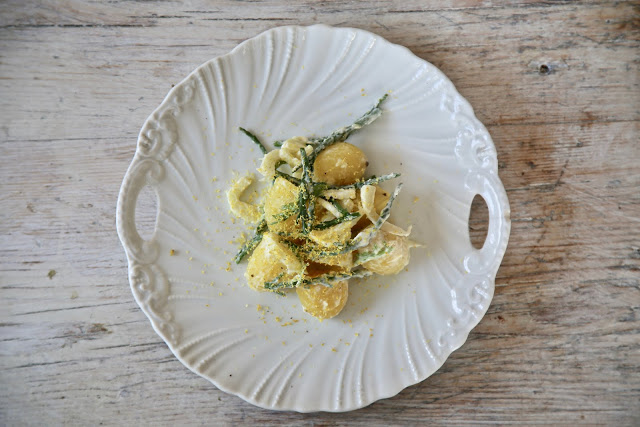 The easiest way to achieve nude spuds is to rub off their skins with a clean tea towel after they are cooked. When wild fennel is in season, use the flowers to decorate the salad.

Boil the potatoes, skins on, in a salted pan of water. Once tender, drain and slip off the skins. Very tiny potatoes keep whole; larger ones, cut in half. Add the creme fraiche while the potatoes are still hot, ten add the finely sliced fennel and the samphire. Finally scatter some lemon zest and season to taste. Can be served lukewarm or cold. 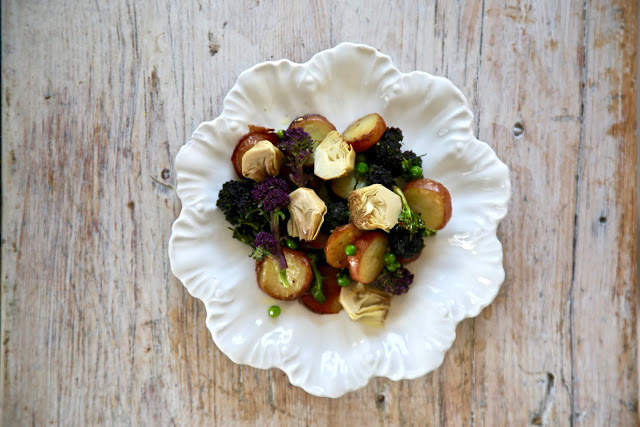 Pour the olive oil into a frying pan, once hot, add the sliced potatoes. They will take at least 10 minute to cook, add the broccoli after 5 minutes, then the peas, garlic and finally the artichoke hearts and preserved lemon. Season to taste and serve hot. 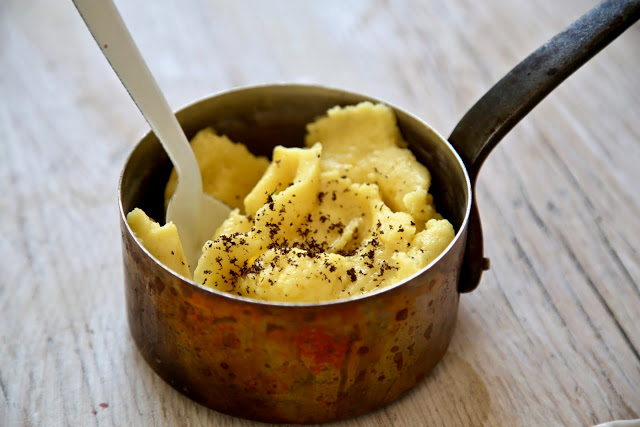 Chef Joel Robuchon famously transformed humble mashed potato into a Michelin-star experience. His technique is time-consuming but worthwhile for a velvety rich purée.

500g of potatoes (when peeled this is around 340g)
160g of cold salted butter, cut into small squares (or use unsalted butter and add salt)
Dash of whole milk
Optional: truffle salt/oil or shaved truffle
Bake the potatoes (with skin) in the oven at 200°C for 45 minutes. Peel and pass through a sieve or a potato ricer. Do both while the potatoes are hot. Put the mash in a small pan on a low heat. Using a wooden spoon, add a few pieces of butter at a time. Beat vigorously and constantly. Finally, add a dash of milk to loosen. Season and serve. 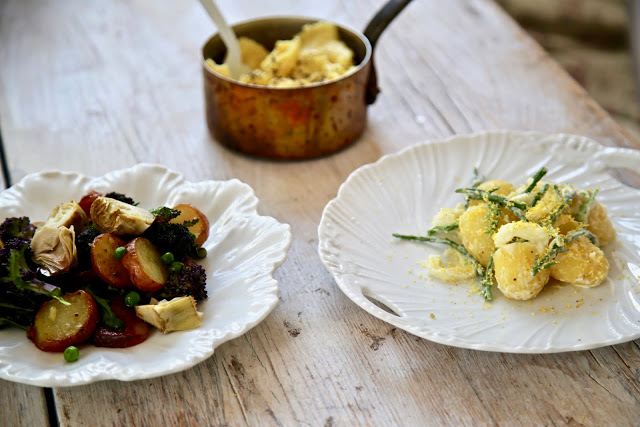 Previous Post: « A day with Eric Lanlard on P and O cruise ship Britannia
Next Post: Edible flower recipes for May »