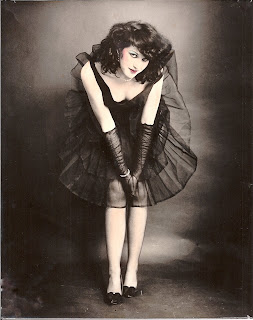 Today I can ask a man to marry me. “The first documentation of this practice dates back to 1288, when Scotland passed a law that allowed women to propose marriage to the man of their choice in that year. They also made it law that any man who declined a proposal in a leap year must pay a fine. The fine could range from a kiss to payment for a silk dress or a pair of gloves.” How lovely!
Have been looking at houses in South London. The long hard trek to find a place to live. I won’t even consider anywhere with uPVC windows, laminate flooring and the general publics’ idea, picked up off ‘Changing Rooms’ and the like, of home decor, for which the pathetic vendor adds 100 grand to the asking price. Give me swirly orange and brown carpets and untouched architectural features anytime. Or plain white walls and floorboards even. No I dont want your fitted kitchen from Wickes. ugh.
And South London… well I do come from mixed parentage. Mum from Thornton Heath and dad from Holloway. But I’ve always been a North London girl. Despite recently discovering that Merton is located within the skirts of the goddess.
Wimbledon is posh and seems to contain never ending “quartiers”, Wimbledon village, Wimbledon town, Wimbledon tennis, South Wimbledon, Downtown Wimbledon… It’s a bit like Highgate but really far away. Do these people even consider themselves to be Londoners?