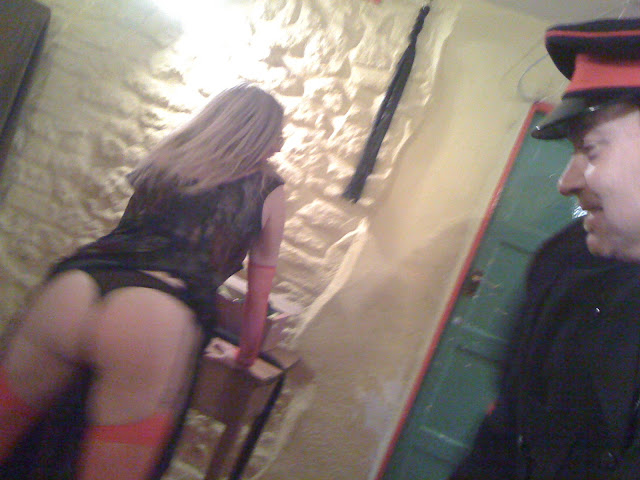 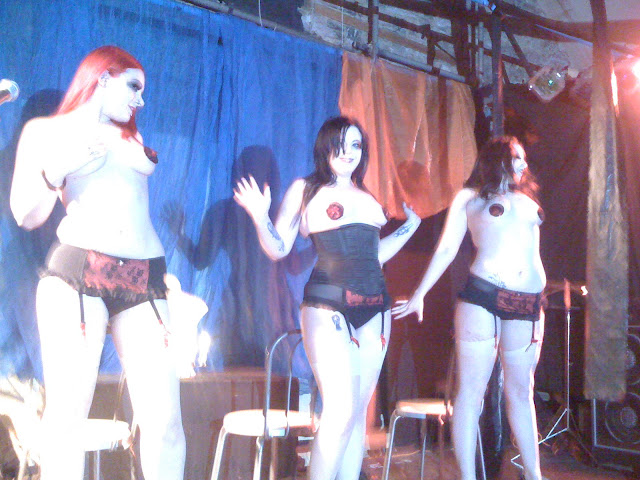 Glastonbury Fetish night, as another friend said …it just sounds wrong doesn’t it? The first such event in the area, there were several complaints about it in the local newspaper.

Drove down with Naked John to help him sell his eco-whips, made out of recycled bicycle inner tubes. It was held at the Assembly rooms. My experience of this ‘scene’ extends to a few nights at Torture Garden, some reading, a bit of role play, lively accounts from friends…and a desire to explore what makes me tick. Torture Garden in London is visually beautiful, girls that look straight out of Allen Jones sculptures and paintings (the guy that made the coffee table for Clockwork Orange).

Fetish Glastonbury-style is a whole other world. You cannot, however, fault their enthusiasm and a kind of charming naiveté. Now to be brutally honest, provincial perversion just ain’t what you get in the Big Smoke. Grandmothers in PVC, boys in eyeliner on leads, hippies who have thrown off their scarves and gypsy skirts for the night and dug out a Dorothy Perkins bustier in red satin, a pill box hat and a gold clutch and heels.

Snatches of conversation overheard, a plaintive:

Glimpses of naked male bottoms in the changing rooms, struggling into leather chaps. A buxom trio in the ladies toilets… put it this way I was one of the thinner people at this soirée, country aesthetics being a little more generous than in the city. The camp classic film ‘Faster pussycat, go, go’ flickered on the walls. The security guard wore his own hand-woven hairy green camouflage outfit, a combination of Rambo and King Kong.

I met a couple from Plymouth (how appropriate) called The Heretics.

“Beltane, Beltane, release us from our chains
We fuck on fields of corn and grain
Come worship the tangle of the goddess”

(Did I hear that right?)

One lady in red rubber kept asking for my email and saying she wanted a young slave: a) I’m not particularly young and b) I’m not gay. I felt a kind of cruel contempt towards her arising within me (what’s that about? answers please). Some other trussed up women kept trying to drag me on stage. At that point my evil dom side came out and threw the more insistent one on the floor. I think she enjoyed it though! Great thing about people in very high heels, they are so easy to topple over.

I did try and help John sell the whips…one bloke (a local politician?) bent over a hastily erected whipping post and asked to be whipped. So in the interests of salesmanship, I thought I’d have a crack at it. Well, several loud yelps later I realised that, as I play surdo drum, I have a strong right hand. I felt like charging him a quid a stroke. Then he did his wife, who was a game girl with a pink bottom. They didn’t mind pictures being taken at this event, part of the innocence, I suppose. The things I will do for my Puckish friend! John, fey lad that he is, spent most of his time prancing about in his rubber posing pouch and a green feather boa (hints of the Green Man, so Glasto-appropriate), culminating in a stage performance in which he was on all fours whilst the lady in red tickled and teased him with his own eco-whip. John got annoyed when the large dominatrix joined in, uninvited.

By the end of the evening, several of John’s whips had been stolen, he made a net loss, but he had a wodge of phone numbers and private “appointments”.

I was so tired after the drive I fell asleep like a rag doll on the nearest surface which happened to be the whipping stool..

The next day we wandered around Glastonbury, visiting the ‘Glastonbury Experience’, a kind of hippy Disneyland with shops: ‘Starchild’ selling herbs, ‘Venus’ selling goddess clothes, a fortune teller, a notice board advertising full moon rituals. A man played flute next to the cashpoint, a beggar sold sage and juniper bundles on some steps, tourists wandered by, having discarded their usual jeans and fleeces, wearing long skirts and ethnic clothing for this trip.

Late afternoon, the professional hippies woke up and were to be seen sweeping along the cobbled streets in long black cloaks, purple gowns, Merlin-style head wear.

We visited the Magdalene chapel but it was closed as usual, although Sunday nights at 6pm they have sufi whirling. 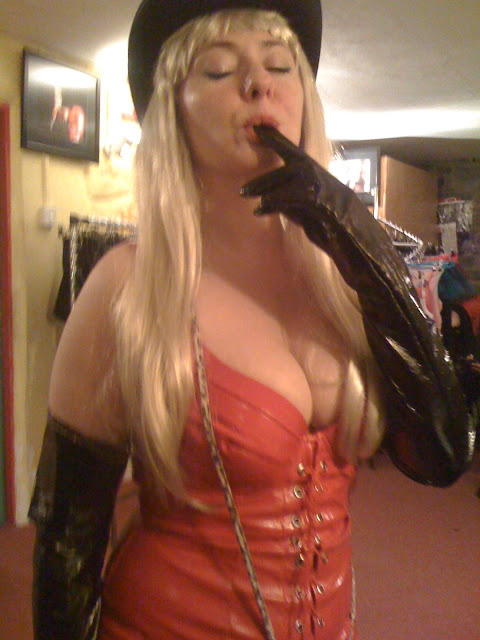 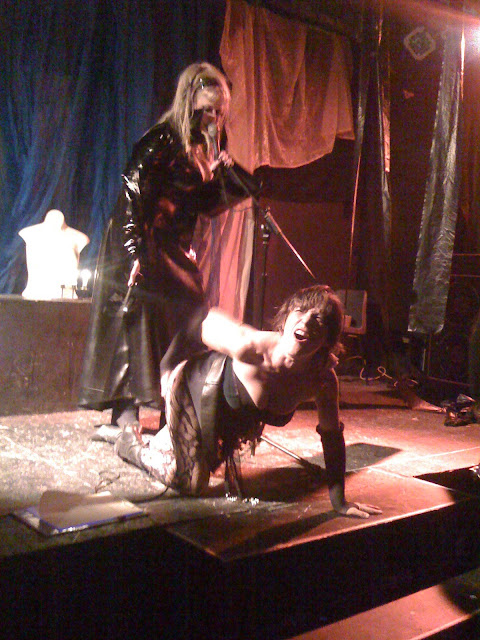