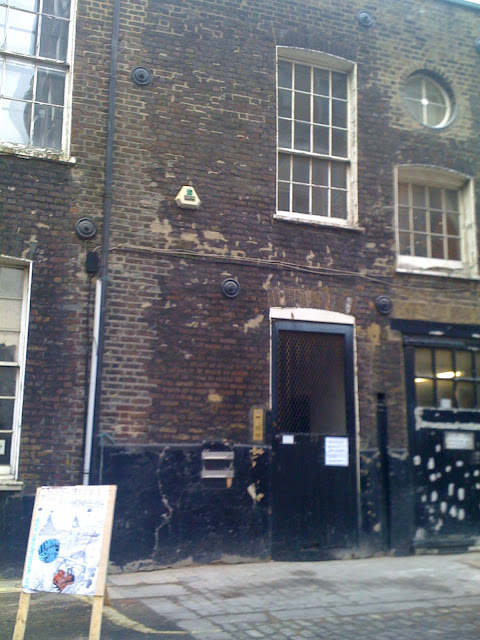 The occupied space in Mayfair. 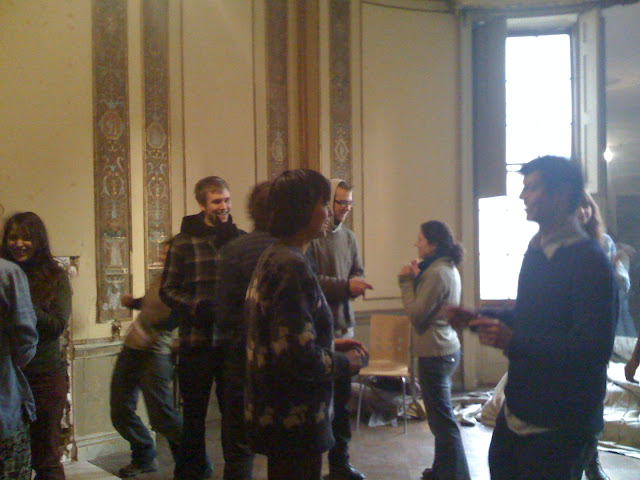 Drama workshop during the ‘free school’. 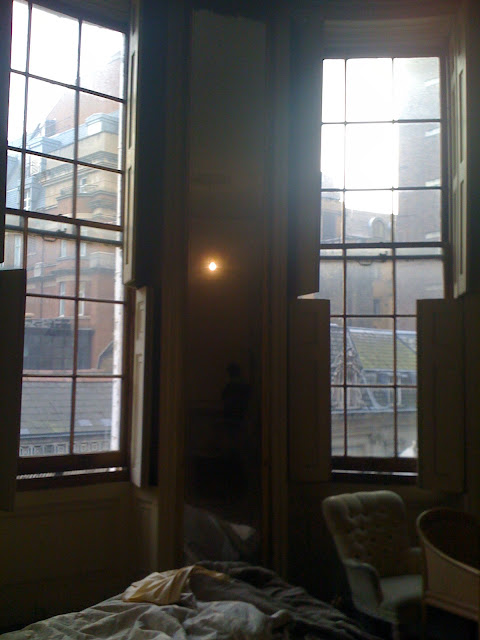 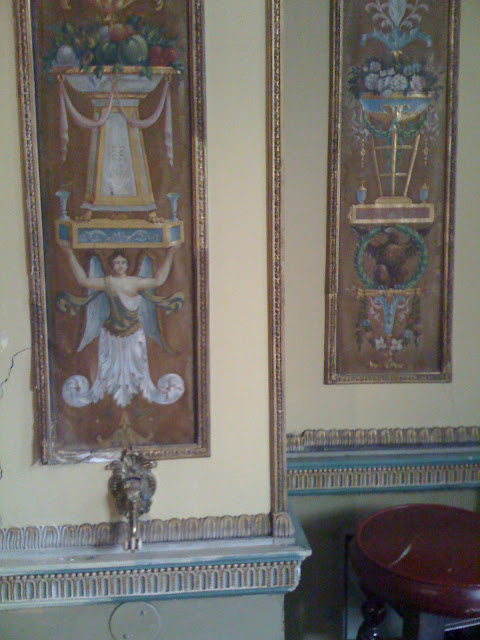 More architectural details from this Mayfair house, abandoned for 30 years. 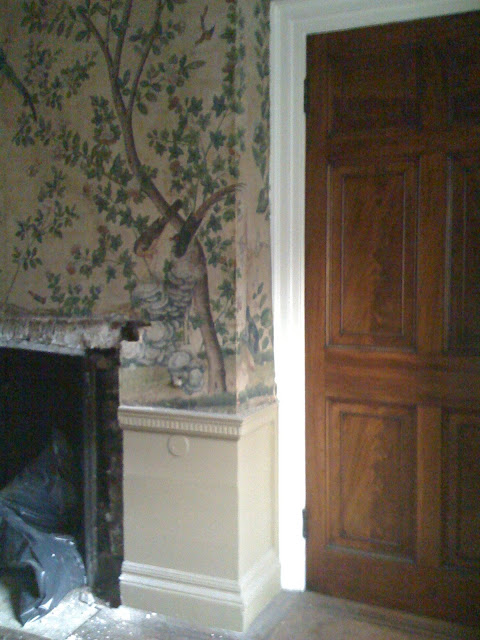 The elegant room with the priceless wall-paper. The squatters have been careful to make sure that nobody smokes or drinks in that room. 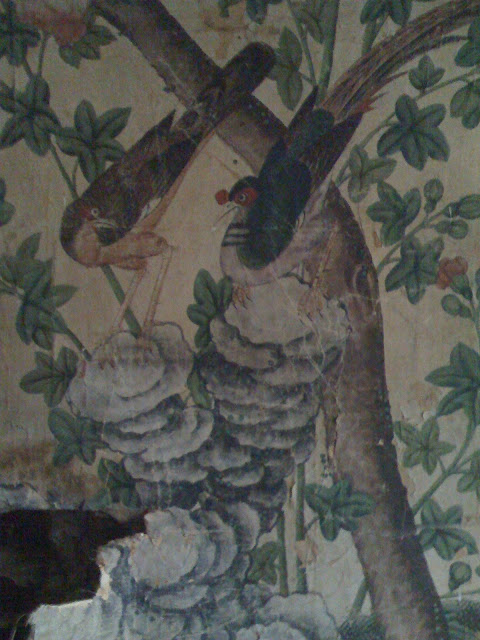 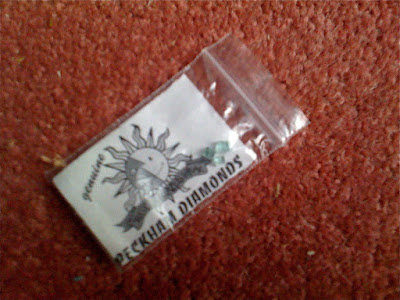 ‘Peckham diamonds’ from ‘The Spike’ squat in Peckham; these are actually bits of smashed windscreen. Very witty. Rather like Del-boy’s Peckham Spring water from ‘Only Fools and Horses’ ? 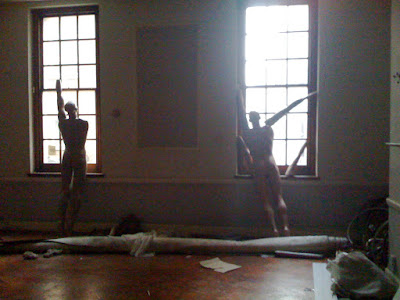 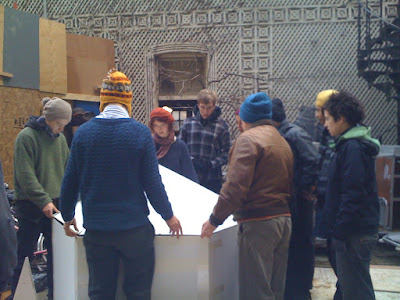 Learning to build flat pack yurts which could be used as emergency shelter in disaster relief in the courtyard. 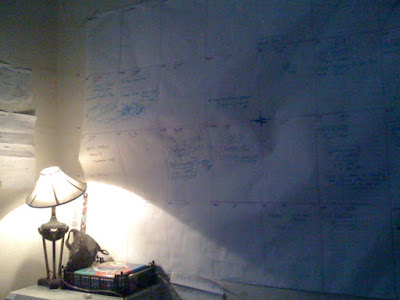 Free school schedule on the wall. 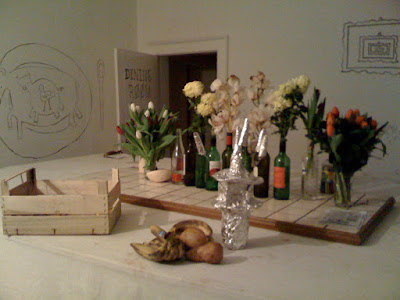 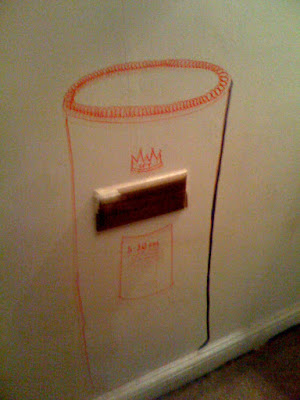 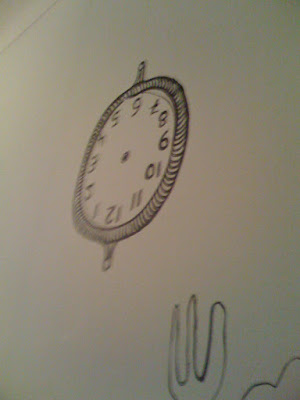 Last week I visited the ‘Temporary School of Thought’ at ‘Universecity’, an ‘occupied space’ in Mayfair, one of London’s most expensive quarters. (And one of the most expensive properties in the London Monopoly game).

This building has been unoccupied since the 1970’s when it was last, illegally, used as office space. It is listed as being for ‘residential’ use. Around the corner from the Royal Academy of Arts, Fortnum’s food hall and opposite Green Park, this building dates from the late 18th century and is an architectural gem. As previously mentioned in a post about squatting, property owners deliberately leave buildings to rot in the hope that they can demolish and build more profitable spaces (flats? Offices?) on valuable land. The owners of this building reside off-shore. Squatters are, rather than the crack-smoking freeloaders as depicted by the press, frequently the saviours not the destroyers of valuable buildings.
I was shown around by Claire, an 18 year old girl glammed up in bright red lipstick and a leopard print furry coat. The press have shown interest, just as they did with this group’s last squat in Grosvenor Square. No surprise, this group of young people are living out a dream, inhabiting graceful millionaire’s houses in the centre of London.
The squatters work hard escorting visitors on almost continuous individual tours around the building. They have been in residence about a month. The solicitors for the absent owners have been in contact. Despite friendly negotiations,  court proceedings were issued last Thursday for eviction.
The squatters are generally young and male (it is my observation that girls tend not to squat in the winter); they are art students and activists. One of the men in residence was part of the Stansted airport protest last month.

I said to Claire: “Strange I heard nothing about that beforehand, no rumours at all…”

Claire: “Nor did I, and I know him! He explained to us afterwards that anybody that was interested in the protest was told to come to a meeting well prepared. Bring everything they would need for a few days in the cold. People who wanted to participate in the protest were warned that there was a strong possibility of arrest. After the meeting, anybody that didn’t want to take part in the protest was not allowed home and was taken to a flat and kept in hiding. This way there would be no leaks.”

Last week there were workshops in role play, finger-dancing (doing hip-hop and break dancing with your fingers, easier than with your body eh), yurt-building, de-schooling, home schooling, films and traditional French book-binding. They also cook dinner for about 70 people at a time, using mostly ‘skipped’ food from local supermarkets and restaurants. At one point about 20 people left to build tree houses in Green park, using rope and wooden platforms. They didn’t last long. I attended the ‘hexayurt’ building workshop run by Vinay Gupta. Afterwards we had an interesting discussion on the energy wars. This is real education. I just wish my daughter didn’t have to spend so long at school.